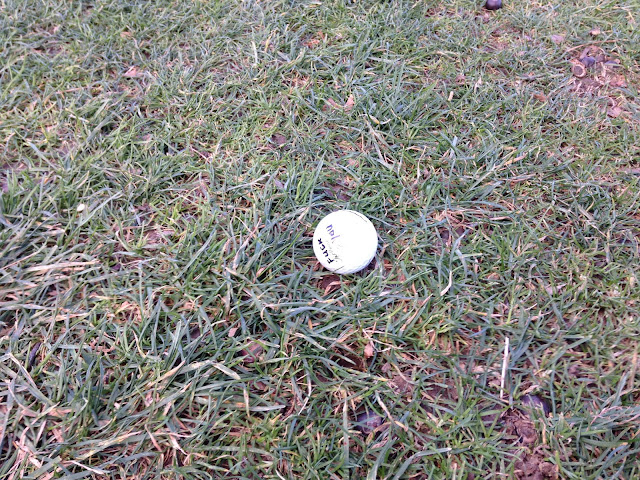 The other day I played 27 holes in three and half hours at Silver Lake. The weather was nice, ideal you might even say--temperatures in the low 40s, calm winds, and cloudy skies which for whatever reason seem to make the world feel less cold. 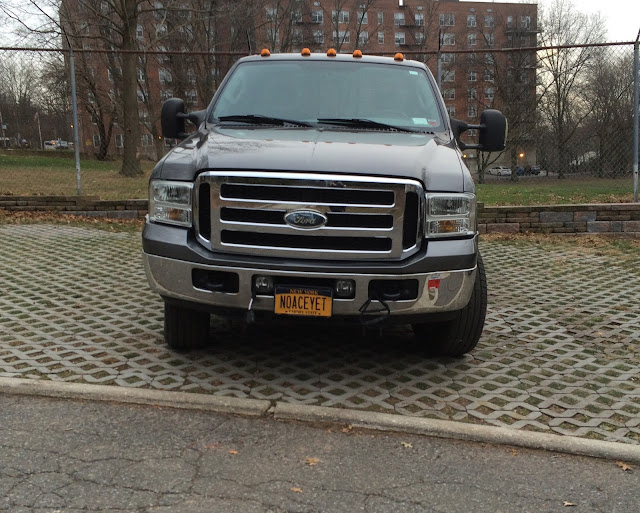 The course was crowded, surprise, but maybe because this is sort of a holiday week. So at the turn, rather than continue on to the back nine stuck in this game of slowgolf, I seized an opportunity and replayed the empty front nine; by the time I'd finished that, the back nine was clear for takeoff. 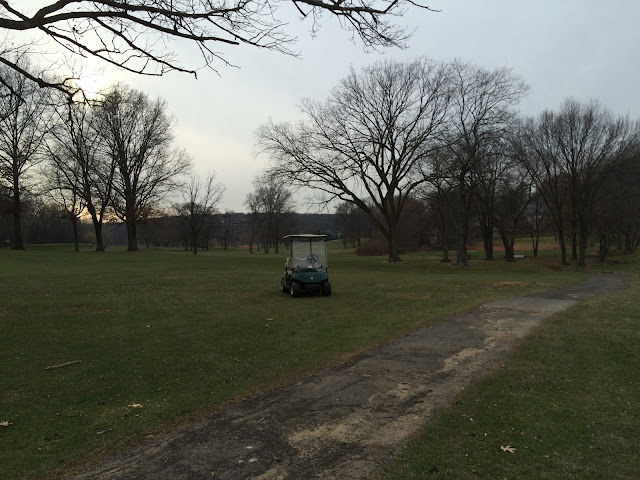 Deep winter golf is its own separate universe where many of the usual golf course rules and restrictions and formalities don't apply. It is wild and free. They hand you the keys at the pro shop you're pretty much on your own. In the winterworld there are no starters, no green fee tickets to hand over, no waivers to sign for the cart rental etc. A lot of trust involved in this annual suspension of the usual rules, but then again it's no surprise that those who would who play through these kinds of conditions tend to be upstanding people. Alternatively it could just be that it's too cold for worrying about shenanigans. 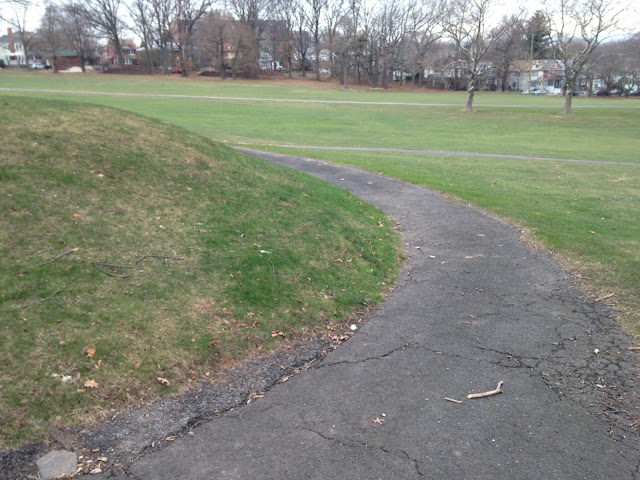 A few holes got away from me, but that is wont to happen in a harsh unforgiving winter landscape. While the temps were bearable, a lot of the golf course was still frozen from last week's arctic cold spell. A lot of balls bounced hard. You needed a hammer to get a tee into the ground. Those not quite that prepared spent a lot of time stooped over, hunting for pre-existing holes. In a couple desperate moments I resorted to making a little heap out of dirt, and setting the ball on it. 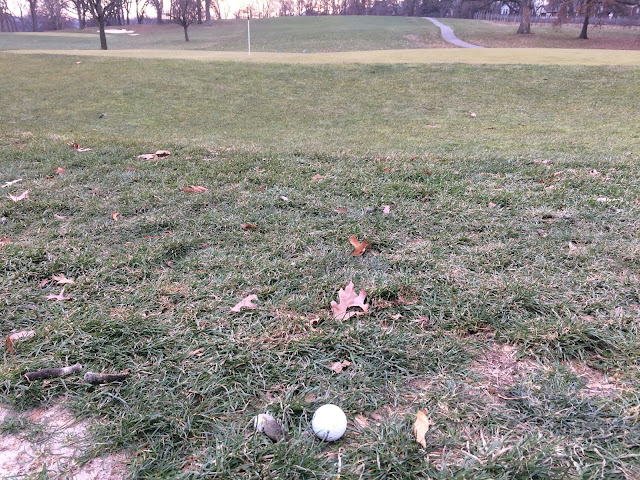 Yet it was probably my favorite round of the year. There were moments of real ballstriking aptitude. More importantly I found myself deeply engaged in the gameplay. I flirted with disaster, I gambled, strokes were lost, balls were lost. I muttered foul language at imaginary foes. I punched the air in defiant jubilation. I lived goddamnit. I chased after pars with desperate enthusiasm not felt in a long ass time. I dared to imagine such feats as driver shots curving right to left. Long irons actually reaching their target. In periods of prolonged sucking, the course can seem so long and unforgiving but today it felt somewhat manageable. For the first time in a while I could stand on a tee, even of a long par four, and envision paths toward pars or God willing even better. 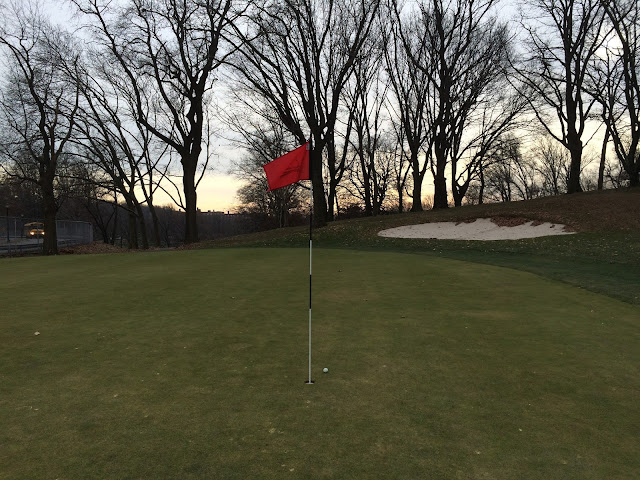 With a scant few days left in the year, I managed to sneak in a few little personal highlights to file under 2016. The approach shot of my year was a six-iron from 168 yards to one foot. Sand save of the year came off a downhill lie in a wild, neglected bunker, surrounded by hundreds of fallen tree nuts.

In the best moments of recreational golf you tend to suspend your usual worrying over swing mechanics. Not to say you don't still wrestle with the same issues, but you tend to set aside your more bullshit goals like having a cool-looking swing and get down to the more important business of maneuvering the ball around.

While this wasn't the first time playing in a long time, it did feel like a new beginning of sorts. To be honest, in a perverse way I came to enjoy my status over the last year plus. Of a wanderer, drifter, haunter of driving ranges. A bitter, cynical outsider to the golf course. Right now for better or worse, it feels like I am back in it. Good timing I guess. The courses are in fine shape and the extended forecast looks extremely favorable. The wintergolf lately is as good as you could ever hope for.
Posted by Legitimate Golf at 3:56 PM