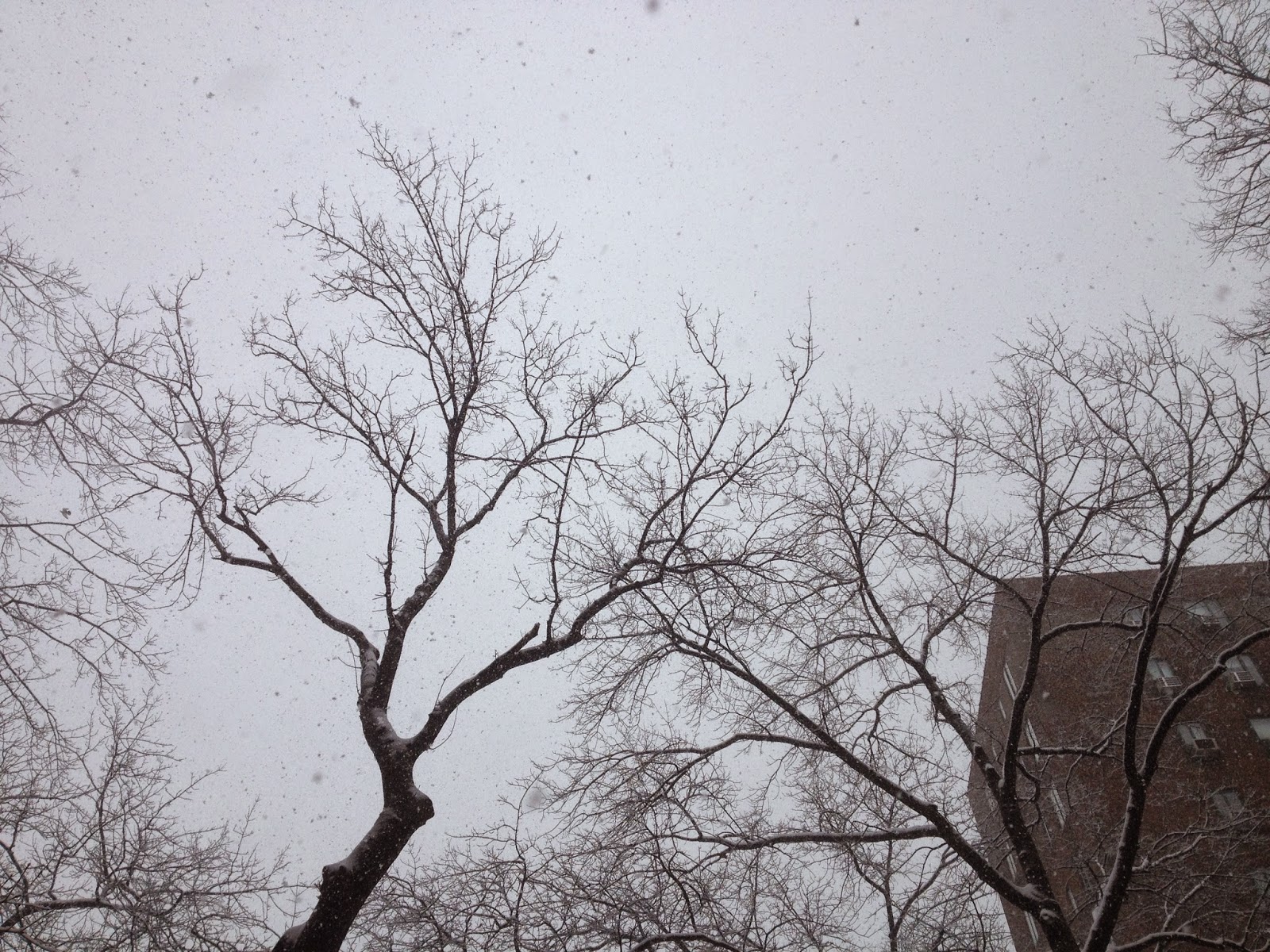 Winter has set in. Deep within, even though it's now March. In my mind's eye I can no longer conjure up visions of golf, as it is played on a golf course. I can't do it. The memory is just too distant. At bedtime, in those fleeting moments between waking and sleeping I might receive a faint glimpse of a golf memory from the past, but it's hazy and short-lived.

If golf is a kind of microcosm, then this is winter is a cataclysm of apocalyptic proportions. A total, world-shaking upheaval. Where there was once golf there is now nothing. Yet this is a blog about golf, and so it must continue to be written. Because this blog is a thing now, it is bigger than just me. It must, it will, it does carry on, even in a total vacuum of golf-related content or new happenings. 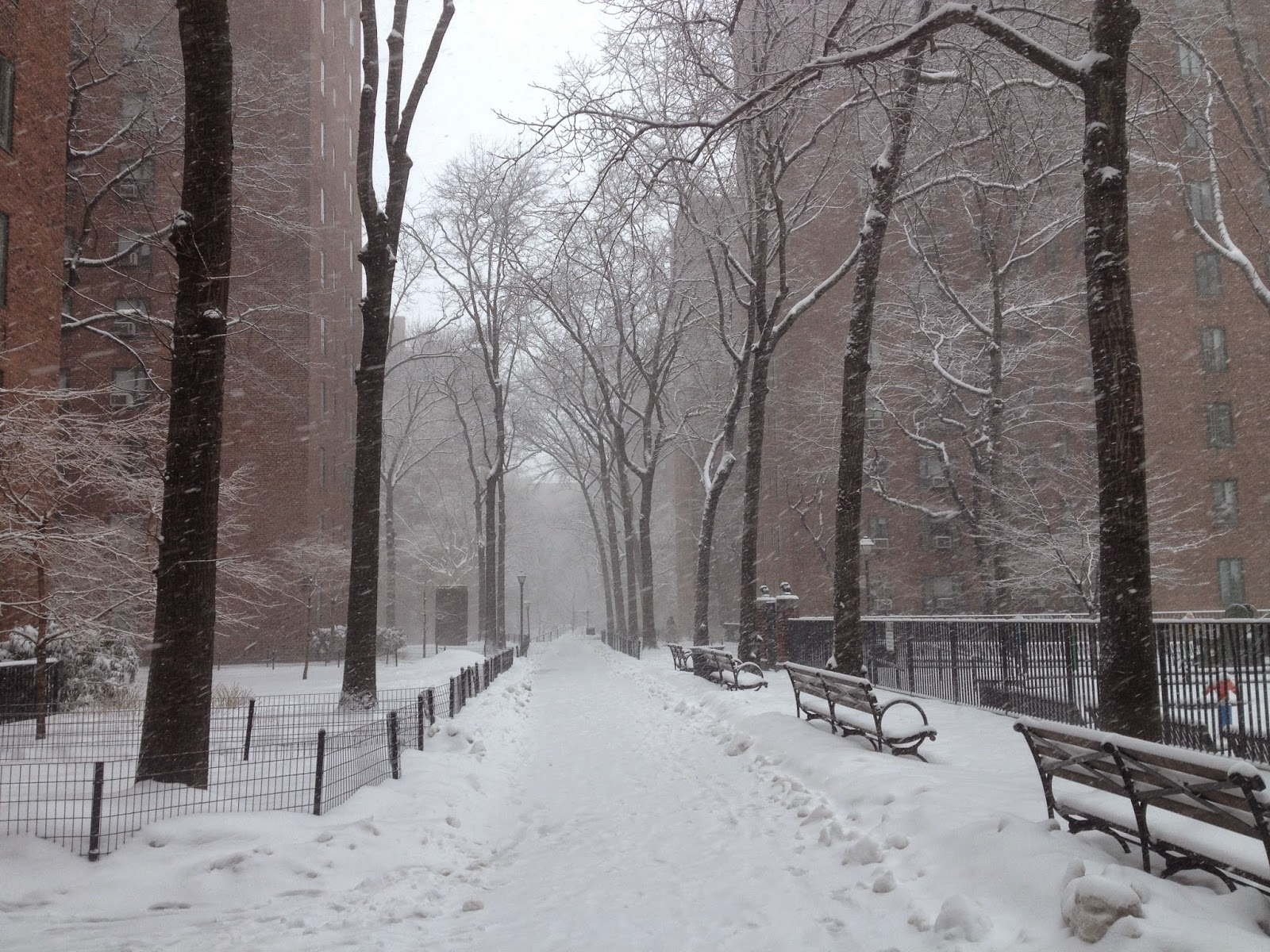 For those of you with your heads up your temperate asses, understand that it's still hard times for golf enthusiasts in the Northern latitudes and the outlook is still very bleak. Here in the city we're coming off the coldest February in 80 some years, which means for the overwhelming majority of people alive right now, it was effectively the coldest February in fuckall ever. Well, look ahead, you might say. February's in the past, you might say. Warm days are just around the corner. Well screw you-- it's still icy cold and more snow is on the menu for the week.

Not for nothing, all those global-warming/climate-change jerks, it's now officially time for them to be rounded up and bent over barrels. Okay, so humans are probably destroying our ecosystem with idiotic wanton ways--TRUE. But IT'S NOT A WEATHER ISSUE. Cocksuckers. Climate-change jerks don't know jackshit about the weather and what it's going to do. Nobody does. Year-to-year the weather does not follow any discernible pattern. It doesn't now, it didn't back when weather started being recorded and goddamnit, it probably never did. 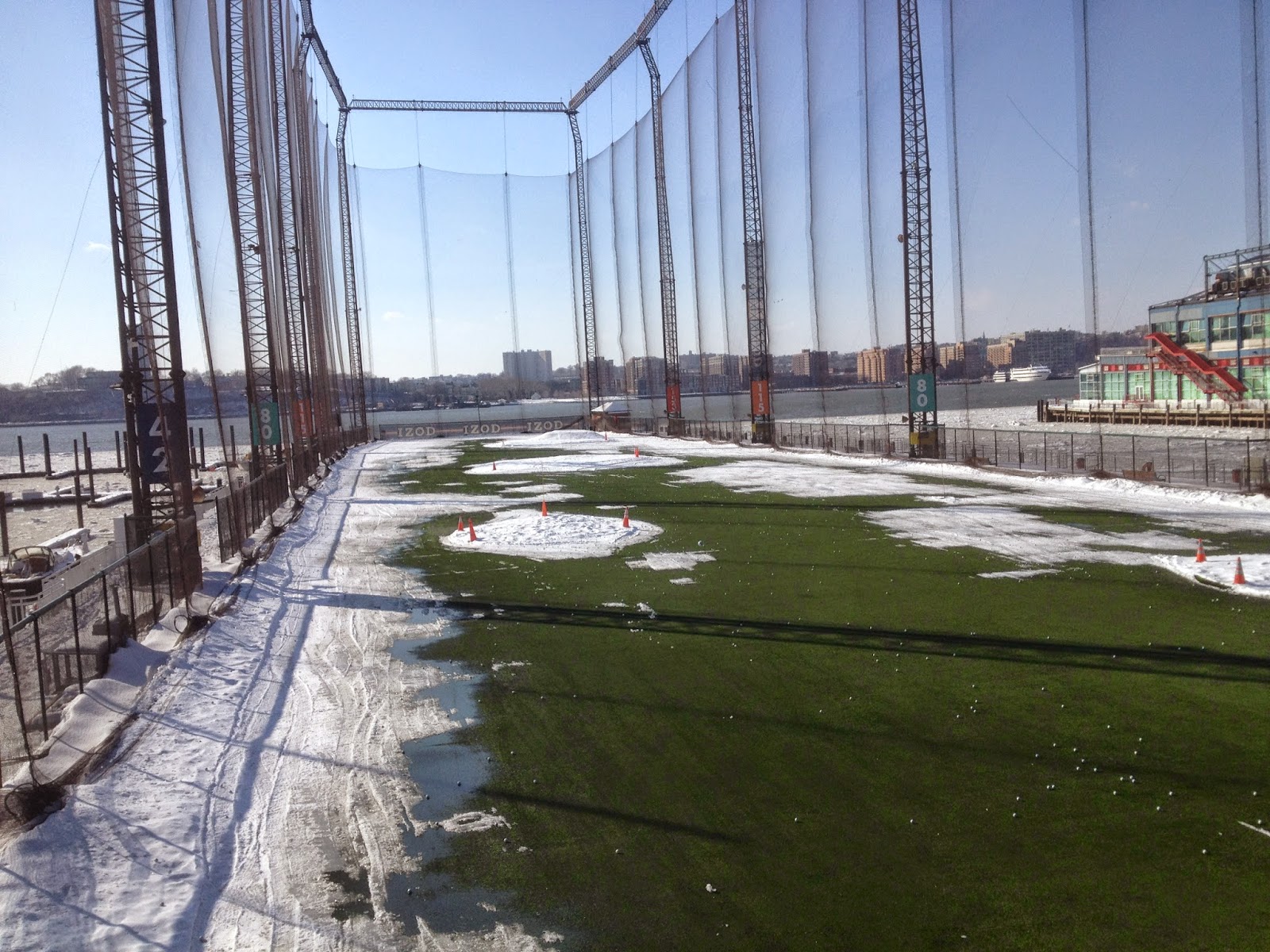 Okay, with that out of the way let's talk about golf. I'm visited by some weirdass thoughts lately. Like now, I am thinking that whenever we finally get to play some golf here again, I will no longer "care" about my scores. I am over it. Don't worry, I'll still do my best on every shot and follow the rules of golf, but I'm no longer going to chase a certain number and/or base my happiness on whether I met the goal that day. More like, "Whatever happens happens."

Not sure what all this is about. During our this Winter Of Our Exile I've been on a regular diet of range balls, along with copious practice swings in the living room; occasionally I'll chip wiffle balls up onto a sofa or bed, too. Even though I stopped technically being a golfer over a month ago, I still love the golf shot and been practicing it this whole time. So right now in theory I feel great about this so-called golf and my potential ability to play it. When that time comes of course.

At the close of the last season I started to hit greens in regulation at suspiciously high rate, and I even showed signs of remembering how to operate the putter again. All signs point to good play in 2015. Mentally balanced people in this position would be awaiting the coming Northeast golf season with great eagerness and hopes of shooting some better-than-average scores. Yet right now my attitude could be described as "Eh." I believe that this winter has actually killed my golfing spirit and hence the newfound outlook. It's a fine line between having no more shits to give, and being "Zen" apparently.

The old me would be striding, literally in a jog towards the golf course on the day it opens, all gung-ho and jacked up on optimism, probably armed with some sort of nerdy game plan to break 80 or whatever. 2015-Me on the other hand simply ain't got no time for that shit. 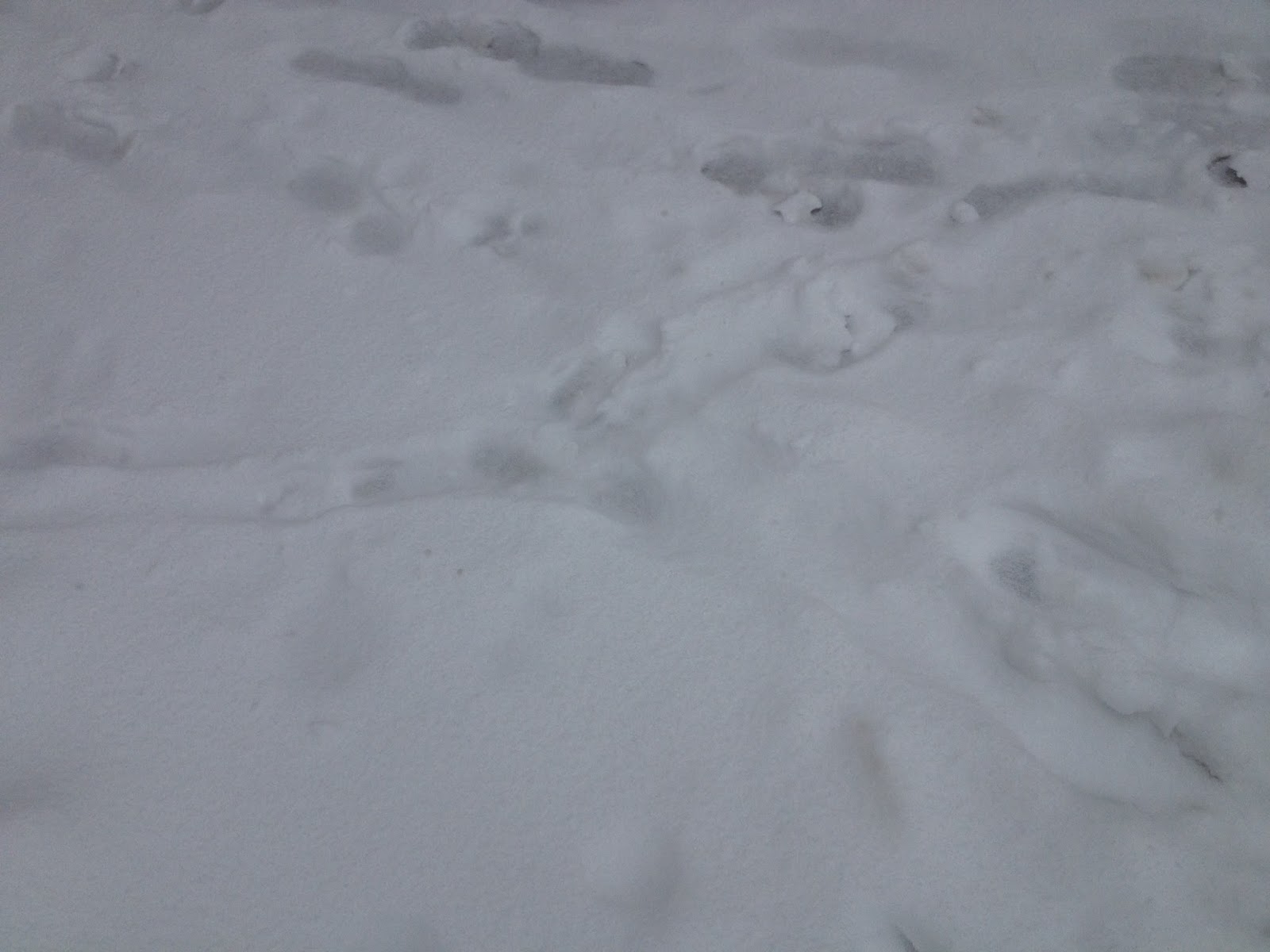 But let's be rational about the whole practice of recreational golf here. If I bust my ass and manage to shave some pesky few strokes off my handicap... how's that affect the bottom line? What do you know, it doesn't. Maybe in a loser fantasy world this sort of bullshit amounts to something, but I am afraid I am simply too worldweary and embittered for that. I have come to the sad conclusion that my handicap is just another meaningless number in a universe overflowing with them. 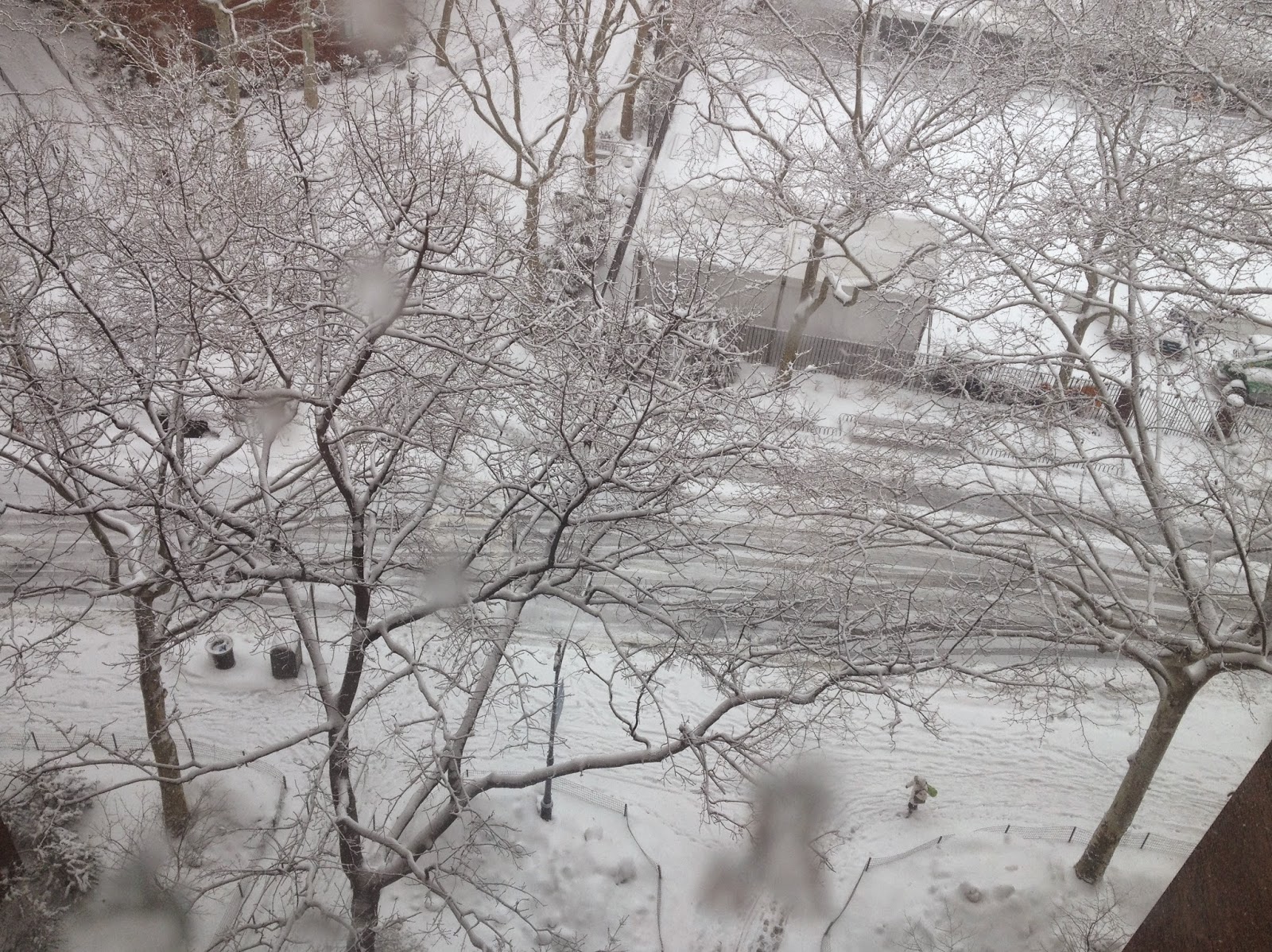 And maybe I am just scarred by the long winter. As in, this is what happens when you give yourself over wholeheartedly to some pursuit: you get fucked in the ass (metaphorically speaking of course) whenever the fickle weather prevents the pursuit of that pursuit. So why set yourself up for heartbreak? Better to hedge all emotional bets, to just content yourself with safe, indoor, year-round activities. Crossword puzzles for example--they're both intellectually stimulating and time consuming, and no nasty offseason withdrawals.

Again, I can't tell if this is bitter resignation, or just me practicing that Buddhist ideal of non-attachment.
Posted by Legitimate Golf at 11:52 AM

Email ThisBlogThis!Share to TwitterShare to FacebookShare to Pinterest
Labels: 2015 winter season, delirium has set in, desperation