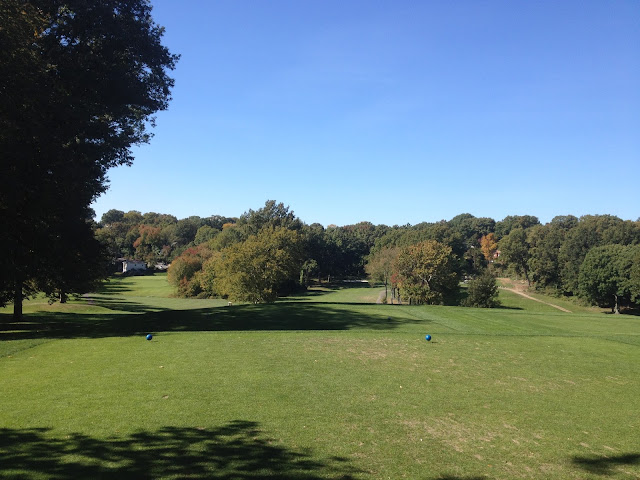 A whole calendar month had passed, so I finally broke the spell and slogged on over to Silver Lake. Mentally I'm still on a moratorium, but a month sure is a long time to abstain from anything. Plus it's an unseasonably cold day, so maybe there won't be hordes of golfers on the course this time.


But no luck. Another busy day as usual. When I started coming to Silver Lake two years ago, it had more of a ghost town feel, a golf course on its last legs maybe. But management has somehow succeeded in drumming up some business, and now every day is like Sunday. The rest of the golf universe might be contracting, but good old New York City and its typical out of step ways, is just getting warmed up.

The round began as it often does here. A well-meaning starter sends me out alone ahead of some slow groups on the first two holes. Things go swimmingly, I start to feel happiness and the joy of golf, but then a few holes later I butt up against the inevitable slowdown and just like that a dream dies.

I made the turn and teed off on the tenth hole. By the time I got down to the fairway some new problems had emerged from the trees--a new foursome that had been let out ahead of me. When I teed off they were nowhere near the fairway because they were scattered all over looking for balls. After a couple shot attempts it was plain to see that none of these old men could consistently hit a ball past a hundred yards, so I stuck a tee in the ground to mark the position, grabbed the ball and sped off to the next tee. 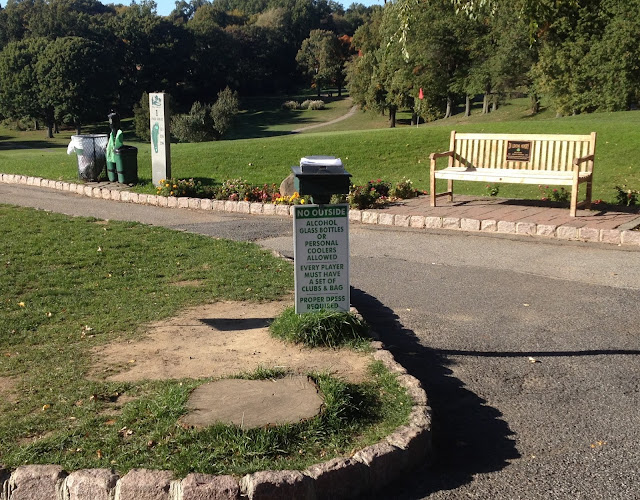 The back nine appeared fairly clear, but after just one hole of freedom I butted up against the people ahead. They were just a twosome, and they followed another twosome ahead of them. But that didn't matter because all parties involved were typical NYC people--bad at golf and bad at etiquette. For the rest of the round I mostly reclined in the cart with feet up on the dashboard, staring at the screen of my phone, trying to find a happier place.

Sitting in that cart freezing, I thought to myself: I'd rather be at work, and soon as I did I realized that something had died, that an era was now passing into history. It was a pretty dark moment, and in it I seriously wondered about the future; would I ever come to Silver Lake again? Is this the end of ghetto golf as I know it? Do I care? Of course I was being a little dramatic at the time. Didn't help that I was struggling with pop-ups all day.

By the time I tapped in on what I thought was the last hole, I was pretty spent from all the waiting, the regret and the bitterness and so ready to get back home. Then I remembered I still hadn't finished the 10th. So I drove back, found my stupid tee poking out of the fairway and put the ball back in play. Absentminded, I sliced my third shot into the hazard abutting the right side of the hole. 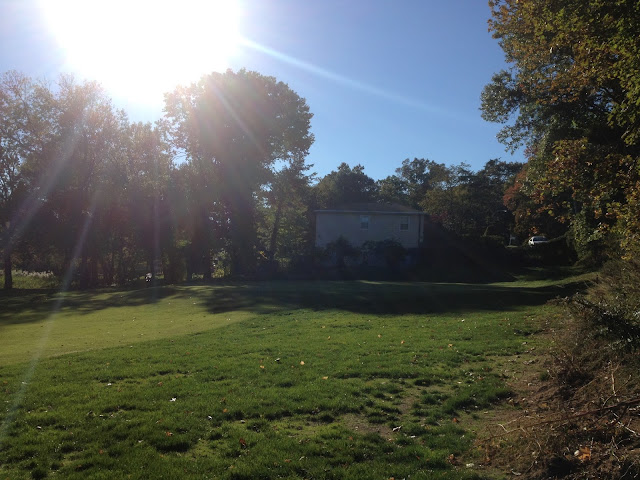 Why won't this humiliating, God-forsaken workday end already? I dropped a ball next to the hazard, about forty yards from the hole (see photo above); it fell into a dusty, bare lie--not that I cared. I grab a pitching wedge and make a fearless swing, too disillusioned to care about the lie, or consequences. The ball comes out a little low, but its backspin grabs on to the green. It rolls like a putt for about twenty feet, taking the severe right-to-left break perfectly and vanishing into the hole for an asinine miracle bogey to cap off a bloated, infected round of ninety-something. What a world.

Posted by Legitimate Golf at 2:15 PM