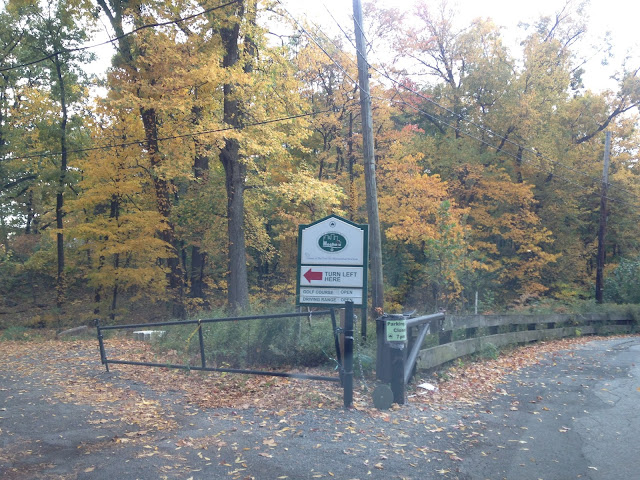 There are three 18-hole courses in the Bronx, and all are well known by city golfers. But nestled deep inside the borough there's actually another course, a well-kept secret. It's the only nine-holer in the city and the most-easily overlooked node in the whole NYC golf network. 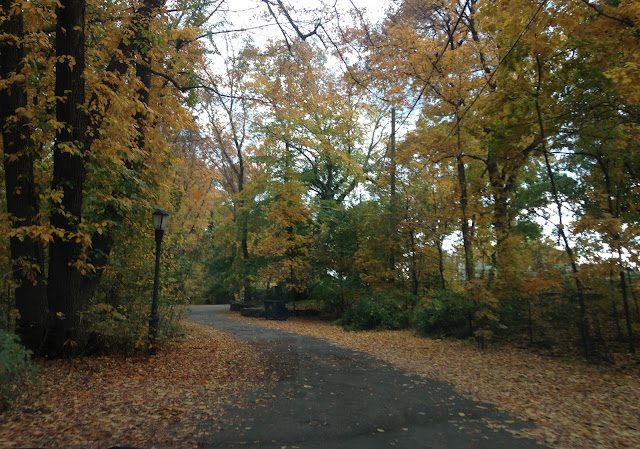 I first came to Mosholu ten years ago, not long after the addiction first took hold. At that time I was still exploring, finding out piece by piece what this city had to offer golfers. Back then there wasn't a whole lot of local golf information available online, and whatever I did manage to find about Mosholu was hazy. I half-expected the place to be defunct by the time I got there. On a map it appeared to be directly accessible by subway. I found out the hard way that it's only barely true. The walk is long and tedious. It was open, but barely. On a cold winter day, there were maybe three people on the whole course. I played a desolate round, went home and proceeded to completely forget about Mosholu for the next decade.

After parting ways I went on of course to become a grizzled city golf regular. I developed my habits and favorite haunts, played rounds all over the five boroughs, none of my plans ever including sad little old Mosholu.

Times changed; I'm no longer a regular anywhere. Nope, these days I'm a drifter in the world of golf, down on my luck, carried along by the wind, subsisting on range balls, making do with whatever odd holes I can scrounge here and there. Nine holes, eighteen holes, eleven holes, heck I'll be happy with any number of holes, so long as the pace is un-cruel.

Yea I am an outsider now, so what better time to go groveling back to a place like Mosholu. It's been such a long time for me, it'll be like a new experience anyways. Besides they supposedly did a major renovation since then. Maybe it's awesome now? 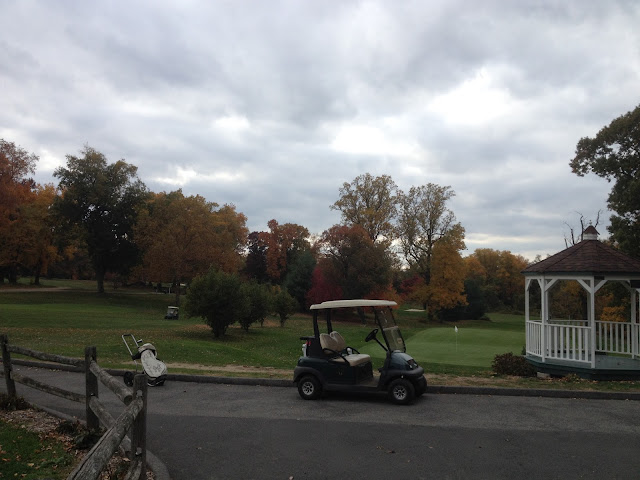 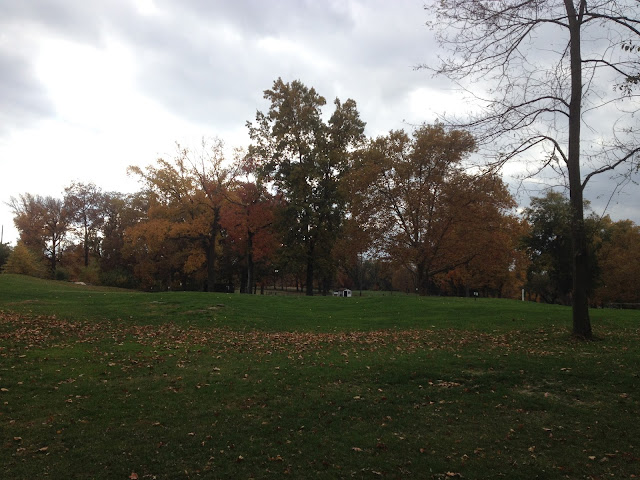 Well, things are somewhat better now. Don't know if it's thriving, but it's definitely surviving. There's a bigass practice green, the tee boxes are respectable, and the turf's in better health than I remember. Gone is the general cobwebs and brink-of-extinction vibe I got here all those years ago. Now Mosholu's home to an active First Tee golf program, which I'm guessing is the primary justification for its continued existence today. (Certainly cannot imagine regular streams of local daily-fee golfers beating down the doors to get in.) 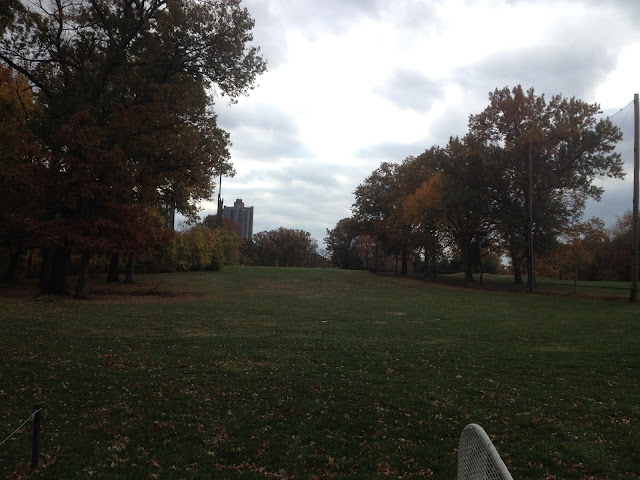 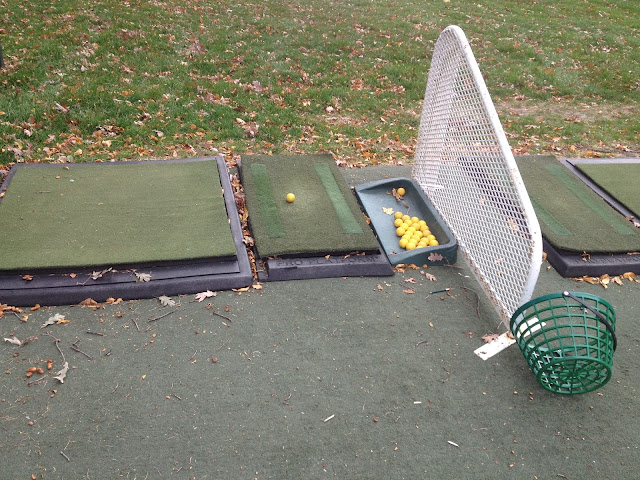 Surprisingly there's a range, though it's really small. No need for a enclosing net, since they use hollowed-out balls that conveniently peter out at about 150 yards. 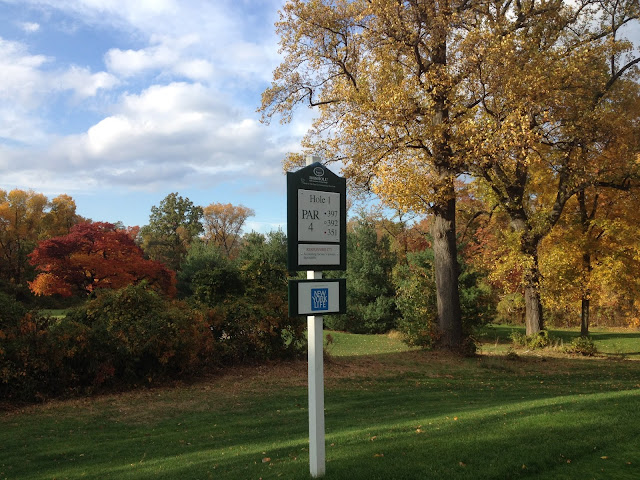 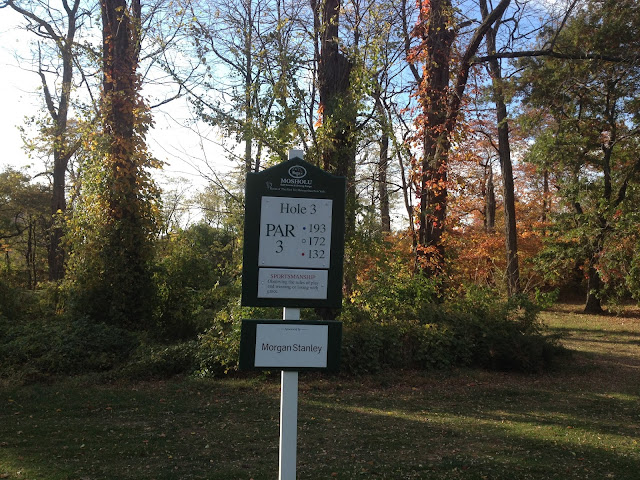 Each tee box marker is printed with some sort of preachy platitude--for the kids I am guessing. I found them to be kind of a buzzkill though. 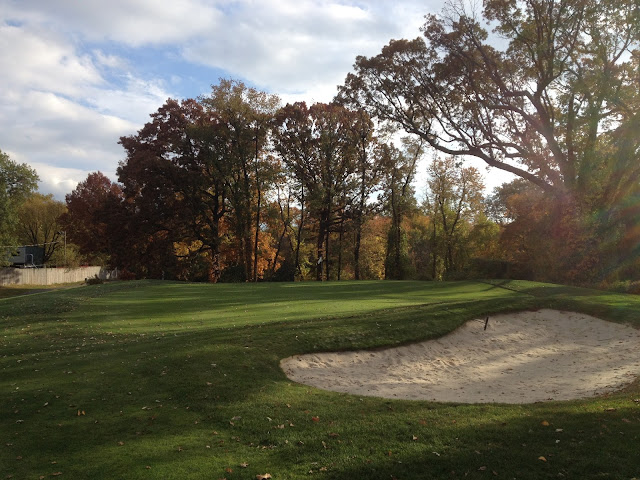 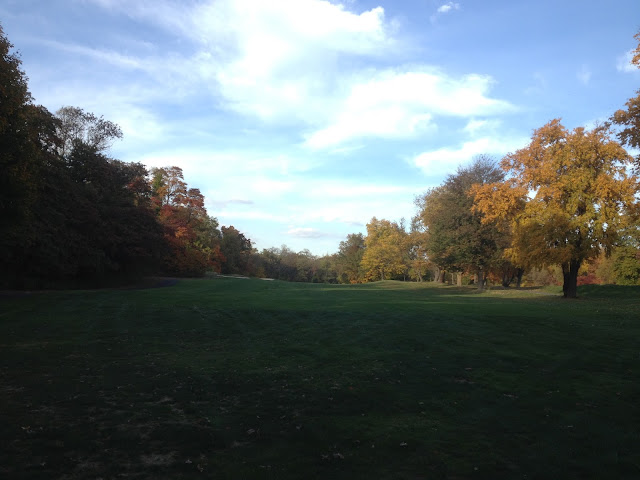 If let's say, this was the last golf course left on earth somehow, it would not quite be the end of the world. You could make do. Its overall length is short--2300 yards--but at least there's room to bust out some drivers, and pretty much use every club in the bag. In that sense Mosholu is not a total disaster. 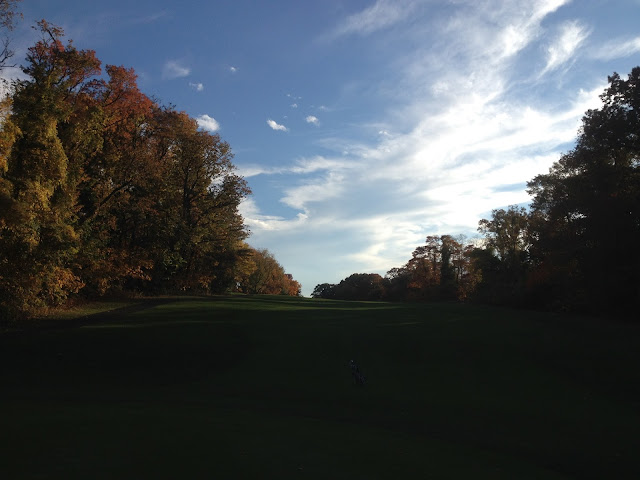 I like to bust balls of course. Seriously, I had an okay enough time here. Not much to really complain about. Maybe in another ten years I'll come around again and see what's doing.
Posted by Legitimate Golf at 8:41 PM