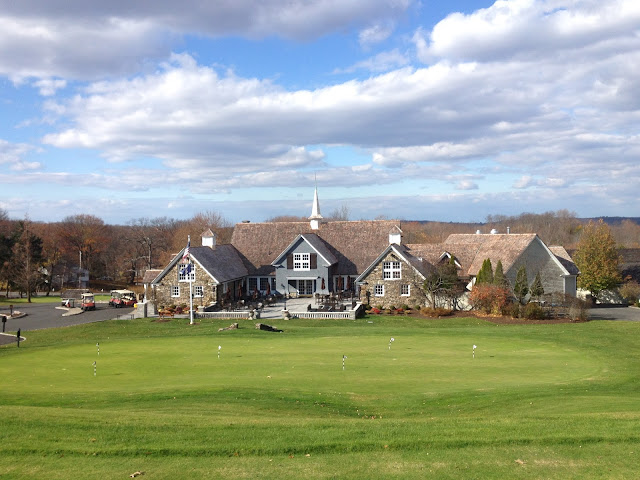 Jack Nicklaus. The man. Legend. What do you need, an introduction? For any of you snots out there reading this, Jack Nicklaus was like, the Jordan Spieth of his time. Actually he was like the Jordan and the Jason Day, rolled into one.


It is always a privilege to play any course designed by the ancient masters: the Tillinghasts, the Rosses, the Mackenzies. These kinds of places represent a gateway to a distant past, and through them we can connect with the deep roots and rich history of this old-ass game.


Yet we know nothing about how well any of those old 19th-century dudes could actually play--if they even played much at all. So as great as their courses might be, we have little clue about the particular lenses through which they perceived golf and through which they imagined their course designs. Some of them could've been crap golfers for all we know.

But, we do know all about the one they call Golden Bear, about those monster footprints he left all over the game, the multiple generations of losers who were made to eat his dust and so on. We know for a fact that this guy is in the top two greatest golfers of all time, top three worst. A man whose golf game exemplified consummate skill, raw power, cunning strategy and extreme competitiveness.

And that's what makes playing a Jack course special--he is the greatest major champion in history. For decades this guy traveled the globe conquering the world's greatest courses. Not only that, while most big name players have at least one design with their name on it, Jack Nicklaus is damn near a golf-course-design machine, arguably the designer in the world today with several hundred courses in play from here to Brunei. In other words this is not just some overrated brand name thing. A lot of experience and know-how are put into these designs. 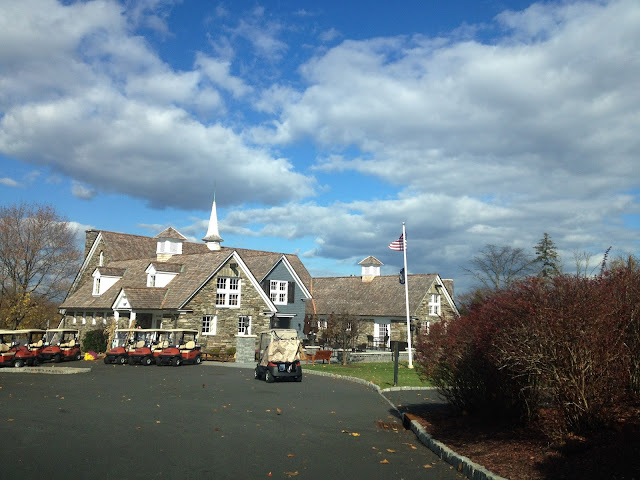 This is our second time at Mansion Ridge, Ms. L and I. The first was on a birthday of mine a few years ago and it was such a great time--perfect weather, perfect pace, and I shot a tidy 81. All was well in the universe. I liked the course right away. It was tough but at the same time fair and playable, even for a first-timer. There's plenty of elevation changes, yet not a lot of the blind-shot shenanigans and visual ambiguity that can make playing an unfamiliar course an ass-clenching, tense experience. 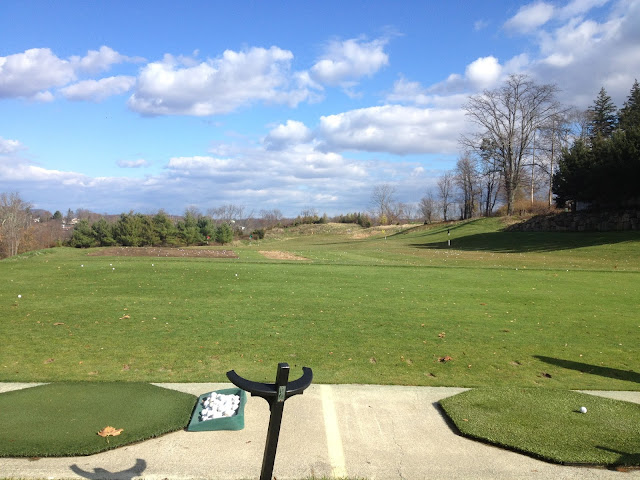 This is a class joint. No nickel and dime'ing here: no charge for range balls, and they're all-you-can-eat. 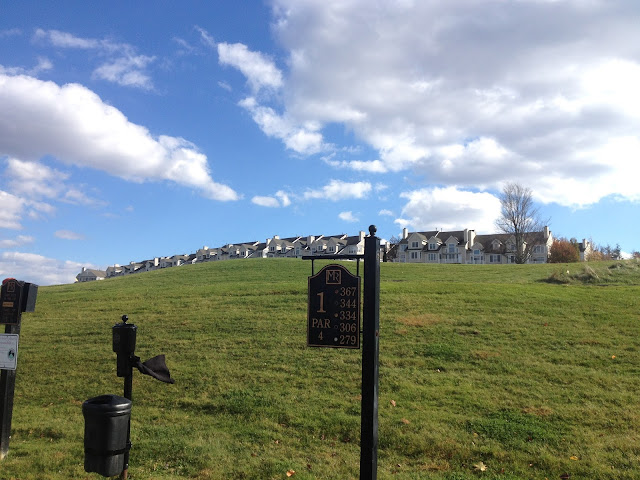 Mansion Ridge is notable for offering players five sets of teeboxes. You can split your nut-sack trying to take on the longest one at just under 6900. The shortest set, the "Mansion tees" play under 4800 yards and bypass a lot of the meaner forced carry hazards of the longer tees. This is a championship caliber course that's playable by everybody.

A lot of courses will say they welcome everybody, but unless they back it up by providing teeboxes to suit a broad cross-section of humanity, they are full of shit. Not Jack boy, he's got his finger on the pulse. He's tuned in to the needs of the elite and the shitty populace alike. 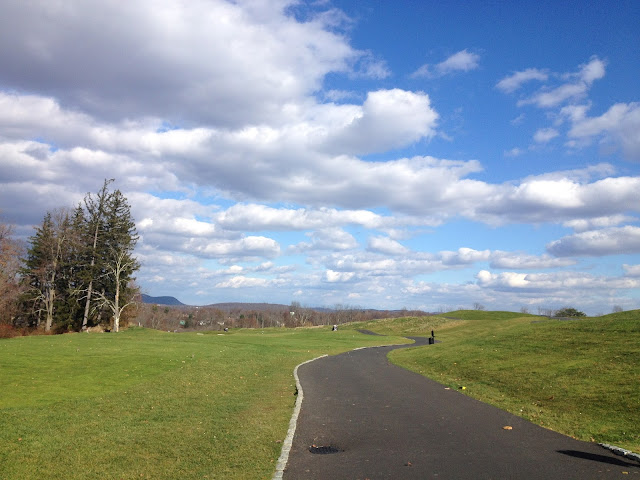 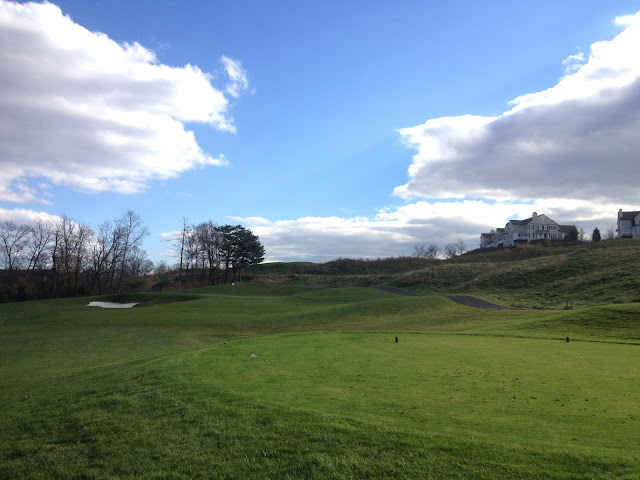 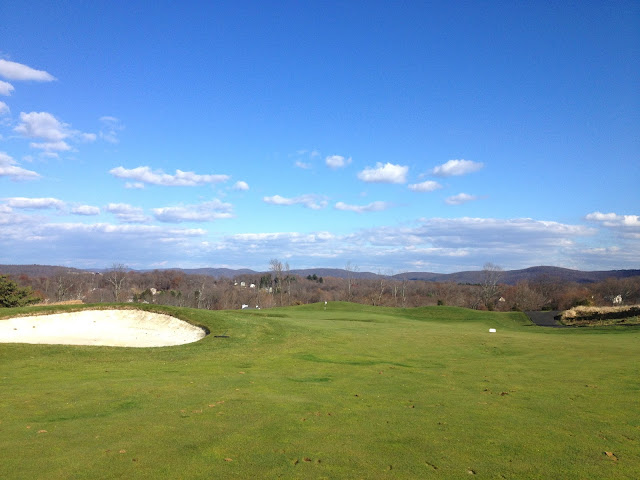 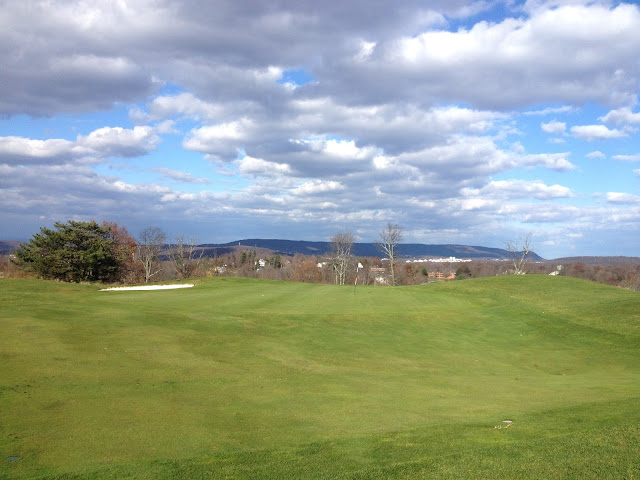 Generous chipping areas around the greens seem to be favored by Jack. 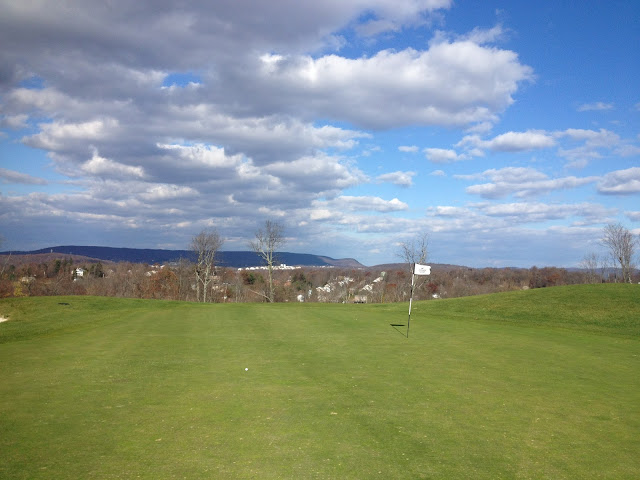 Lots of high winds and windchill. Flags blown stiff all day. We were pushed around by the elements and it was a bit of a struggle to even get the ball up near the green in regulation. But in return for braving the cold we got a near-empty course, one that's in very good mid-autumn condition. So it was an enjoyable struggle at least. 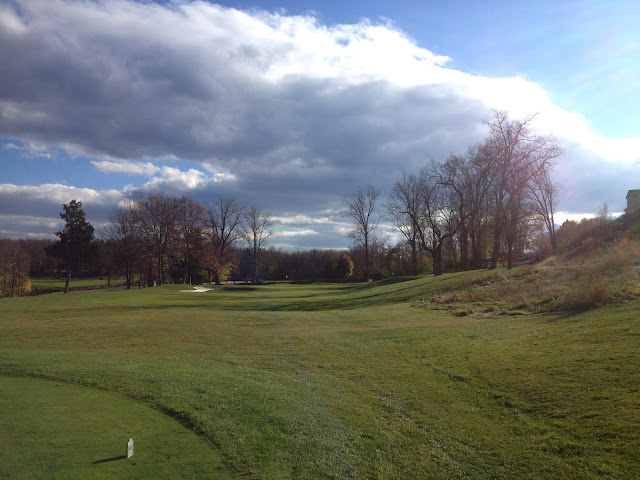 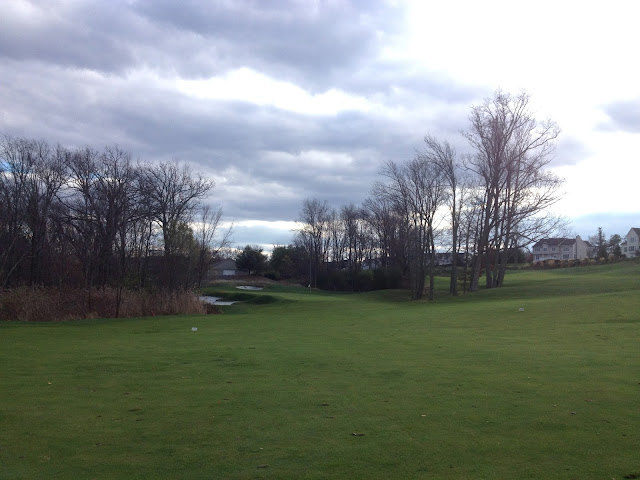 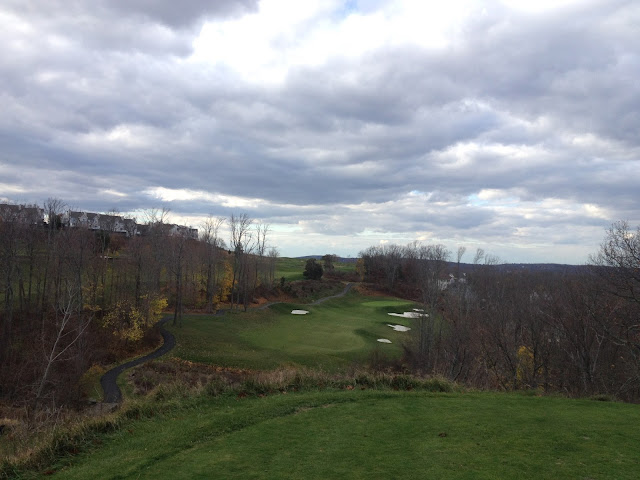 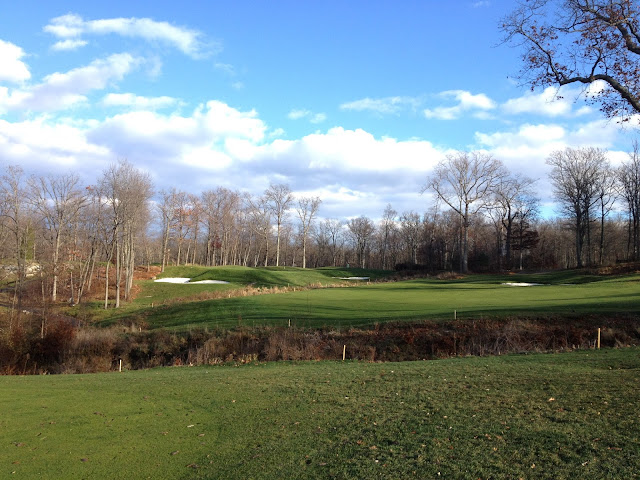 Gnarly, mountainous par 5 10th. Multiple elevation changes, and you have to clear two hazards, from as short as 150 yards out. 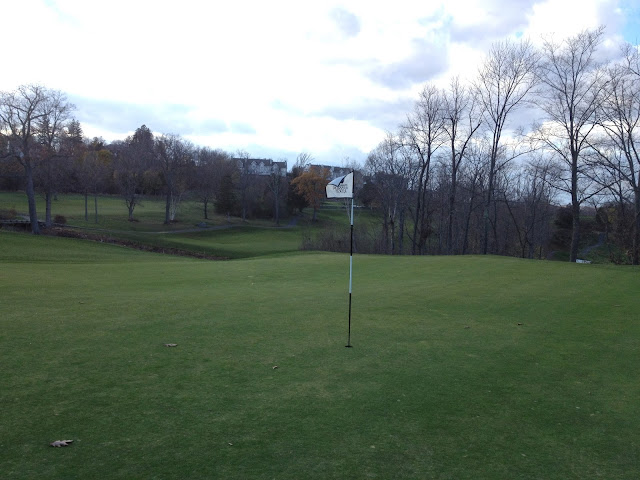 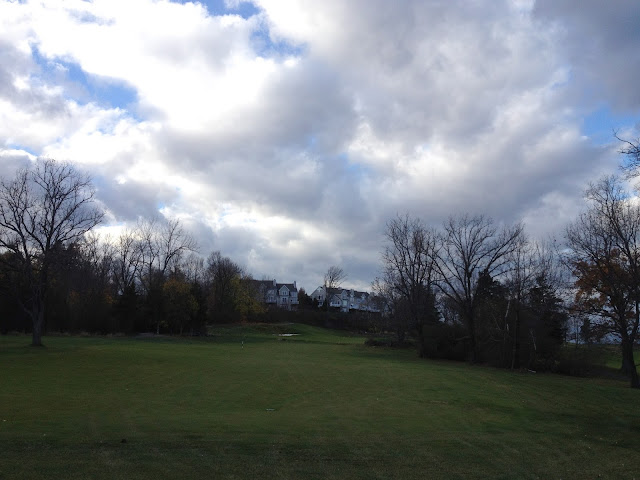 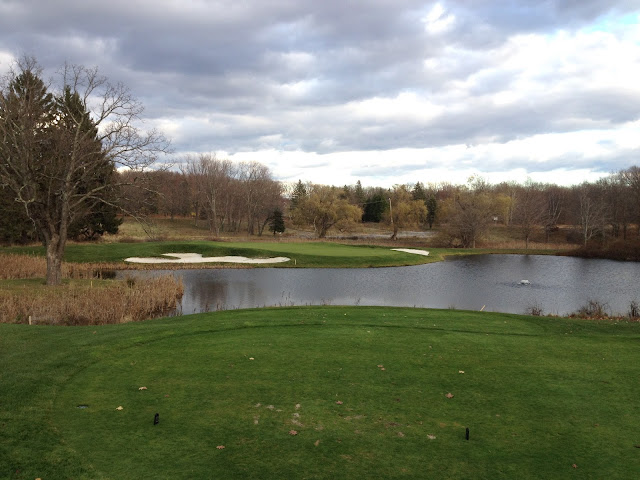 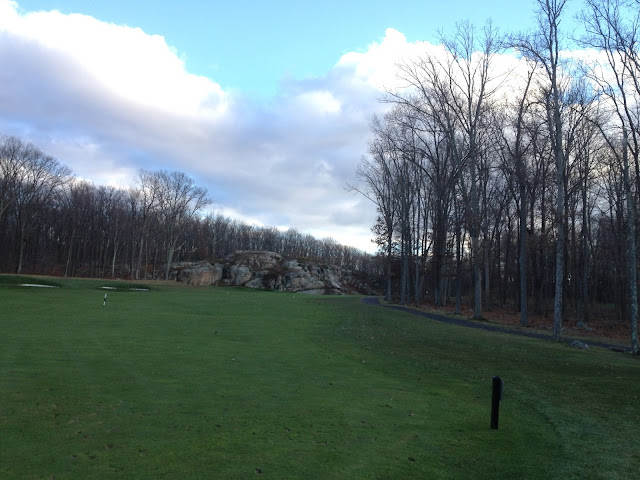 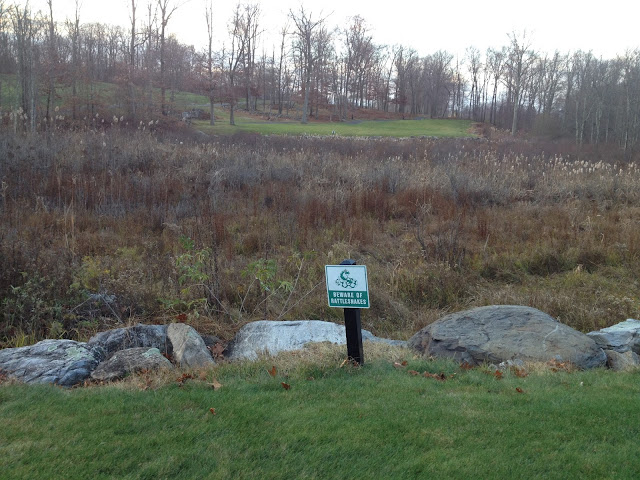 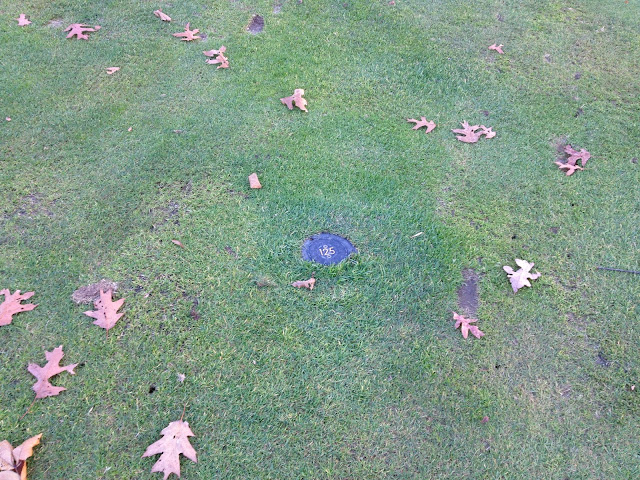 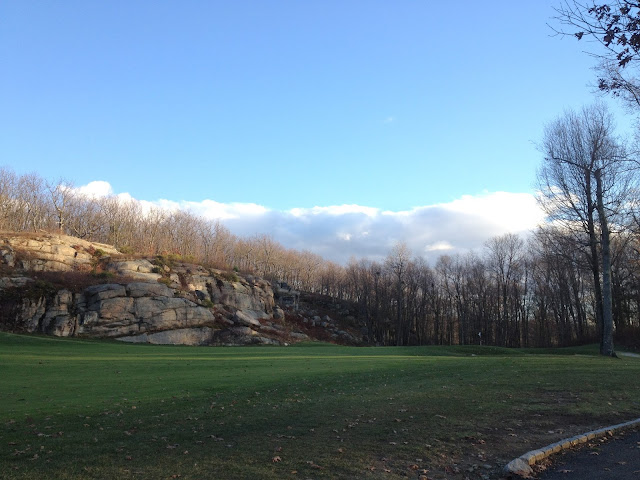 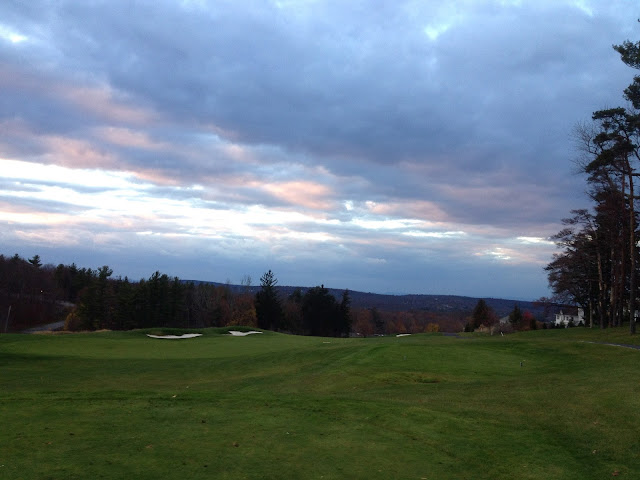 The home hole, long par 4 that snakes down the mountain towards the green. 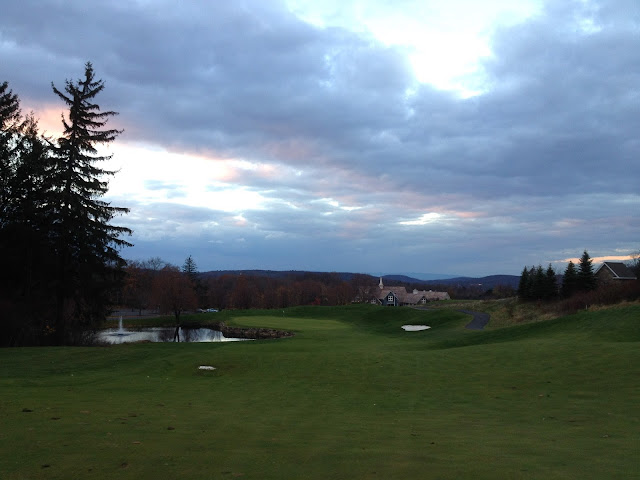 Mansion Ridge has got just about everything you'd want in a design: the views are scenic, the holes look great, every shot is well-defined. It asks for some strategy and also tests your ability to play shots off sloped lies. Plenty of challenge and makes great use of elevation without ever resorting to assholery. And I'm sure there's tons of other subtle challenges baked into this design that reveal themselves over time.

I know this is a long shot, but if you ever happen to be in the Monroe/Tuxedo Park area of New York state, please check this place out. I am begging you.

Posted by Legitimate Golf at 1:45 PM