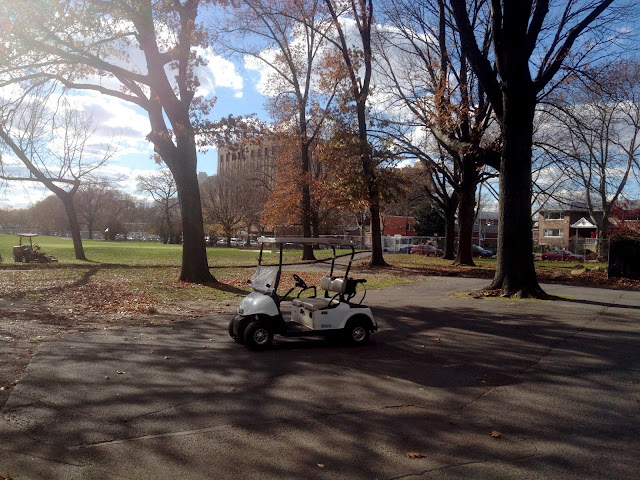 Okay, so I'm spazzing out prematurely. But I've been waiting so hard for this. Meteorologically speaking it is not actual winter yet. And it's been weirdly warm for the last couple of months. But, today it feels like actual winter--around 45 degrees with some wind chill. And so at last I'm actually looking forward to getting out on the course and chasing one ball around, after months of mostly whacking striped balls out into a meaningless void with no regard for consequences. 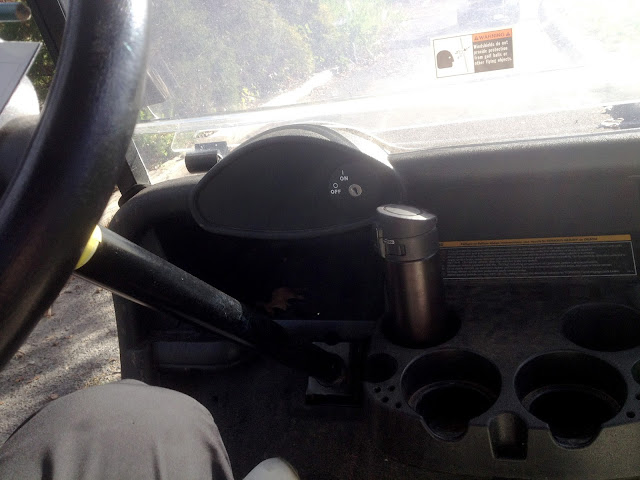 Packing a vacuum flask filled with piping hot tea gives me an enormous sense of well-being. 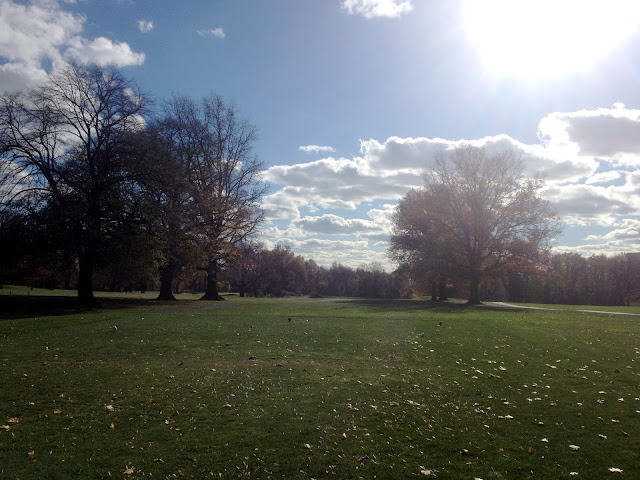 When the mercury dips below a certain level, I feel like the world of ghetto golf is my oyster. I can rove the fairways with little danger of my mellow getting harshed. On a day like this even Dyker becomes a safe zone. 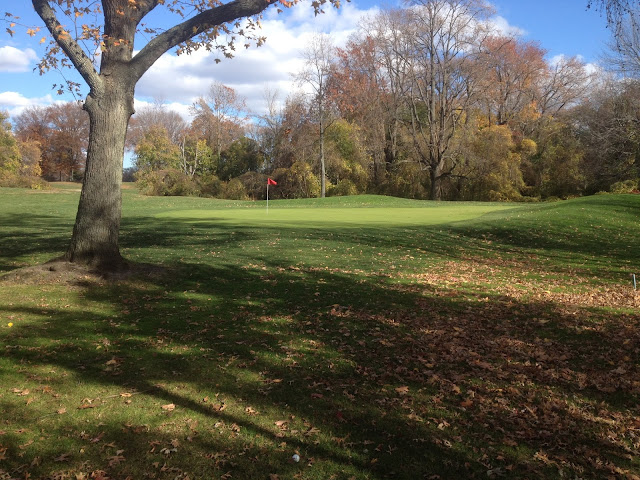 This was maybe the craziest round of an uneventful year. It was just so eventful. So much crazy stuff happened good and bad. I managed to hook a 9-iron clear around a big tree and on to the green. God is Great. Then on the next hole I shanked the most basic of sand wedge chips sideways into a bunker. Despair. All is futile. 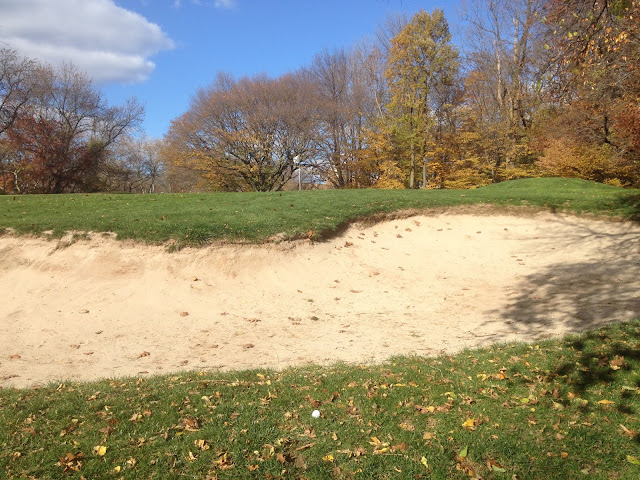 Then two holes later I had a blind shot off a sandy lie to a short-sided pin. How did I even end up here? By flaring a high, weak 5-iron into the wind. Christ. Par would require a miracle shot. But I holed it for birdie. It is officially on. 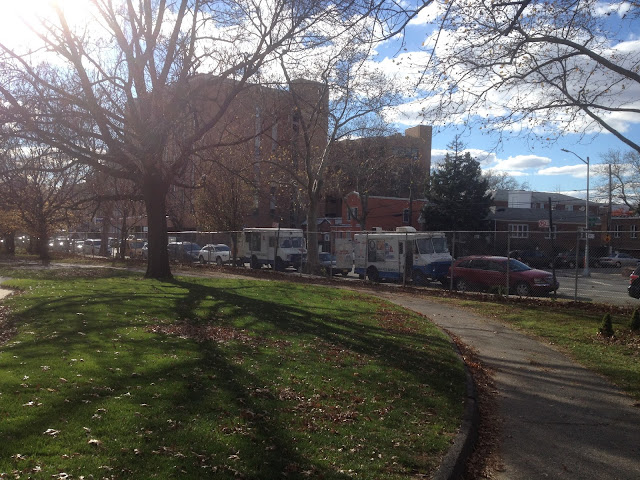 I did things today to a golf ball that I've never done before. Needing to launch one over a tall tree-line I picked a 4-iron, said "What the hell?" and sent it straight up into the sky. I thinned a wedge off a bare lie with a full swing, and watched in confusion as it stuck the landing and spun back towards the hole. I pounded a driver with a solidness and squareness never experienced before. The deepest mysteries of the golf swing tend to reveal themselves on the course more than they do on the range, especially on a day like this. I think I might've got a glimpse at a Universal Truth of Golf. Wish I could describe it for you. 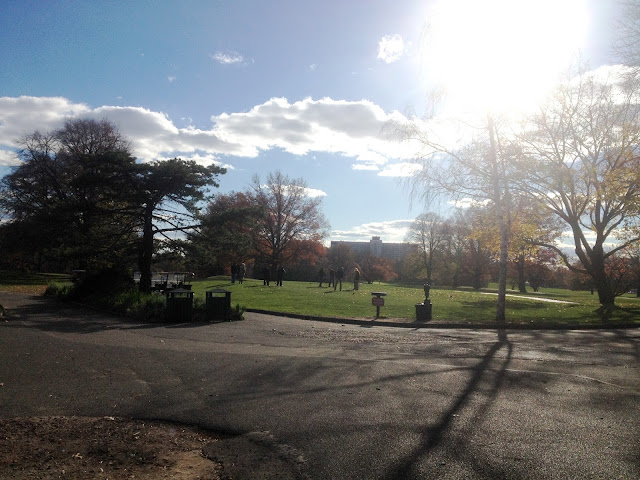 Disturbingly big group of beginners gathered at the first tee. Whatever it is they are up to, I don't want to know. 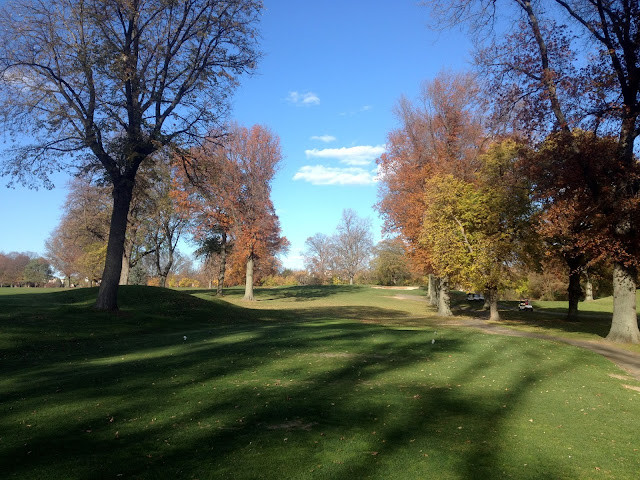 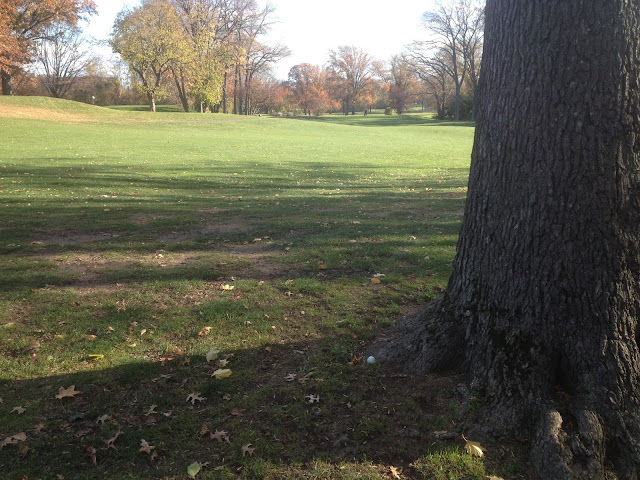 For it being forty-something degrees it was still kind of a nice day, and so there were a few people scattered on the course. When I eventually butted up against a foursome on the 13th tee, I sped over to the 15th tee, played 15 and 16, then played 13 and 14 and then zipped over to the 16th tee, well ahead of the group. Pffft. Crisis averted. A clever, impromptu rerouting made possible by a gas engine, a deep familiarity with the course's layout, and some can-do attitude. 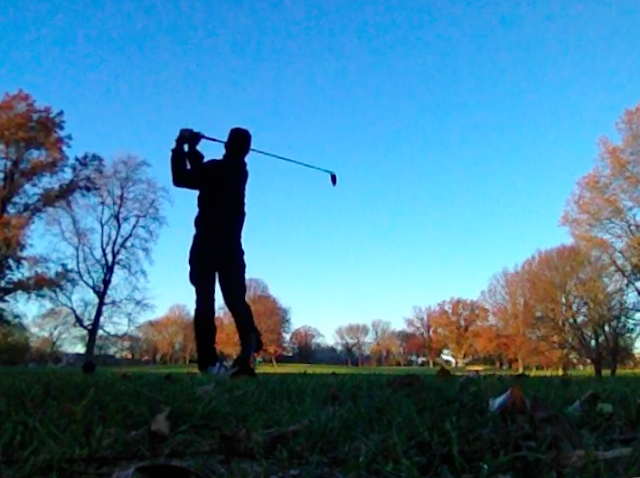 I'm still marveling at some of the stuff that went down over the last couple holes. It was so much fun that once I saw the front nine empty, I jumped right back in and finished it off speed-golf style, in under an hour. There was daylight to spare and in these sun-deprived times, you've got to get it while you can.


After months of trying to avoid Dyker, and all places like it, it's good to be back in the fold. Damnit, it's like I never left.

Posted by Legitimate Golf at 10:29 PM