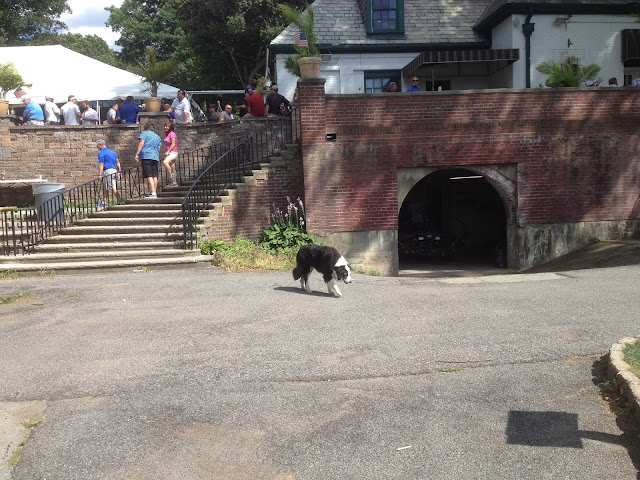 While the rest of the world frolics in the summer sun, my golf game exists in a state of hibernation. Actually there's a word for hibernation in the summer: estivation. Whatever. Subsisting on a meager diet of range balls, doled out in sad little portions, I conserve energy and lie in wait for the temperature to drop below 40ºF, at which time I'll come to life again. But just so I don't completely lose touch with the world of organized golf, I will make a grudging visit to a course, kind of like a half-hearted Protestant dragging his ass to church on Easter or Christmas. 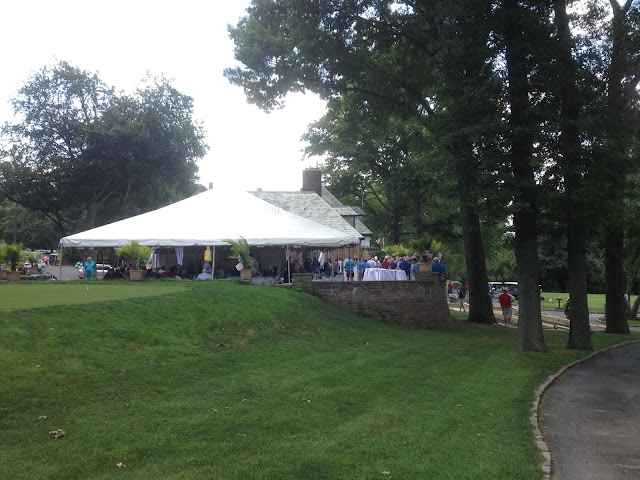 Silver Lake is in the thick of outing season. Today, one of them was finishing up the golf portion of its festivities just as I arrived. This would turn out to be a boon. 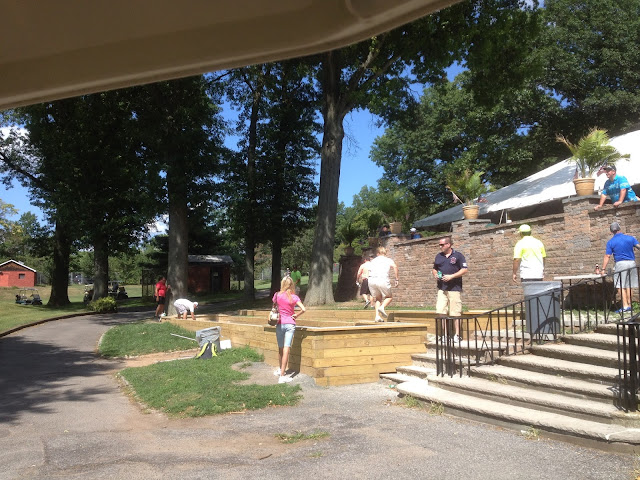 It was a "battle of the local bars" type of outing, and as I started the round there were still coolers sitting on the teeboxes. A course worker was driving around cleaning up and collecting them, offering free beers to the handful of us green-fee golfers on the course. Inside the cooler was a surprising selection that included some fancy kinds. I don't drink a lot of beer since it tends to put me in a sluggish, ornery, headachey mood, especially out in the hot sun but hey, free is free. In these uncertain economic times, it would not feel right to say "no" to a free can of Samuel Adams, and one of Brooklyn Lager. 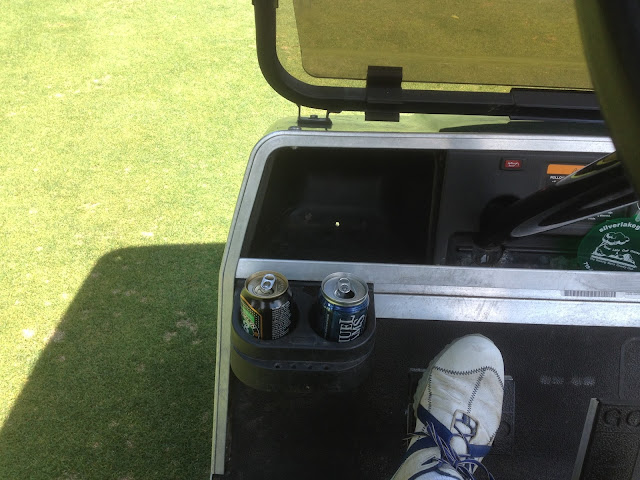 I finished both cans over the span of four holes, which for me is borderline behavior. What can I say, the brews were cold and they went down nice, I was surprised at how nice actually. Being semi-intoxicated seemed to have no effect on my full swinging but unfortunately my putting stroke got a little too carried away with the good times. I whaled on putts, sending just about every one way too long, and a couple of them clear off the green.

Thirty-seven woozy putts in all, and that's not including several from the fringe. But so what. Thanks to the free beer, it mattered surprisingly little. I swung all the other clubs pretty well even though it feels like I'm borrowing someone else's swing lately, and that also surprised me.

But what was really outrageous about the whole thing though was that, thanks to the outing earlier, I got in eighteen holes, in the middle of July, in about three hours, and it was a lot of fun. Aside from the sweltering heat it was not unlike a typical round of winter speed golf. Just goes to show--if you hang in there long enough, good things can happen in this world.
Posted by Legitimate Golf at 3:04 PM