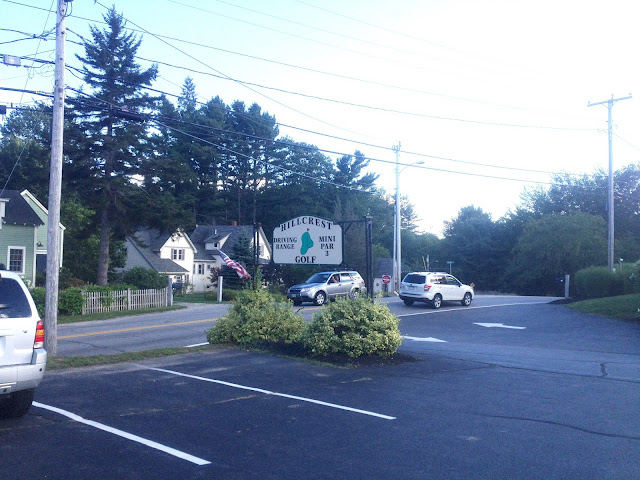 This summer, the road's taking the Legitimategolf crew to Maine, the official home of Life The Way It Should Be™. 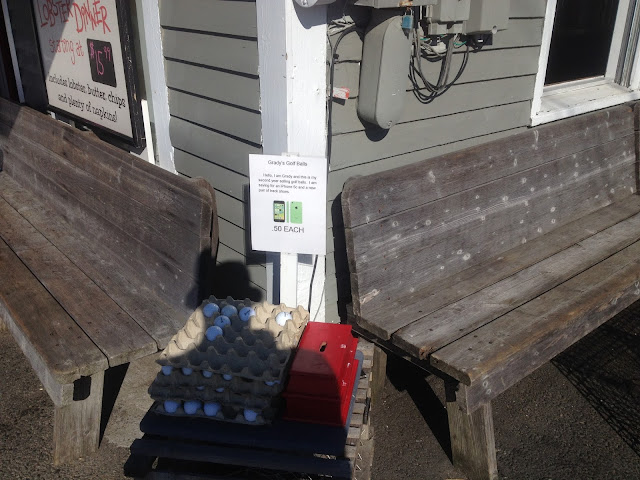 We're headed up to Brunswick, but first we stopped at the seaside town of Kennebunk.

Right next to the busy seafood shack where we had a bite, a local kid offered his wares. Pay by honor system. To a city folk like me that's far out. I cleaned out the few Pro-V1's in there. Too bad, I would've liked to taken a whole tray at these humble backwoods prices. 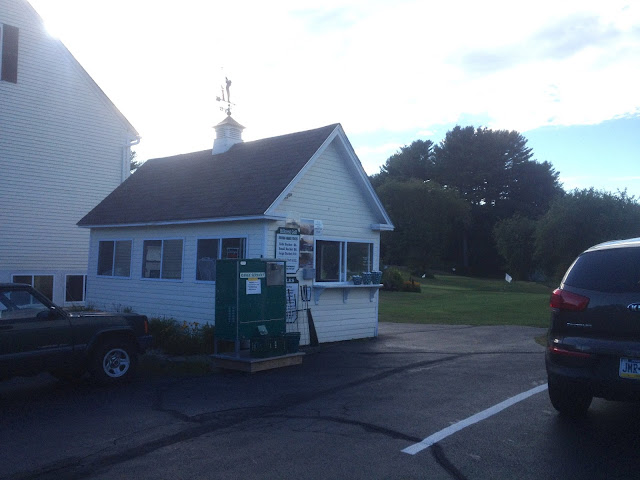 Along the way we passed a small driving range which, like every other thing here in Maine, is a little too quaint and charming to pass up. 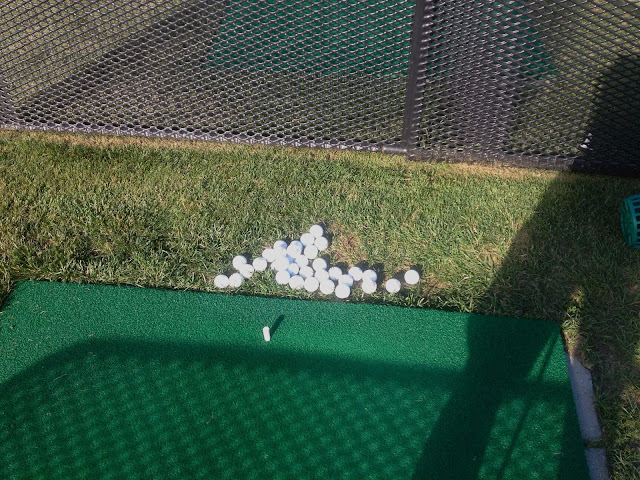 No plastic trays here. And I like that. Whatever might get called ghetto in or around the city, out here is just rustic. I'm just glad to be here period. Getting to play golf or even hit balls, it's all bonus. A few of these balls are really banged up and don't even fly right. No matter. If you've not been to Maine, you really should. 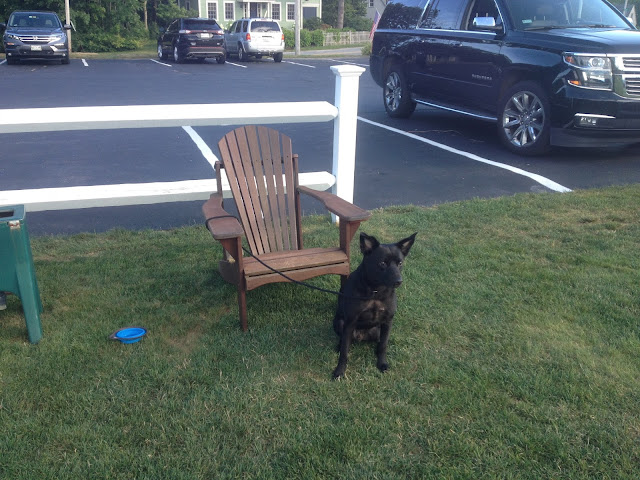 Ringo-dog has watched me swing the club at home, hundreds of thousands of times. But the hitting of balls is still kind of new to him. I think he's starting to get it. Humans hitting golf balls is kind of boring. 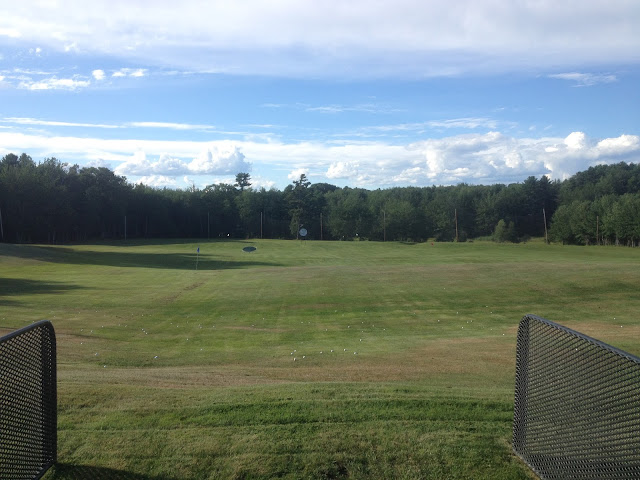 The round sign out there, somewhere just past 150 yards, reads FREE PAIL. So I spend most of the bucket aiming at it of course. And having a lot of fun trying. The more I experience it, the more I know it to be true: having a meaningful target on out on the range makes beating balls immensely more fun. Why more ranges don't offer one, I'll never know.
Posted by Legitimate Golf at 4:10 PM