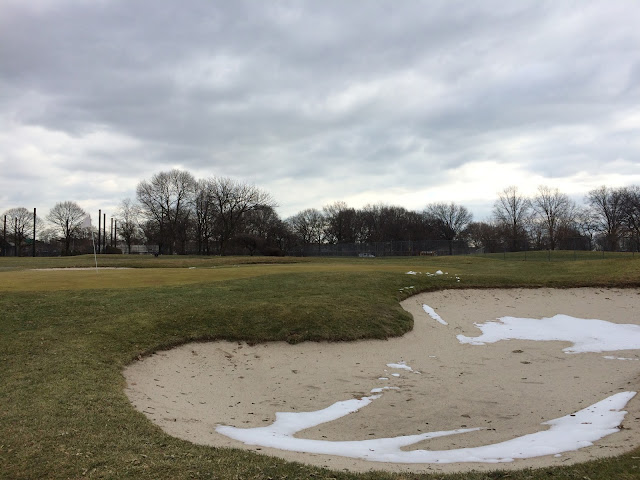 February. Winter's last stand. The final frontier. For anyone in the higher latitudes, golf in February is the exception and not the norm. If you look at the history of golf in New York (well my history at least) you'll see that golf in February is a roll of the dice situation, maybe a twenty percent chance in any given year.


There was one squirt of golf in New York, earlier in the month. The great blizzard of '16 came and went, and left behind a thick, depressing snow layer. But right that Mother Nature turned up the heat, then a full day of rain cleaned up the last of the mess. Area golfers enjoyed one glorious day of balmy late-winter golf before another snowstorm arrived. 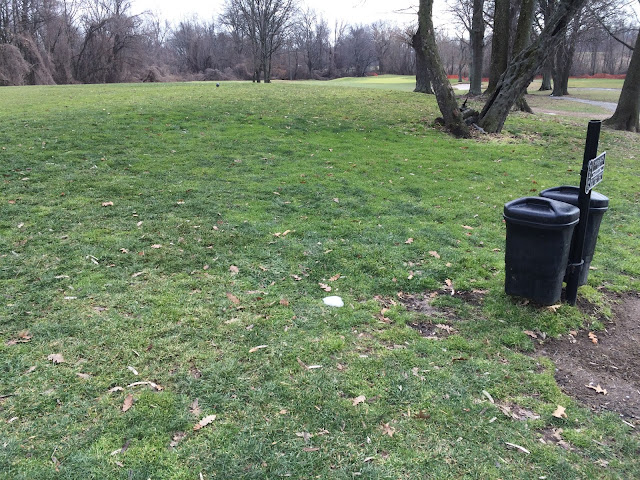 I wasn't able to play in that window, which at the time I had with sadness assumed was a singular opportunity. The next snowstorm covered everything in a thick frosting, but again warm temperatures came and rescued the golf season. The turf has cleared, but the struggle is not over--later this week we're due to be hit by an arctic cold front and insane low temperatures. For now though another painfully brief window has opened. Conditions are not exactly nice, but some people would call them playable. I am one of those people. For God's sake our golf season is teetering on an existential knife edge. It is time to seize the opportunity. 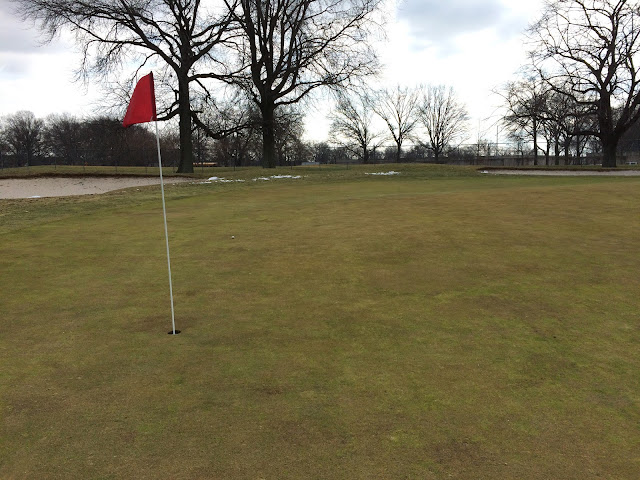 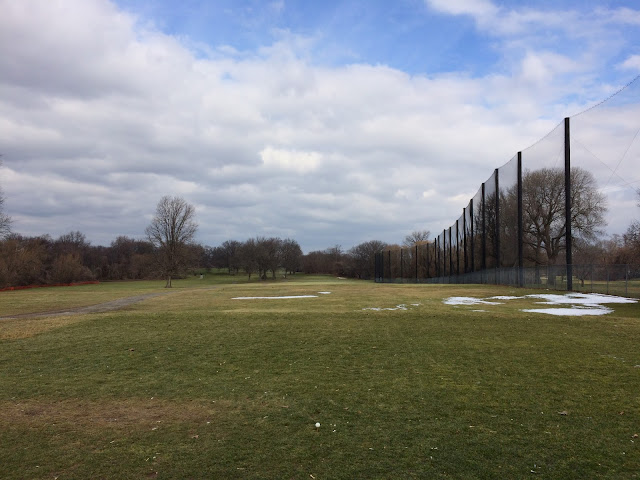 There might be a little bit of snow here and there. The temperature is below 40ºF. But in the golf course in my mind, all is normal. 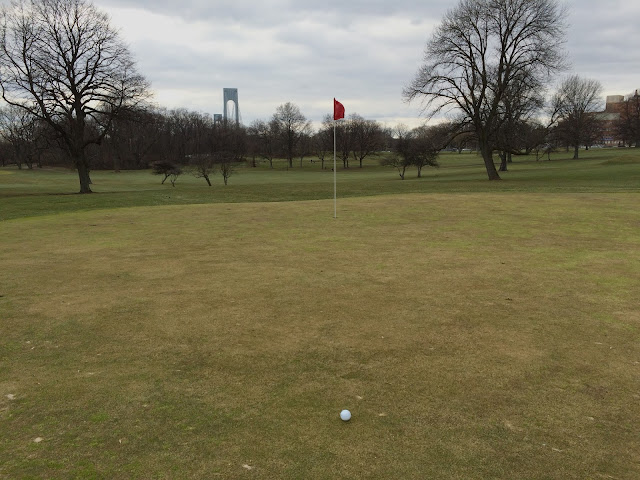 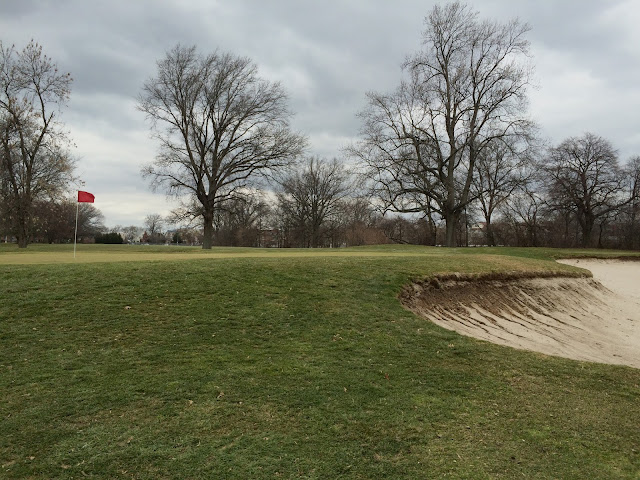 The gameplay today is tough but fair. Winter rules are for losers. 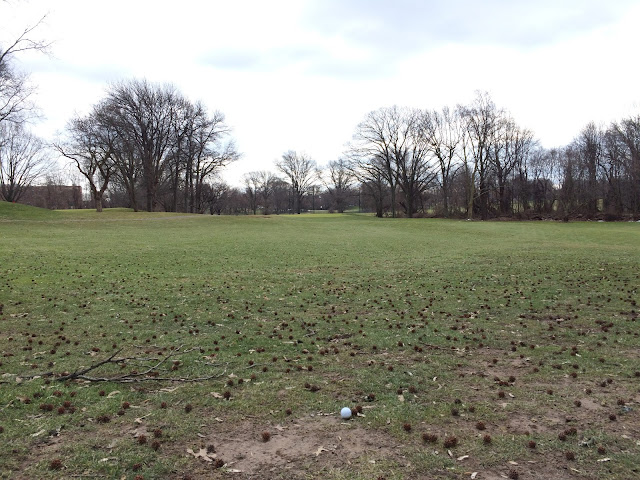 Lost in a sea of dead gum tree balls. 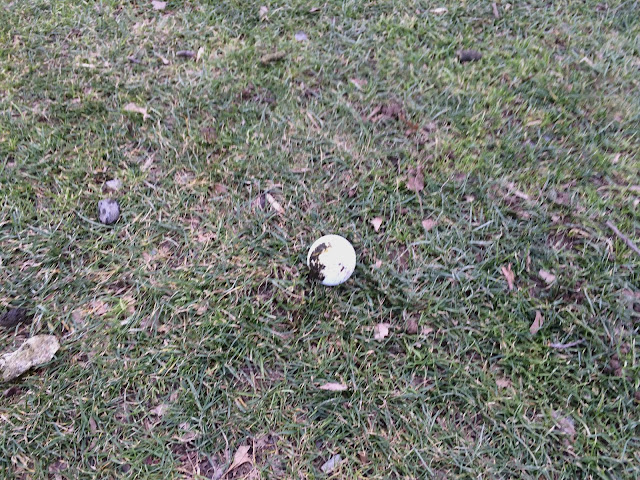 Tough day to be a golf ball. 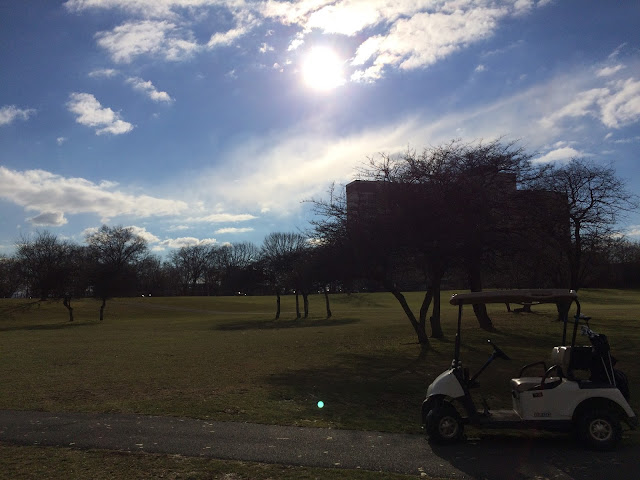 The sun came out towards and it got pretty nice. Winter schminter. I could play like this every day. The goal today was to break 90, and after an opening triple bogey there was work to do. I managed to find a groove and knock out some pars toward the end to give myself a chance.

I ended with a bitter, regretful double bogey to collapse at the finish line and shoot 91, leaving a bad taste after an otherwise glorious afternoon of back-from-the-dead golf. But hey man, I got my one lousy day in February and that's all I could've reasonably prayed to the golf gods for. There's even rumors of some golfable weather next week and that's wonderful to ponder but come on, let's not get all crazy just yet.
Posted by Legitimate Golf at 8:31 PM