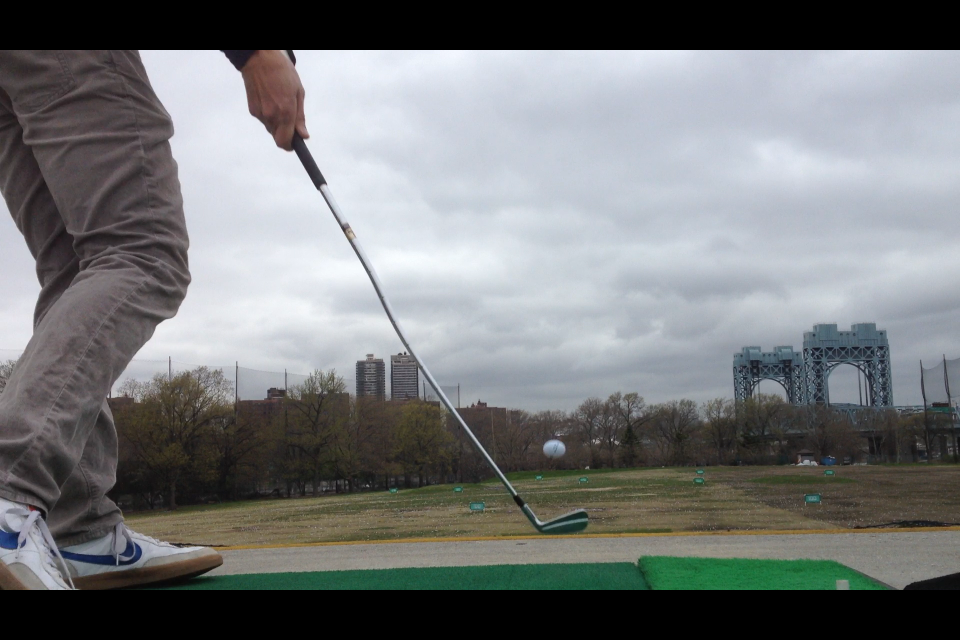 It's time to talk about what the hell is going on here. If you read this site on the regular you might be wondering where all the usual misadventures in city golf have gone, the tales of encounters with detestable strangers, of awkward confrontations and offended sensibilities, the lurid photography revealing some of the saddest places and conditions found anywhere in the golf universe, only to be replaced by meandering swing contemplations and dim snapshots of range balls and decrepit astroturf.


Maybe I got caught up in all the "golf is dying" stories floating around lately. I don't know. Something's going on.

If I could put a date on it, maybe it all started on April 22nd--the last time I was on a golf course. It was aeration day at Silver Lake; place was swarming with groundskeepers. Half the holes had temporaries and the ones that didn't were in all different states of repair. I didn't bother finishing or entering a score anywhere, the course being so heavily messed up. To slather it on even thicker it was busy and play was slow.

I won't lie, it was an complete disappointment. But I wasn't sore about it. Aeration--good excuse to spend more time hitting balls at the range, I figured. Anyways that's what the urge is lately and what is life except a series of urges. And that's how I ended up plunged even further into golf's abyss.

Still you might wonder how one can maintain such an abiding interest in hitting range balls. At the root of it, probably because I'd been taking long hard looks in the swing mirror and getting more and more disgusted at what I saw: closed face, club sucked back too far inside to a position from where over the top was the only feasible way down. A swing way more dependent on timing and fast-twitch coordination than I ever wanted to admit. After a certain point the disgust becomes intolerable, so you do something.

To boil it down to the nastiest, more persistent flaw, I'll say that my position at the top was way off: cupped wrist, aforementioned closed face, the shaft way across the line. Miles off. Pretty standard amateur suckage.

But of course you can play golf this way. You can win money, impress others. People do far more with less all the time. I managed to get my handicap below seven at one time with a haphazard swing. FYI all you bogey golfers out there--tidy single-digits golf can potentially be had with little more than solid, straight contact, good chipping and putting and a scrappy can-do attitude. It may not really matter all that much that your flight's inconsistent, misses are inconsistent or even that you hit some downright ugly balls on the regular. With a square face at impact producing a steady stream of serviceable shots, one might reach great heights of mediocrity.

I want to fix it in the worst way though. Last fall, just before playing my first tournament I made small progress towards getting to a better place (at the top). Since then I have been inching my way towards achieving a flat wrist and square face. Taking some wrong turns, some right turns. It's a glacial process, and I don't think it can be expedited all that much. 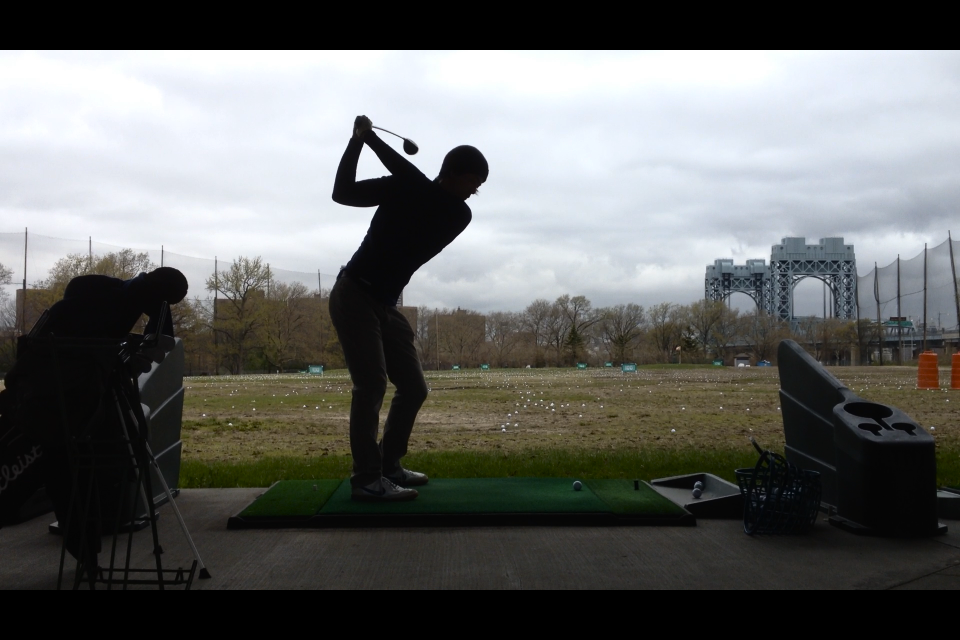 I'm in a better place now (at the top)--much closer to square. The ball flies a little different, more hang time--not just higher but more rising. 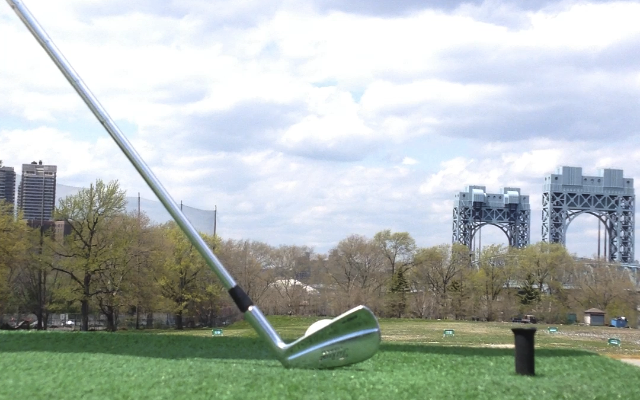 In a way it feels like being a beginner again: focused on nothing else but understanding the very basic mechanics of the swing, eager, not yet hardened by the soul-crushing tedium and assorted indignities of five-hour munigolf. I don't even care about making scores right now, just good swings. When I manage to connect, it's good fun.

Also to be frank the thought of spending five hours stuck playing with other New York golf randoms has also kept me at bay. As a matter of fact just bringing it up is getting me annoyed right now. I am on a really long losing streak it comes to meeting cool people on a NYC course--it's been at least a year since I've met one. I know what you are thinking--by now, I probably need to start pointing the finger back at myself. Whatever the case. I am just not enjoying the milieu of New York city golf, so why force it. 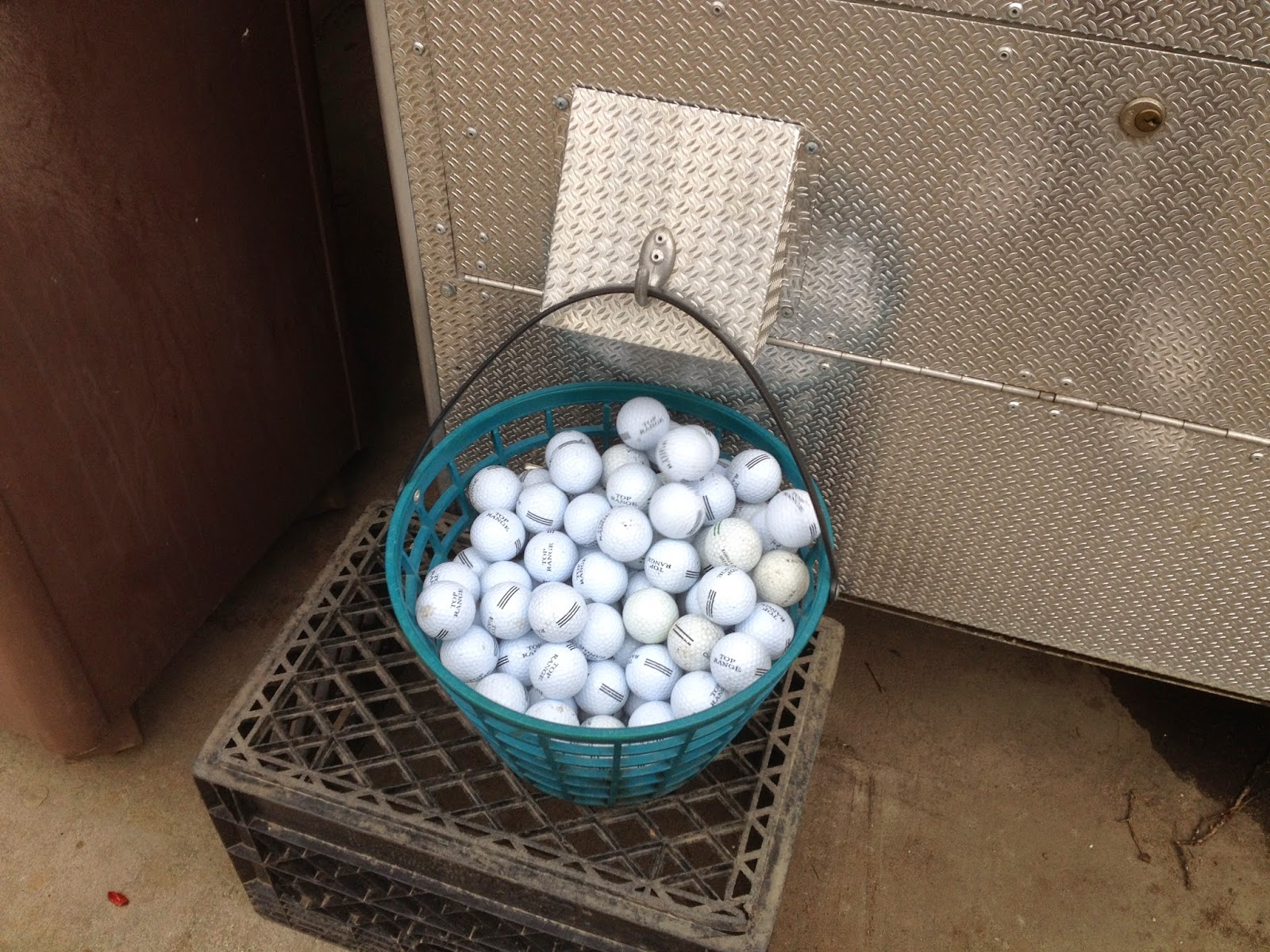 Don't get me wrong here, swapping golf rounds for the range is still a bum deal. It's kind of like giving up heroin for methadone--both are addictive, but one is a slightly more manageable habit, and less fun. The lesser of two evils also tends to be the duller.

Also I feel bad about all this in that how could one continue to perpetuate this website and its whole notion of "legitimate golf" when one doen't even play any golf? And won't a steady diet of range balls and minimal human interaction only make me a less interesting and more one-dimensional person? Probably.

But change is natural, and so are phases. I'll embrace this phase, believing that it will pass, and with the hope that I can exploit this sudden feverish interest to at least accomplish something. Surely before long I'll find a comfort level with this swing action, the range will start to get tedious again and then the itch to get out and chase scores will return. Easy come easy go.

And there's hope for a better future--real, tangible hope. The 2nd Brooklyn Open championship is already quite near on the horizon (July 7) and I am quietly psyched. In fact what the hell, I'll just lay it all out here: I have a goal, and it's to win the 9.0-13.9 handicap division. My handicap is really bloated right now, but it is honest. I fought for every one of them strokes. And it means that if I can play to my potential, I can beat in the brains of this whole sorry division. Last year my goal was merely to turn in a respectable, non-humiliating performance and this time around dammit, I'm going to focus on turning this whole tournament golf thing into a profitable venture.
Posted by Legitimate Golf at 9:13 PM