Ghettogolf: from the practice green on Randall's Island 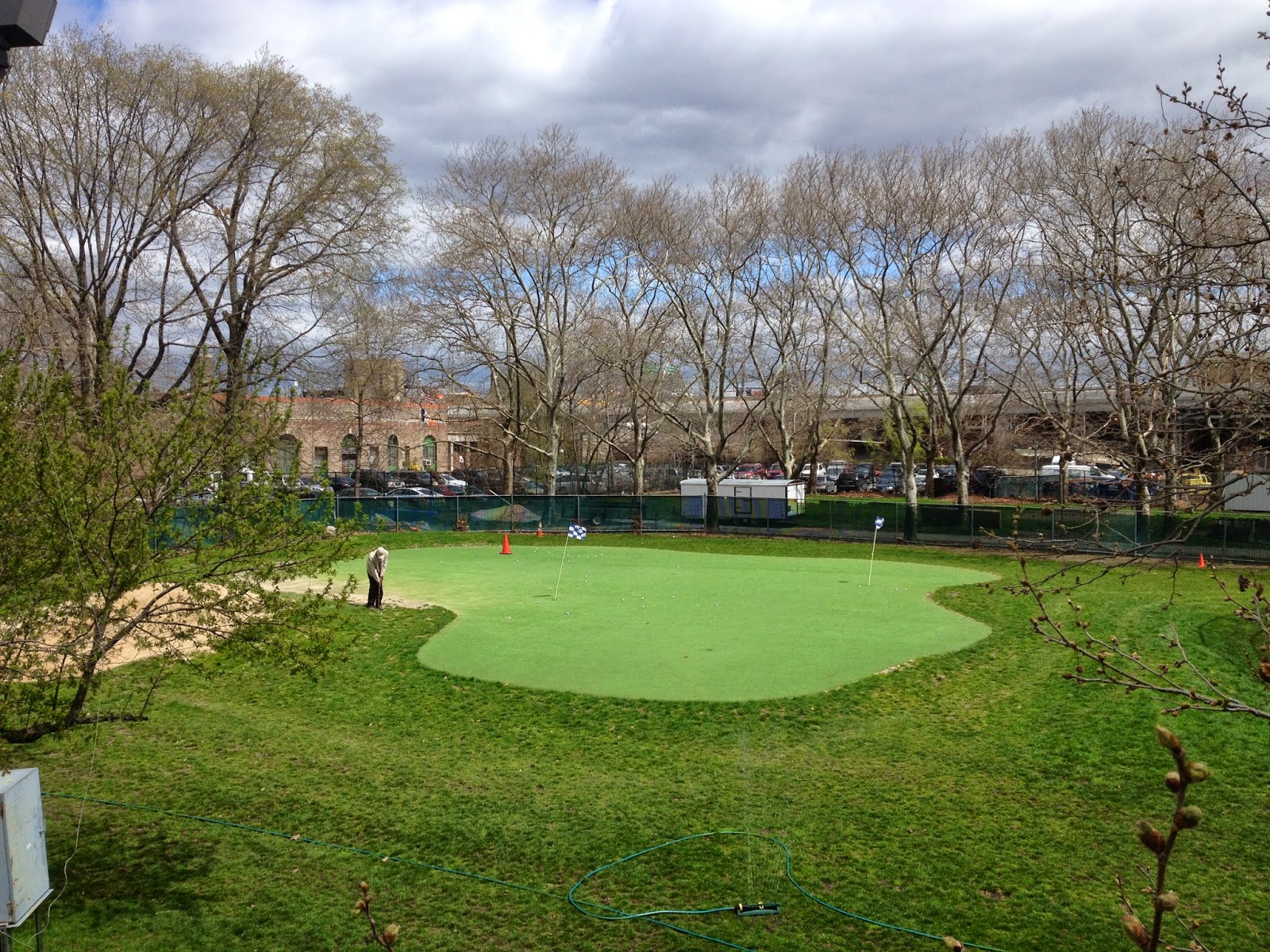 Greetings from practiceland. Another week gone by and still no actual golf. What gives? I'll probably discuss that soon. But til then I thought we ought to take a closer look at one of the darker, sadder forgotten corners of the golf universe, a place where I've been spending a lot of time lately--the short game practice facility at the golfer's exile on Randall's Island. 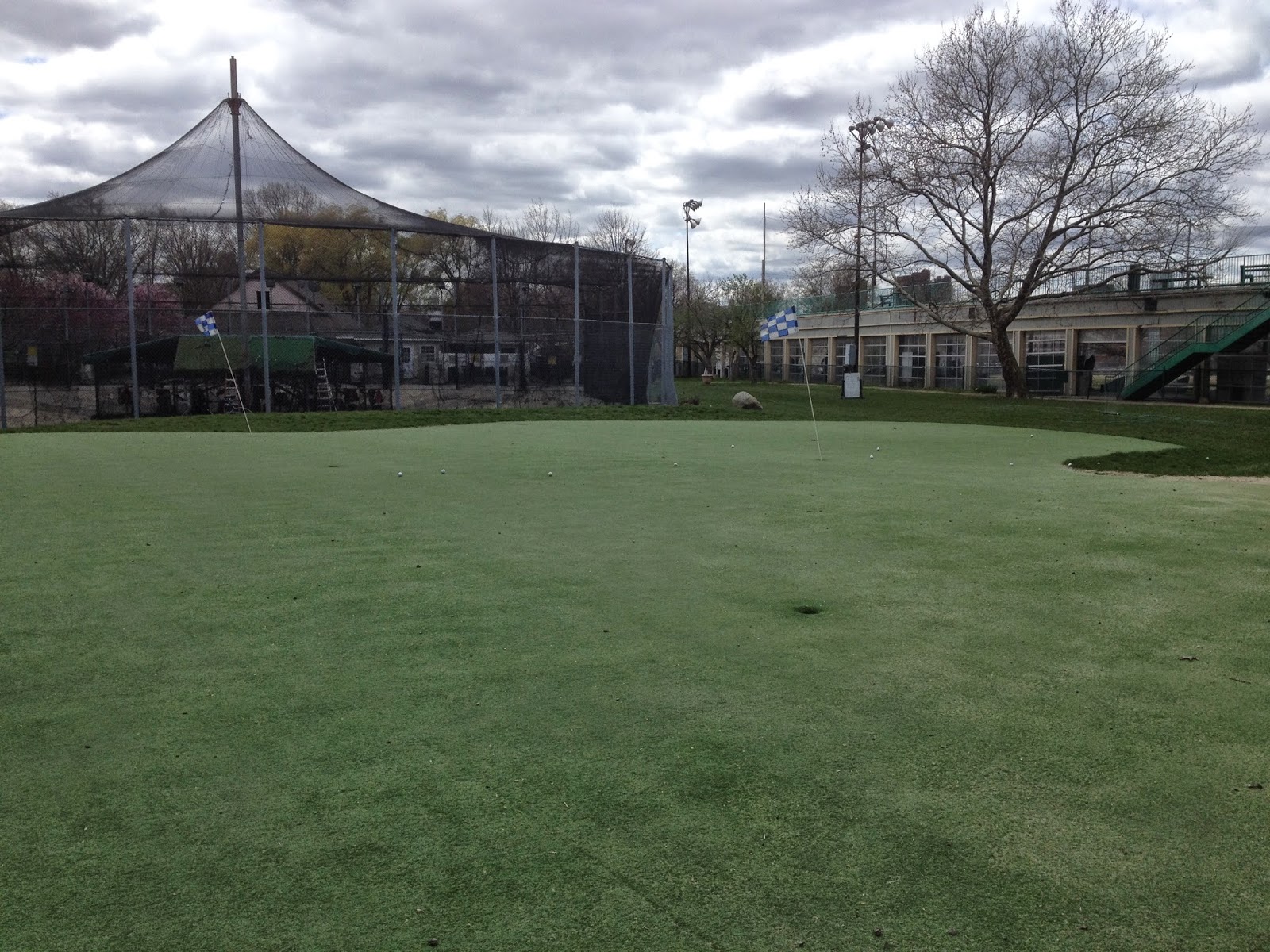 To me this "green" embodies the whole plight that is ghetto golf--perfunctory, neglected, barely hospitable to golf activity. A traffic cone sits inexplicably somewhere on the green at all times. Yet this is all--marginally--better than the alternative, which is nothing. And for that alone places like this can be an unlikely godsend to the wayward golfer in need of some quiet reflection. 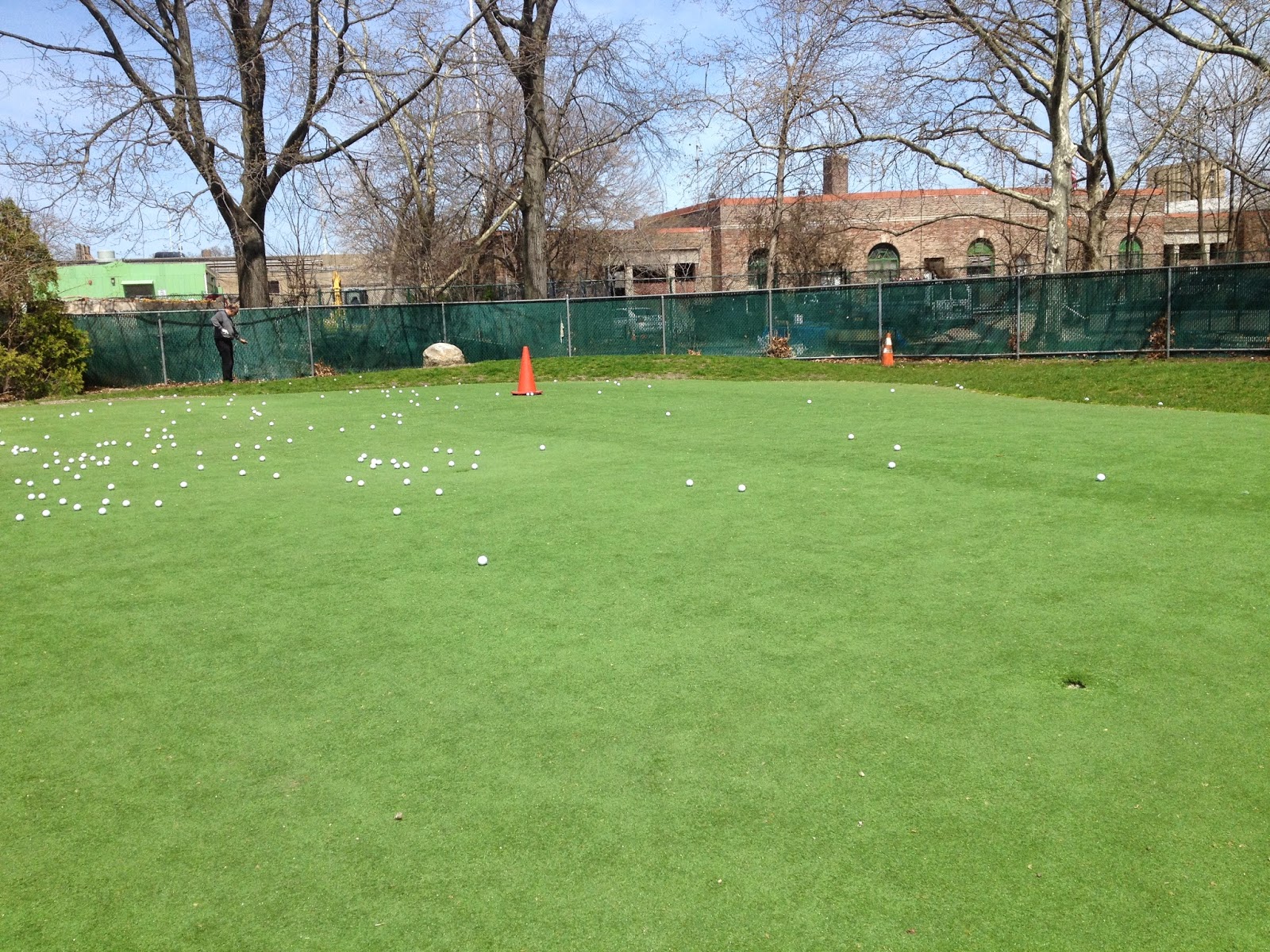 This "green" is basically a thin layer of astroturf stretched half-heartedly over a cement base. There is no pretense of this thing simulating an actual golf green in any way, except for it being green in color. 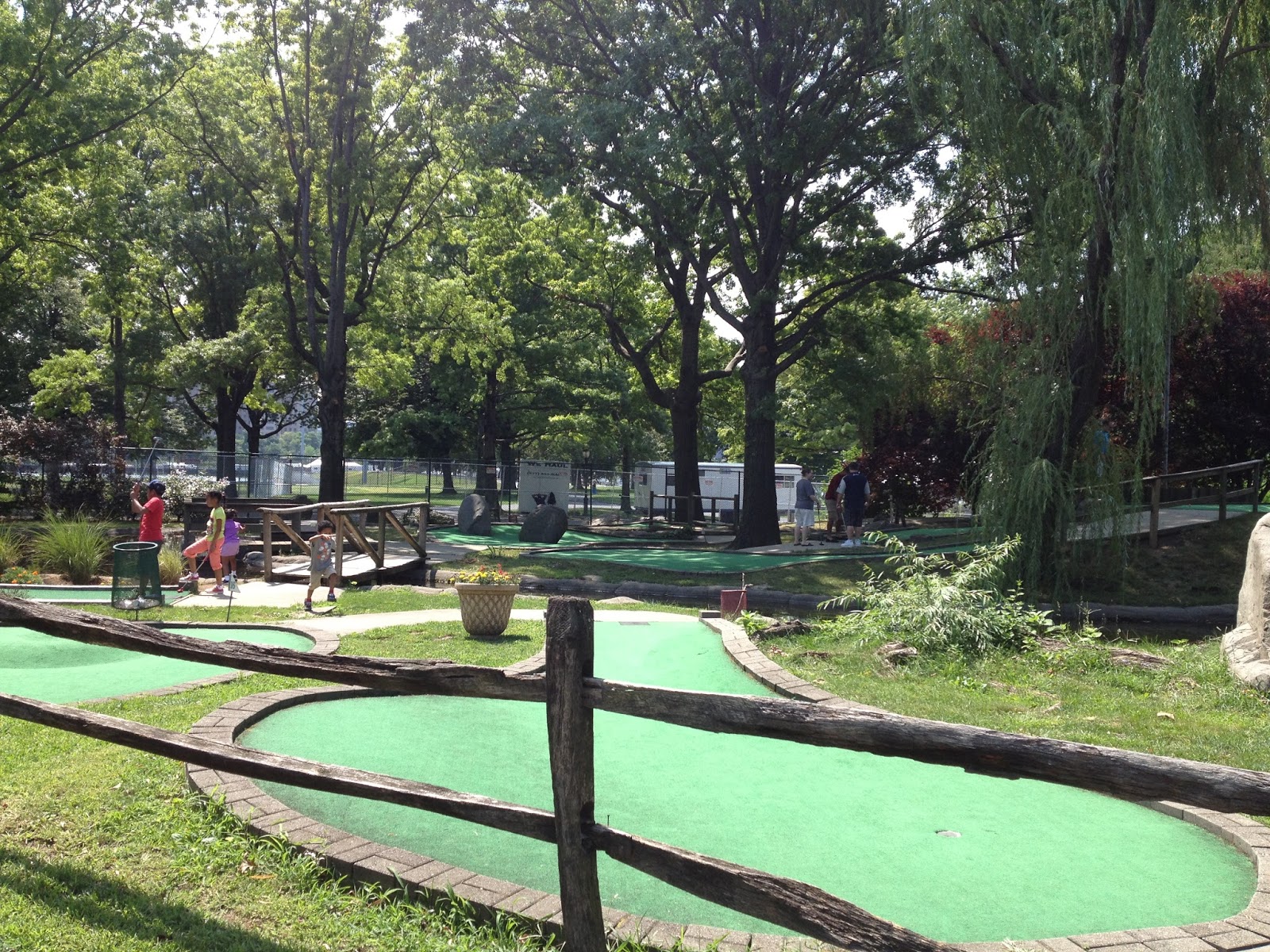 If I didn't know any better I'd say it's the same surface as the half-assed putt-putt course on the other side of the batting cage: 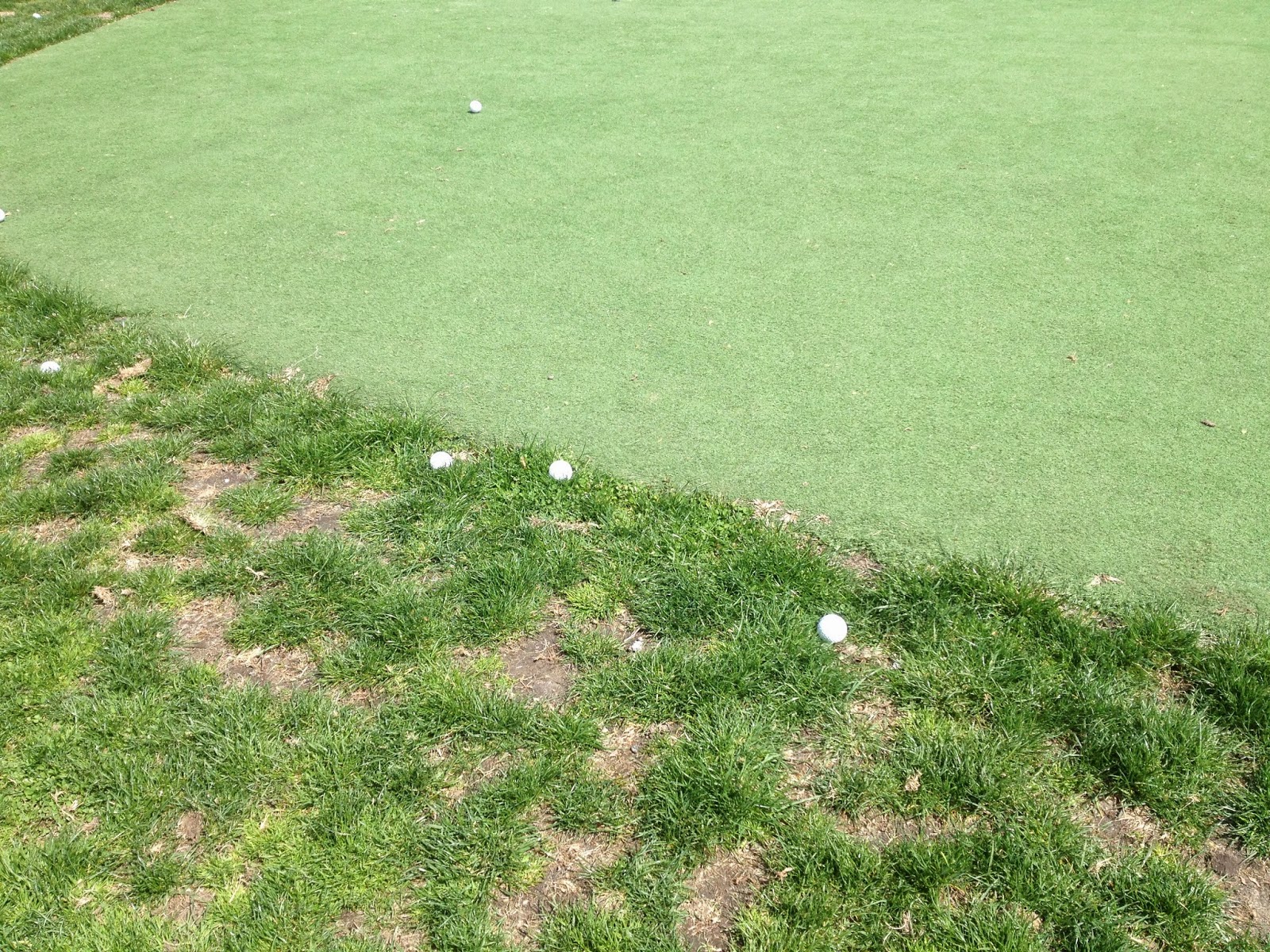 As such, it rolls very fast. I suppose you could just pretend you're at Augusta or something. Seriously though, you can't. This "green" is too littered with rocks to act out any kind of fantasy that involves a ball rolling in a true line towards a hole. No, here it's just about practicing contact, and landing on a target.

On the bright side, the greenside rough is actual grass, and it's really rough. 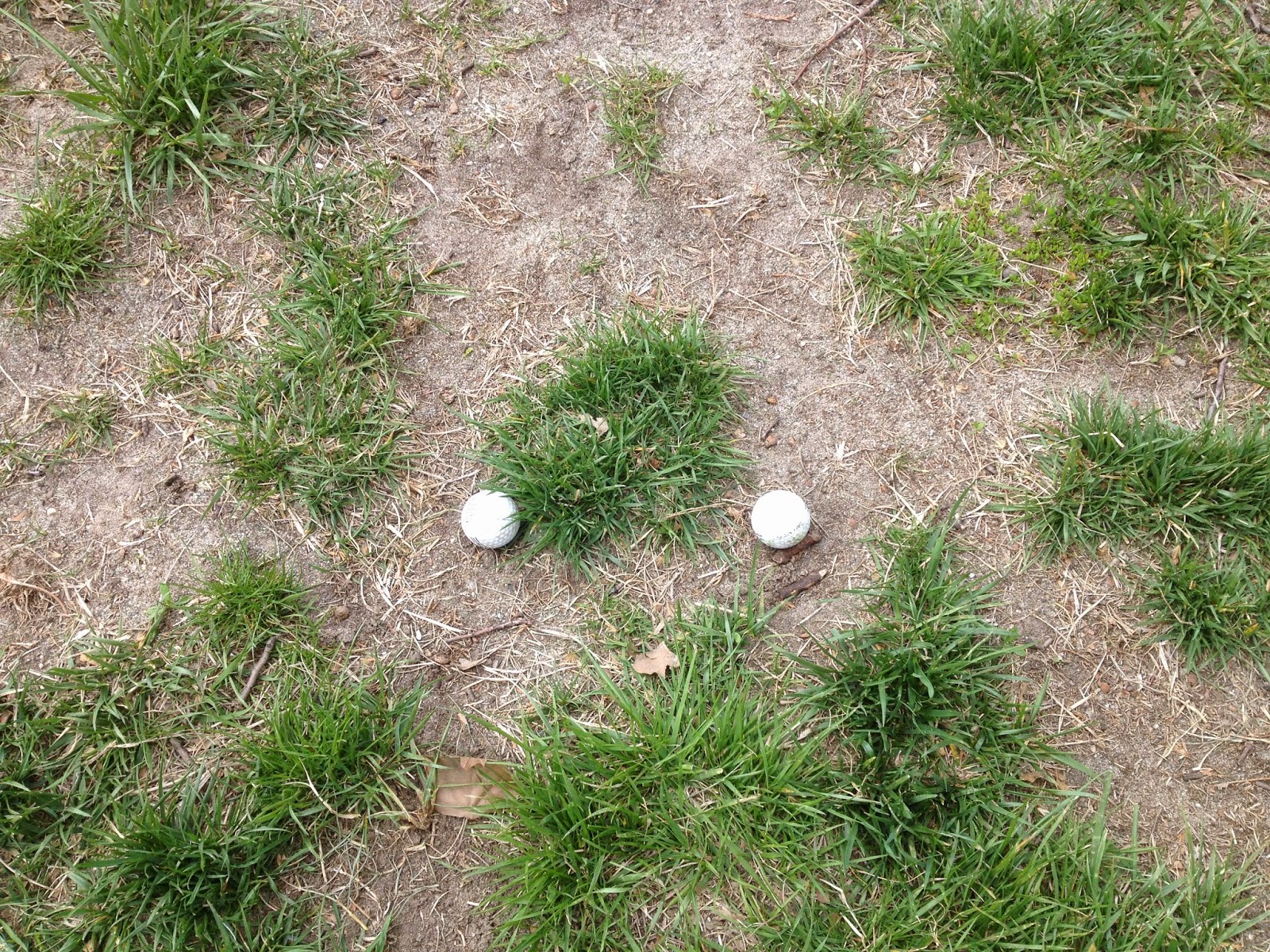 And patchy. It's almost like they optimized these conditions to serve the NYC golfer, who routinely faces similar greenside lies in the course of any given round around here. 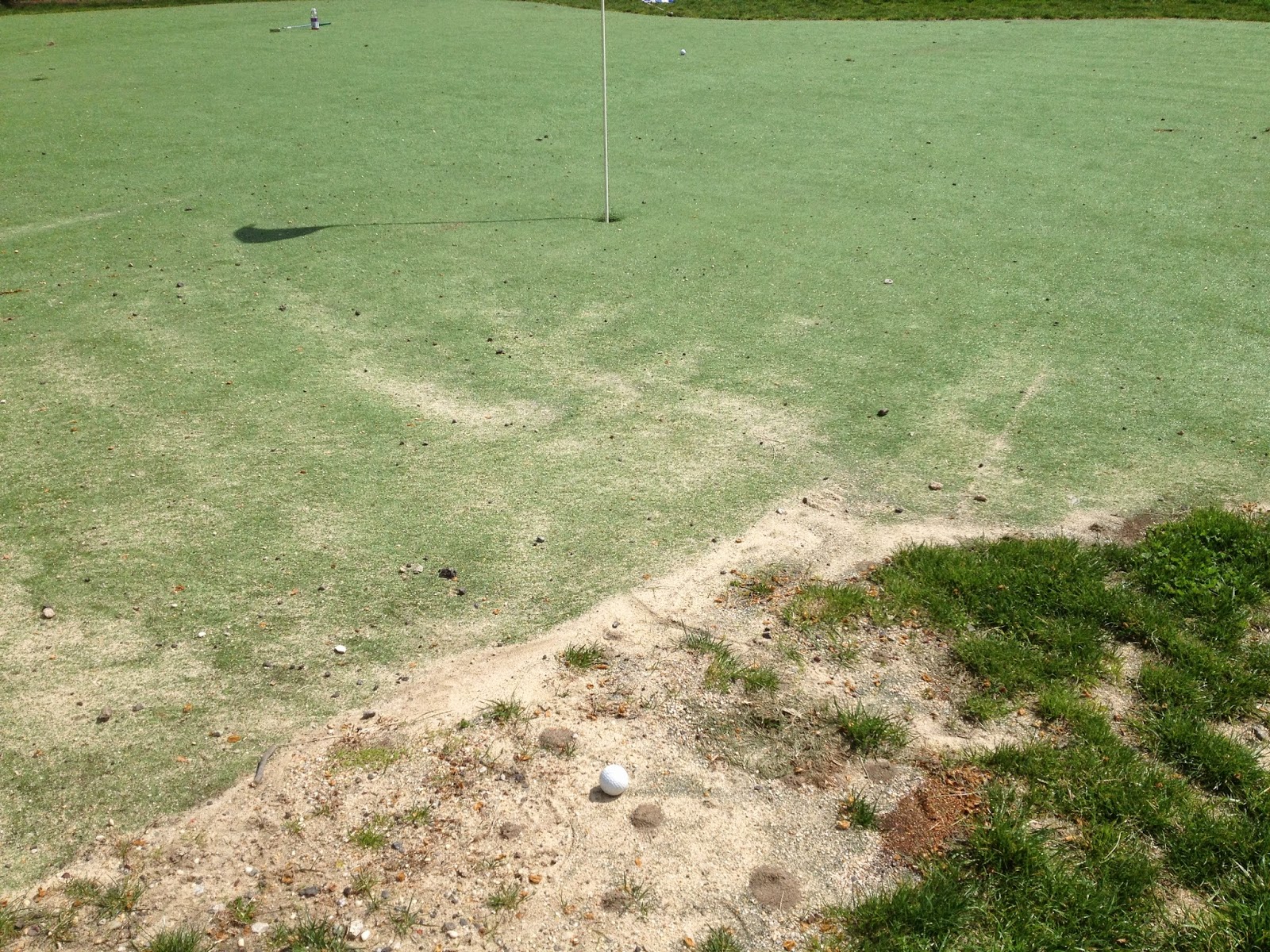 Or (more realistically), it's the simple result of general indifference and disuse. The anthills are kind of a giveaway.

Whatever the case, it fills a need. For me chipping is really calming. (What in golf is more soul-soothing than a nice chip?) It helps to groove certain swing fundamentals. And I suppose it's good practice for playing the actual game of golf, which I am guessing must be in the cards for me sooner or later.
Posted by Legitimate Golf at 9:46 PM