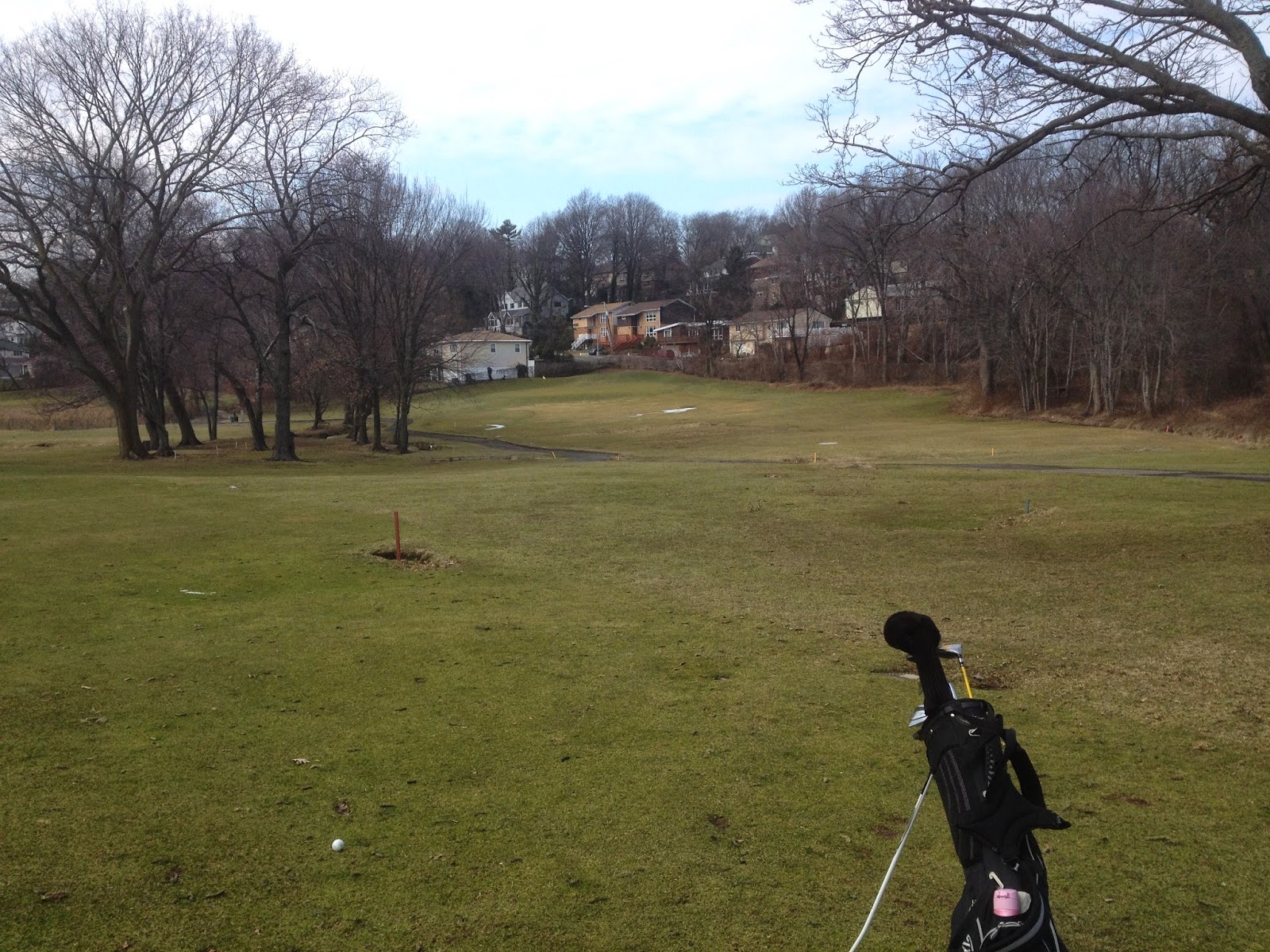 Hovering around 40º, it's another great day for some wintergolf and another great opportunity to squeeze in some more golf before The End arrives. I'll concede that it's pretty cold out here, but goddammit every round in these precarious times is a gift. The course is still very soggy (despite the underlying permafrost) so I wasn't allowed to cart-ride today even though I'd prepaid for one. This place has been good to me, and the deals are usually pretty good so I am going let it slide. 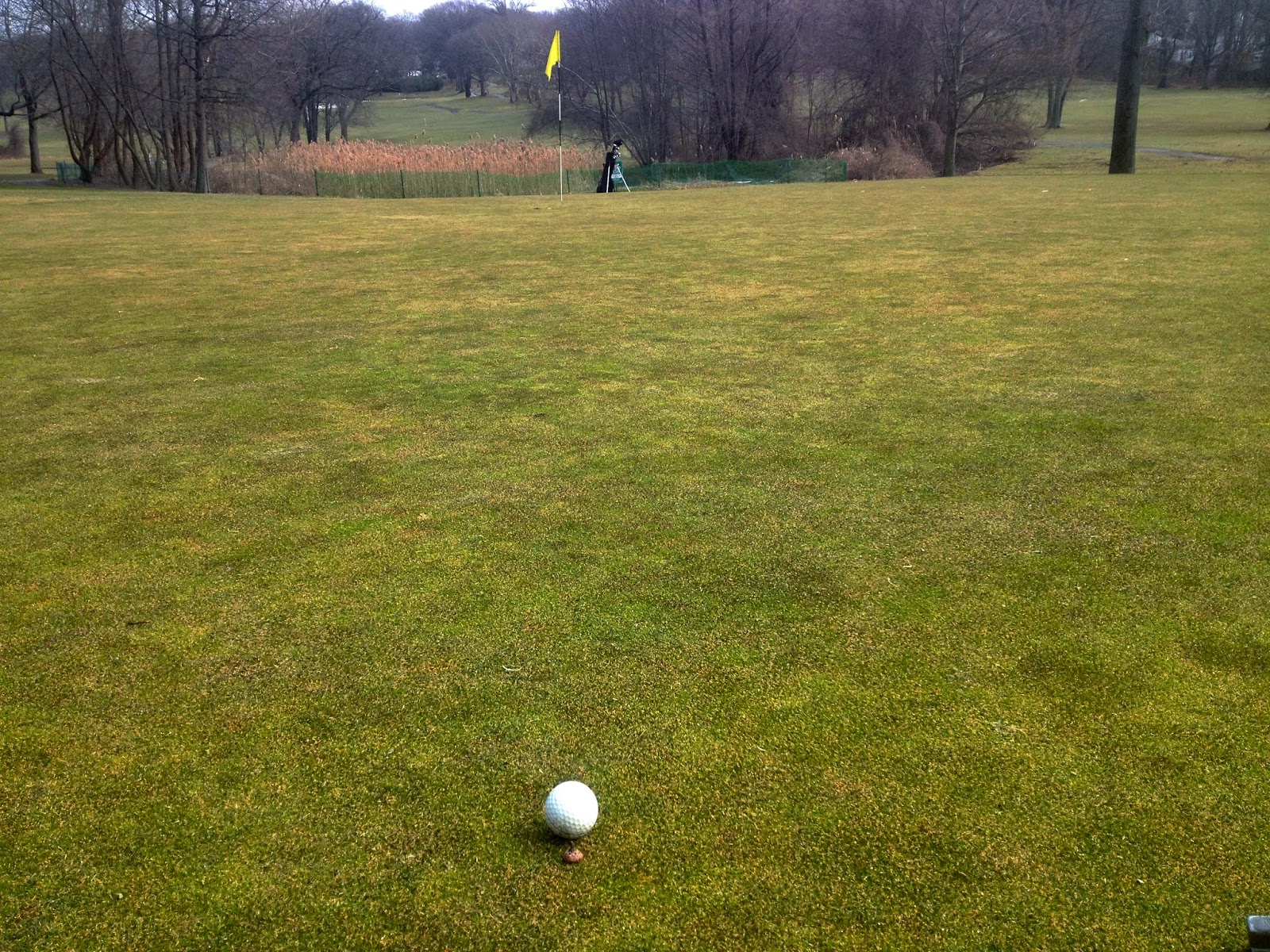 The greens are holding up well. The turf has been all kinds of wacky lately but the greens have been faithfully doing their job throughout this whole season of extreme-golf. They deserve some credit. 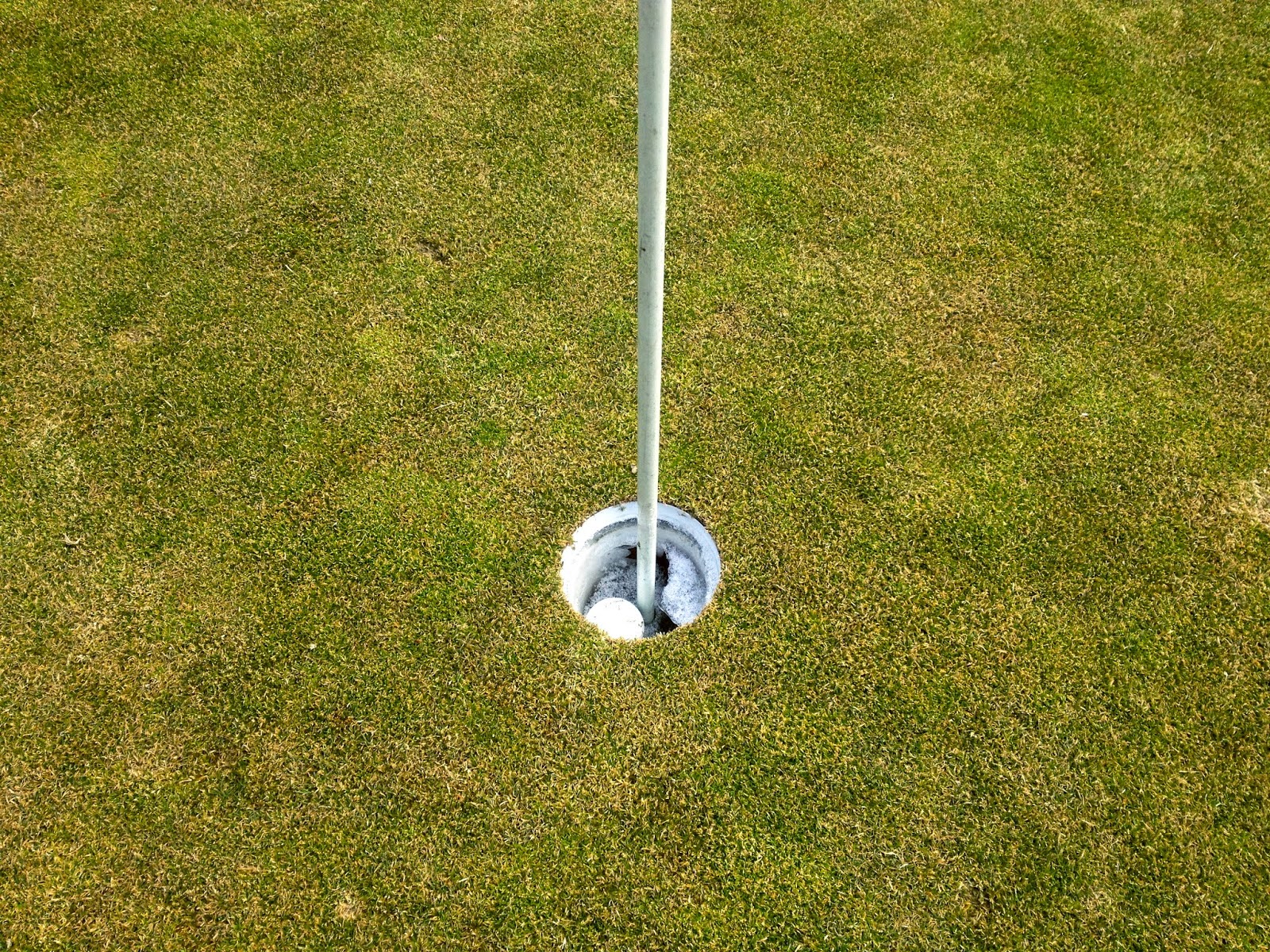 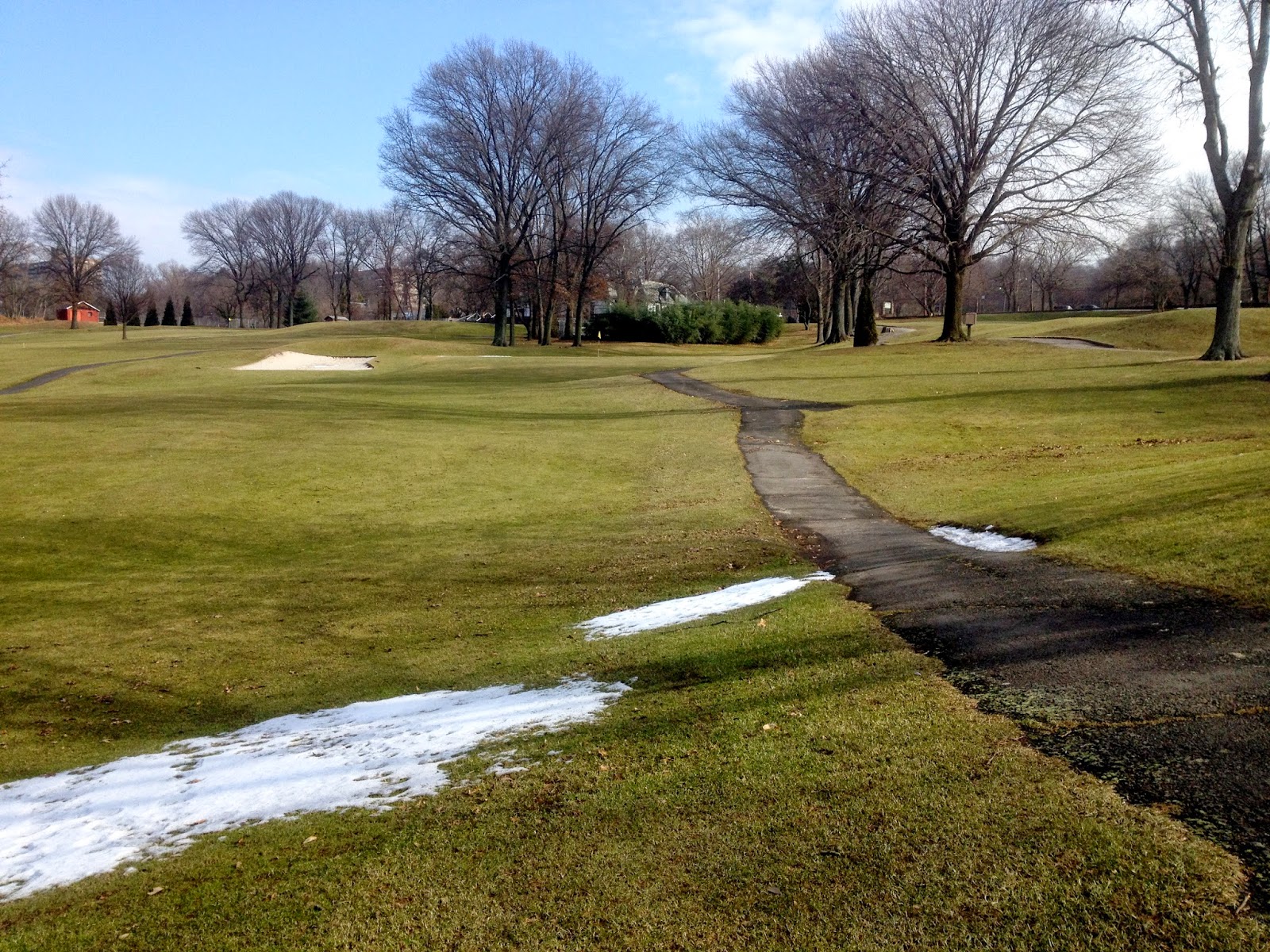 Still plenty of ice scattered around. At this point I don't even really see it. Playing golf amid frozen conditions is not that strange after you've done it a couple times. 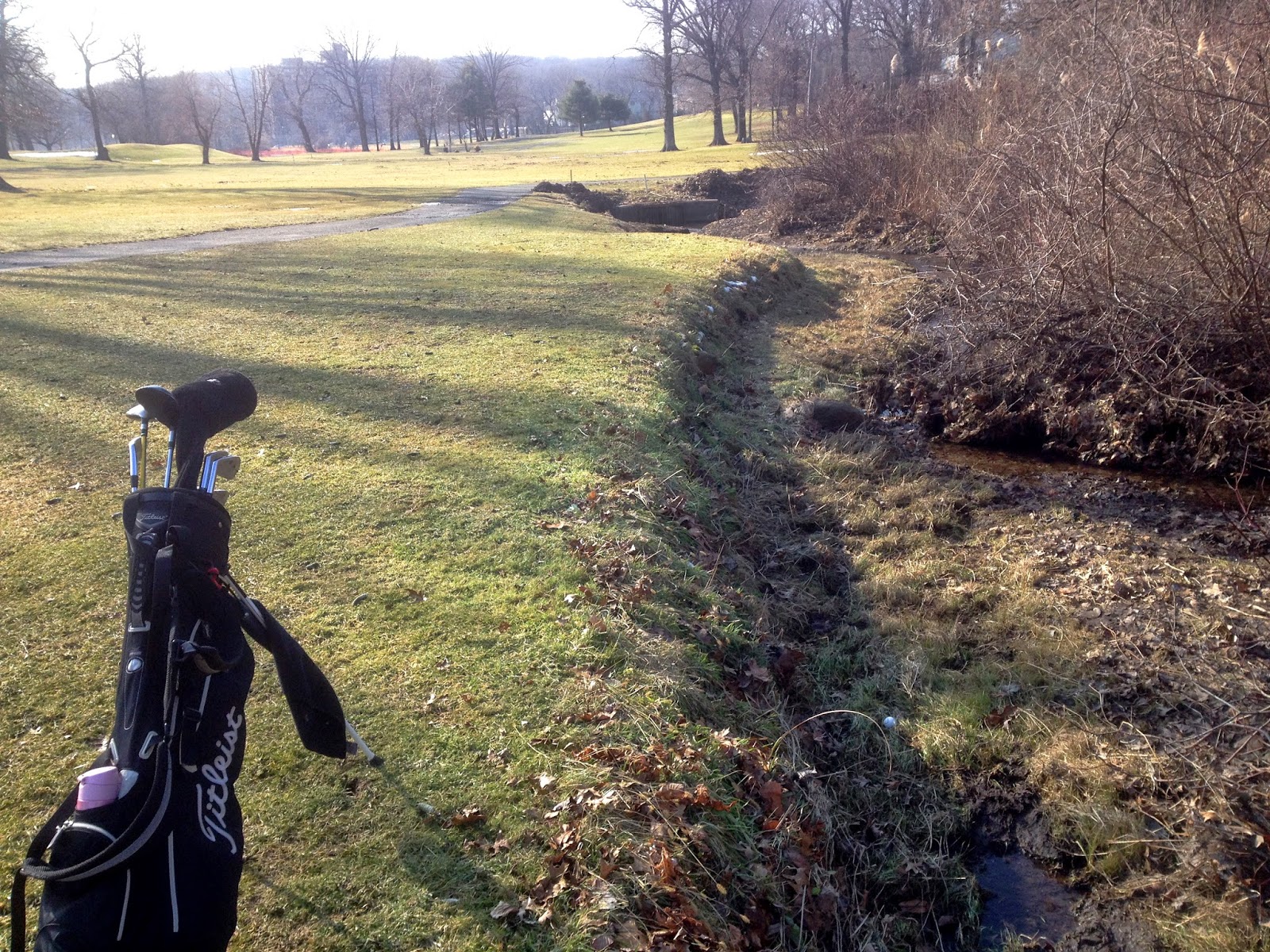 The turf, which feels kind of like hitting balls off of a Fudgesicle surface, is doing funny things to the ball. Tee shots landing near one side of the fairway and ending up clear on the other, stuff like that. 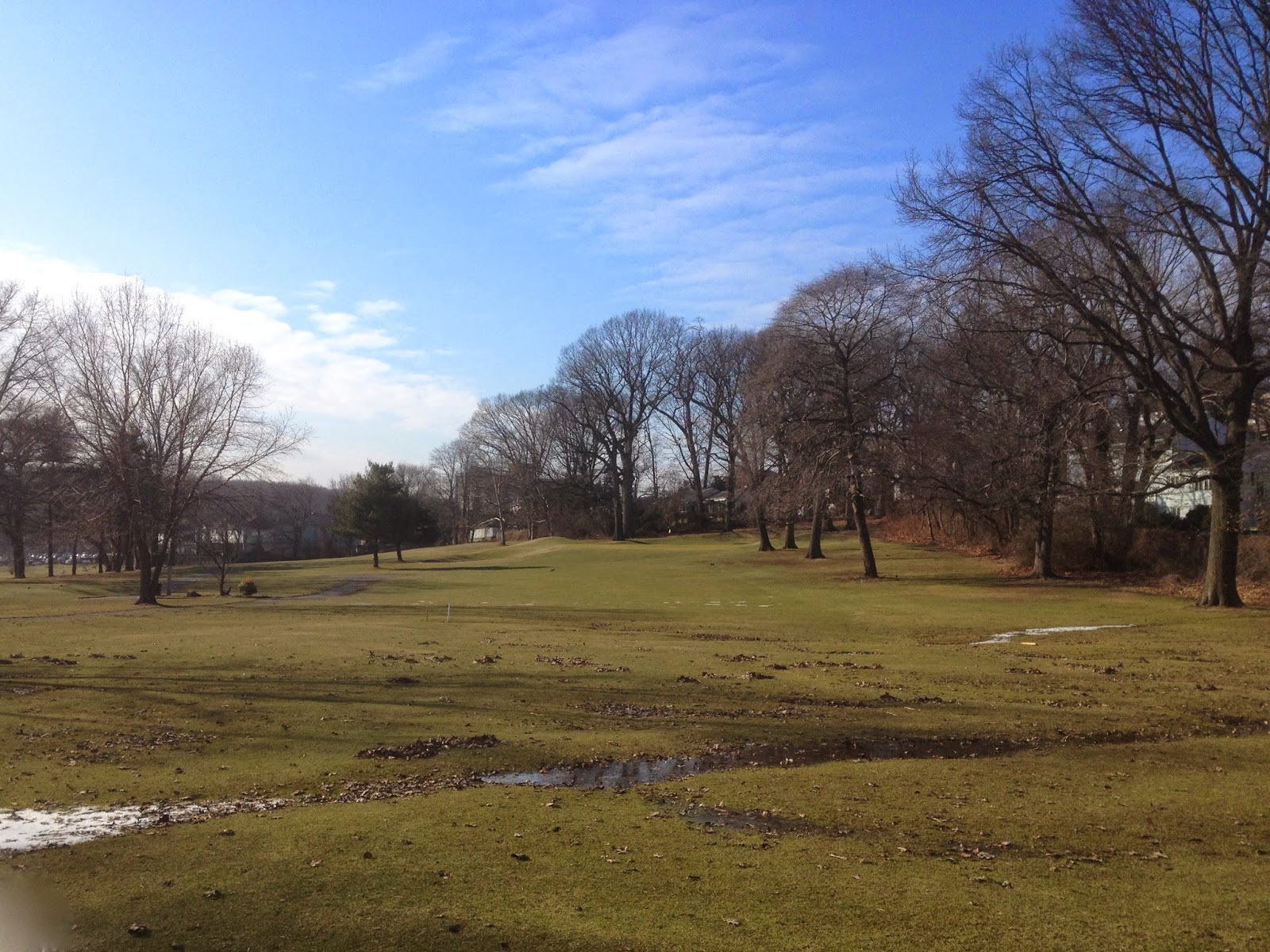 Even if they had let me get behind the wheel, it would've been slow going and I probably would've eventually stranded the cart in some mud. Anyways it's nice and quiet without all that motorized racket. I am the only person here. 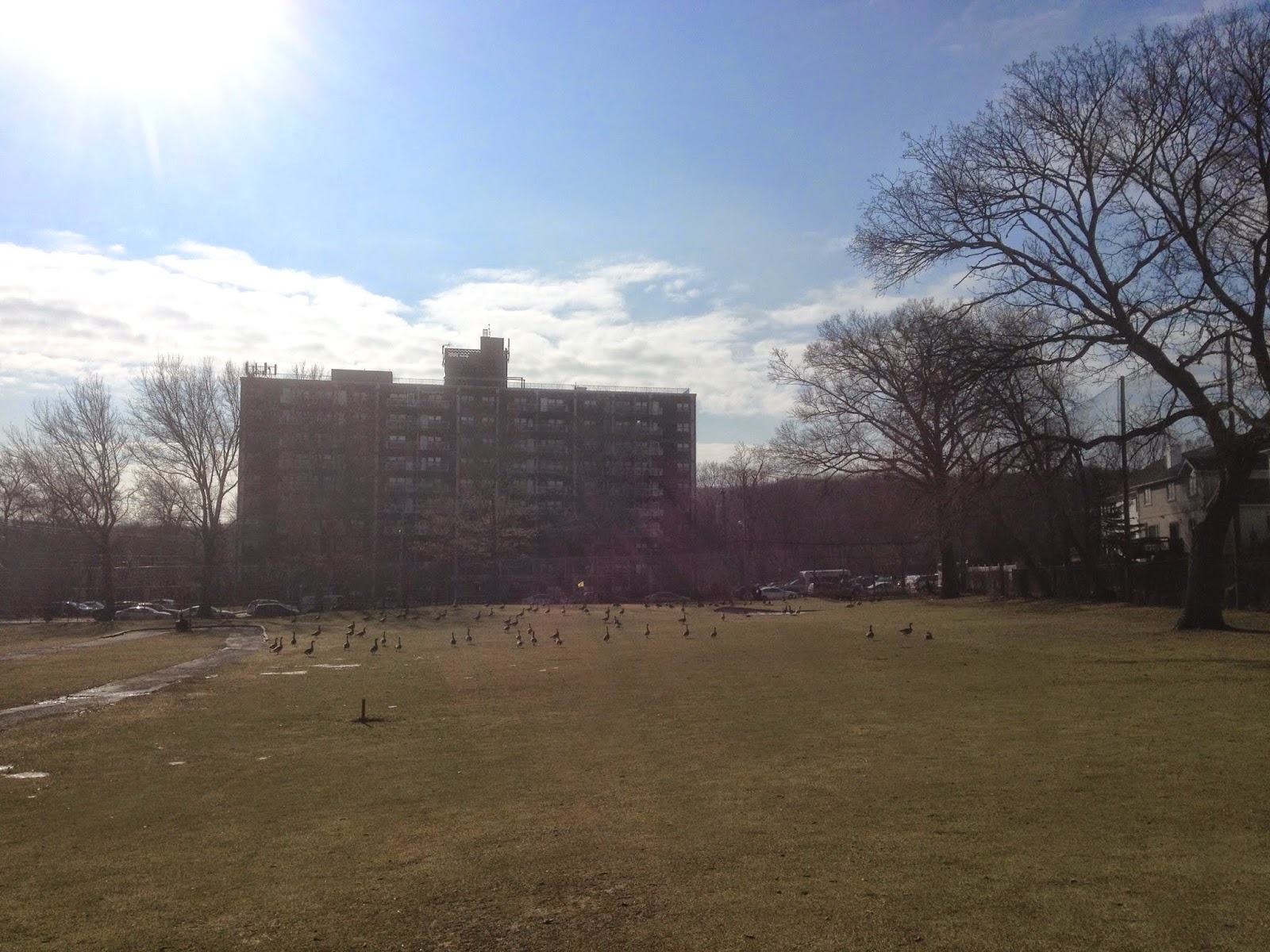 Massive Canada goose convention on the 13th. It's a little too cold and I'll be honest I didn't go out of my way to ensure the ethical treatment of these animals. I went right ahead and hit into the green. Somehow no birds were struck though and not a shit was even given. 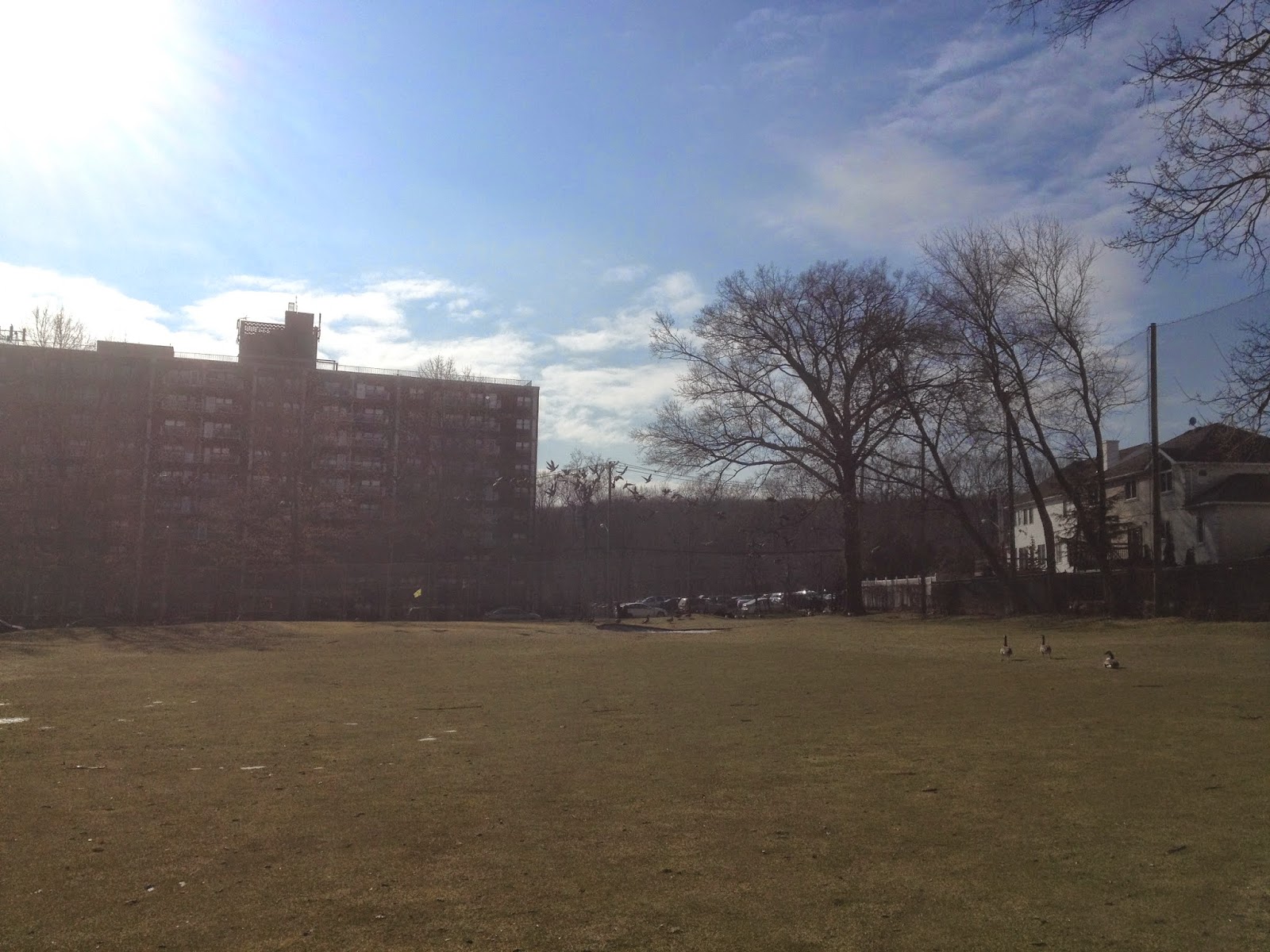 They only were bothered once I started approaching, when most of them scattered. 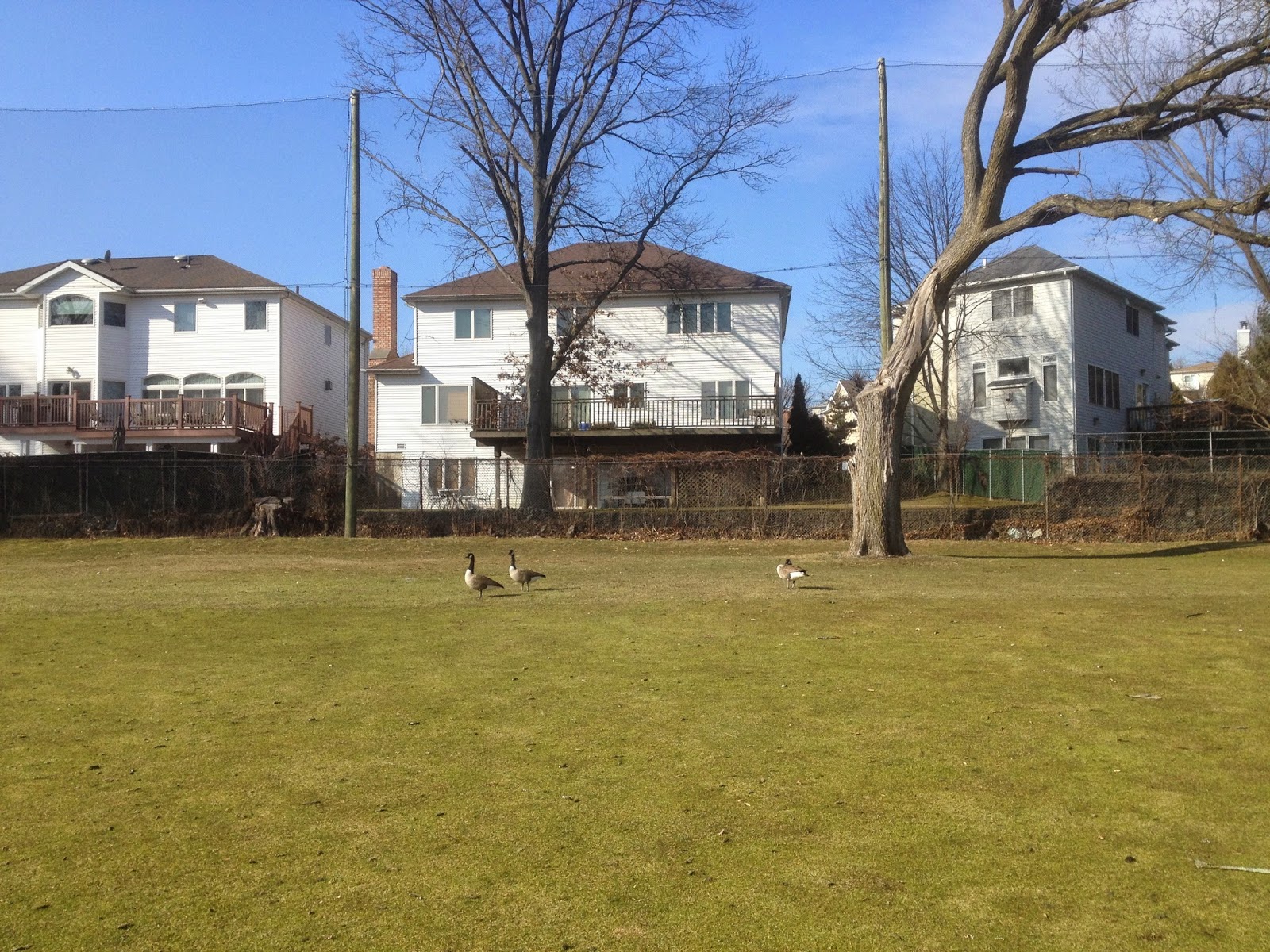 These tough guys couldn't be bothered to move on my account. I respect that. 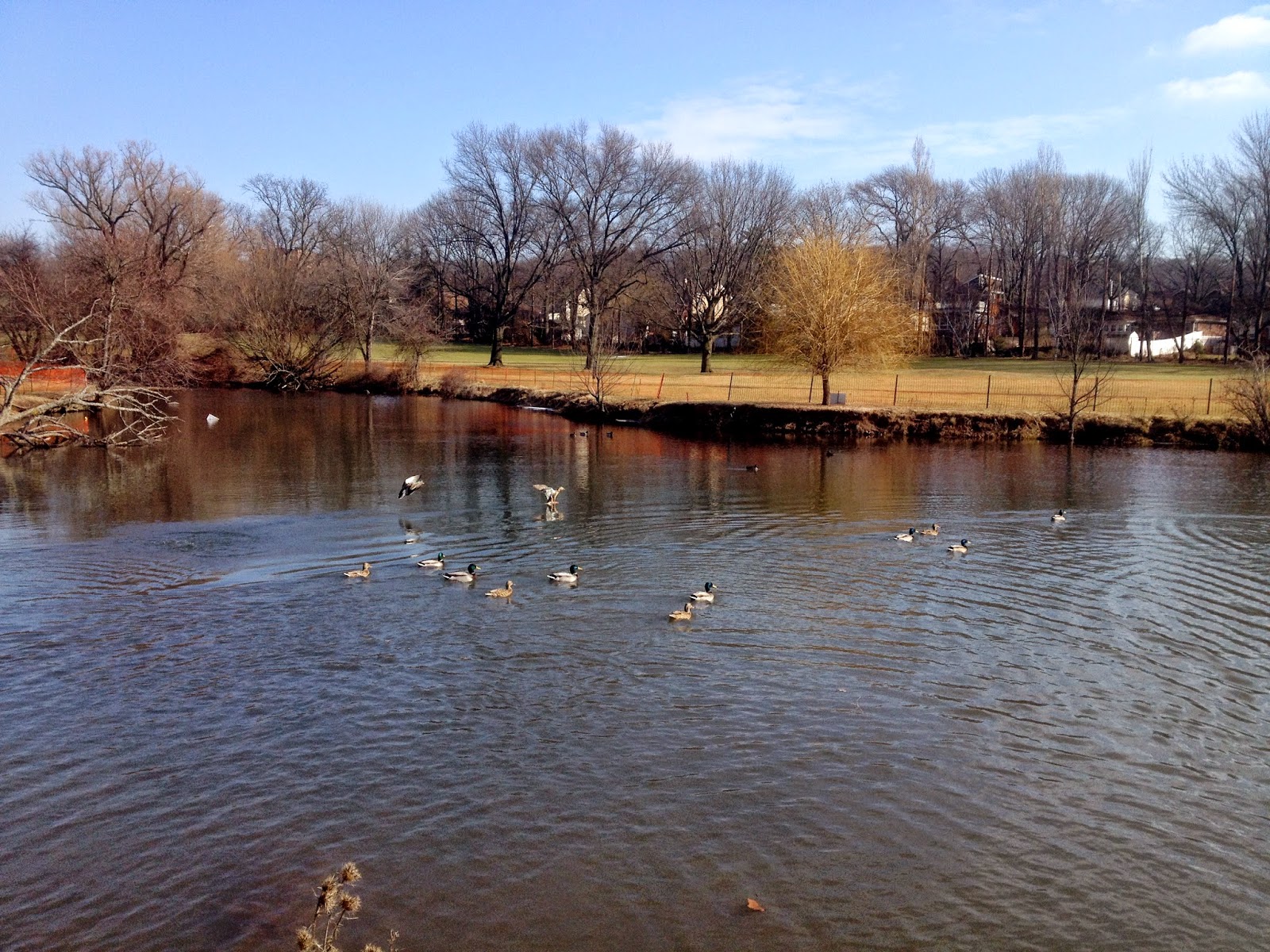 Some mallard ducks enjoying the water hazard on 15. Fun fact: the ones with the green heads are the males. I was not aware of that. 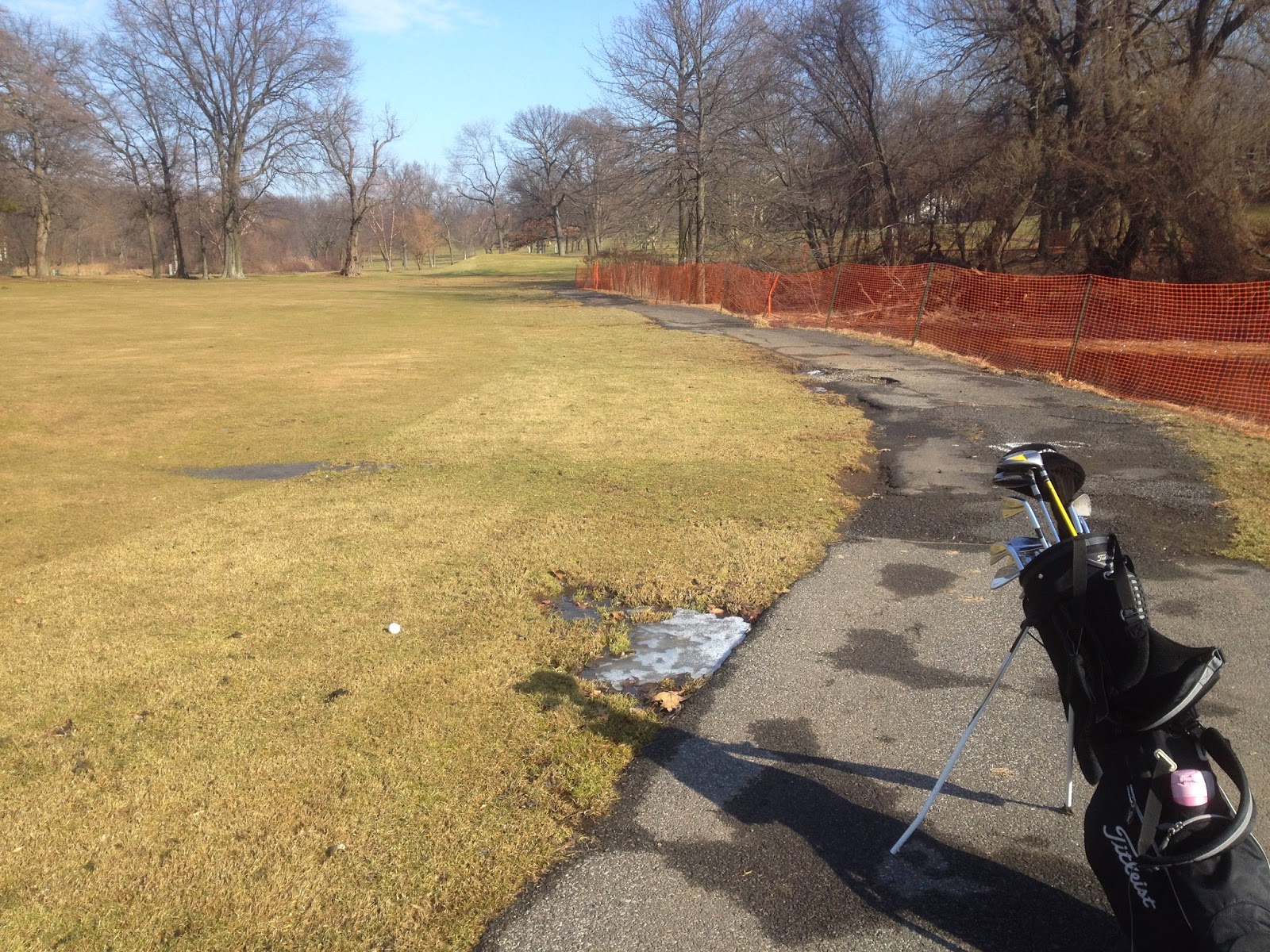 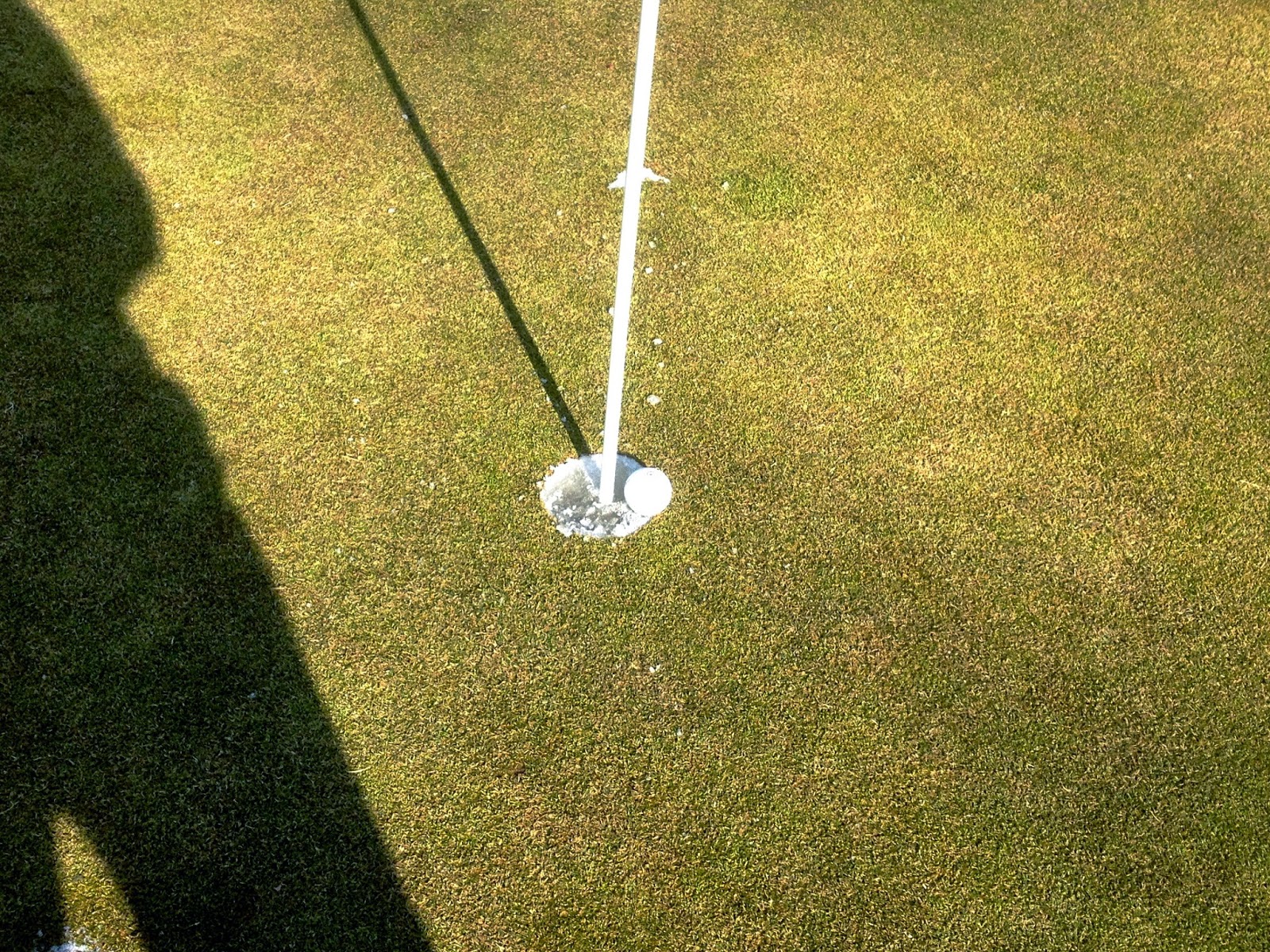 The 15th hole was almost filled to the brim with ice, just enough depth to catch a perfectly placed putt. Okay, so this winter golf thing is officially getting kind of ridiculous. I can admit that. 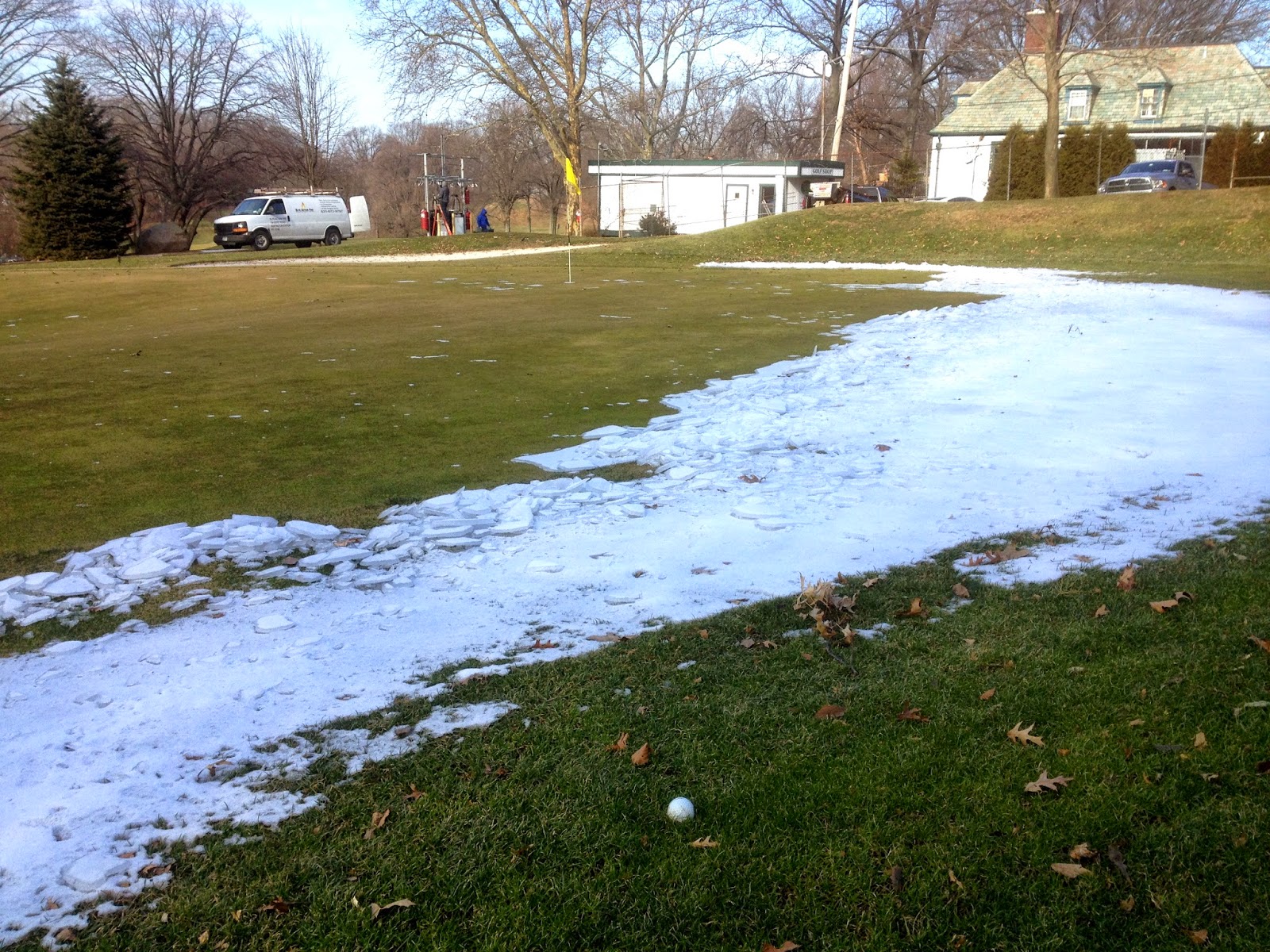 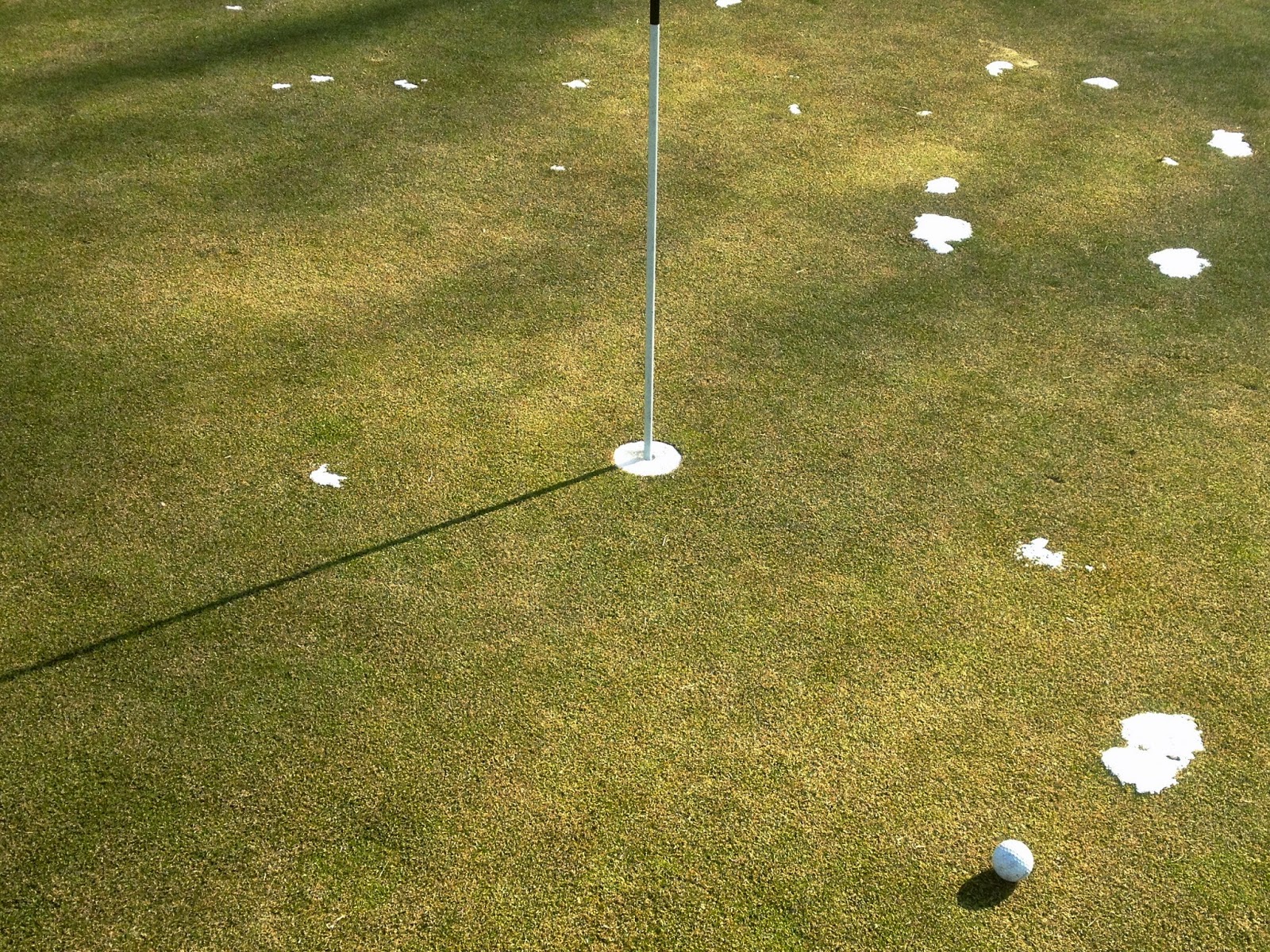 This time the cup was completely full, which means I couldn't actually hole out. Once the ball touched the ice I considered it holed, it was the best I could do. 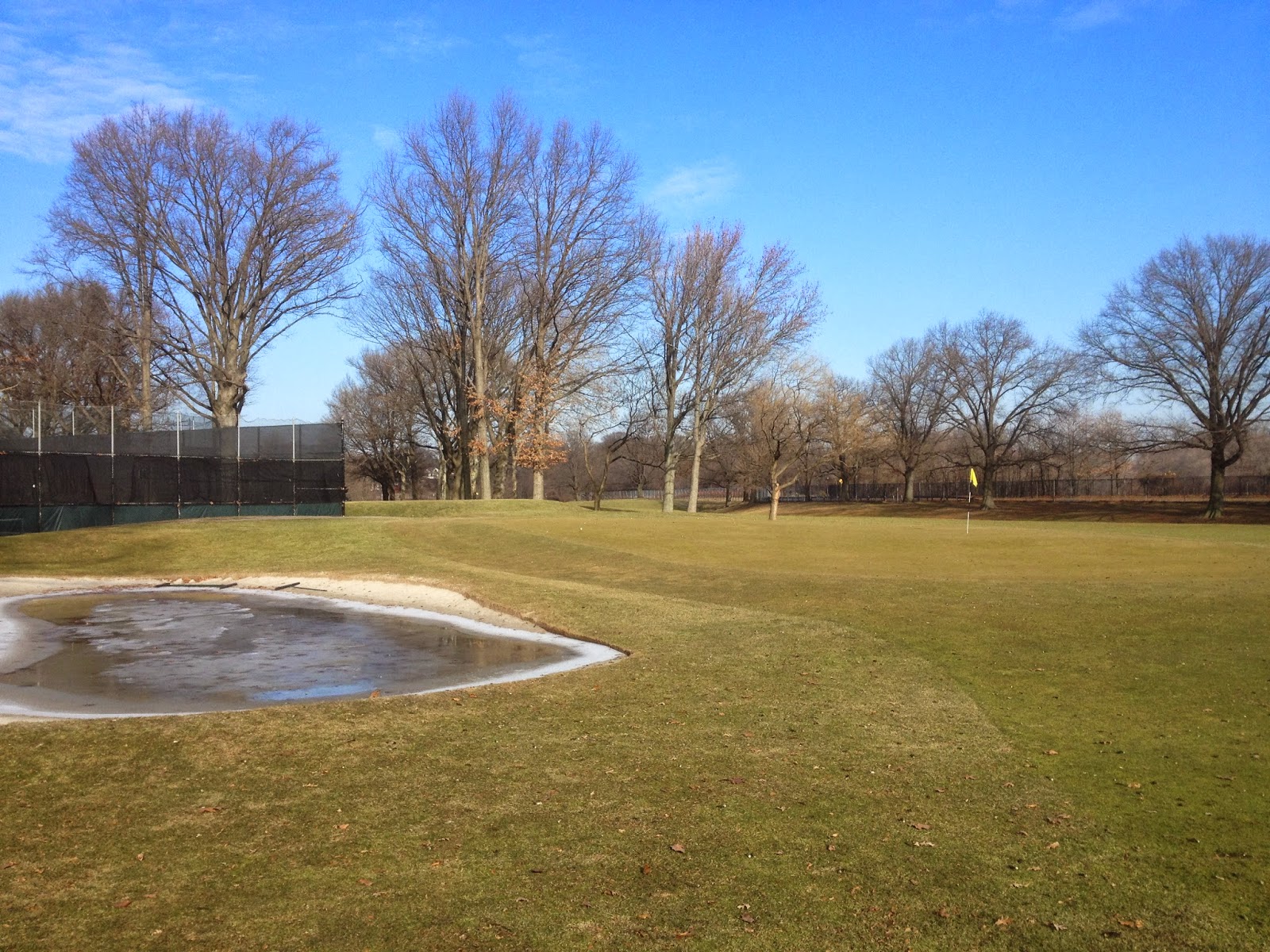 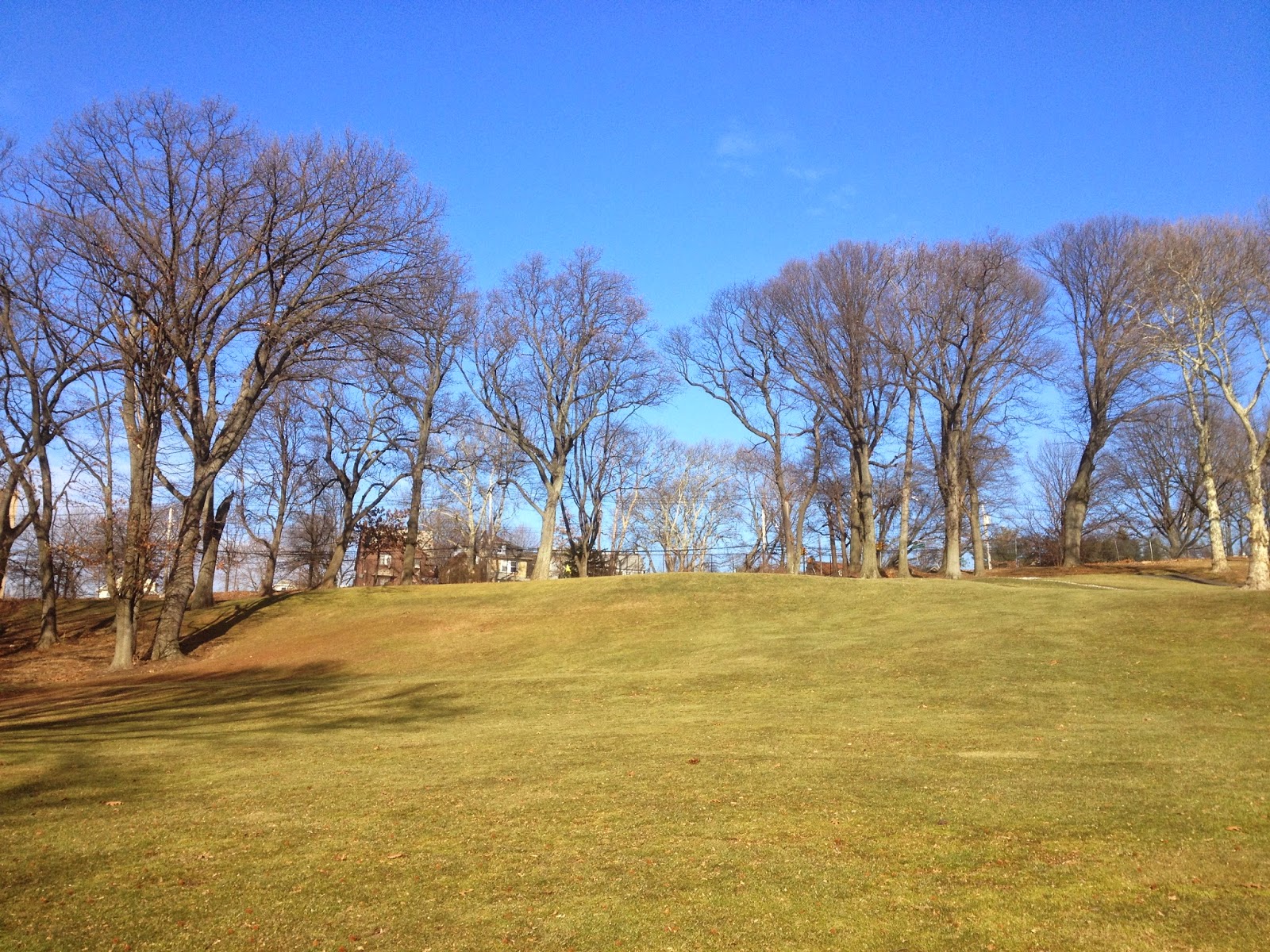 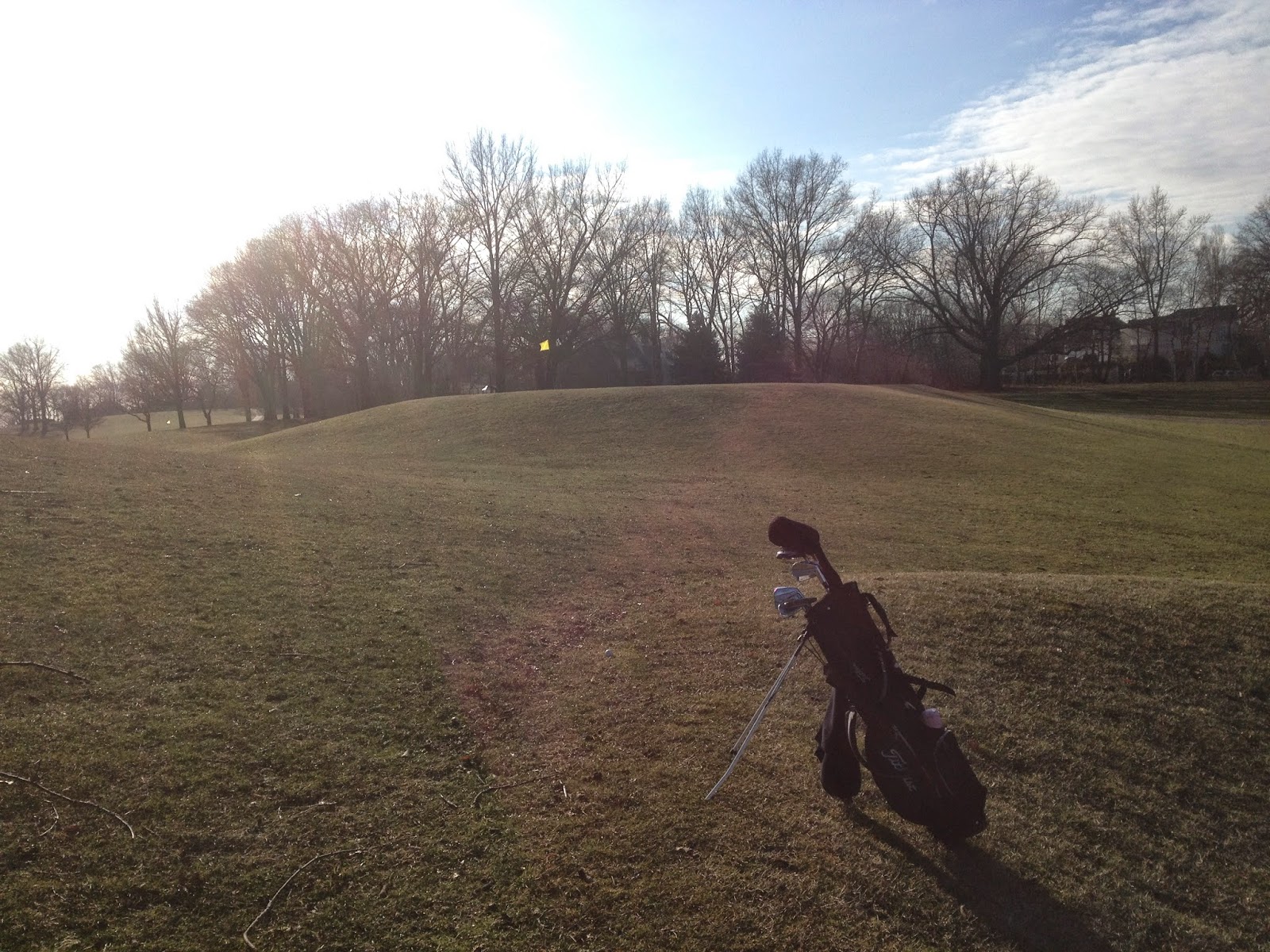 I got a bit of cart path roll here, but boy, this is a long drive and some unfamiliar territory. Just a little chippy shot left into the 316-yard 7th. Damnit--I am having such a wonderful time here and there's only about two holes left to play. 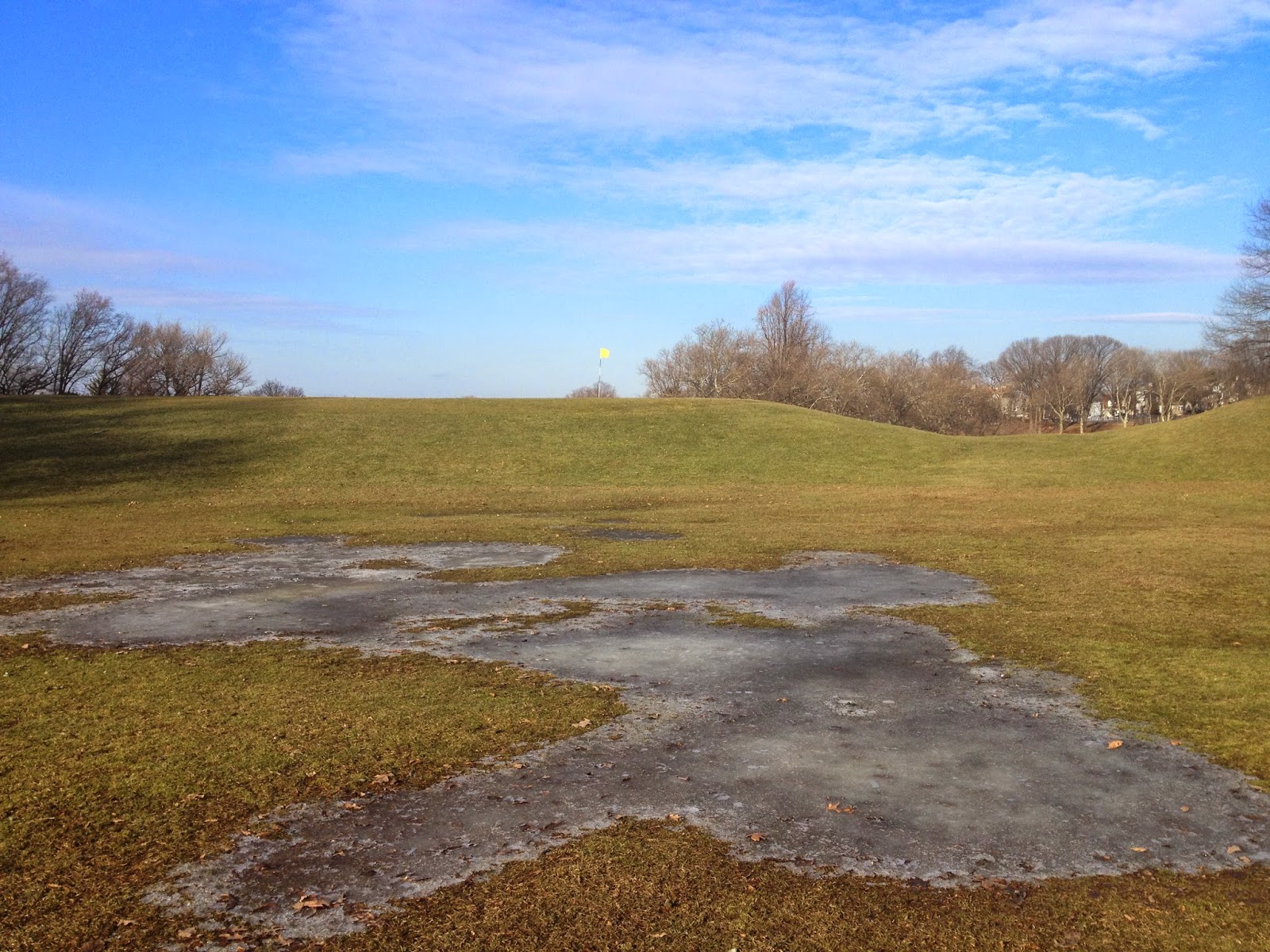 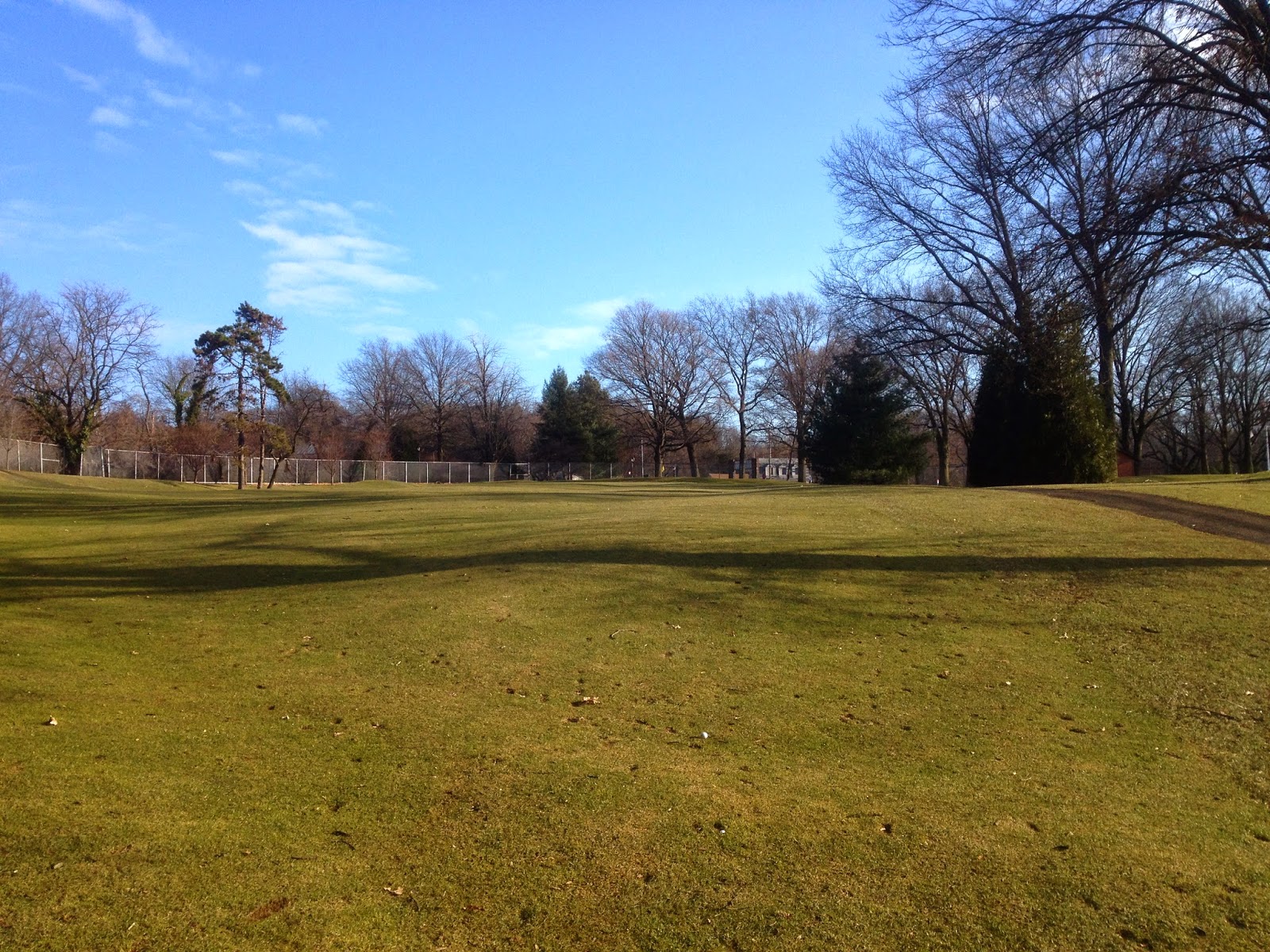 I started to pick up some momentum on the back nine and started hitting greens like it was going out of style. Somehow the ball's really traveling today. On the final hole yet more unfamiliar territory, only about a hundred yards out on a 379-yard hole. 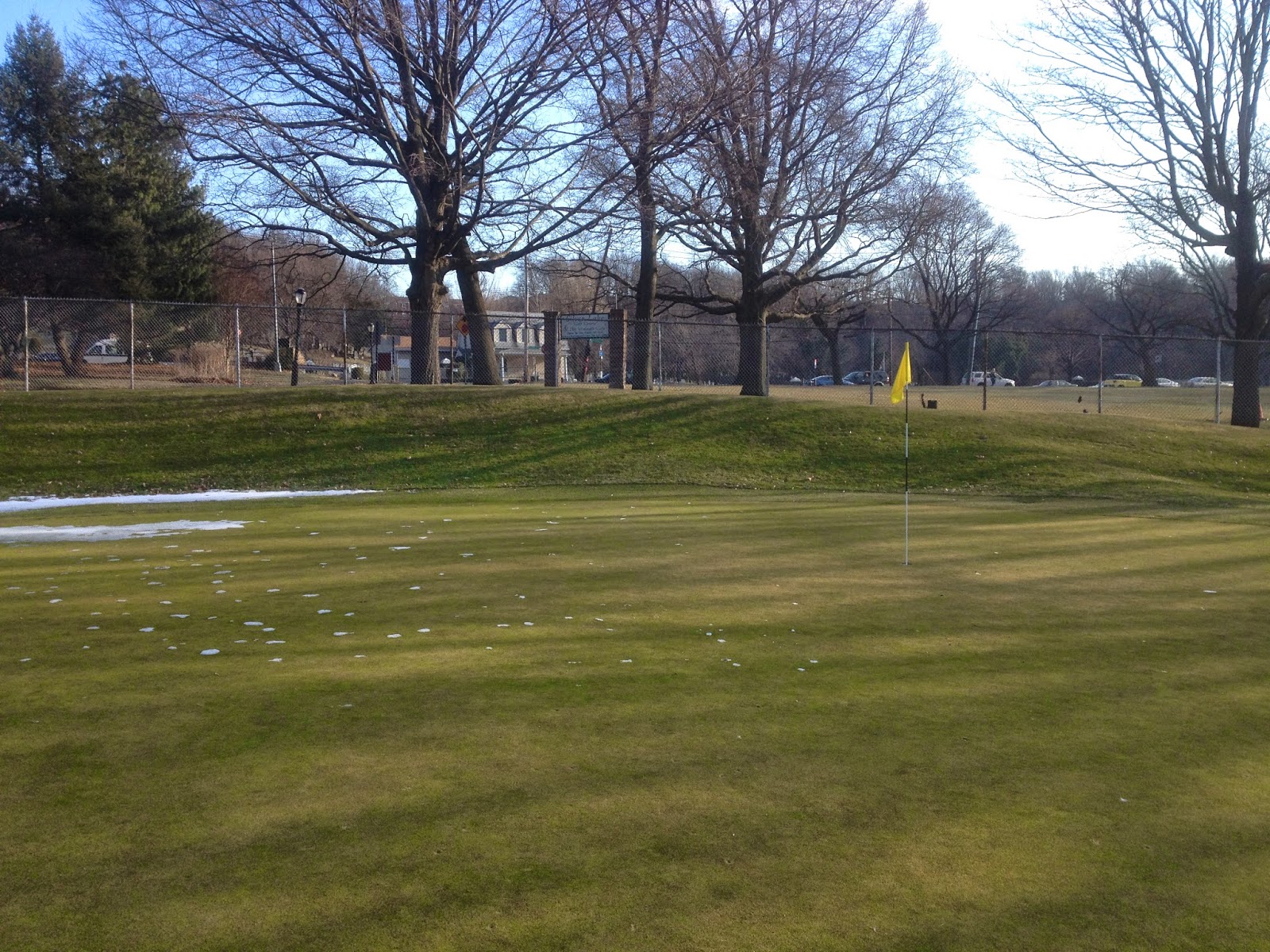 My ninth GIR of the day and I am ecstatic. A couple putts for par, a back nine 38 (probably a personal best) and an 81 total which ties my best score on this course.

It's pretty cool that I'm now playing better than I have in a really long time, right? Too bad our golf season is now at the brink of termination. That's the rub. There's always gotta be a rub. Oh well. There will be plenty of time for pitiful lamentations once we are waist-deep in permafrost. For now it looks like there will be one more opportunity before the whip comes down. A precious opportunity. I do believe there's a low score out there somewhere, and if I am to find it I must focus on the here and now.
Posted by Legitimate Golf at 7:09 PM