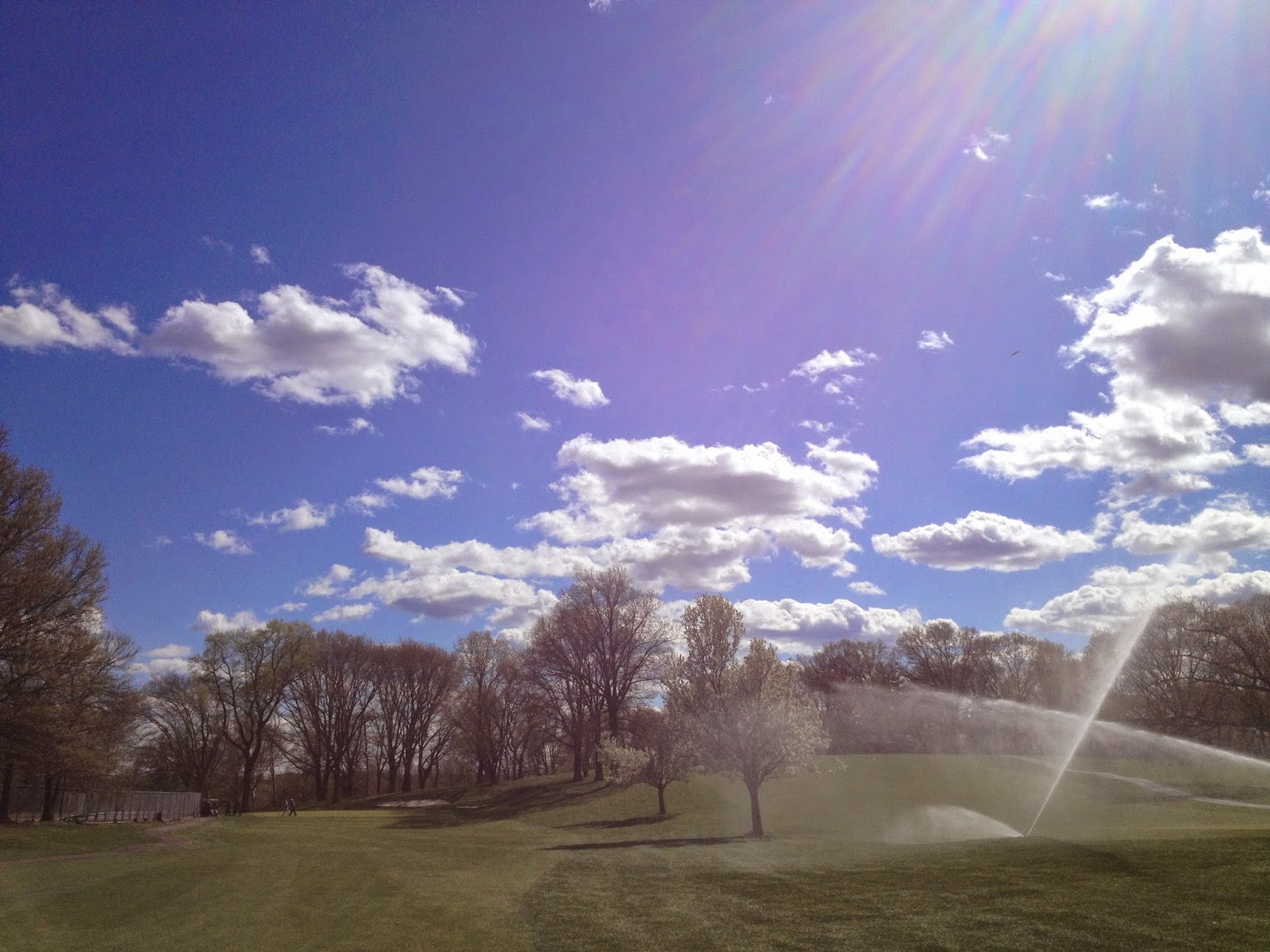 Now that there's some stakes involved, it's time to get serious. So as I made my way to the course I talked myself into some self-confidence--I am going to do this, today's the day, etc.--while going through a mental checklist of bullet points to support my case. Doing this reminded me of how lackadaisical I've been and that it's been so long since I've properly hyped myself up at the start of a round.


Due to some traffic on the front nine the starter sent me out by myself on the back side. He must've been expecting some push-back because he kept trying to talk me into it, explaining why it'd be better this way, that there was an outing of some guys from the local utility company on the front, and how empty the back nine was. I had to cut him off. Say no more, my friend. 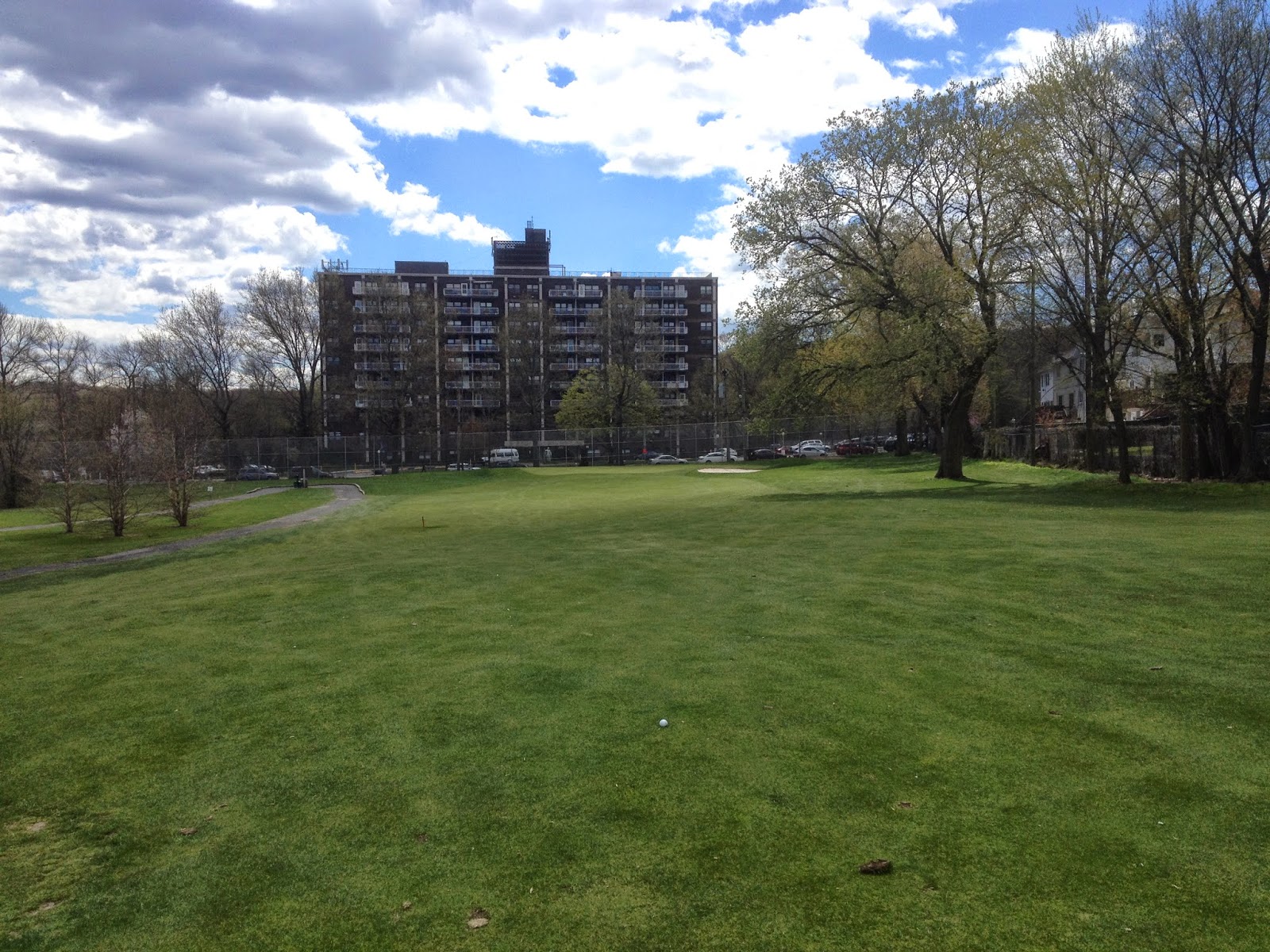 The back nine is the much trickier side of Silver Lake. There is not a single easy tee shot or approach shot, not a one. So even though I narrowly avoided a four-putt on #10, and then missed a two-foot par putt on 11,  I was feeling pretty bullish having gotten through the first few holes at only a couple over par.

And while my flushed tee shot on the par 3 16th was apexing and streaking towards the flag I started to feel even better. But then I saw the ball take a big bounce off the firm green. From the teebox I couldn't see where it ended up, but the gut feeling wasn't very good. 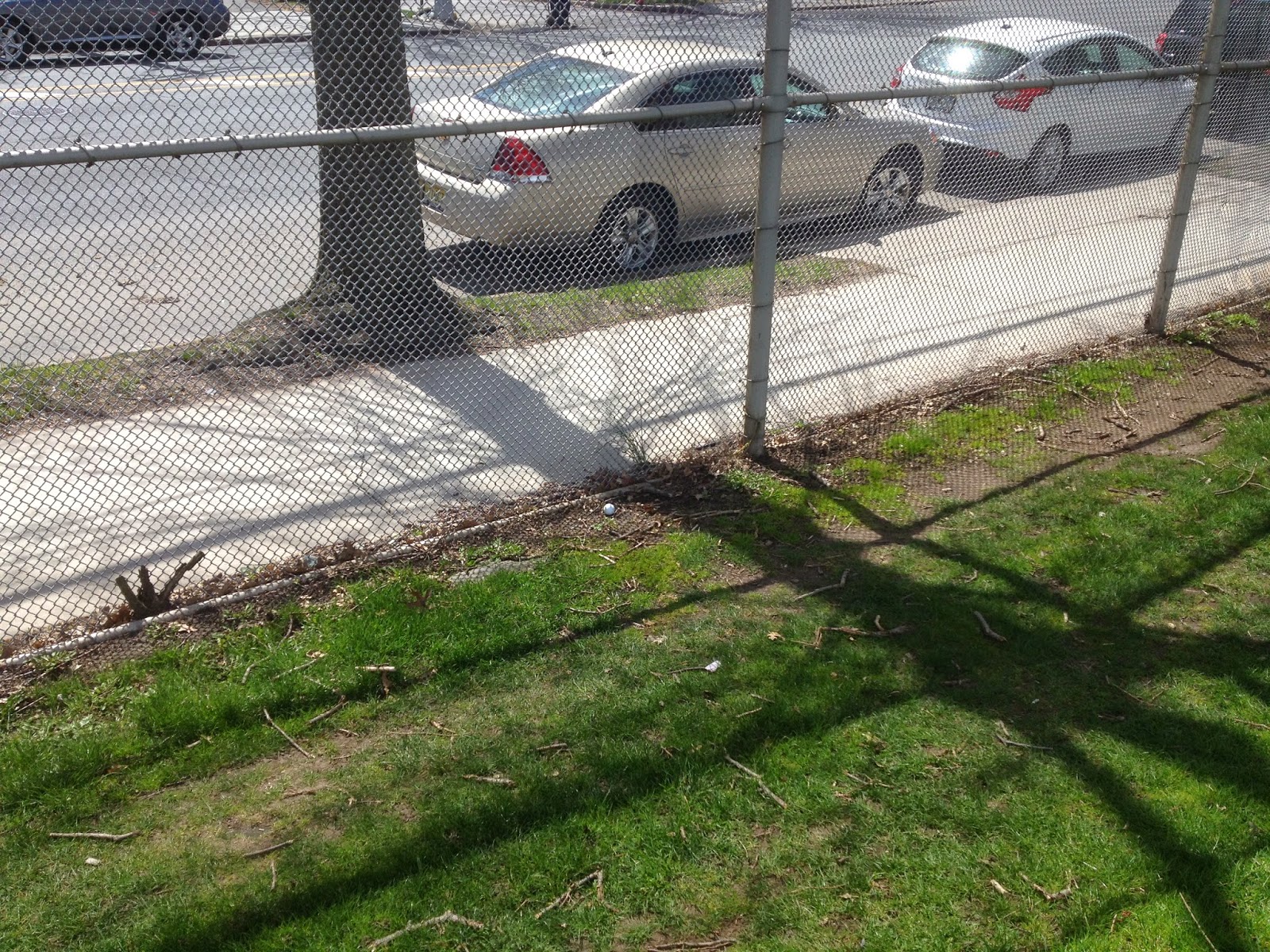 I've never been back here in all my rounds at Silver Lake. This hole is well over 200 yards, usually into a wind, so it's normally a full-bodied 5-wood just to reach the green. Today though, 3-iron was too much. What the F to even do from this kind of situation? Take unplayable? Mentally I was caught with pants down.

I tried to backhand it out, and nearly did, but it came up just short of the elevated green, rolled back down and came to rest up against the chainlink once again. Disgusted, I swatted at it again, this time away from the hole and the green, from where it took three more shots to get in.

The last two holes of the back nine are fairly long and demanding, and I played them like crap while still reeling from the bad break and triple bogey. So despite the good start I went out in 44 strokes. I could still come in under 80, but I'd have to shoot even par on the front nine. Tough, but feasible.

The front side was traffic-jammed and with about five holes to go I was forced to interact with people when I ran up against and joined a duo of friendly seniors. 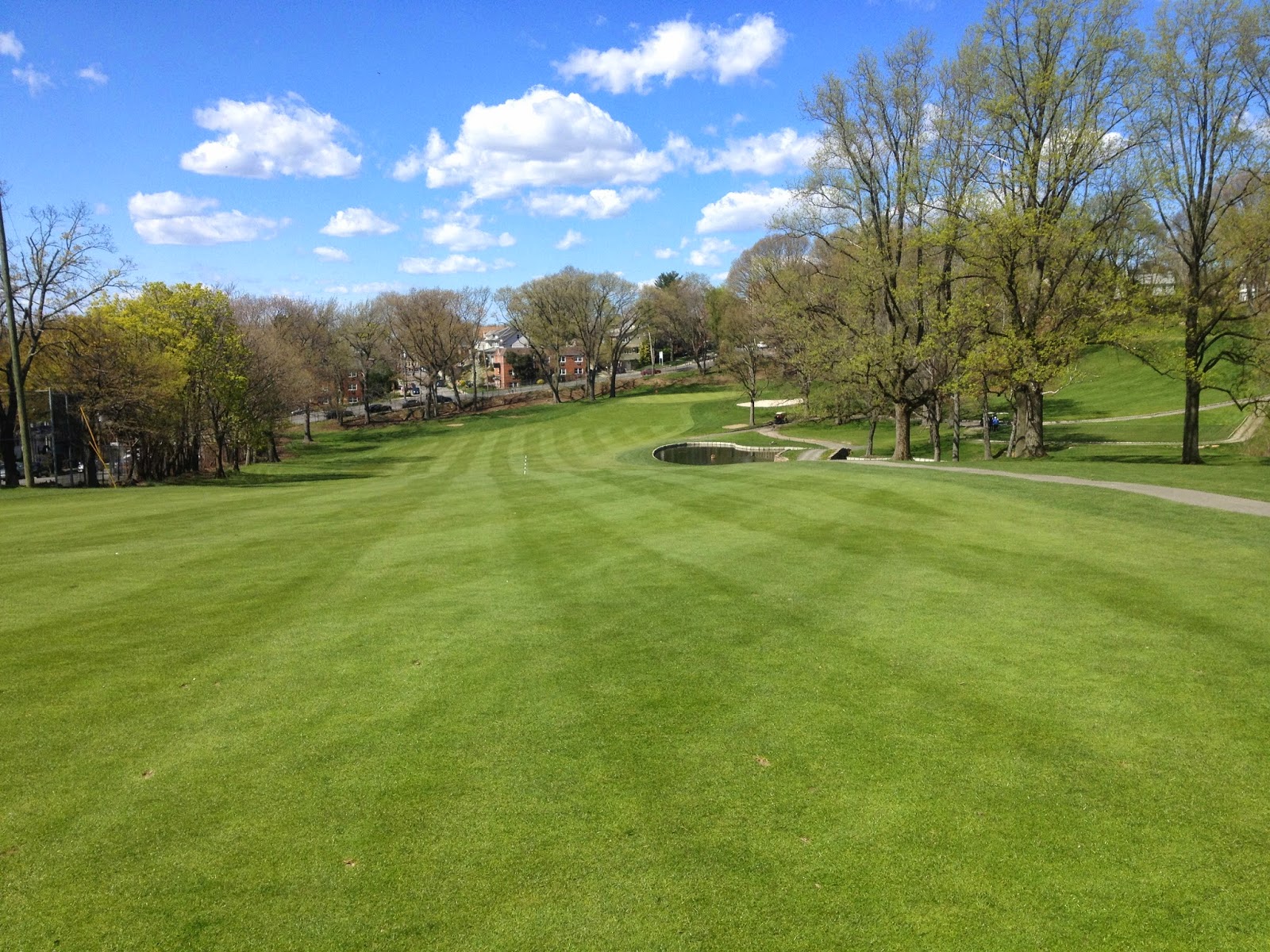 I hit one of the best shots of my life right from this spot--a 3-wood off a downhill lie, about 240 yards, fading around the trees on the right, to the dead center of the green.

It wasn't enough though. A respectable 39 on the front side was only good for a 83. Nothing to be thrilled about, but it's a tiny baby step forward. Four shots off the goal, and it's fairly easy to see how four might've been shaved off of this effort--a triple bogey here, a double there, three missed short putts. And while the 16th hole was heartbreaking, it probably needed to happen for my own good.
Posted by Legitimate Golf at 8:50 AM