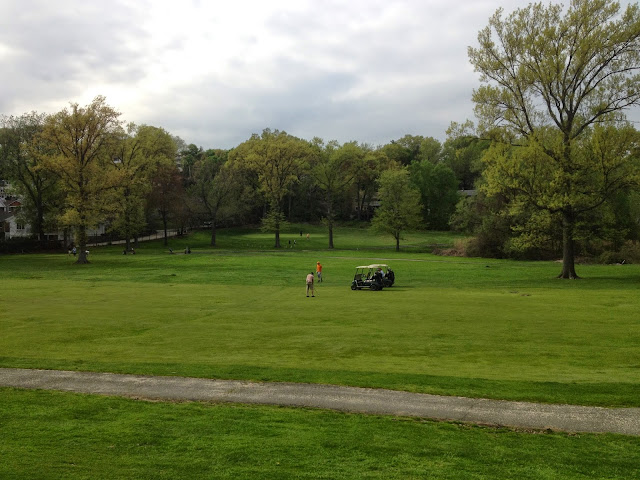 Let's start calling these things "episodes" rather than attempts, since it's now the busy season and shenanigans are to be expected at this point. Good weather and a favorable start today, as I got sent out alone--again. 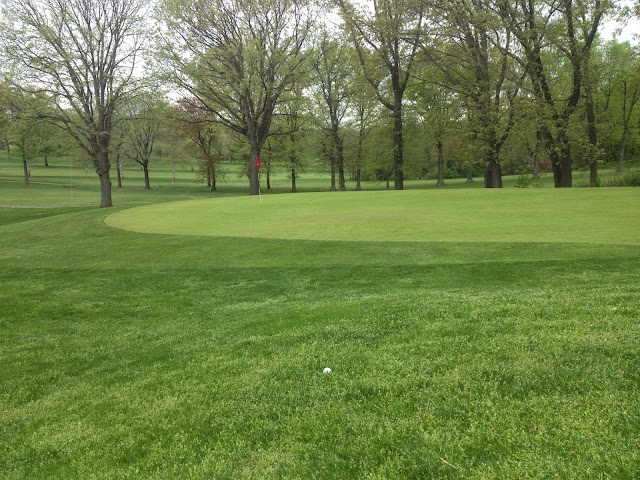 Taking advantage of a rules tip I learned here in the comments, I tried to put some distance between myself and the inevitable logjam up ahead ahead by practicing some putts after finishing each of the first few holes. 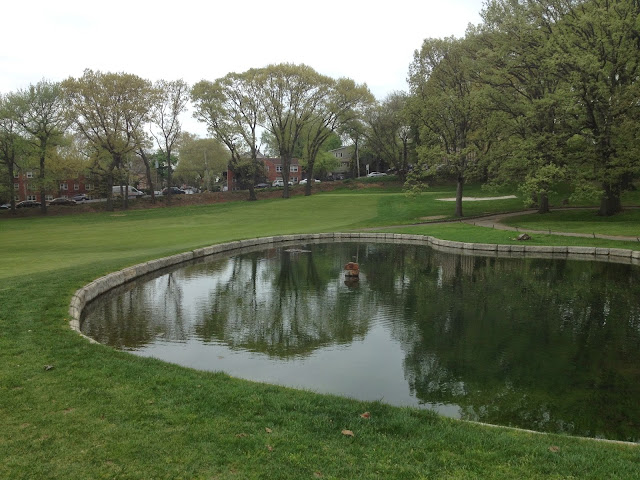 Though I started the round optimistic and ready to kick this challenge in the head, I played the first few holes in uninspired fashion, going +4 through 5. GIRs were hard to come by today, but I scrambled hard and went out in a barely passable 40. 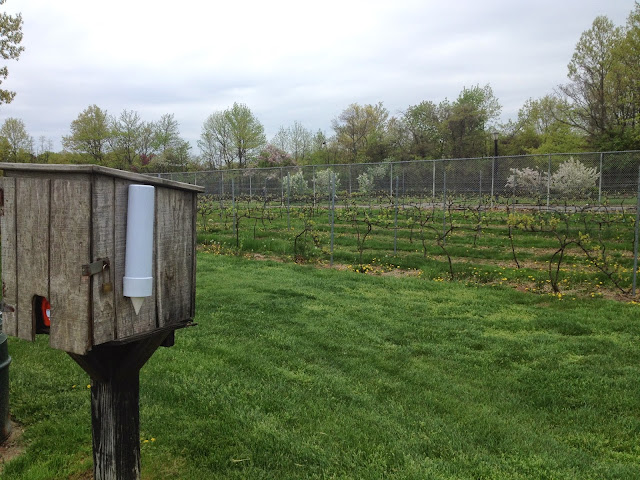 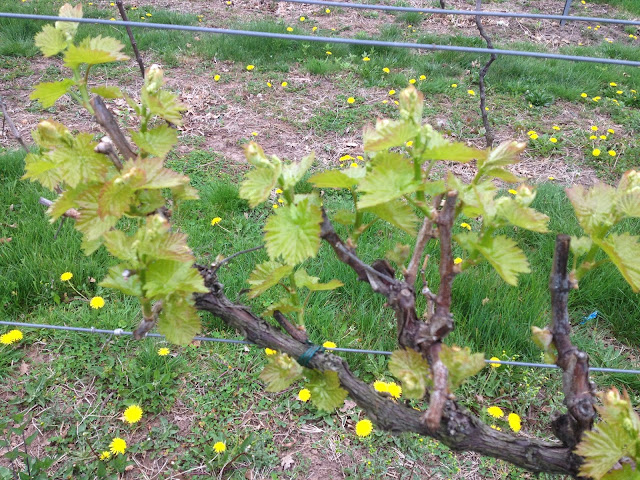 Scrambled for a couple more pars to start the back, I'm on the 12th tee when up drives this ancient old guy all in a hurry. From a distance he yelled that he was coming to join me. Huh, that makes no sense, I thought, and went ahead and teed off. But when I turned around, he was already there, having picked up his ball on the 12th and made a mad dash to catch up before I could leave the tee. 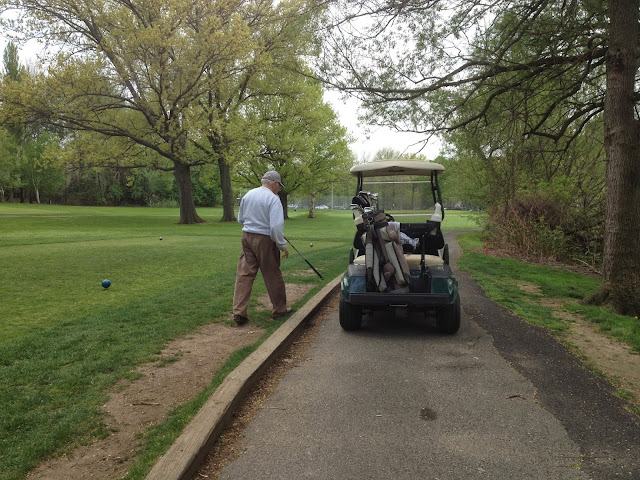 "Mind if I join you?" he asked, but more like a statement than a question. He was a loudmouth Italian-American probably somewhere between seventy and eighty-five years old. Complimented my firm handshake. This was going to be bad, I could feel it right away. He was extremely talkative and wasted no time starting conversations about everything. Within a few minutes he knew a lot about me and my life.

He was way more interested in my ball than his, and made me explain my intentions before every shot. It was way too much. By our second hole together he was standing on the green, pointing down at a spot next to him and shouting at me that that's right where I need to chip it. He kept standing there and wouldn't move. Gahhhhh! I'm in hell. Still, the chip came out okay, to about 8' and I converted--for Al's sake it's a damn good thing it went in.

On the next green while I am mid-crouch, deeply contemplating my short par putt he says, "Hey, c'mere, I wanna teach you a little trick." Okay Al. He has me stand behind him, and tries to teach me some form of plumb-bobbing. I concede that he "may have something there." I go back to reading my putt. "You gonna use what I just showed ya?" "Al, I think I got this one." Of course I missed, by a millimeter, and of course I heard all about it.

And so on for the last few holes of the round. I did my best to be cool. I could not bring myself to tell a guy like that to stay out of my personal space. As much as I wanted to enter the cone of indifference and stay in there, he was just too old and too well-meaning. I suppose if I am lucky, one day I'm in his shoes, well beyond the age of giving a shit, badgering some younger man on the golf course just for my own amusement. Still I had to chuckle at the misfortune. If you ever needed to sabotage someone's round, this guy would be perfect for that sort of thing.

The challenge lives on until another round, but I'm satisfied with the result. I gave myself a reasonable chance to close the deal, even though I was scraping it off the toe all day. And looking back I left a bunch of shots out there. Of course I'm getting antsy and want to get the hell off of Staten Island, and I'll possibly one day look back on these words with bitterness and regret but right now, the challenge is still fun.
Posted by Legitimate Golf at 10:36 PM