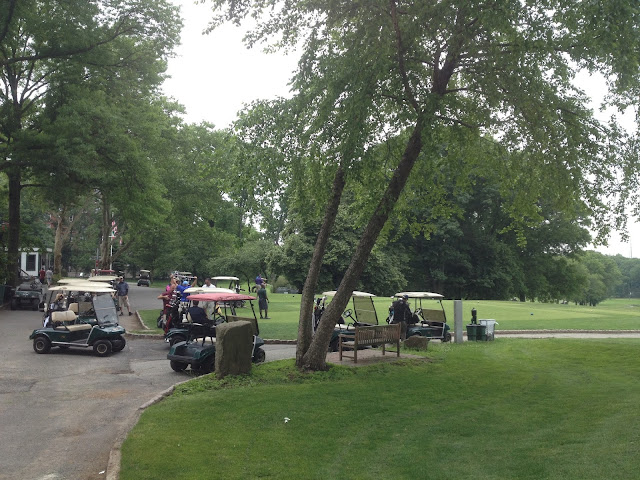 I know that I pledged to get out and see the golf world at large. I know I made a big stink about needing to get out of Staten Island and spread my wings and sample the various golfing delights the tri-state has to offer.


I'm sorry, but nobody got time for that right now. This is not a golf-heavy time for me; I’ve been busy and top of that it’s peak season for most of the recreational golf population. Which in the bizarro-world of legitimategolf.com means it’s effectively the off-season. The warm spring temps lately are great for living in, but I’m already missing--and looking forward to--the winter golf season.

So seeking nothing more than a quick fix, I head out to trusty old Silver Lake. Busy day today. I’m paired with this ancient Hungarian guy named Les who I remember playing with once at Dyker Beach on a cold, desolate afternoon maybe seven years ago. Not only was he still alive, he looked the same! Somehow that was reassuring. One hole into it his phone was ringing loud and he started with the work talk (evidently he was the boss-man of some sort of construction/renovation racket) while I was trying to putt. 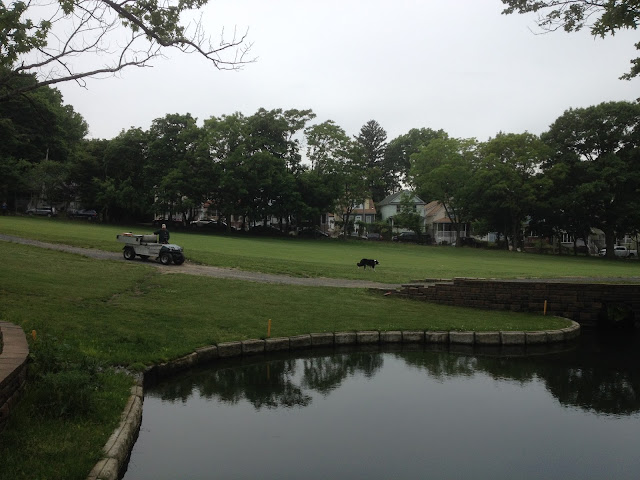 Somehow none of this annoyed me at all. I am unpredictable like that. Les’s a good old guy, I guess. Some people you can just tell. I wasn’t particularly fond of him or anything, but he somehow never got on my bad side. Maybe I’m just in a great frame of mind today, who knows.

I’d paid for a cart-included tee time, but I decided to walk. Not long ago I made a pledge to never again share a cart with a stranger. It’s just too intimate. Rubbing thighs with another male was something I found awkward from the very beginning; but what are you gonna do? It’s part of the orthodoxy of public daily-fee golf. You don’t just up and challenge the status. Not until you’ve been around a while and finally had enough. 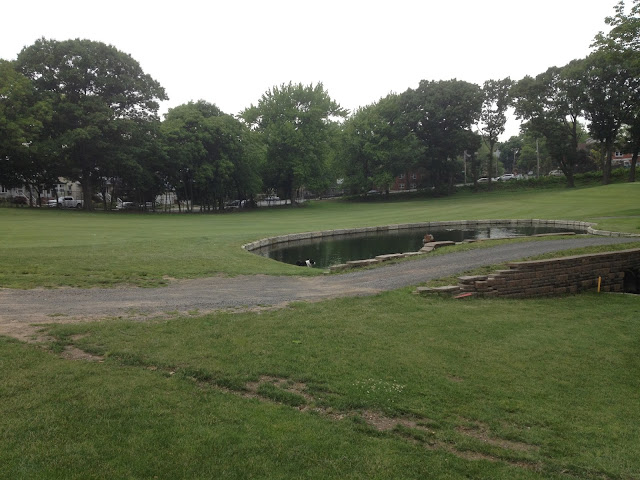 This attitude could easily be taken as anti-social, the message being sent here basically, Sure I’ll gladly take a cart, that is unless I have to ride with you. In that case no thanks, I’d rather walk. God that is horrible. 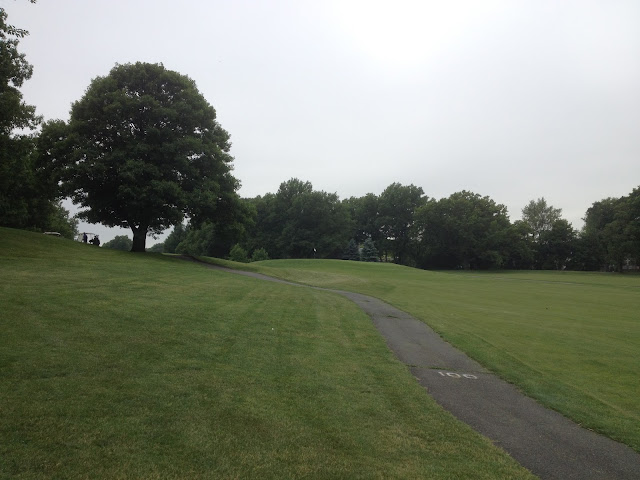 And that’s probably why I went along with it all those times! Not wanting to be seen as some sort of psycho. Now though, who cares! I am merely doing what’s best for my own game, own enjoyment of life, really.

Besides it’s a great deal for the other guy, the one I refuse to share the narrow bench seat with. So he might get his feelings a little hurt. In exchange, he gets the cart all to himself. Around here that’s like, $15 value. 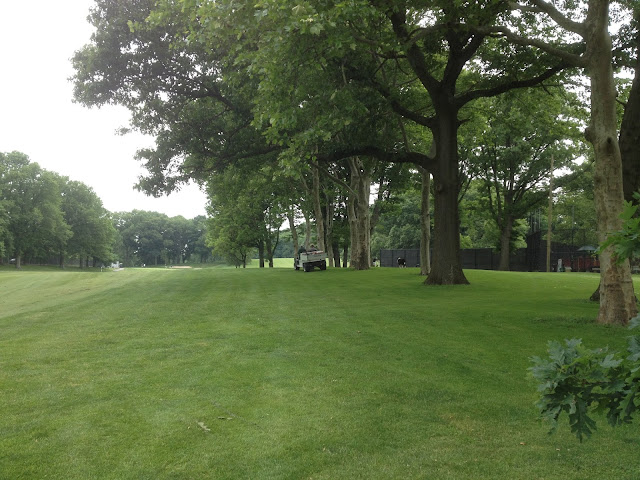 Les and I played all 18 together. I copped a few cart-rides up some of the big hills--he would’ve been insulted if I didn’t. We were joined by a different twosome on each side. On the front, a father and son named John. Then on the back, a pair of hipster type wankers, unrelated but both named Kyle. Wow! This was a special day for me and Les, I said to the Kyles. 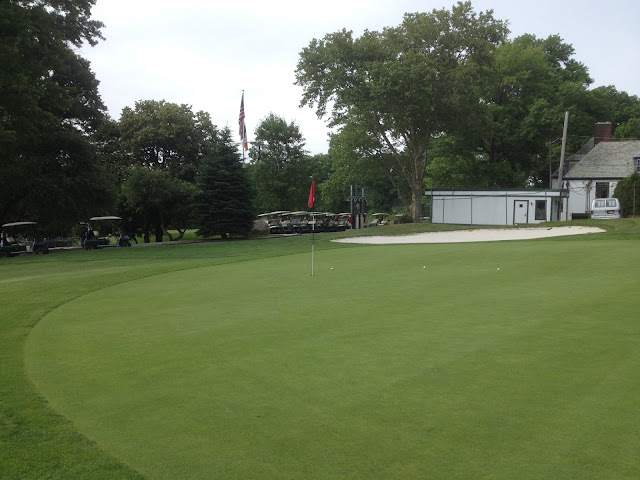 I got up and down on 18 for a bogey to shoot 77, tying my best Silver Lake round.

For what feels like the first time in the lifetime of this blog I played a solid eighteen. Not just a scratching out a satisfactory score, but calmly riding on a smooth wave of semi-capable golf. Long game, short game, putting, patience… everything functioning at an acceptable level. During the round there was almost none of the usual emotional and mental sparks flying. Afterwards no gripes, no laments, no bellyaching, no regrets. Walking off the course I felt light as a feather. Even though I had blasted my lower body in the gym the day before, biked four miles to the ferry station, and just finished walking a hilly 18 holes, I probably could’ve played another 27.

I spent over a year banging around on this course with not much to show for it, and now I’ve broken 80 three times over the last month. Now, I think, is the time to bring the challenge to Brooklyn.
Posted by Legitimate Golf at 4:10 PM