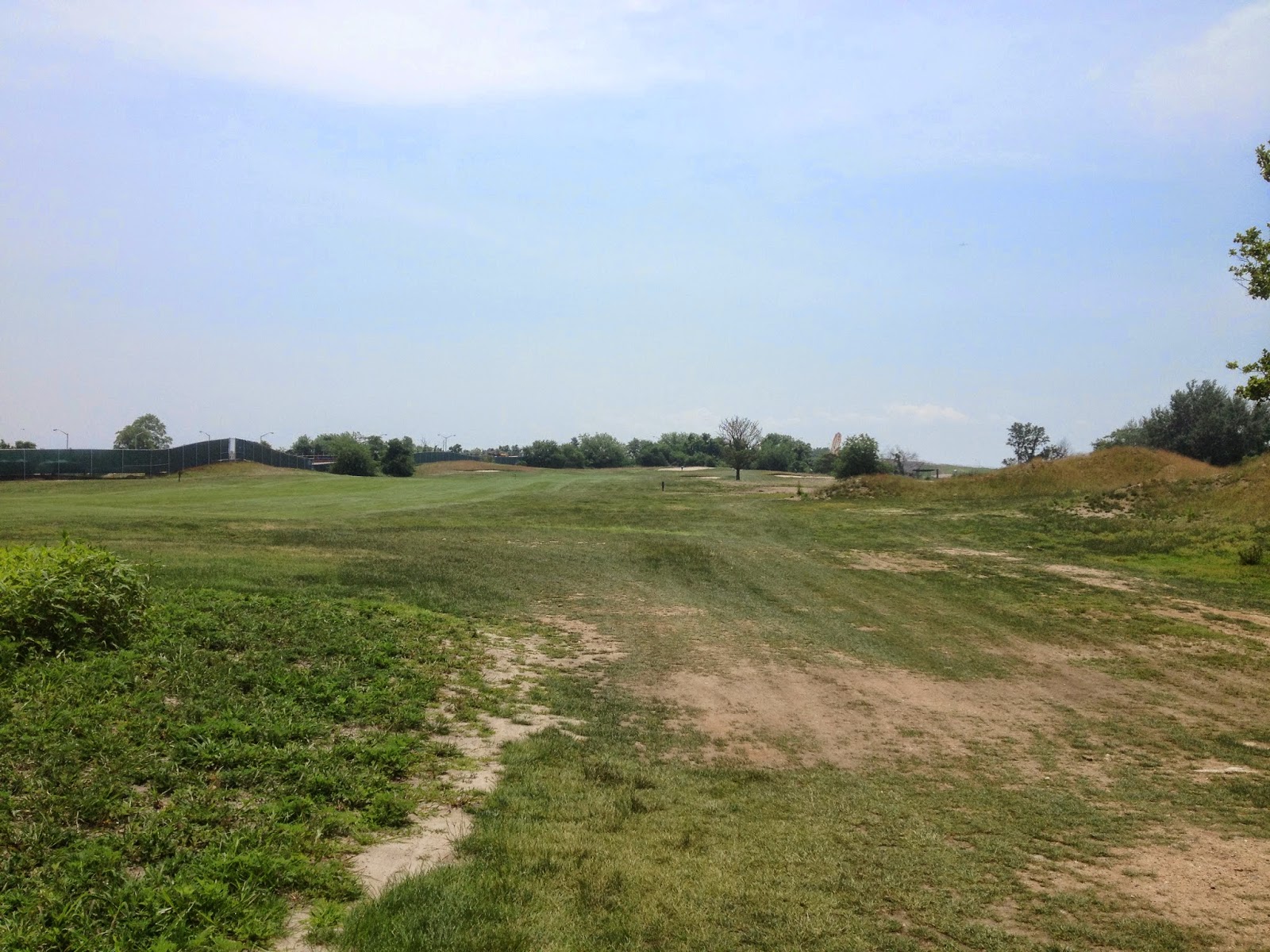 Couple things to talk about. First, I am now officially psyched about this upcoming Brooklyn Open golf tournament at Marine Park Golf Course on July 7th--sorry that sounded kind of like a terrible radio ad. But it's all true! I went to the course to play a round, practice some of the little things and to get a general idea of where I'm at and what parts of the game it would behoof me to key in on in these next couple weeks. 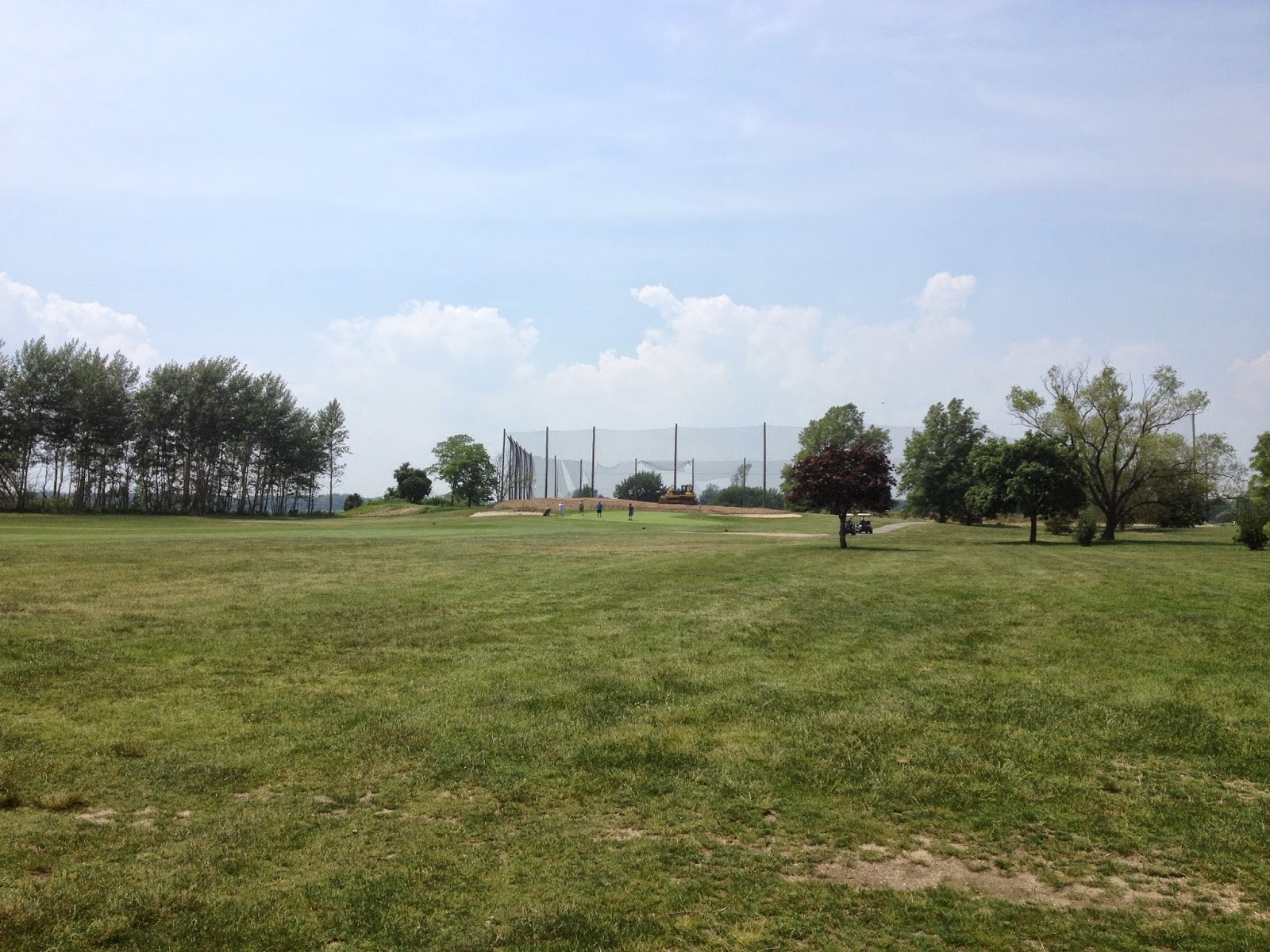 A hot one today--it's officially summer in my book. To me, weather will be the most interesting factor in this tourney. It will definitely be hot. It could be insanely hot. Worst case scenario it could be torrential end-of-the-world downpours, lightning, thunder and everything. I am hoping for insanely hot. The asshole competitor in me hopes that the heat will debilitate a lot of the field thus favoring me and my superior conditioning. (The way I am putting right now I need all such perceived advantages.) 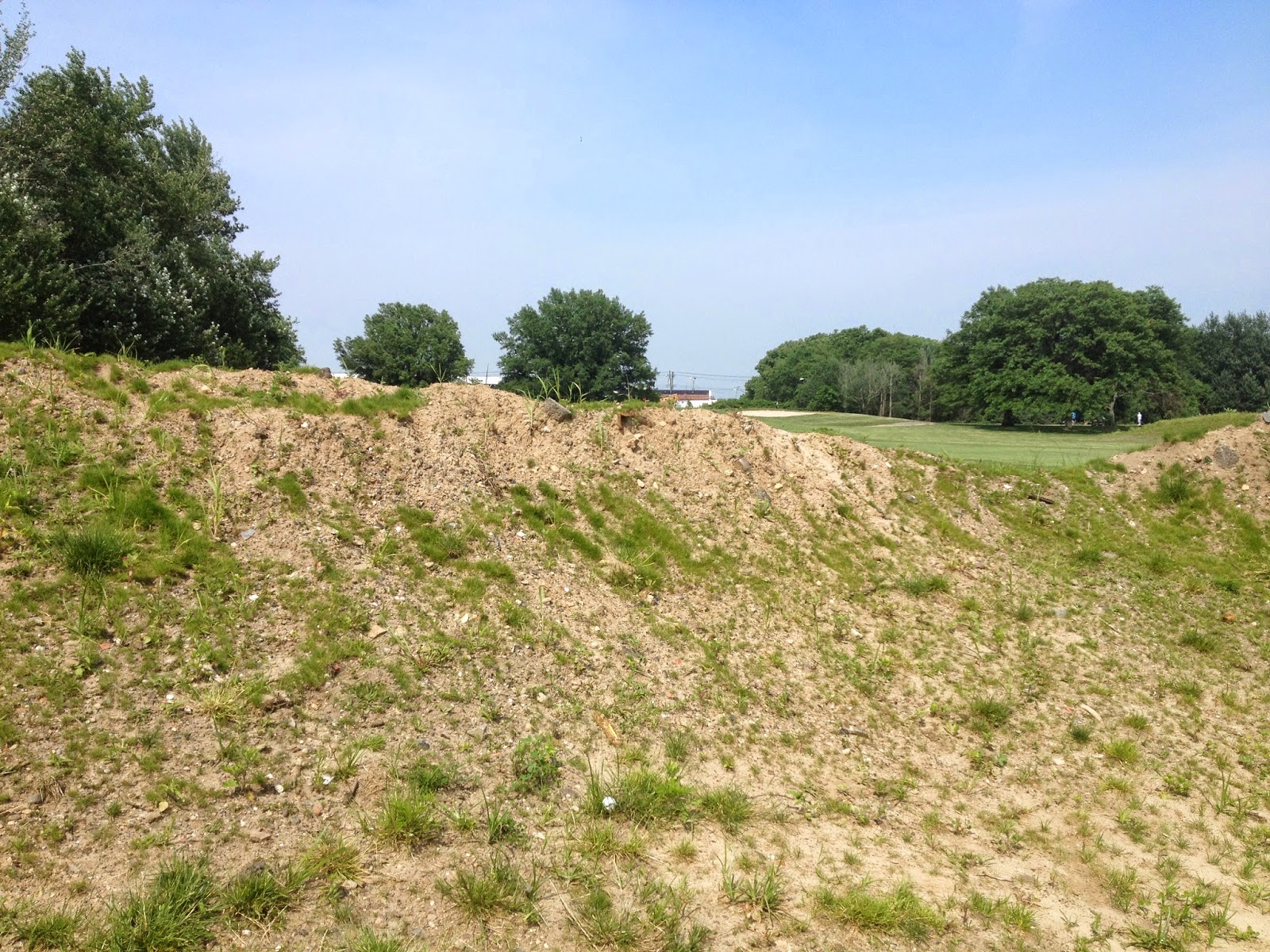 Dammit this course is tough. Nothing is ever easy here. I fought and sweated out an 88 (+16). On the greens I wrestled with demons and lost, mostly. A lot of brutal misses inside of five feet. It wasn't all me though--if I had a quarter for every straight, aim-inside-the-hole putt I saw today it wouldn't even be enough to cover the crummy bus fare back to the subway.

On the bright side my full swing has started to feel natural and real, and is producing some good golf shots throughout the whole bag--shots that are effective and also look nice. After a long stint in the shits the confidence is starting to swell again. Watch out world. 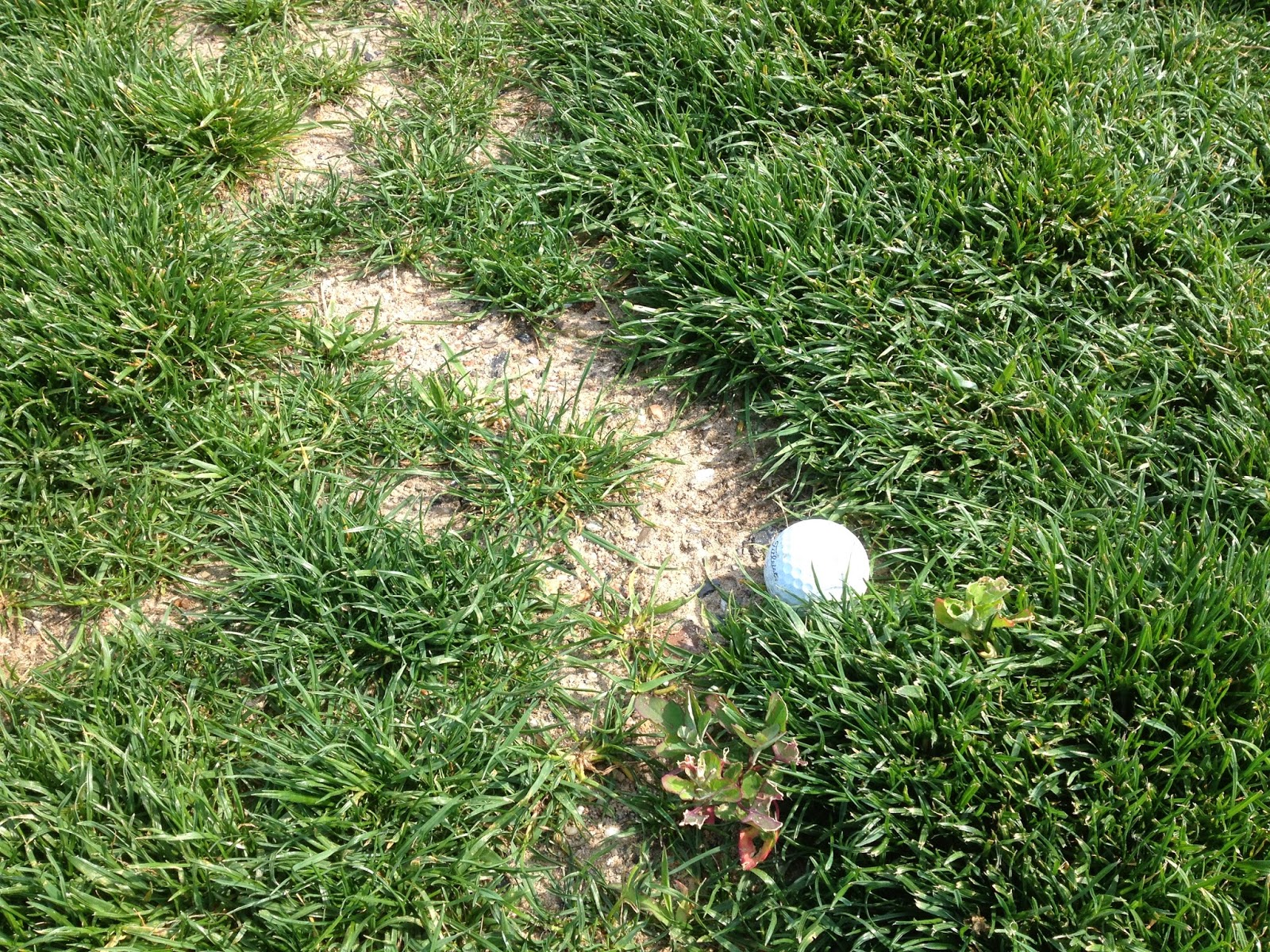 The prescription is now written. I need to now focus on practicing all manner of putts, with an emphasis on inside five or six feet, since I believe short-putting will factor big
in this competition. The greens will be insane fast probably and there's a good chance of wind blowing putts all over the place.

Second thing I need to talk about is a handicap situation. Currently the readout on the old handi-meter says "14.7". Really depressing I know but that's a whole topic unto itself. The salient point here is that this index places me in the schlub 14-18 handicap division of this particular competition. (I was at 14.5 at the time of entry.) The 14-18 range is territory I have not seen in years, so I feel a little weird being here. While I will attest to every stroke of every one of these last twenty rounds, fifteen seems really bloated for me. It's not that I don't acknowledge that I have been scoring every bit like a teen 'capper; it's just that in my heart of hearts I'm having a hard time identifying as one.

However I have always trusted in the golf handicapping system, believing it to be a neat little metric of one's golf game at any given time. There's a billion different stats to be kept in this sport but no single one, not even scoring average tells you quite as much about a person as the average of their ten best scores out of the last twenty--all adjusted for ESC, minus course rating, multiplied by 113 and then divided by slope rating of course.

Being objective here wouldn't it be like, the ultimate in arrogance for me to insist that the handicap system is legitimate and credible, except in my particular case in which it is flawed and somehow misrepresentative of true talent? The answer is yes, very arrogant.

Reality is that I've been having genuine trouble even breaking 90 lately. What can I do but own up to it. I sweated and swore over my full swing most of this year, but can't remember the last time I really practiced with a putter, and lately I have the putting touch of someone who has never heard of golf. There's a saying in basketball: the ball don't lie. I would argue it's even more apt to this game.

I understand that rationalization and coddling are intrinsic to golf. It is a game in which complete strangers feel compelled to offer up lies and half-truths just to make you feel a little less crappy about what just happened.

"That should be ground under repair"


"You got robbed on that putt"

"I woulda gave you that"

But F that. My pet philosophy is that if I'm going to expend all this time and effort and tears over this sport/game/hobby I am at least going to keep things real, no matter how painful. I might be some kind of golf nerd but my scores (and handicap) will at least always be rooted in hard reality, not some convenient sanitized watercolored abstract fantasy world. That's a fact jack.

Yup, this is the System for better or worse. Two people can share a handicap index but differ wildly in just about every other aspect of humanity. Why not? There is a huge diversity of peoples within the teen handicap range: some planted there for life, happy to dink it around and break 90 once in a while; others merely passing through, promising novices on a fast track to better golf; still others like myself, downward spiraling towards futility.

Some of us umpteen handicappers have heinous-looking swings but don't miss big and are efficient around the hole; others, nice-looking fast swings but chip and putt like morons. But all of us, united--in our tendency to make bogeys.

So in the caste system of golf this is inexorably what I am--a legitimate fifteen, bogey machine. There's more to good golf--so much more--than cannonball drives, skyscraping irons and prodigious fairway woods. You have to be consistent, avoid untimely wild mishits and most of all you have to get the ball in the fucking hole and let's face it right now my ability to do all that ranges from sucks to middling. If I can shoot some transcendent rounds in these next couple of weeks maybe I'll petition the tourney director to re-flight me. Otherwise I guess I'll just have to suck it up and accept the situation with some dignity.
Posted by Legitimate Golf at 8:22 AM