The Week in Legitimategolf 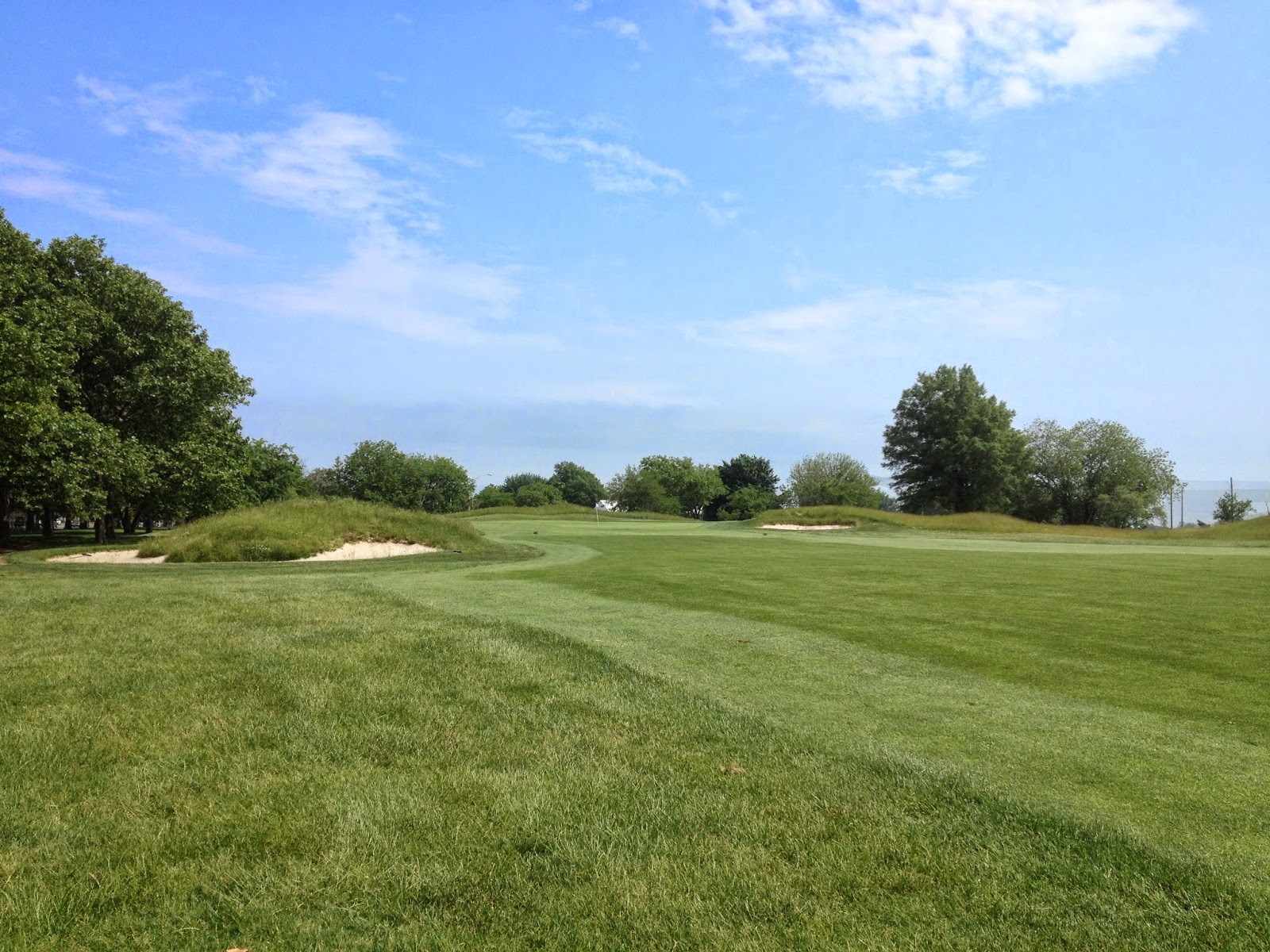 Now that my swing is starting to feel more like an actual swinging motion and less like a complicated sequence of highly mechanized body movements, it's time to get back out on the course and re-learn how to get the ball in the hole.


I was due for a Marine Park visit and happened to come on a good day. There was hardly anyone around when I got here. 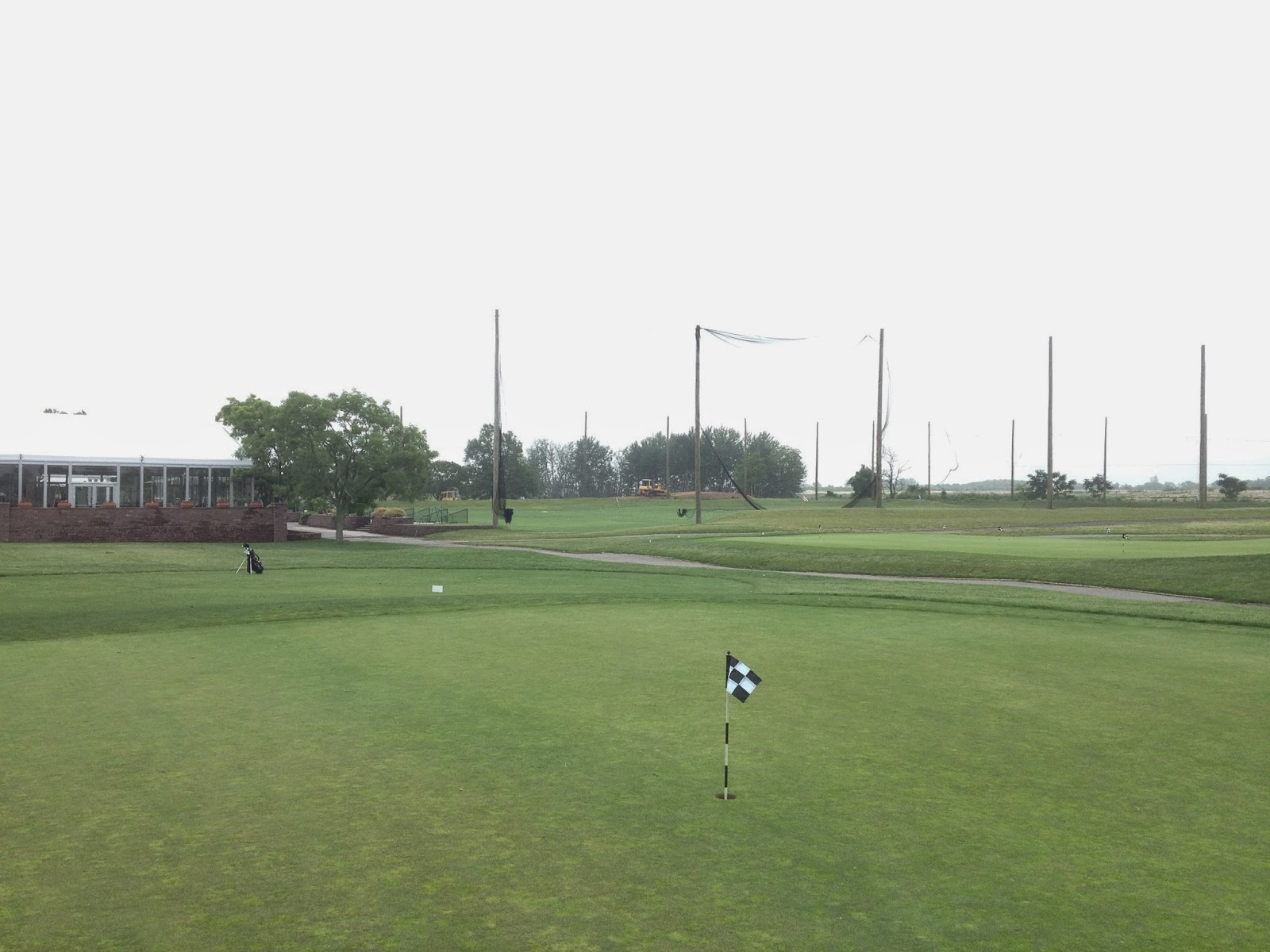 I teed off with a foursome and it was clear from the start that two of them were bums in addition to being bad golfers. After five holes I saw at least two holes clear in front of us so I took the initiative and split up our group. I like to think that I've come a long way in my on-course diplomacy. Instead of being confrontational and all like "Look you guys are slow so we're gonna play through"(what I was basically thinking), I stated the case in such a breezy, agreeable manner that there was no reasonable way to refuse.

Another tough round. Somehow it added up to a 93. I felt good about the swing and everything at the start but this course has always humbled me. I had some typical issues with rocks and rocky bunkers and compiled a few big numbers. There was even a five-putt. The return to respectability that I had been hoping for would have to wait.

A cool thing happened on the way home though. I was waiting at the bus stop across the street from the clubhouse when a car that had just left the golf course parking lot stopped in front of me. An older guy with a Carribean accent asked me where I was going and offered to drive me. Now a normal person's reflex reaction to being offered a car ride by a total stranger would rightly be one of suspicion. Not me--I am apparently so hostile to New York City public transit that my immediate reaction was to accept.

As I loaded my bag into the car I did consider the possibility of ending up hacked to pieces and stuffed into a 55-gallon drum. I am not completely without sense. But the man was slight and you could tell he was kindly and besides I am pretty wiry and gristly with a decent reserve of emergency retard strength. It would take a lot to physically overcome and abduct this cranky blogger, I think.

"Do I know you?" I asked. "Well, you do now!" We laughed. Golfers gotta stick together, I suggested. It was about a ten-minute drive to Flatbush Avenue station and we had a great conversation. He told me some stories. About him once playing golf alongside two guys locked in a heated match and offering a banana to one of them, only to have the guy's opponent fly into a rage at this act of kindness--"How dare you energize my opponent!" We talked about the Mets and how he's learned to expect nothing from them and how much better life is as a result. He described rejoicing especially hard at the Bill Buckner in the '86 World Series, since it forced a game 7, which he had tickets for. Just a great person, and his generous spirit has made me reconsider humanity somewhat. 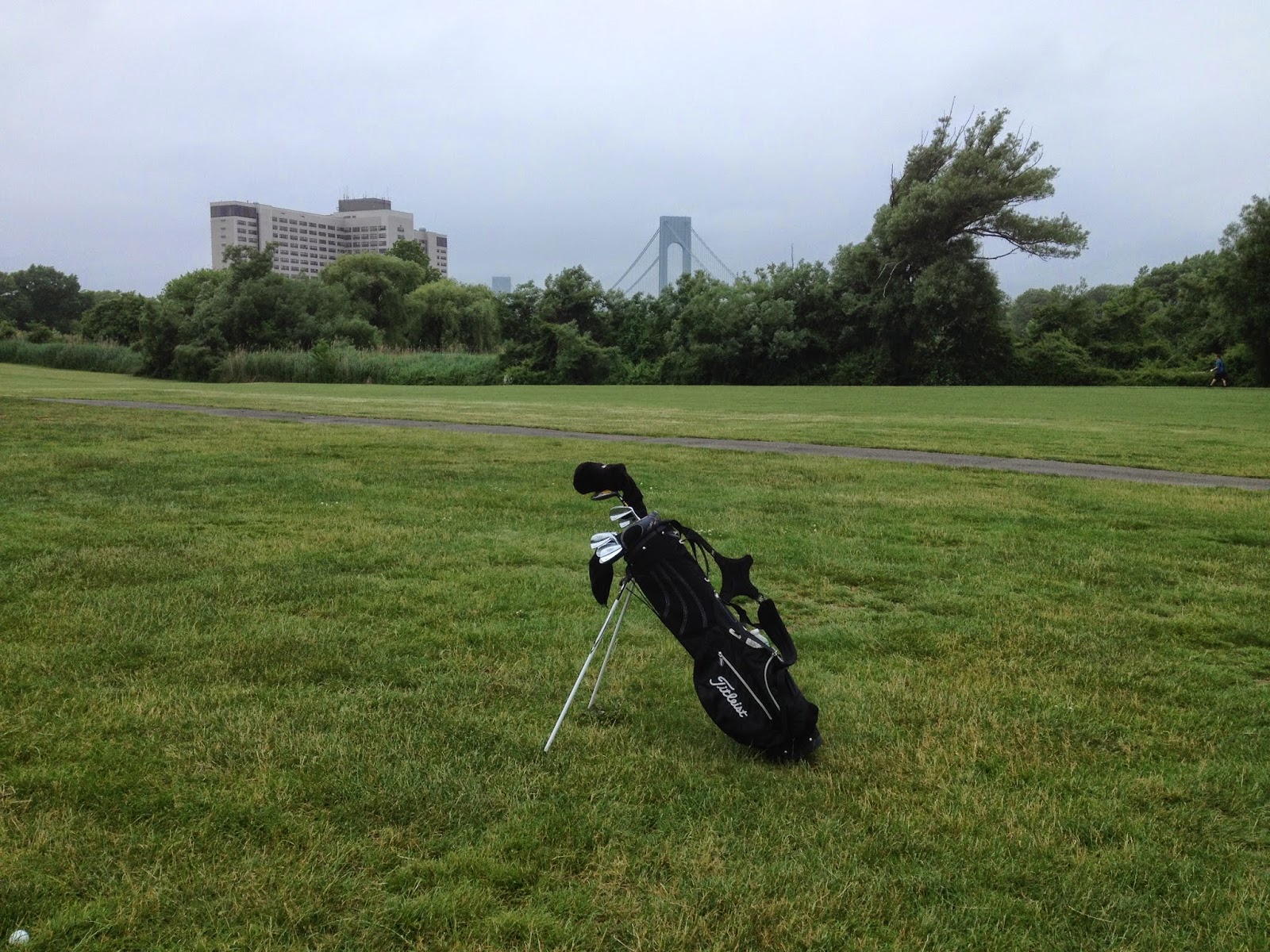 For the next round I considered returning to Marine Park, but the thought of dealing with another soul-squashing hour-plus commute through the worst parts of Brooklyn was too much so I settled for Dyker Beach.


We are in the midst of some truly awful tweener weather. It's easy to complain about extreme heat or cold, but it takes a special kind of asshole to gripe about spring temps near the 70s. But here's the thing, how can you be comfortable when the temperature hovers right on that cusp between long-sleeve and short-sleeve weather? Based on the weather report when I left the house, it was a long pants day. For some reason I even saw fit to wear a long-sleeved shirt. But I neglected to consider the humidity and by the time I got to the course was already feeling swampy inside my clothes. Horrible weather, this.

So I teed off alongside some 36-handicap Stuttering John-looking bum who wasn't too pleased at my appearing out of nowhere on the first tee; after two holes he shooed me off to play through so he could be by himself and play two balls. That was fine with me. There was another single in front and I figured I'd just join up with him. But once that guy saw me coming up the fourth fairway behind him, he suddenly cranked up his pace and got himself into the threesome ahead of him. I guess I am repellent even from 200+ yards away. Maybe I just look like an asshole in my new bucket-style hat. I don't know.

A few holes later he came sulking up to the tee and we were a group again. Not sure what happened but I could only assume that his plan of hacking it up in solitude was somehow rendered unfeasible and there was no choice but to re-join the surly asshole.

The guy had a severe case of the tops. I am talking about grazing the literal topmost point on the ball with the sole of a driver. I could hardly care less about someone's tops but the awkwardness of the situation soon became a thorn in my side as the guy felt compelled to provide me with all this context for his sorry struggles.

Look, I know all about the struggles but at least I keep mine to myself and never try to lay a troublesome trip on someone else. Well, except for all the people who read this blog but hey--you come here, you know what you are getting into. I mean it's a lot to lay on someone you just met on the first tee.

Then he got more intrusive as the round went on. Once comfortable with me on a social level he started to fish pretty hard for swing advice. As is my custom I remained tight lipped. All he got out of me was a couple of vague platitudes about inconsistency and why golf is hard.

Late in the round he began to stand directly behind to get a good down-the-line look at my swings. I was in no mood to get into it so I tried a kind of non-confrontational solution. I would tee it up, then take a few giant steps backwards from there to do my practice swipes, trying to literally brush the guy back and off my target line. It worked somewhat, but he never really understood the hint and inched his way back once I got over the ball. At some point you just have to say 'Fuck it' and leave it the rest to God.

Okay enough with the human interest talk. For the first time in months it felt like I was playing a form of golf (as opposed to slapping balls around a golf course). Numbers were modestly encouraging: 8 GIR, 9 fairways, and a score nowhere near 90. Leaving the course, I felt a twinge of positivity.
Posted by Legitimate Golf at 5:46 PM