Ball of Confusion (That's What the Golf World is Today)

In this episode of "OEM Talk" we are going to take a look at two golf ball brands and the seemingly opposing strategies used to market each to the public.

Bridgestone balls are no slouches. They are played and endorsed by illustrious fast-swinging pro's like Fred Couples, Matt Kuchar, Brandt Snedeker, Davis Love and Nick Price. According to the internet the Bridgestone company also manufactures balls to spec for other OEM's like Nike. That means, they know what they are doing. It would be stupid to think that these balls, or any other ball used by PGA Tour pro's, perform any worse than rival brands. Bottom line we can safely assume the two manufacturer's balls are comparable in quality and performance. 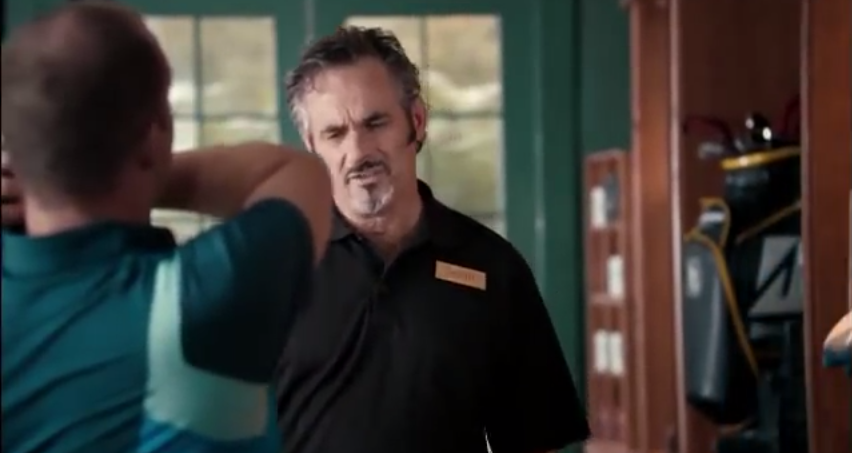 But that's where the similarity ends. When it comes to hawking these two kinds of balls, the approaches could hardly be more at odds. For example, Bridgestone employs the condescending scorn of its mouthpiece--TV personality David Feherty--to try and cut you down to size. 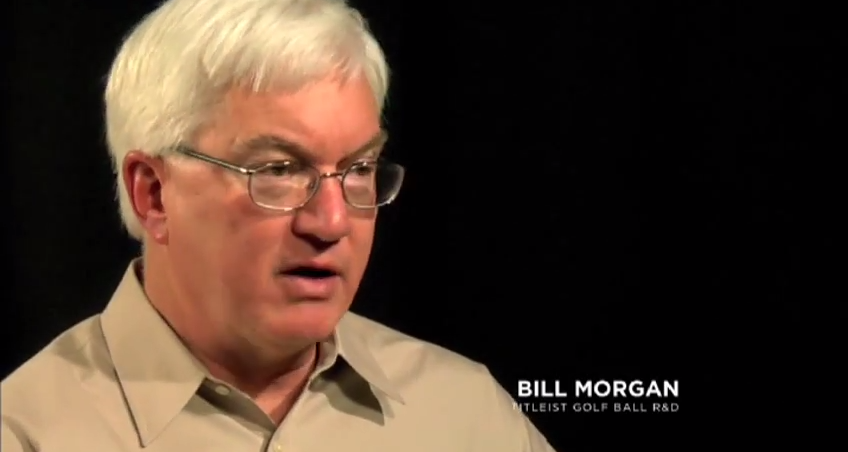 Titleist tends to draw on ordinary hard-working folks, like this tech nerd guy to reassure us that your choice of playing the ProV-1 is a scientifically sensible one. 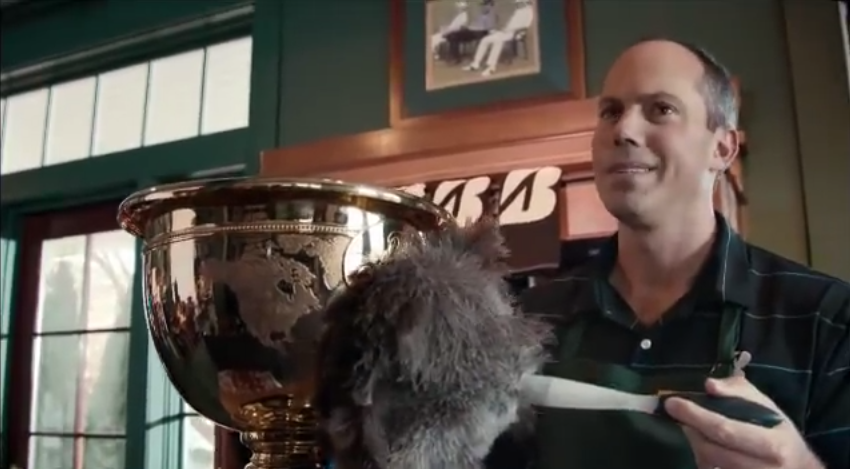 According to Bridgestone, even nice guy Matt Kuchar scoffs at your sorry ass. 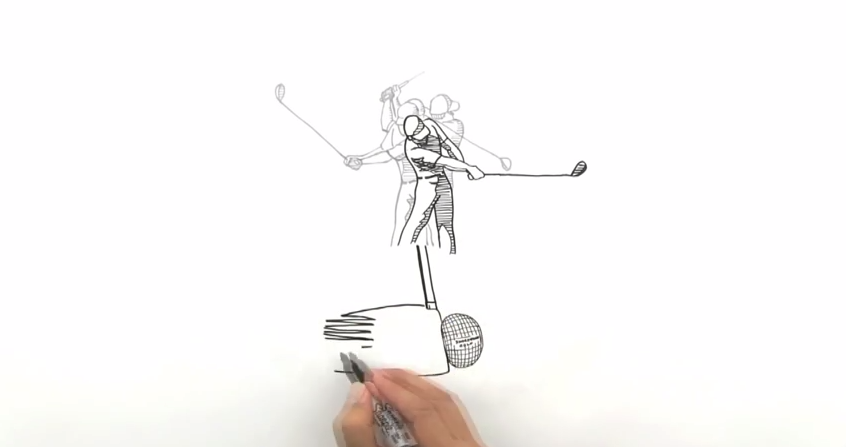 Bridgestone ads seem to suggest that the concept of compression is mystical and therefore beyond our grasp. 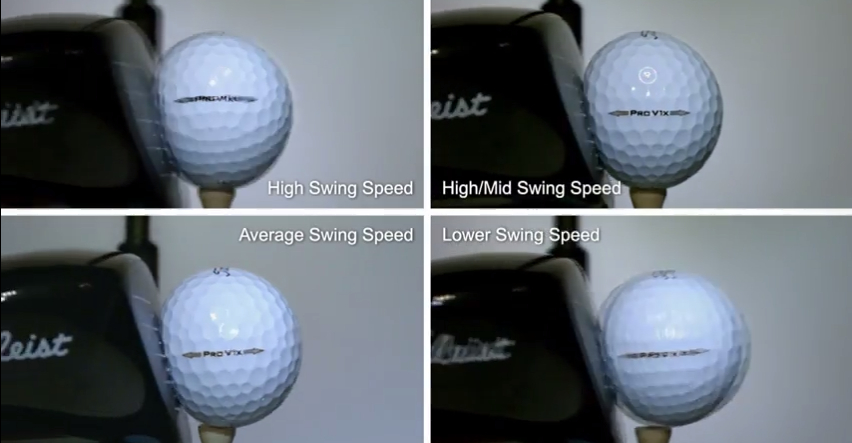 But Titleist offers hard video evidence revealing that compression is naught but a technical term for smushing a spherical object and that everyone does it, even with with weakass swings. 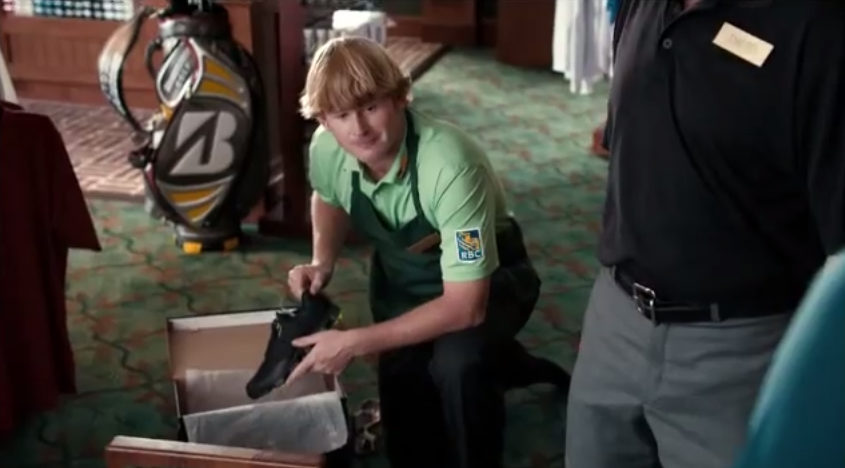 You see, in a Bridgestone world, winner of the PGA Tour's Set For Life Cup Snedeker is barely worthy of working the shoe department. 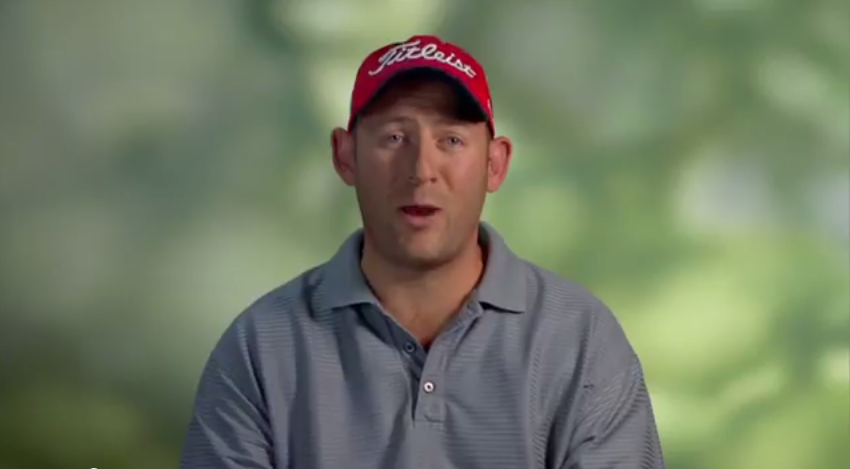 In a Titleist world, schlubby amateurs are people whose concerns actually matter. 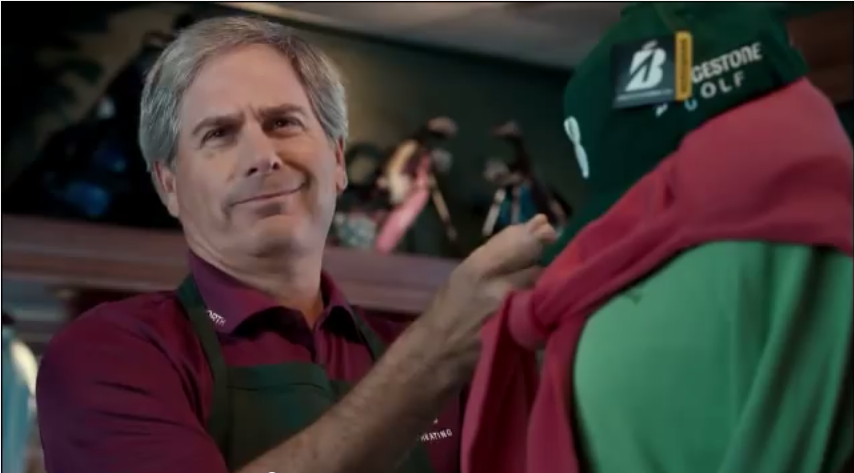 Bridgestone world, let's face it, if you're not in the Hall of Fame, you rank below pond scum.

Titleist world, we are all in this together, God help us, and we all need the tour-ball technology.

What the hell is really going on here.

If Titleist is to be believed, then we can reason that golf balls like every other product in the world, are simply priced by quality, you get what you pay for, and cheaper models are marketed to mediocre golfers for the simple reason that they're more likely to buy them. Not because of some physical characteristic that makes the cheaper balls more effective in the hands of bad golfers.

If Bridgestone is to be believed, some people are simply born to play tour-caliber golf balls; most aren't.

The point of all this is not necessarily to call out a company like Bridgestone. By all indications they make high quality products. (In fact if they were to somehow, you know, hook a blogger up with some free shwag I'm sure I would not rebuff it.) But they're a relatively small player in a golf ball market that is practically monopolized by Titleist, fighting over scanty leftovers practically. It makes sense that they would try an aggressively contrary stance in marketing their wares. I am guessing their ads are meant to steer more people into the mid-priced ball (i.e. non-ProV1) market, where maybe Bridgestone's have a  more of a fighting chance.

Not that this is some kind of endorsement of Titleist either. They are in all likelihood a bunch of snakes in the grass too. For all we know they don't actually care about our golf games. Maybe the real message is: Hey if you losers want to keep buying ProV1's and slicing 'em into the woods, then by all means do--we'll make more. Plus we'll endorse your choice of playing them.

Probably both are cases of wanting what you don't have. Titleist is probably just looking to relax its high-falutin' "PLAYERS ONLY" image and expand their market to include more shitty golfers, while an outfit like Bridgestone is probably looking to the opposite--boost its cred and be taken more serious, especially by serious golfers.

Whatever. The golf ball retail market serves as a painful example of the everyday confusion and chaos faced by the golf consumer in these topsy-turvy times. With such wildly opposing forces coming at them, each claiming absolute truth, it's no wonder that increasing numbers of people are saying I've had it with the whole damn thing.
Posted by Legitimate Golf at 8:50 PM