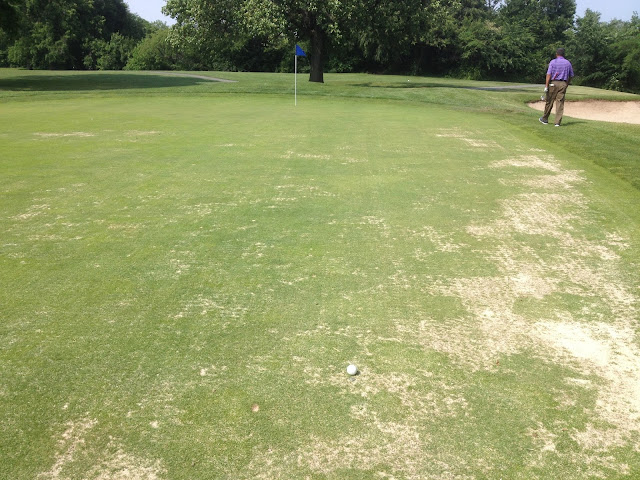 I finally busted out of my Staten Island rut and made it out to Brooklyn's Dyker Beach, my former spiritual home of golf.


I come here so infrequently now that I feel like I'm a visitor who's moved towns and is back to reclaim a little bit of nostalgia. Which is to say while I have lots of memories here, it no longer feels like home. 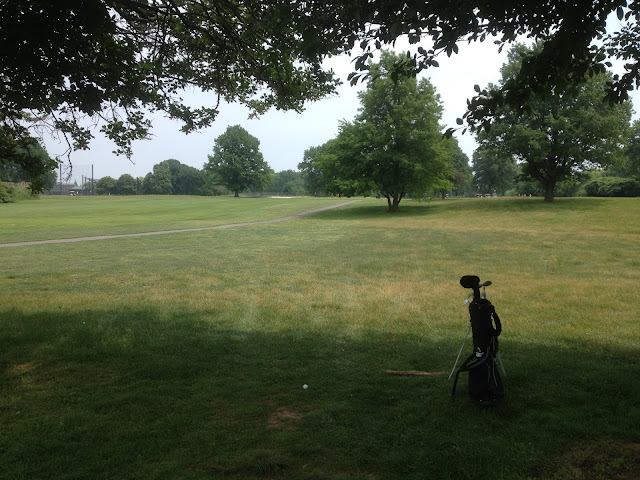 Boy, this place has changed. It's mostly in the atmosphere. And on the ground too--the turf on the course has been in a precarious condition for a few years now. Today I couldn't help thinking back to some of the heyday years as I remember them. 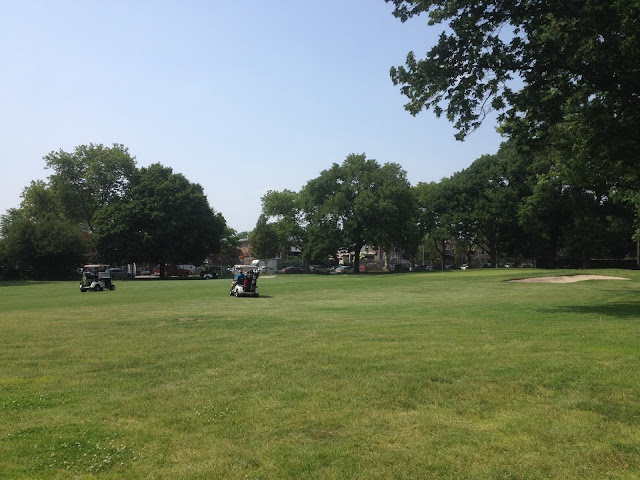 I started coming here in 2005. Back then a lot was made of the green conditions, of how they were generally the best on any course in the city. It was a point of pride. Dyker still had the reputation for slow play and bad management back then, but it was also known around the region for its greens. 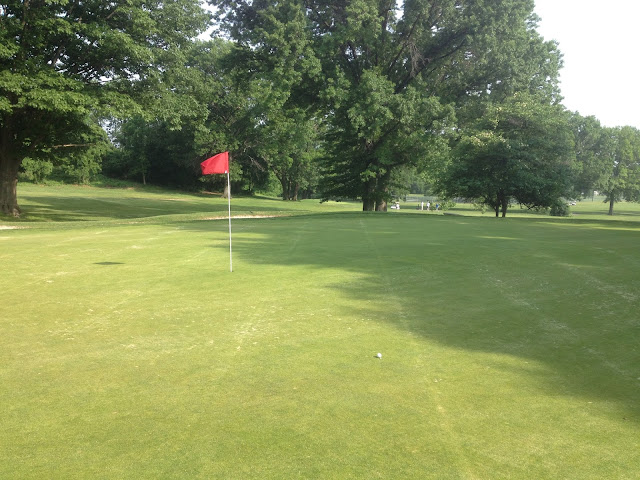 For the last few years though, this is more like the signature look.

Another big change here is in the tee-time deals offered. Apparently the in-thing around here these days is the all-inclusive lunch-beer-cart-green fee package deal. It is a good bargain if you're into that sort of thing. But when you break down the particulars, knowing that there's no such thing as a free lunch, you realize that corners have to be cut somewhere, and playing the first few holes, it's plain to see who's on the losing end of these so-called deals.

Naturally, deals that include beer are going to attract a certain clientele. Back in the day this course used to attract a modest number of decent players, people I've befriended and from whom I even learned stuff about golf technique. I know that since I'm no longer a regular I don't have a complete picture of what's going on, but when a course gets to be known more for its beer-included tee-times than its smooth, true-rolling green surfaces, there is bound to be a change in clientele.

On this day, there were the two groups ahead of us were fivesomes. I also saw a guy behind us playing in a tank top. Technically a guy playing golf in a tank top is none of my business, but one just gets this general feeling that you can get a way with a lot of subjectivity and personal interpretations of what constitutes appropriate behavior. 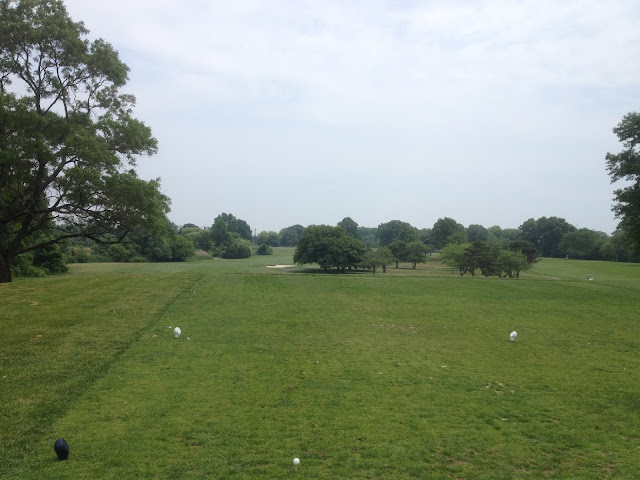 Really though, I'm not passing judgement or lamenting. These are natural changes and I accept them peacefully. If this is a way for this particular golf course to maximize its profit, then who could begrudge. Also this is all probably a reflection of what's going on out there on the consumer end of things. If the people of Brooklyn and vicinity in 2015 are generally more interested in the food, folks, and fun aspect of golf, and less in the rigorous challenge of fairways and greens in regulation and such, then that should surprise no one. 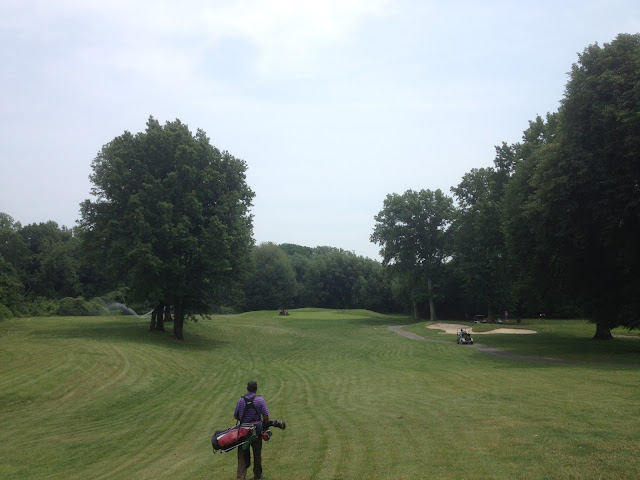 On the bright side, the basic course layout remains unchanged--and probably will forever. Therefore, they can't really fuck with my precious memories, no matter how bad things get management wise. So I will just cling to those, and the hope of coming back here decades from now (hope to God it's as an out-of-town visitor) and reliving them--from the time I made my first birdie on the 6th, to my first hole-in-one on the 4th (the hole pictured above), to that one time I found a giant turtle on the 14th tee.
Posted by Legitimate Golf at 11:51 AM