Ghettogolf: Just dropped in to see what condition my game's in

After a couple of nice (but bloated) rounds in the Carolinas, I was eager to get back into some ghetto golf, card a couple scores on familiar courses and see where I'm at gamewise. First up was an empty Dyker Beach course, on a damp and windy overcast day. 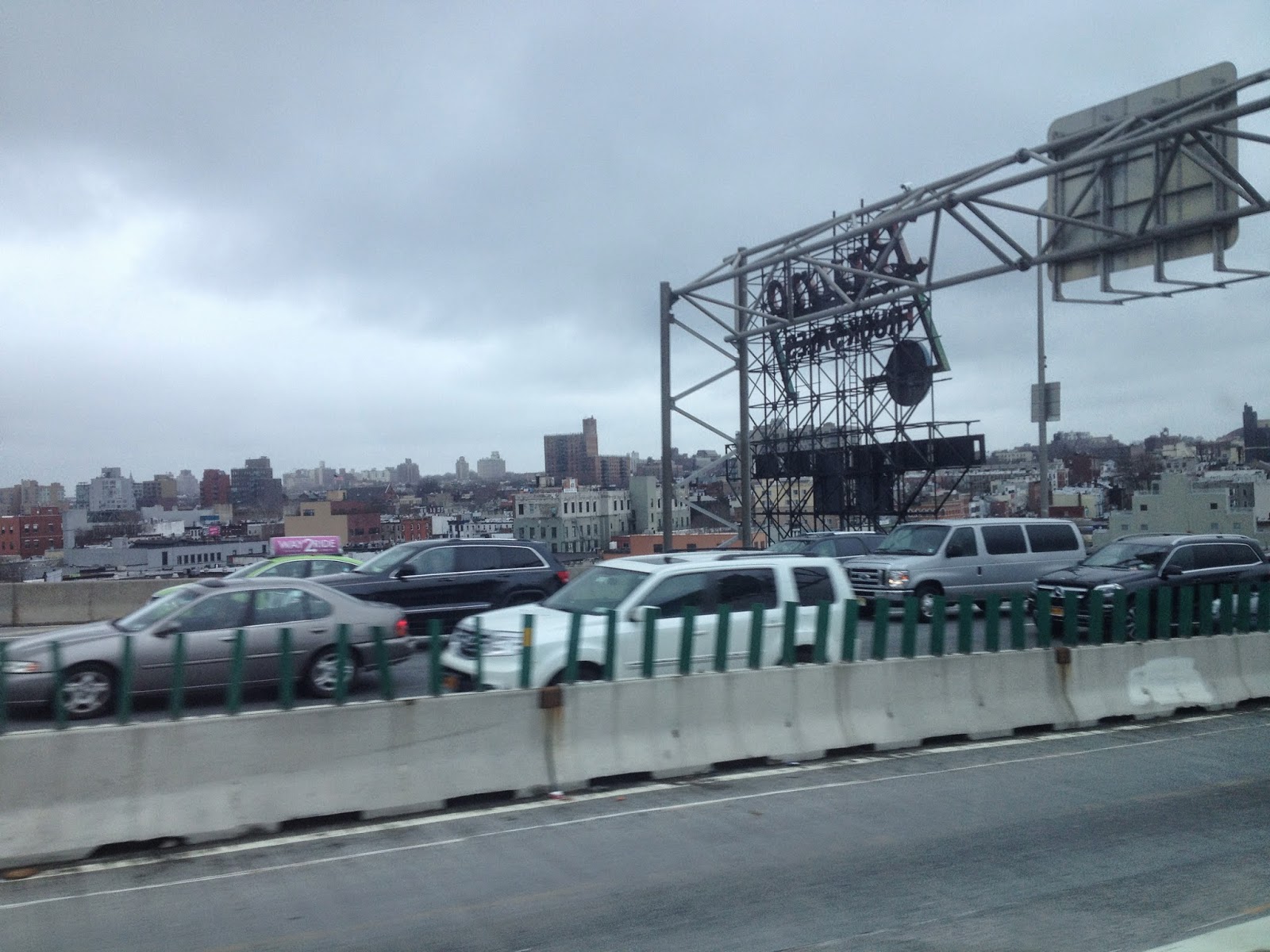 Brooklyn as seen from the Gowanus Expressway en route to the course. Nasty right? And that's one of the nice parts. 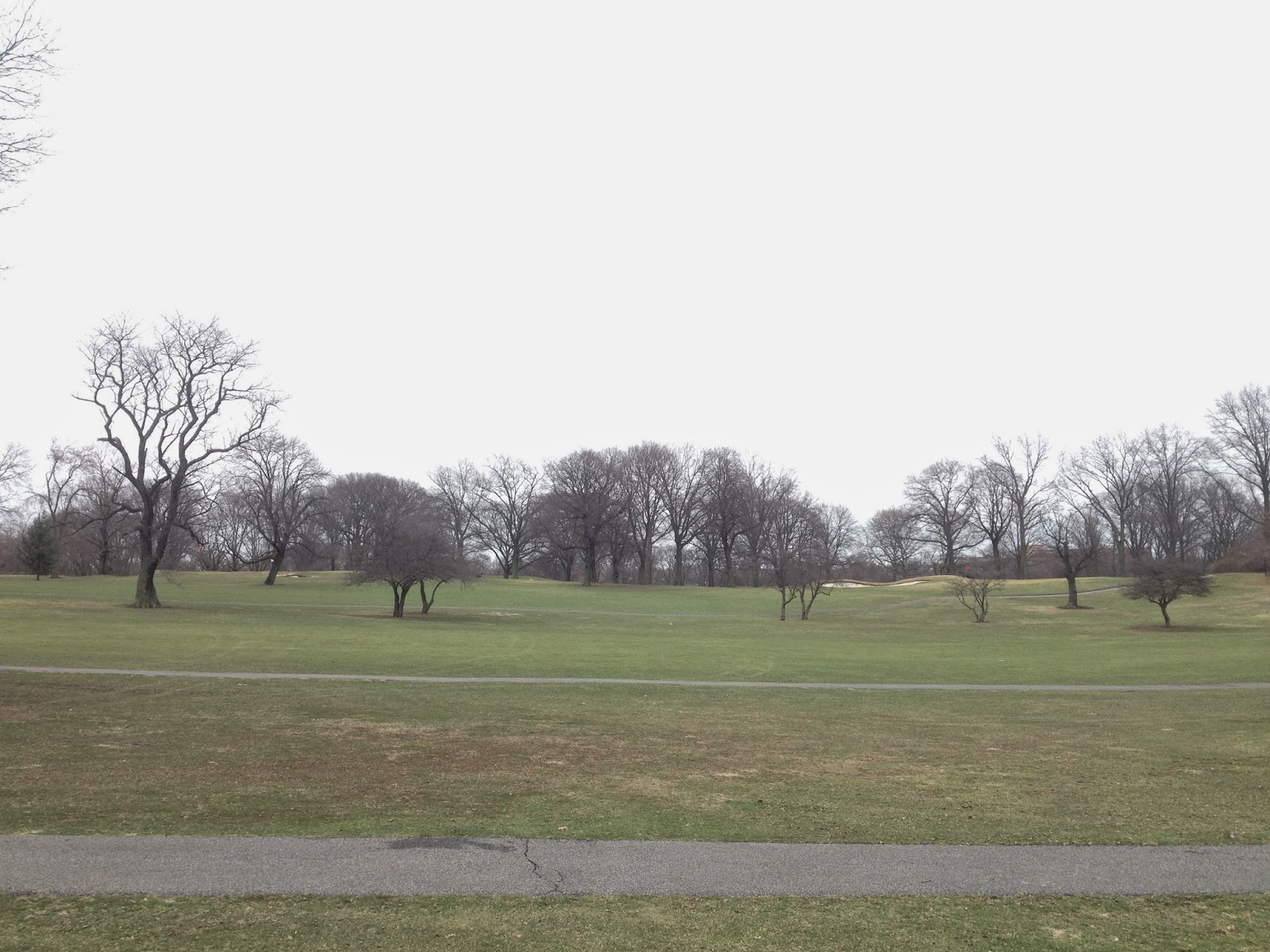 It's happened slowly and without much fanfare, but winter has ended. Which technically means that spring began right? I guess what I'm saying is that even though we just made it through The Worst Winter of Our Lives, spring golf is feeling strangely blah. The earth's still cold and not yet in bloom; courses are still in winter condition. 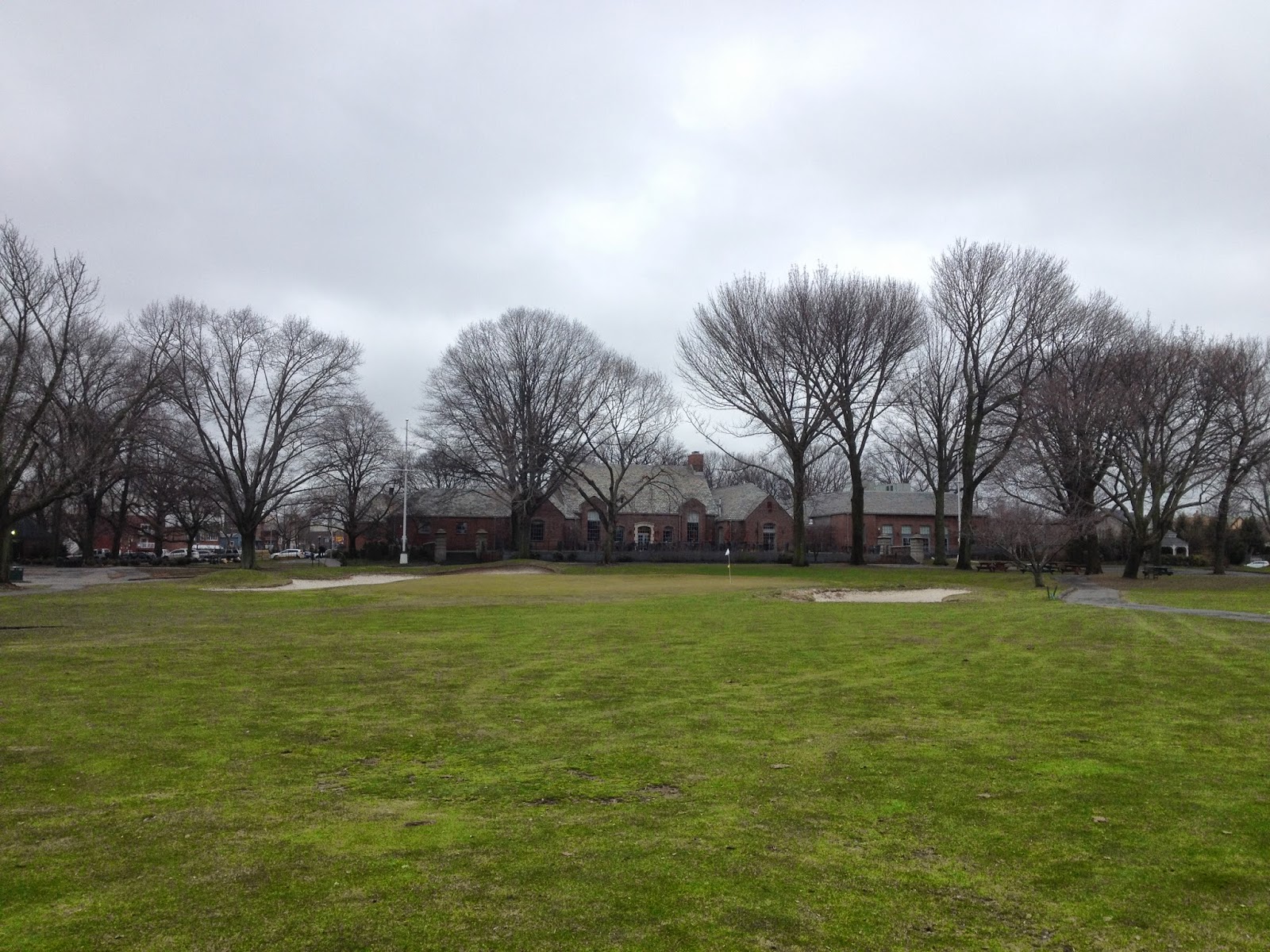 Looking down at the DBGC "clubhouse" behind #2. I probed the proshop guy and found out that there is indeed a re-routing in the works. Once they get the new scorecards printed up, the front nine will start on what is now the third hole, and this #2 will be #9. The intention behind the re-routing is to alleviate the slow play situation. Based on a lot of experience playing here I'd call it a complete disaster of a plan that's only going to make the problem worse. But we'll see. 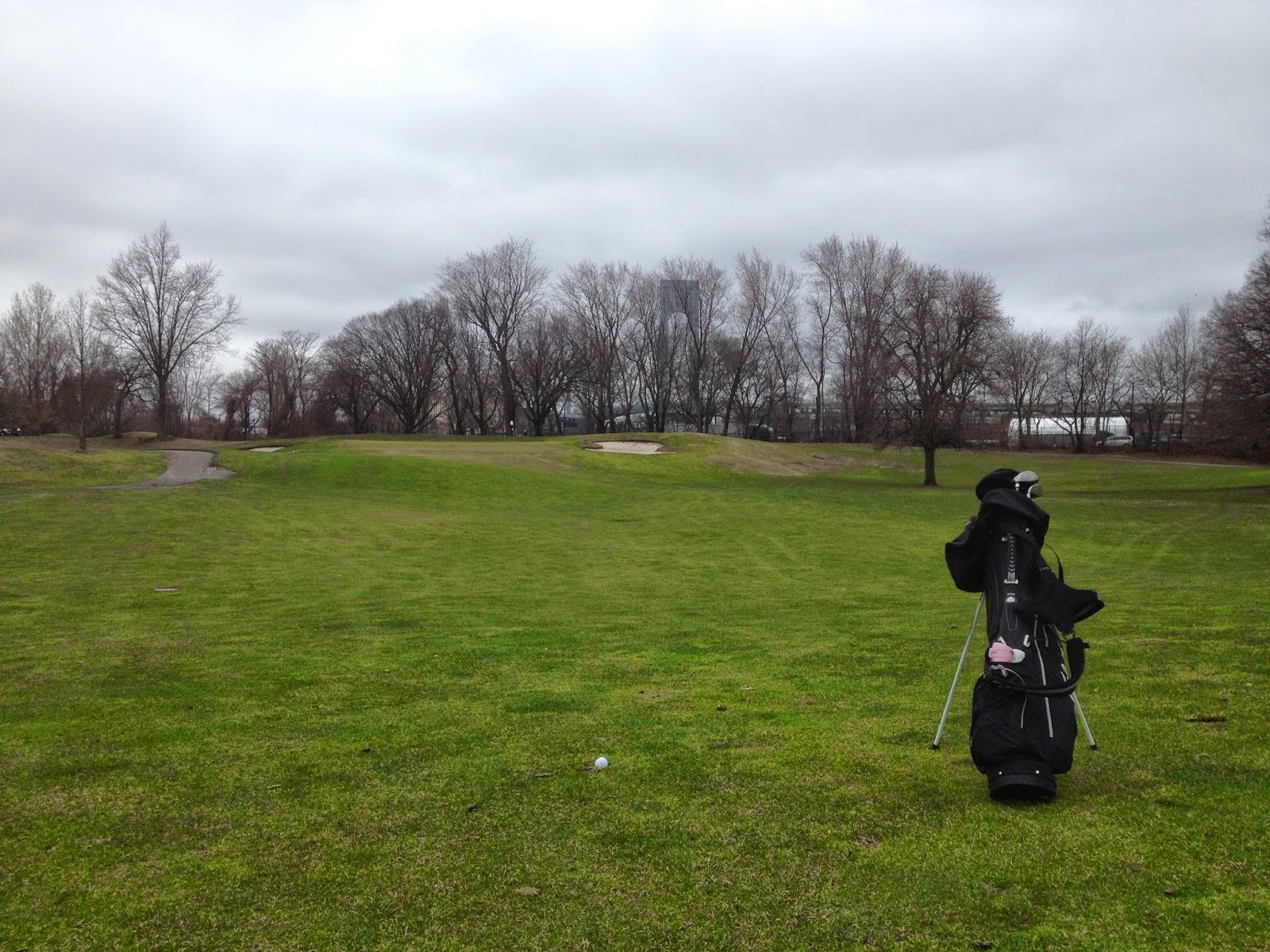 #5 is probably my fave hole here. It's a petite par 4 at 341 yards, but offers a crazy variety of approaches depending on how your tee shot turned out. Typically it's some kind of wedge, but over the years I've hit every club in the bag besides driver and putter. (Yep, I carry a pink vacuum flask. Perhaps we can talk more about that at a later time.) 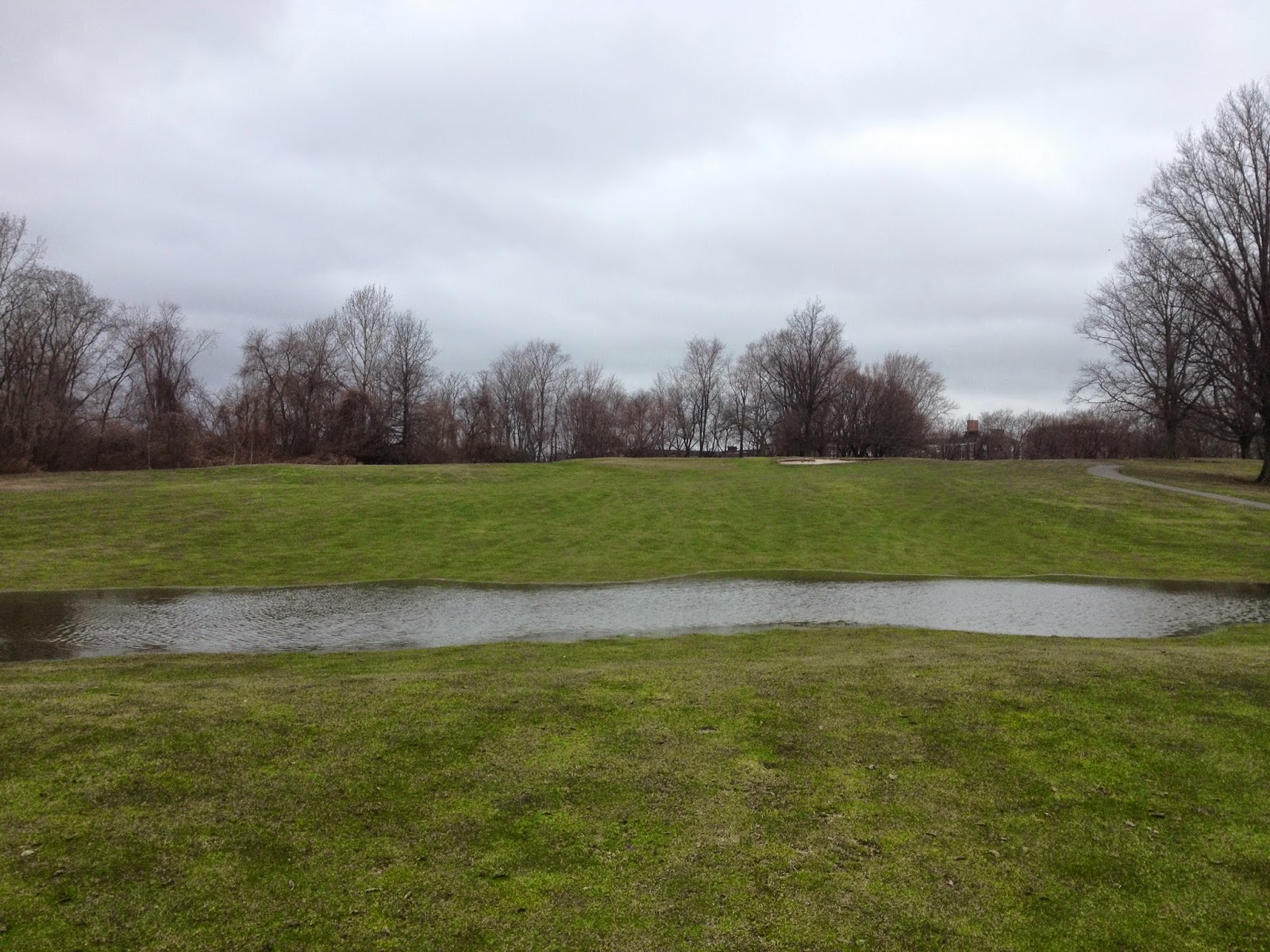 At what point does casual water become serious water? 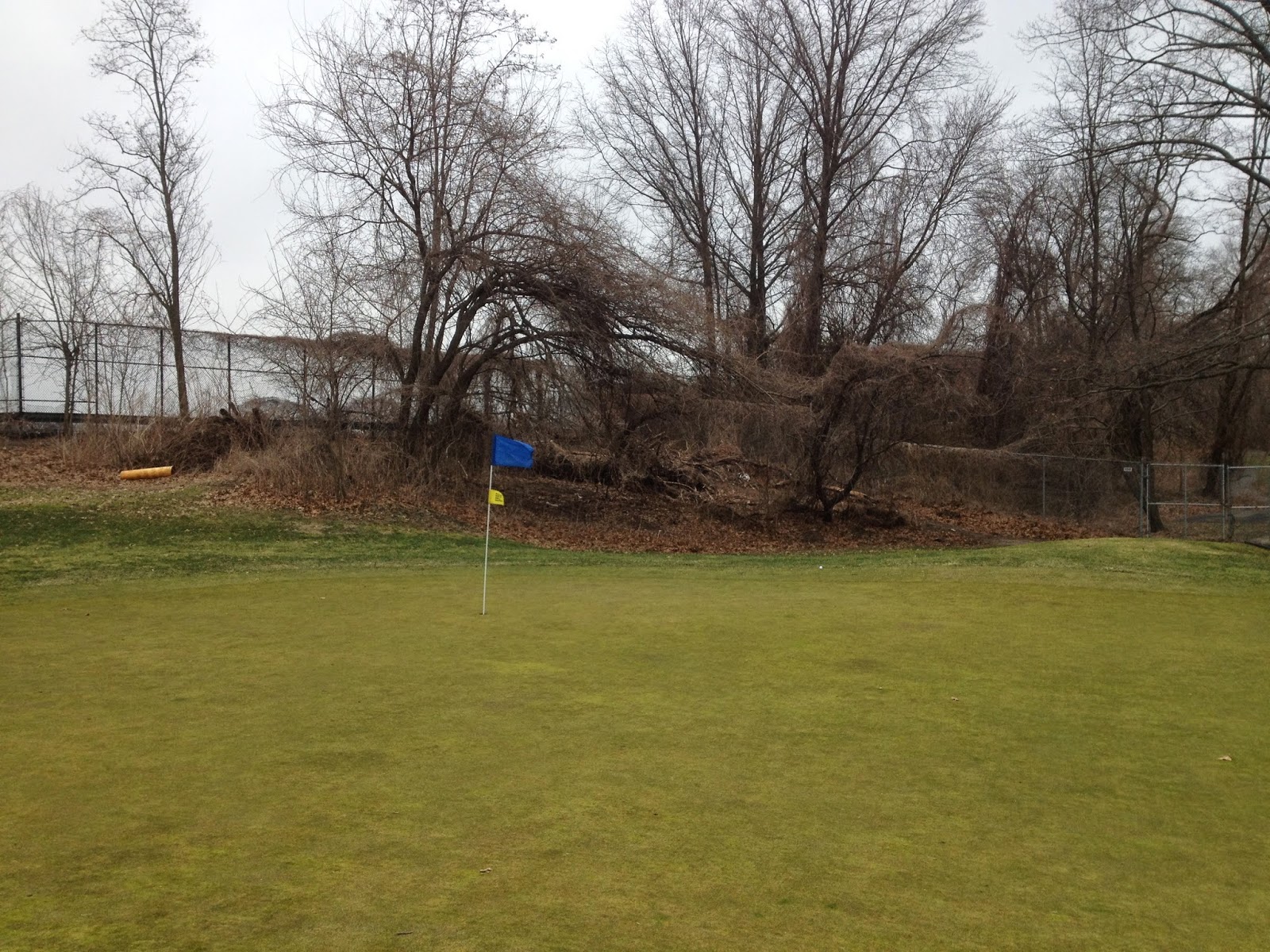 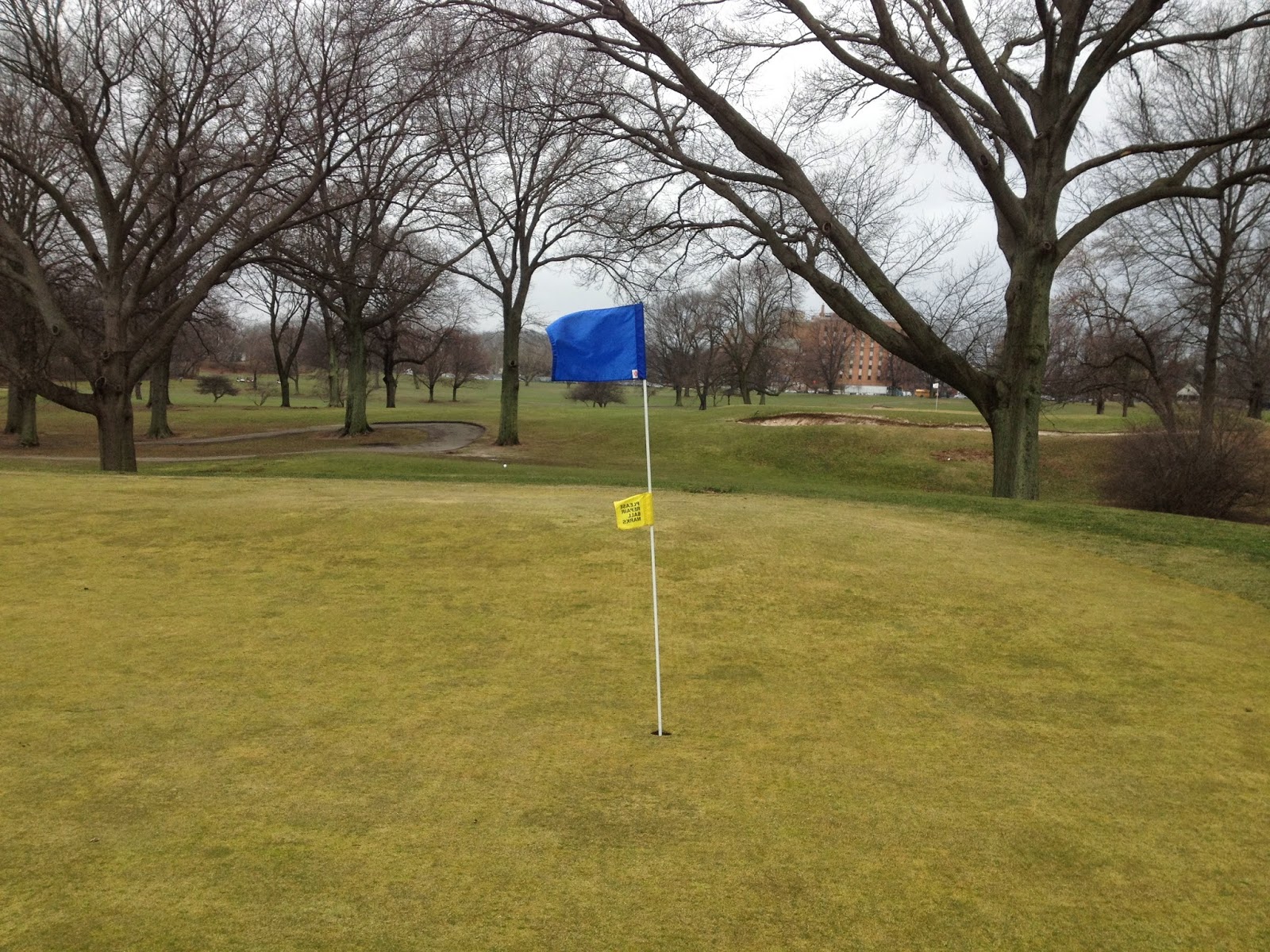 The wind was high all day and made walking hard, and making pars even harder. To make things worse I was coming in a bit steep, popping up tee shots and fatting irons. I won't lie, I was pretty frustrated throughout. 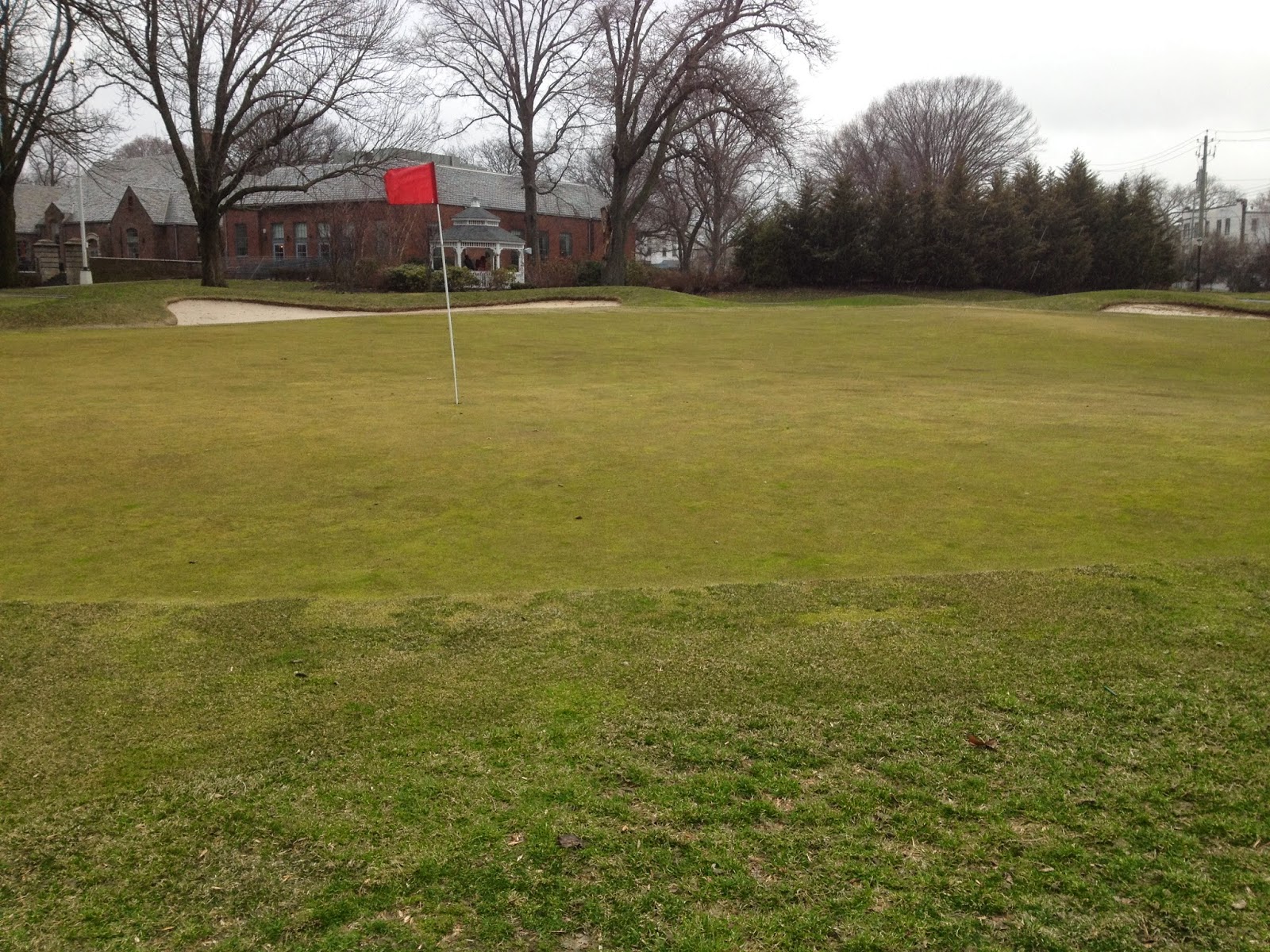 On the 18th hole I was so ready for it all to be over with. But I dug deep and hit a great 3-wood off the tee, then a valiant 4-iron straight into the wind blast; it came up just short, to here. These two shots were enough to restore some good faith, but then I followed it up with a chip that didn't just go in the hole, it was goddamned perfect in every way. Maybe I won't need to look for a new hobby after all.

Still, it adds up to a really disappointing 86. In the next part, I'll revisit my round at Marine Park and try to figure out what the F's going on with my dismal play.
Posted by Legitimate Golf at 8:47 AM