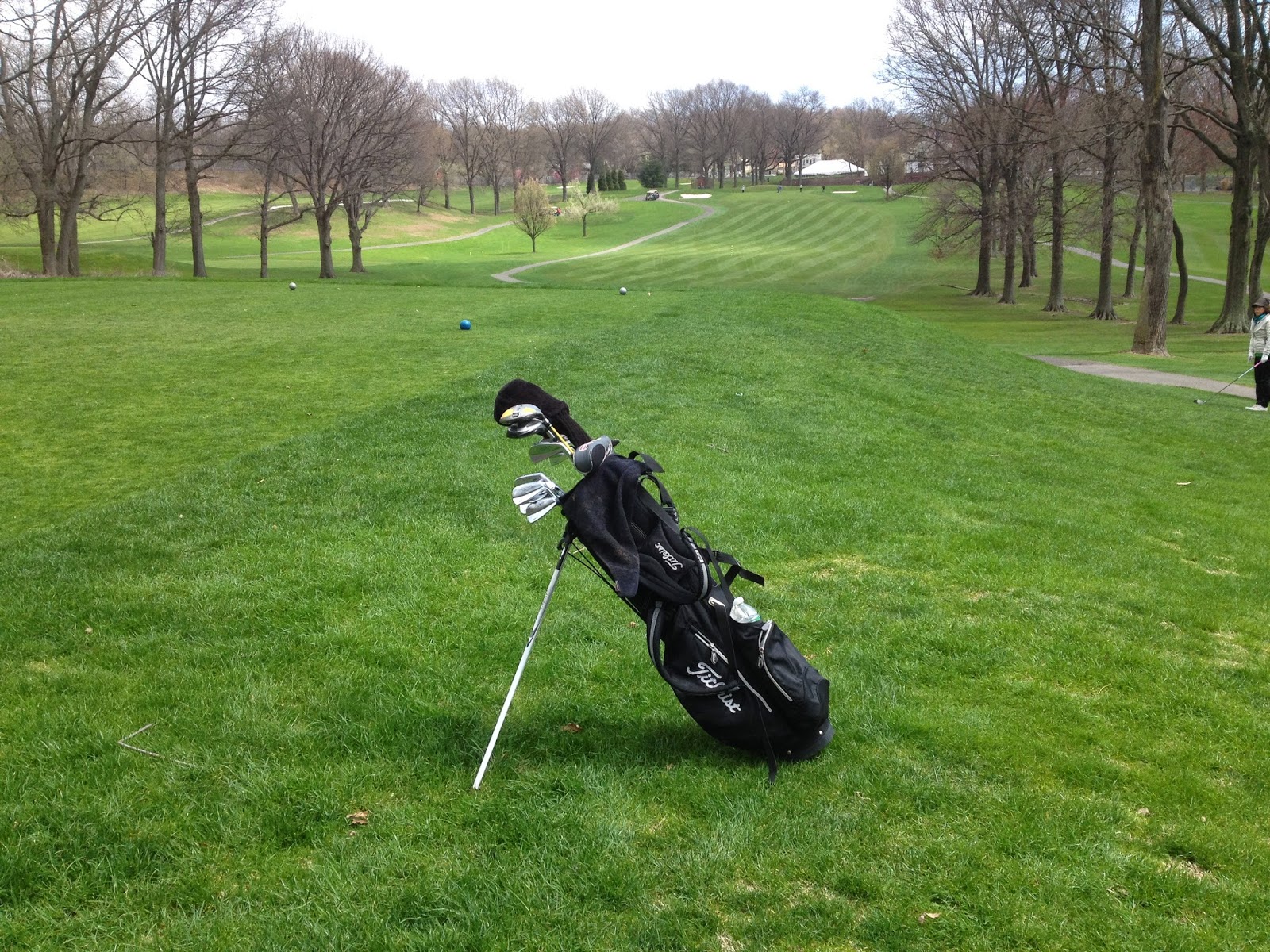 Once upon a time this blog was launched, with the loose objective of discussing "your game, my game, the pro game, etc" but lately it's been falling into a sinkhole of self-referentiality. Don't worry I know.

I'm sorry. There's nothing else I can do. I can only go where the inspiration is and right now my own tail-spinning game is completely dominating my worldview. Besides aren't we all kind of realizing at this point that the golf blogsophere is already plenty full of redundant crap, unsurprising opinions, stories about stories, SEO-baiting cut-and-paste jobs and so on. At least my redundant crap is original. And untainted by corporate or advertising filth of any kind, not yet. Anyways I'm sure we'll get back to covering some golf-related ephemera soon enough. It's all a cycle.


It occurred to me that among some golf lifestyle changes adopted lately I've also quietly become a cart-rider. I've been booking online almost exclusively now for the last half-year or so, and those deals all come with cart. After years at the forefront of the self-righteous walking set I pretty much turned my back on personal beliefs and sold out. I guess on a primal level it's just too tough to pass up something like a free cart, especially with today's gas prices. (In my case it's also about being stingy with calories. At barely 160 pounds I don't feel I have all that many to spare.)

But suspecting that all that cavorting behind the wheel was making some already lousy play even worse, I decided to "try" walking the next round. Free cart be damned. When I told all this to the starter he was rendered dumbfounded for a beat or two; I had to reassure him that this was a choice, and I was okay with it. He made a kind of "hey, it's your life" shrug and walked off. I was stuck in a foursome on a fairly full course today so gas-powered speedgolf was totally off the table anyways. 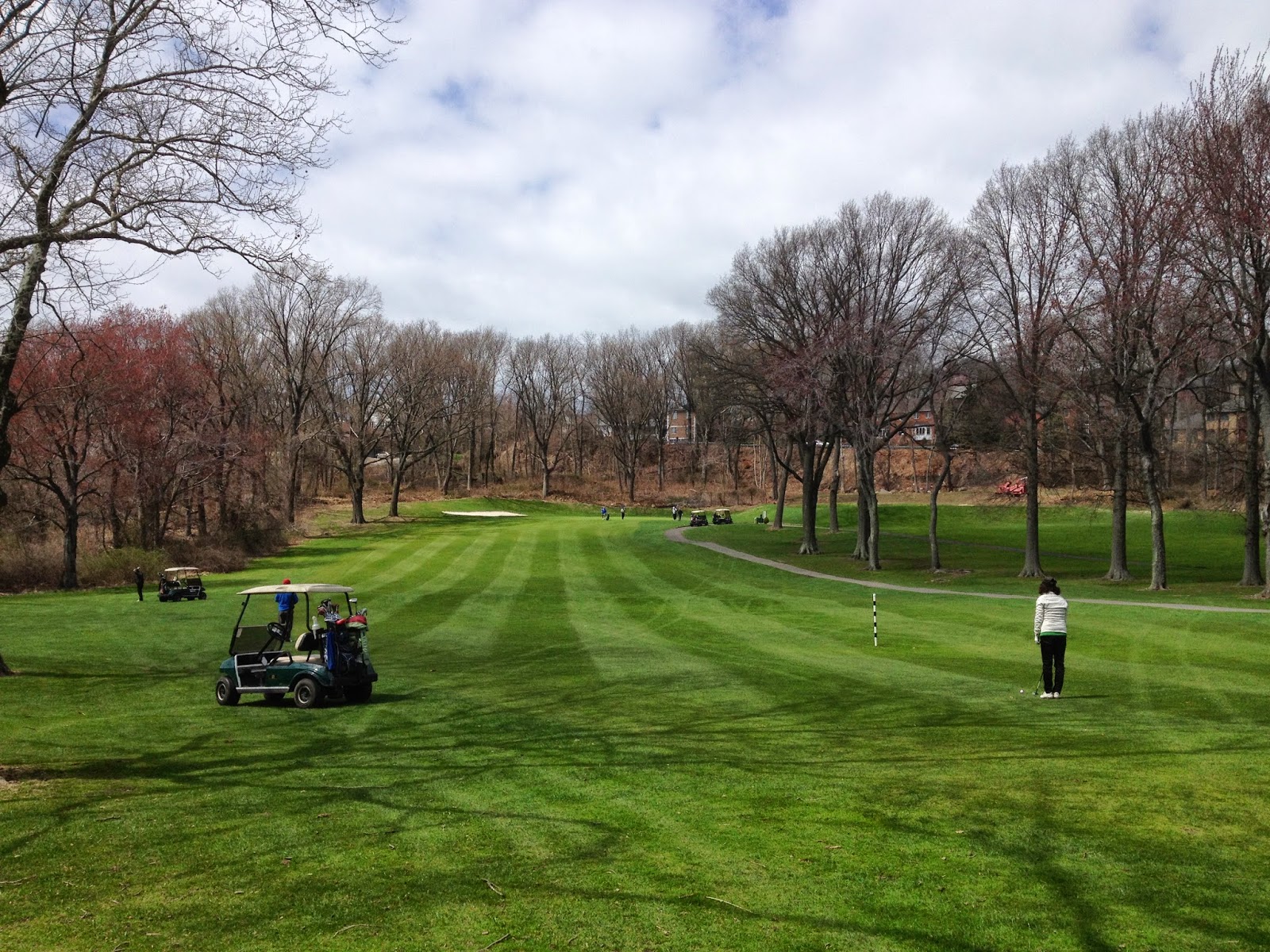 Since discovering Silver Lake last fall, I've been playing it a lot, but until now I had never walked the course, not once. Wow. It's like, one day you wake up and realize you have become what you once sneered at. Life sucks like that. Even just walking down the first fairway it felt like I was seeing a lot of things with new eyes, and all just because I wasn't bound by a cart-path for a change. 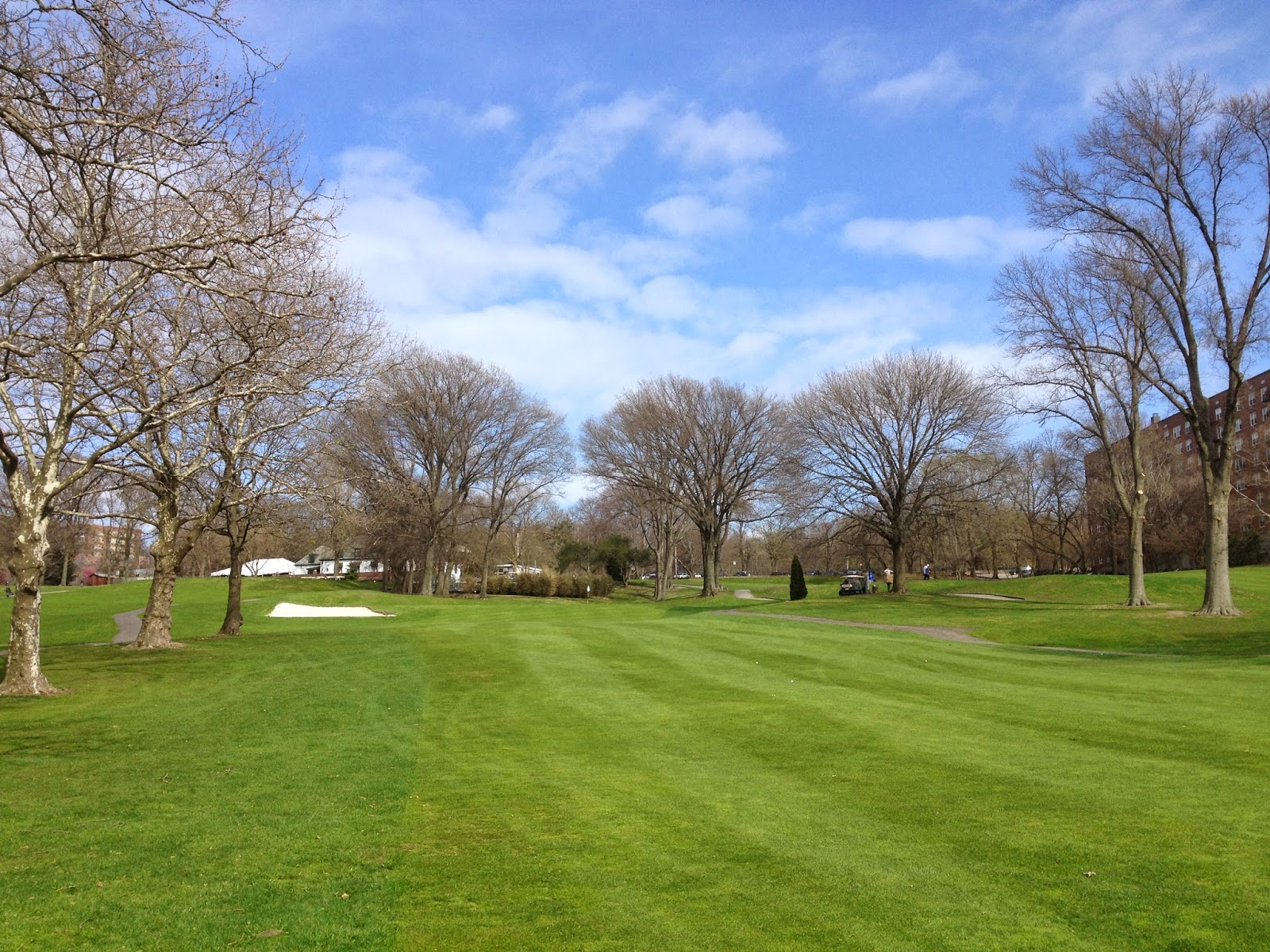 Powered locomotion might just be the greatest human innovation after the "iPhone". It gives us the power to compress the time-space continuum to achieve unnatural feats and shrink down vast distances in a way our primitive ancestors could never have even wrapped their heads around. 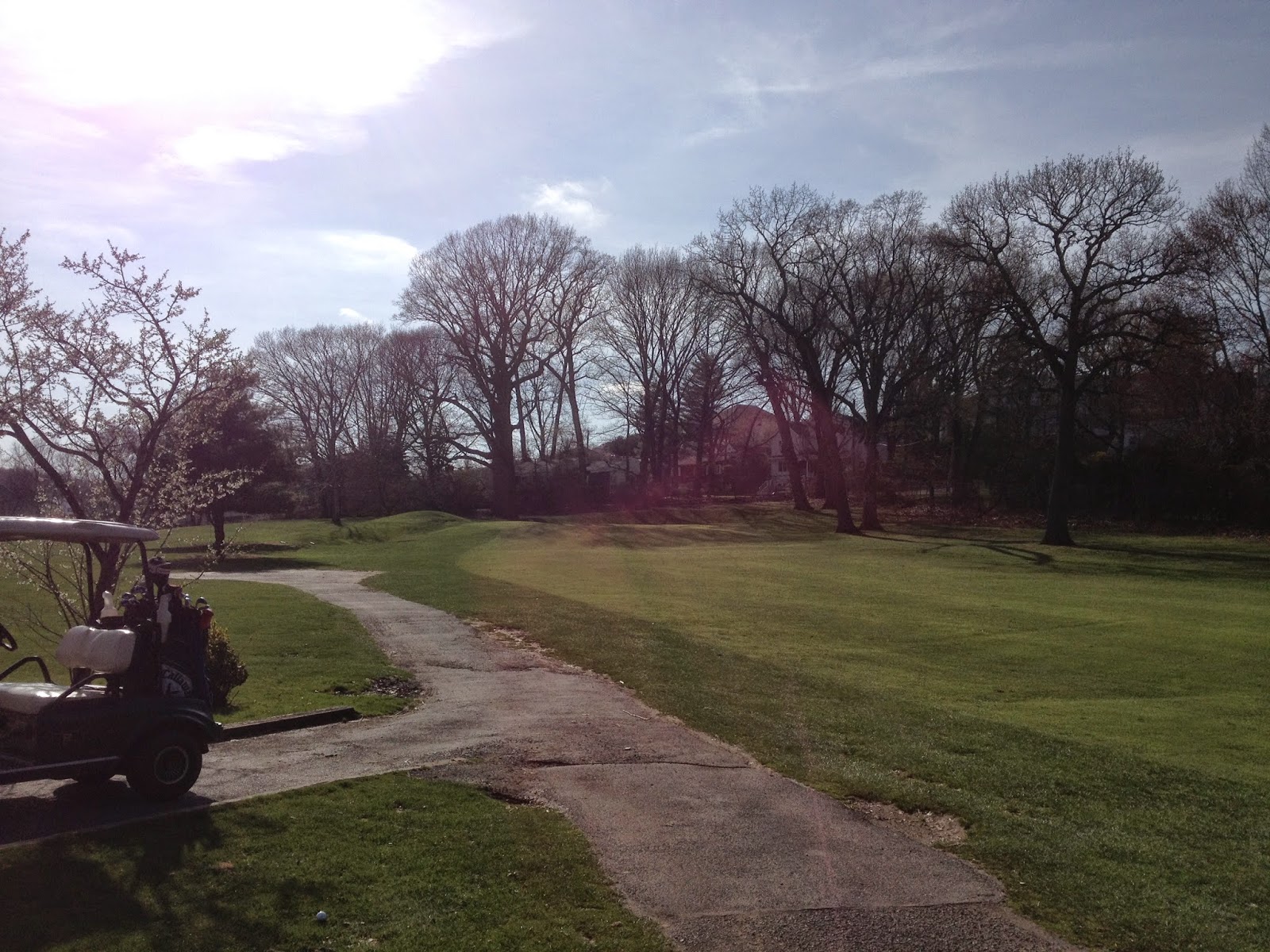 If your game's flying high and you're scoring well, the cart can be a miracle device that enables you to compact eighteen holes of fun into a short amount of time. More realistically though the cart ends up rushing your game, forcing you into hitting shots before you're ready, before you've fully digested the previous one. If you are like me and golf to you is a game of misses, let's face it you're already on a cliff overlooking disaster. Zig-zagging around in a cart can only make the whole situation that much more dangerous. 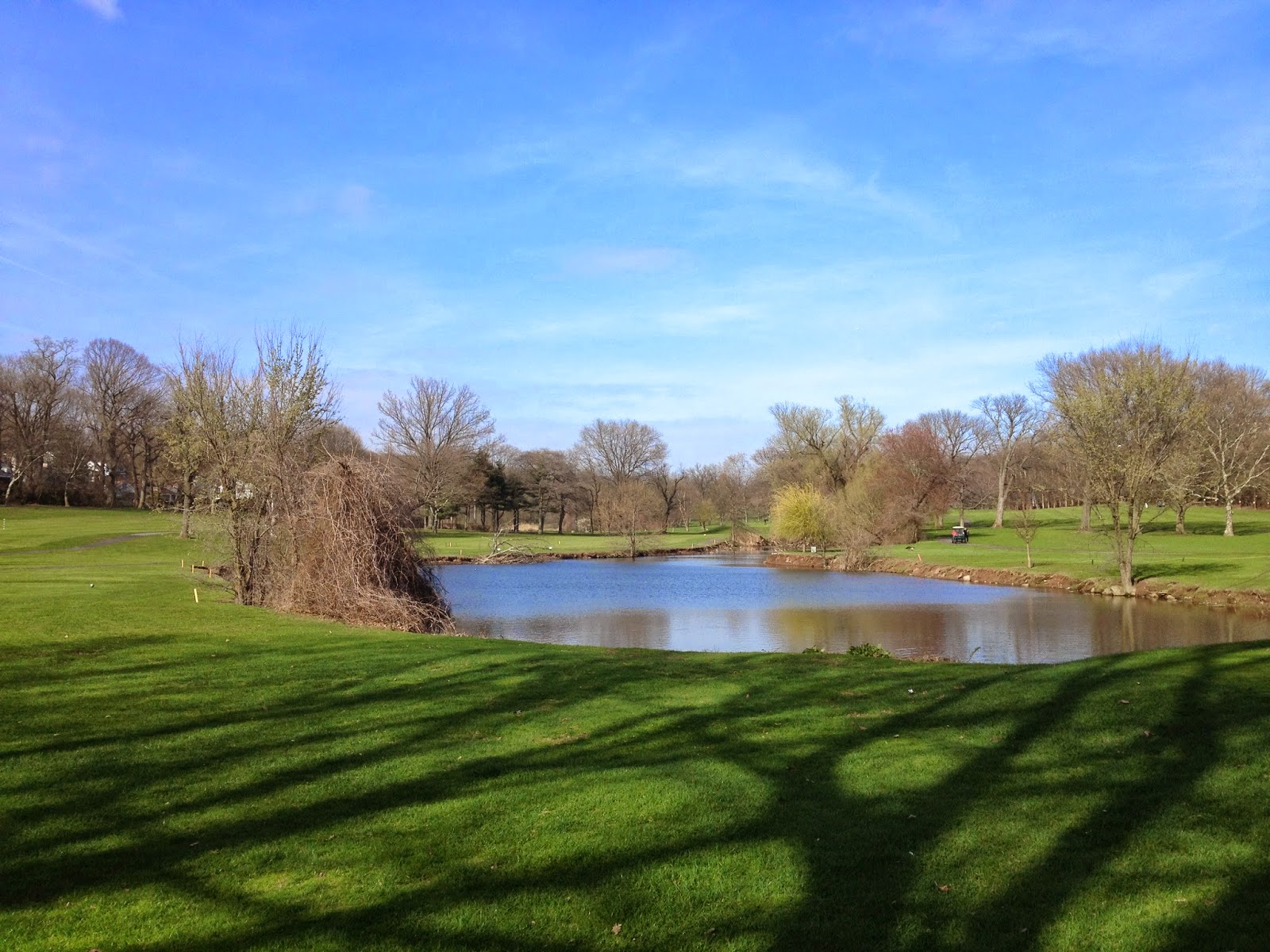 Walking again, I'm reminded of the organic pacing of the whole schedule of hitting and digesting shots, which is basically what this game boils down to. Walking makes for long breaks between shots, so it's way less likely that the disgust from one bad shot will taint the subsequent shot. Plus after a bad swing you can burn off some negative energy by walking extra hard. When you are angry in a cart you tend to just slam on the gas pedal, which really isn't that cathartic. It just makes the clubs rattle around more and if you are like me that only causes more agitation.

In the cart, bad golf has a way of multiplying in a hurry. Strokes pile up fast. It seems like so often lately I been finding myself putting for a 6 or 7, and not even fully understanding how I'd gotten from the teebox to this sad point in just a scant few minutes. 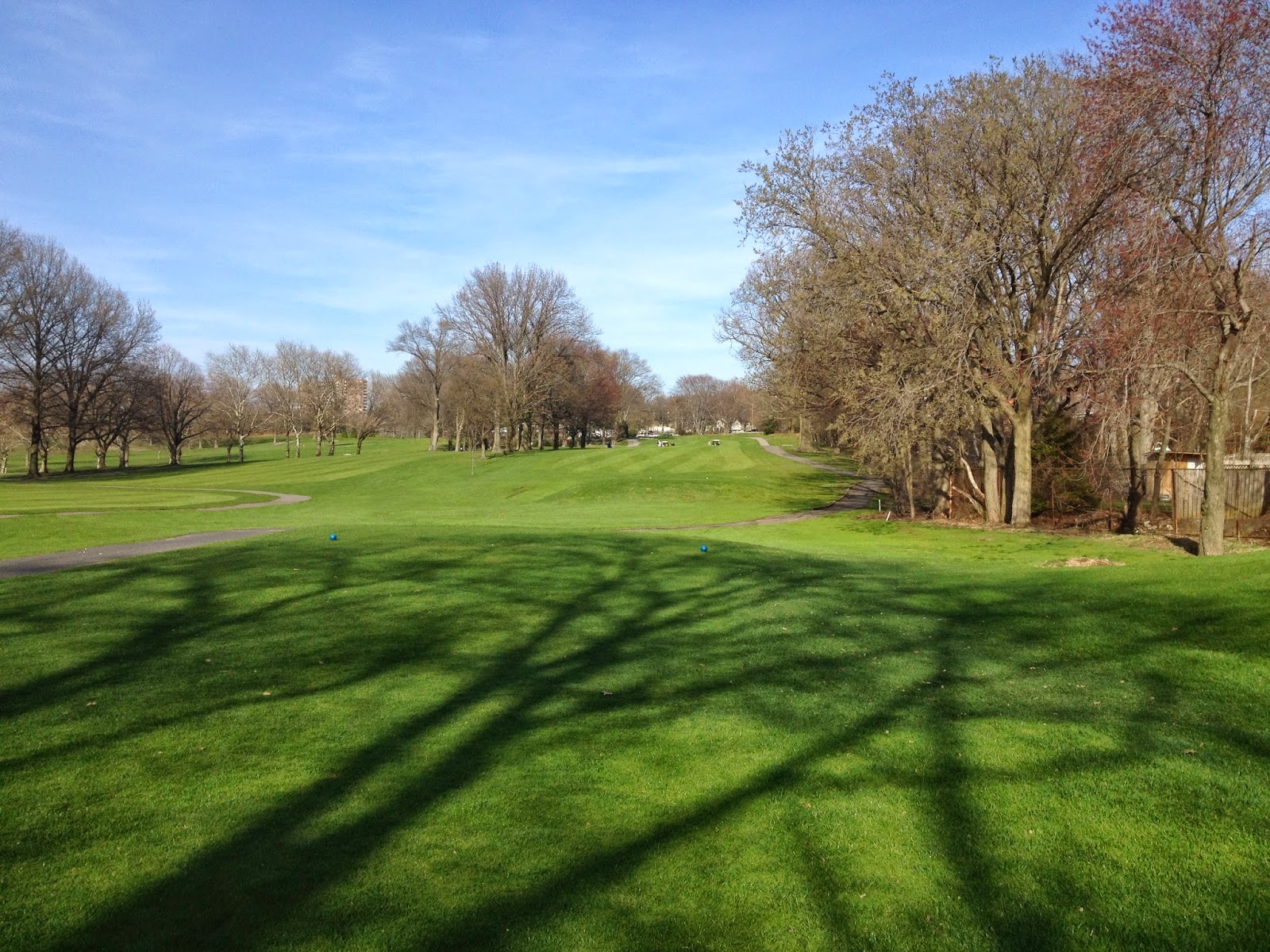 Okay, so I didn't exactly turn my game around in a single round which would've been nice--it was a pretty uninspired 86. But it took way less effort to keep big numbers at bay, the game was a lot tidier, and it's an improvement from previous scores. This more or less backs up my hypothesis I'd say. Walking makes golf easier. Or a cart makes it harder, take your pick.
Posted by Legitimate Golf at 1:07 PM