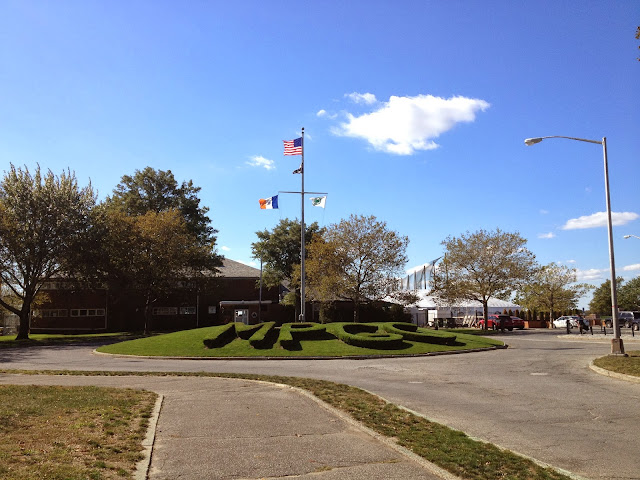 
Before heading out I ran into head pro Evan. Things are pretty busy at the course, he tells me--they're working on some indoor simulators for the cold weather season, and also setting up a Marine Park men's league for next year. With Dyker Beach continuing to sink deeper into a pit of apathy and neglect, it's heartening to see MPGC raising its game and conducting golf operations with actual enthusiasm and good intentions. 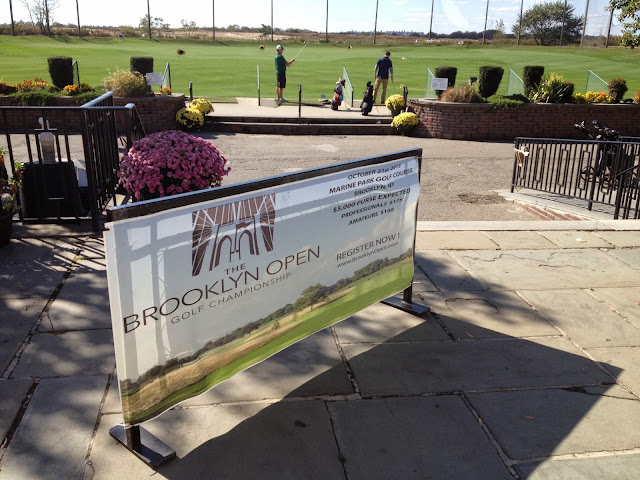 I asked Evan about his expectations for the tournament. He did not sound super-confident about winning it--he's too busy with the more altruistic pursuits of stewarding his golf course and the golf youth of Brooklyn to work on his own tournament game. But he expects a really high level of competition from the local pro and mini-tour players who he believes will tear the course apart--he predicts a winning score in the mid 60s. That surprises me given the unique difficulty of this course. Then again, I don't really know what's what in the wide world of golf.

Also found out that due to demand the field's been expanded beyond its original 90 spots, so now there's well over a hundred participants, along with a 50-odd player waiting list. The more the merrier. Glad I didn't slack off with my registration.

Tee times have been announced, and mine turned out very favorable--I'll be going out just before 10am, which is nothing like my original worst-case nightmare scenario of 7:30. Turns out I wasn't the only one who thought it a bit early--since I posted, the start time was pushed back an hour to enable the first groups to do their warm-ups, you know, after the sun has come up.


Favorable also because I'll be starting on the back nine. This offers considerable relief, since the first three holes on the front nine tends to make up the toughest stretch of the course: long, narrow, beset with trouble and typically into a stiff ocean breeze. The tenth hole on the other hand runs in the opposite direction, is very wide and lacks any significant trouble--there's probably not a more accommodating tee shot on the course.

I played my practice round with a pair of Chinese buddies and random fourth guy. It started off really well; for some odd reason I was in unbelievably high spirits. Buoyed perhaps by a really good pre-round range session, for the first several holes I felt better than I have on a golf course in a long time.

Swinging feels radically different right now so I was a little scared going out on the course with this new action. It turned out alright though, and I flighted enough good shots to produce some sliver of hope of playing well Monday. 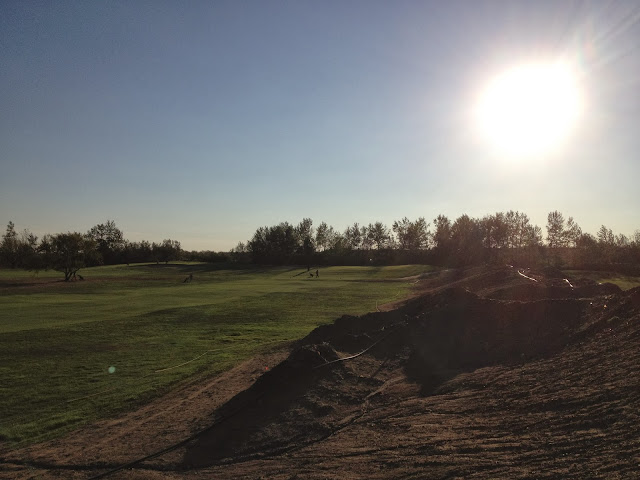 Felt so good about things that I actually enjoyed the company of the group... until the last few holes on the back nine. By now I've noticed there is a certain phenomenon happens towards the end of most rounds at Marine Park. It's a long track and with hardly any trees to offer shade or shelter, the sun and wind tend to beat down on you and over the last few (difficult) holes, pace of play grinds to a crawl.

The group in front of us was doing a terrible job of advancing itself towards the hole, and sadly my own group couldn't even keep up with that pitiful pace. Despite my super-ready-golf efforts down the stretch, the sun set on us before we got to 18 tee. I tried to play the last hole, but it was already too late--I was on the course way longer than I had planned. 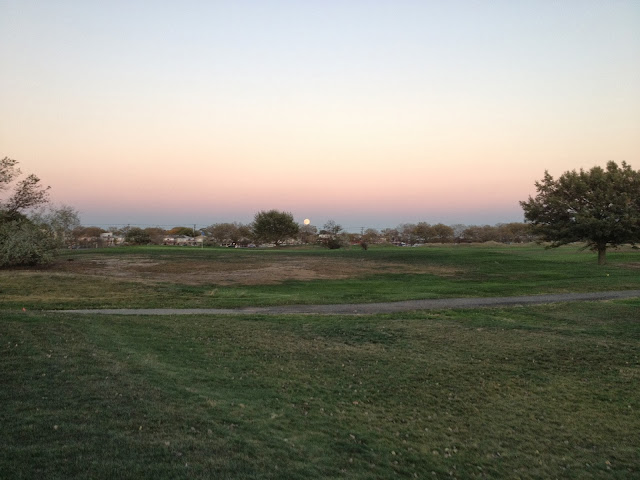 Fretting over my beloved Ringo at home sitting in his crate in the dark needing both to relieve himself and eat dinner, and also facing an hour-plus subway trip home, my mood turned sour and whatever goodwill I had for my playing partners these clowns evaporated while I stormed off the course in near darkness.

Still, the round served its purpose. I got a feel for the white tees, which I've never played from before, and for the green surfaces, though those'll probably be sped up by Monday. My swing and setup still feel pretty alien, so I'll hit some more range balls over the weekend to try and get comfortable.

I'll probably post once more before Monday to talk about some of my specific preparations and provisions.
Posted by Legitimate Golf at 10:05 AM