Some more details about next Monday's inaugural Brooklyn Open are emerging.

The field is set and here's the number of players in each division.

I'll be in Div 2, though I'm a bit sad now to see that I missed out on the division with the most action. Battling against 20 other guys, that's still a lot though. A little surprised at how few high handicappers turned up; then again, this is a pretty tough golf course.


Looking over the names on the tournament roster, I recognize only one other person and that's Marine Park head pro and friend of the site Evan Silkworth, so let's all root for him to take home the trophy.

Ethnically speaking it looks to be a pretty diverse field, typical of the general pop around here. The majority of the field is coming from Brooklyn, the outer boroughs and Long Island. I'm one of just a handful of players representing Manhattan.

I was surprised to hear that all but the professional and top amateur divisions will be teeing off from the whites. I've only ever played Marine Park from the blues, so this lightens the load a bit, even though 6609 yards is still fairly big.

The tournament's initially scheduled 7:30 start time, which I fretted over in the previous post, has been moved back to 8:00 and believe me, I'm grateful for that extra half-hour. Every little bit's going to help, especially considering the weather. 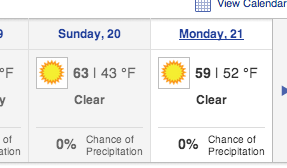 Fortunately we'll probably have clear skies, but it's shaping up to be a cold start to the tournament. It'll probably be windy too. I'm expecting temps in the 40s at tee-off and eventually rising to a more comfortable level, so some serious thought will have to be put into the layering of clothes and what not.

Meanwhile I keep on tearing down and attempting to reconstruct my golf swing even as we're getting dangerously close to zero hour. What can I say, I am crazy like that. I've gotten some really good counsel from some of you, some votes of confidence and what not but the truth is I am so far mid-stream that I have to see some changes through or I'm going to be in big trouble standing over the ball.

I said in the last post that I'm not going to even try and worry about a shut clubface. Well a couple short hours after posting that it became apparent that this was a dead-serious issue, both symptom and cause of a lot of ills, and it needed to be remedied now. A closed face per se isn't necessarily a problem and in fact a lot of Hall of Fame golfers use one, but it's clear at this point it doesn't jive with the system I'm trying get into.

Don't ask. It's a whole thing. Basically I've been following Hogan's Five Lessons for most of my golf life, and it's kind of amazing how long it takes me to understand what's in this rather short, concise book. For those who aren't familiar, this book attempts to teach a swing that relies on the body's rotation to square the face, in which the user need not even think about what the face is doing at impact. A swing in which the user can think of just one thing at impact: "hitting through with all one's beef" as the man so succinctly put it.

Opening the face throughout the swing's arc is a natural motion I think, and I had been fighting it. With a closed face at the top, I was not free to let the club flow through impact. So as much as I tried to deny it, I was leaving a whole lot to hand action and timing.

One should always be skeptical when someone claims to have discovered a key to better golf swings, but this is real progress and it's been working. I can actually hit a driver right now which is a minor miracle. Who knows, if I can manage to get the ball off the tee half-decently I might actually, you know, have some fun in this tournament.
Posted by Legitimate Golf at 8:44 AM