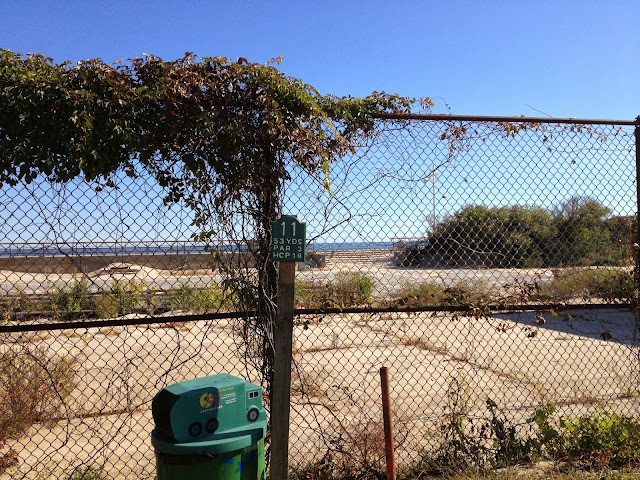 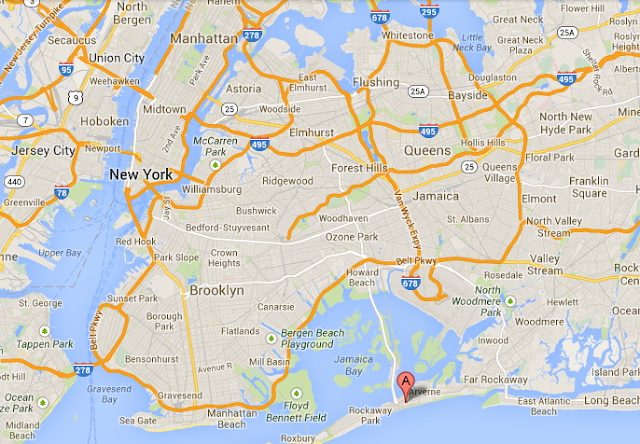 Jacob Riis Park Pitch & Putt aka Breezy Point Executive Golf Course (why this place has two names is still a mystery) is one such place, a locals-only dive of a course tucked away on the skinny peninsula known as Rockaway Beach, in the borough of Queens, near JFK airport.

Almost a year ago, the Rockaways were hit hard by "Superstorm Sandy". The above photo shows the huge parking lot of Riis Park serving as a temporary dump site for debris collected from the peninsula in the aftermath. Millions of cubic feet of sand had to be replaced in order for the beach to re-open this year. The golf course, which sits just to the left of the frame, was flooded, the turf and greens ravaged by seawater; it took until mid-spring of this year for it to re-open.

The term "executive course" to me conjures up images of businessmen tuning up short games on lunch breaks, dress shirt sleeves rolled up to the elbows, neckties swept back over shoulders. Such stereotyping couldn't be further off the mark here at Breezy Point. There isn't an office building for miles. Rockaway Beach is a strictly working class area and its golf course is the epitome of ghetto golf. Here, conservative attire is a tee-shirt without the sleeves cut off. Here, if you are wearing anything other than cut-off shorts, shants, jorts, etc., you better watch your bougie ass. 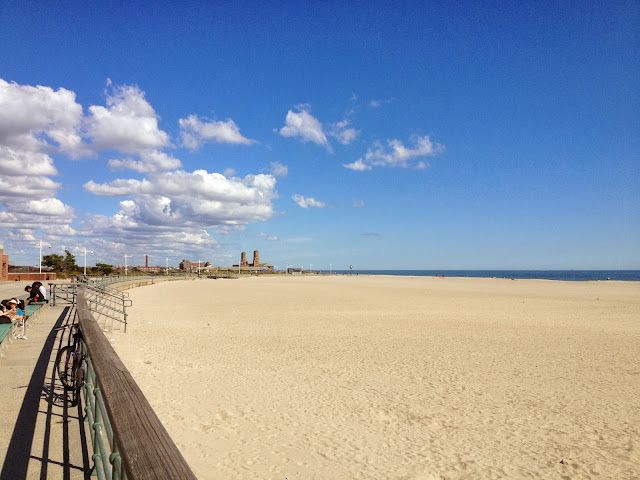 Coney Island is the most famous of New York City's beaches, but real New Yorkers (like the Ramones) are much more likely to get their beach on here. There's none of the attractions of Coney, but also far less of the scum and undesirables. Rockaway is a far cleaner, quieter and more natural environment. 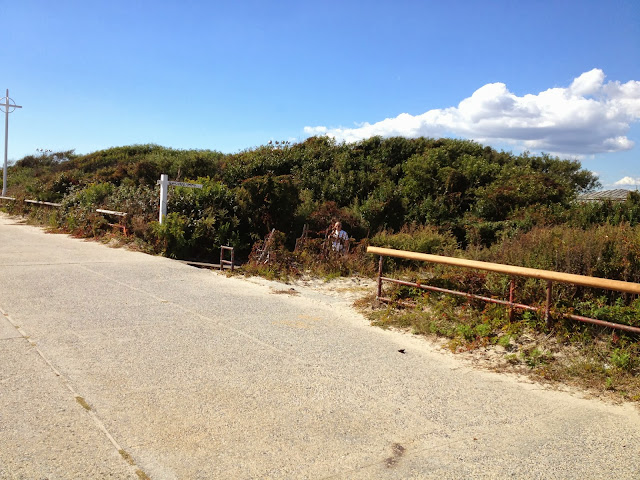 Ok, when you're done staring out at the ocean, you only need to do an about face to get to the course--the entrance is just across the promenade from the beach. It looks pretty dodgy from here--no sign or anything, just a dilapidated path leading into some scrub. Frankly this looks more like a nice secluded place for ambushing joggers. 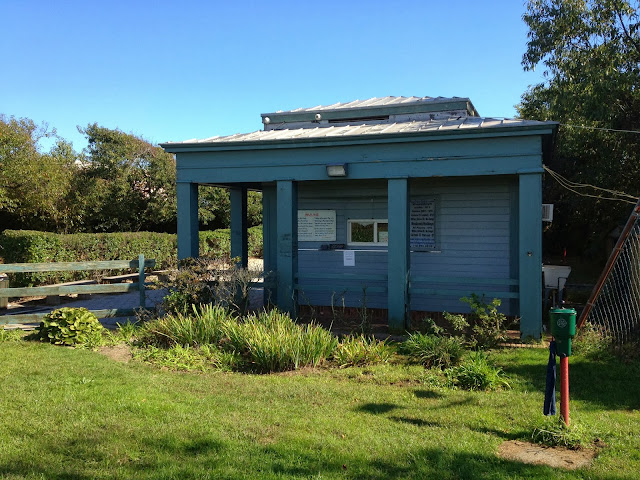 Here is the delightfully ramshackle hut where you pay your greens fees. $16 a head on the weekend--that's pretty dang steep, especially when you add on the seven bucks and change in tolls to drive here. 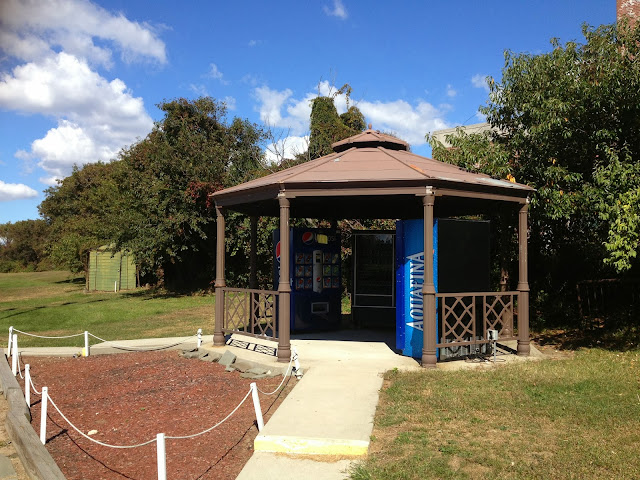 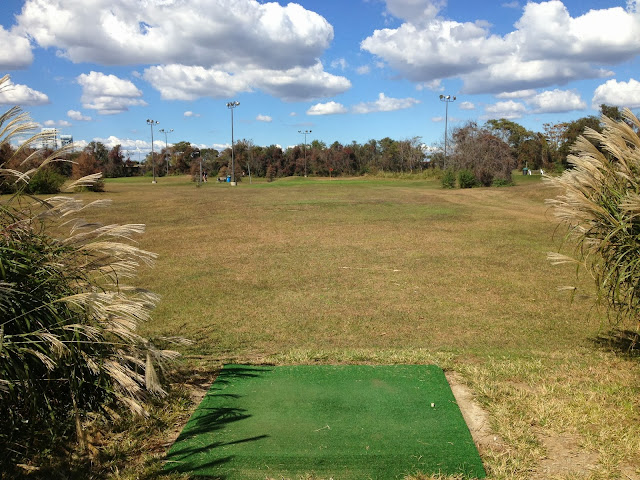 The first tee, flanked by bushes offering some much-appreciated privacy. Most of the holes here look about like this. 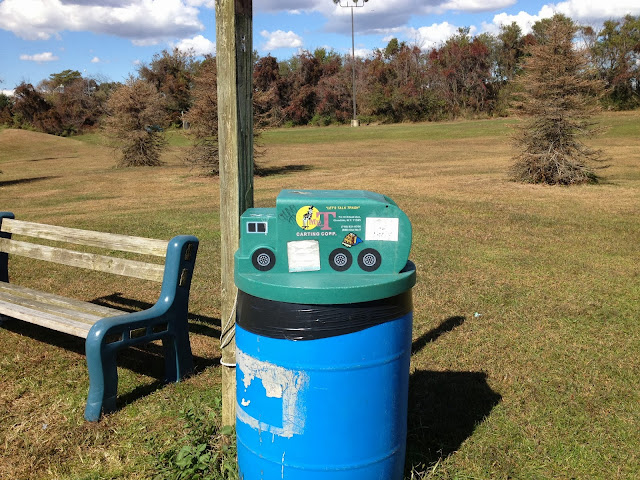 It's quite the shithole, but they do take their trash disposal seriously. 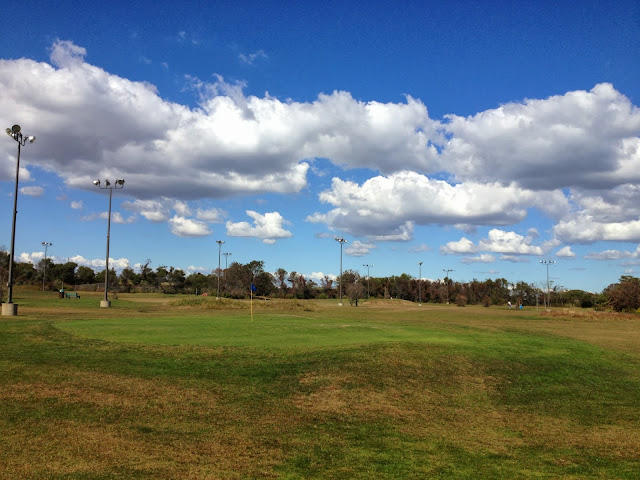 Like a lot of cheap-ass pitch and putts, it's one big squarish lot. No separation between holes and you can pretty much see everyone on the course at any given time. 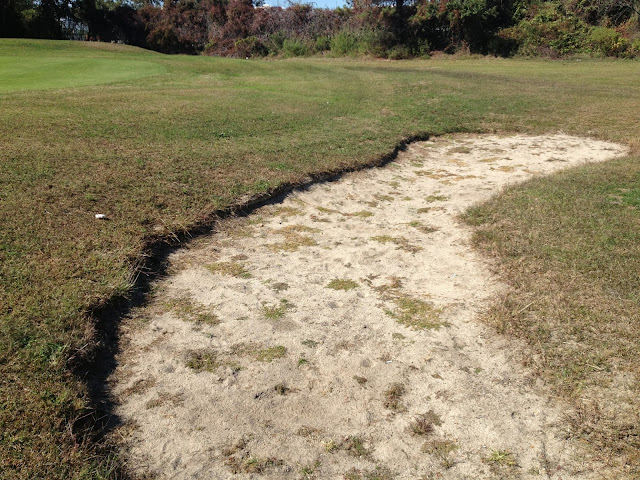 There are a few forsaken bunkers here and there, but they are more ornamental than anything, mainly there to make the place appear a bit more golfy. 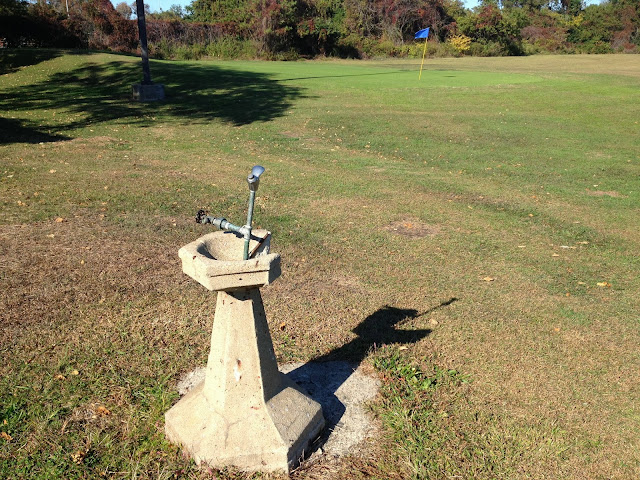 Amenities, as you have probably guessed by now, are very limited. 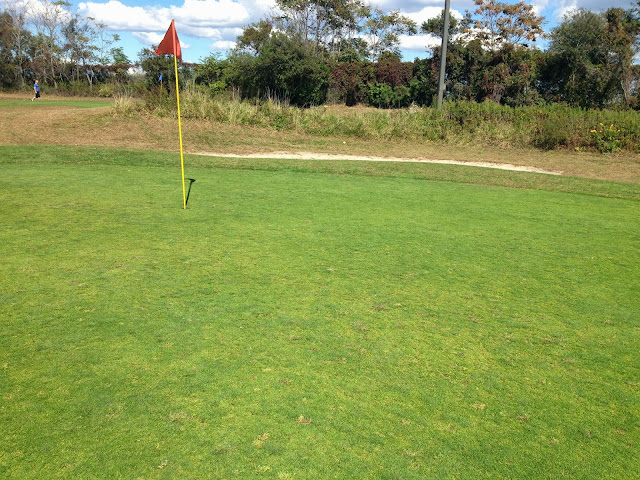 The greens here are about as smooth as your average residential lawn. True, they had some disease issues resulting from the Hurricane Sandy situation, but I've been here prior to that and let's face it, they've never really been proper golf greens. 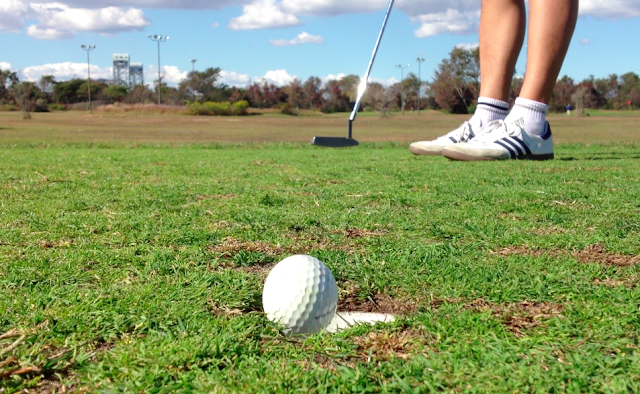 However I didn't let that stop me from shooting a cool 59.

The good
It's steps from the beach. There's 18 holes and all of them have flagsticks. The posted yardages seem relatively truthful. There's ample variety in the length of holes, from 50 to 150 yards and just about everything in between, so playing a round here makes for some decent wedge practice.

You can play at night under the lights.

The bad
A lot of people who play here are newbies. Actually I should take that back--"newby" might imply some experience, however limited. A lot of people you will see here are very likely touching a golf club for the first time in their lives. On this day we were stuck behind a foursome of guys all sharing one putter.

The greens are hard to take seriously.

Tough to access this place by any mode of transportation.

My round
I had fun. It was a nice hot Indian summer day. I didn't bother bringing anything longer than a 9i so I had some difficulty on the 150y, upwind second hole. I started off by going +3 through two holes. Apathy loomed. But I fought it off, got back to grinding, made some good chips and putts and eked out a +5 for the round.
Posted by Legitimate Golf at 11:42 AM