We're well into December and yet, the Legitimategolf NYC Golf Tour rolls on. Believe it!

Q: What do you think of Flushing, Queens?

[From a joke book I read when I was nine.]

Kissena Park is way out east in deep Queens, just past the much more well-known Flushing Meadows Park, which is known to most people as the home of the tennis US Open, the New York Mets and the 1964 World's Fair. If you're anything like me you're probably wondering what the hell is a "kissena"?


According to the old Wikipedia, kissena is a Chippewa word that means "dammit--it is cold"; it was the white man, however, who thought to name this place with it (the Chippewa have nothing to do with this region).

The golf course is on the easternmost end of the rather perfunctory Kissena Park, in a particularly glum part of Queens. 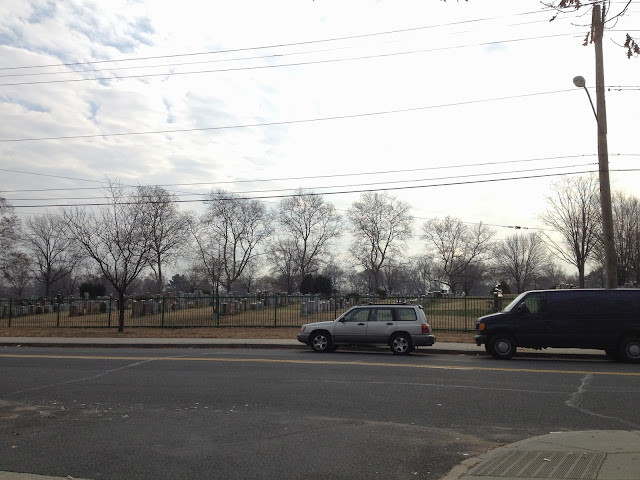 No kidding. That's a large Catholic cemetery right across the street. 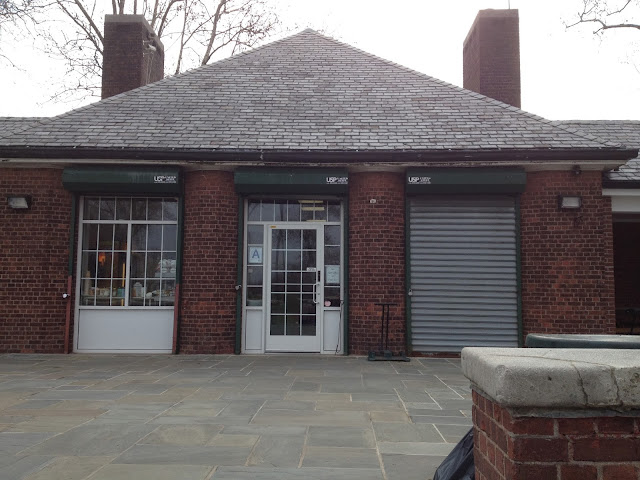 Maybe it's just a winter thing but this little shack is pretty much the all-in-one pro shop, starter, grill and 19th hole. Hey, the "A" health inspection rating is a nice touch at least. 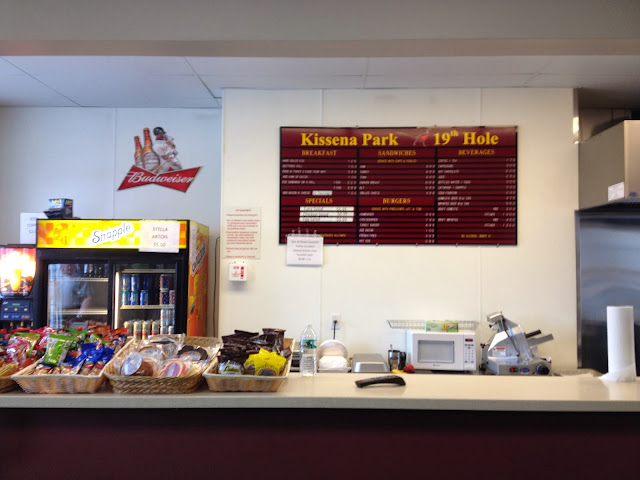 Plus, they got a deli slicer. How bad could it be? 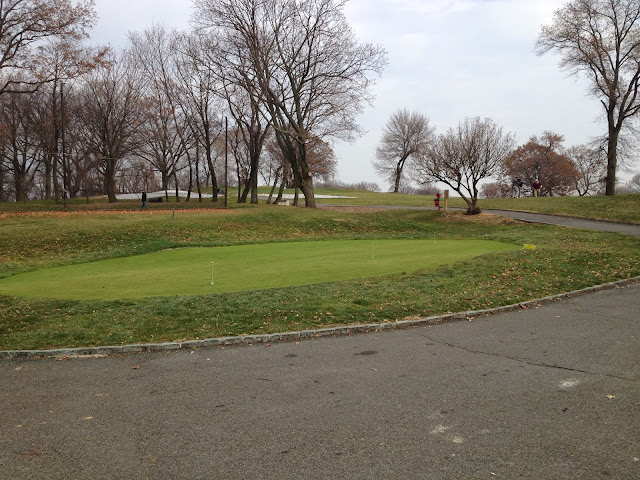 The practice green is puny, but--it's located right up against the 1st tee. Must be nice to be able to actually do something productive while you're waiting forever for your turn on the tee on a busy day. 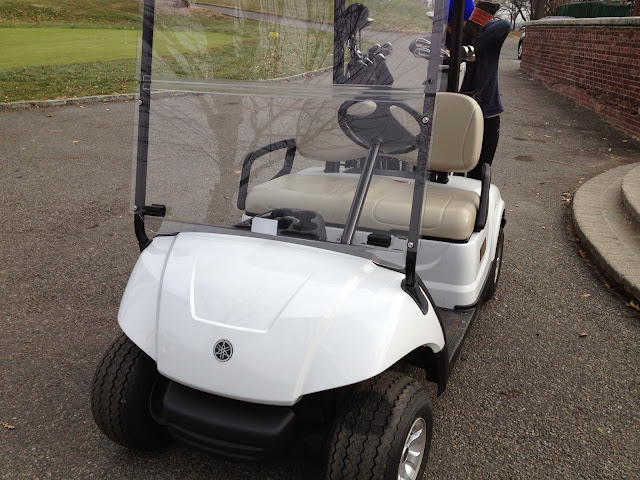 Brand new Yamaha rides. Hell yeah. This one could've come right off the lot for all I know. Still had that new-cart smell. (To my disappointment though it drove just like any other old crappy, rackety gas cart.) 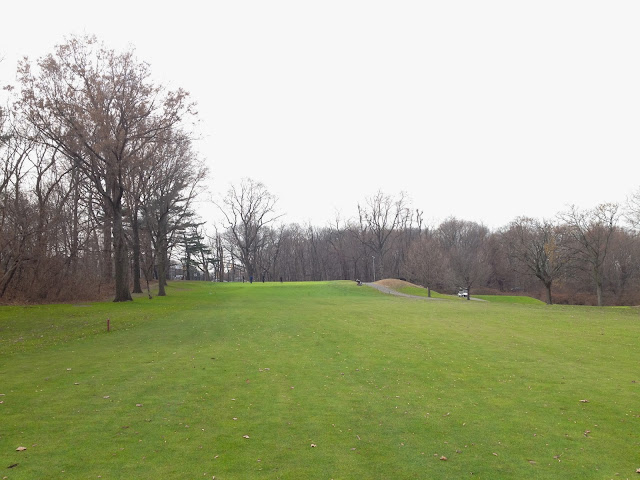 Today it was pretty cold. Not nearly enough to empty the course though--there's people everywhere, and definitely a strong locals vibe. Which is maybe a nice way of saying I don't think many people go out of their way to play here. 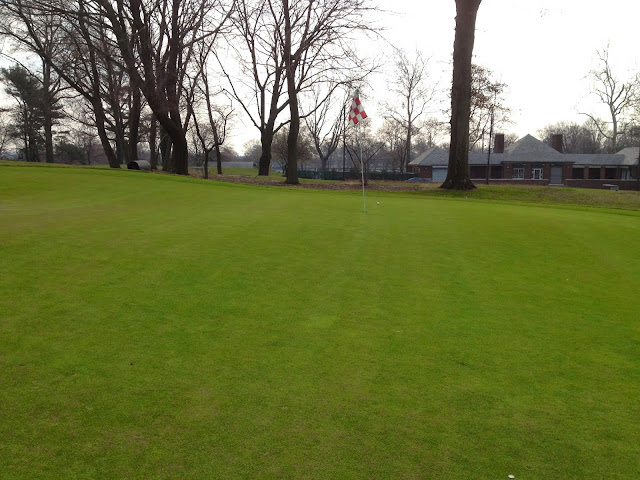 Funky, old-school style sloping on a lot of these greens. 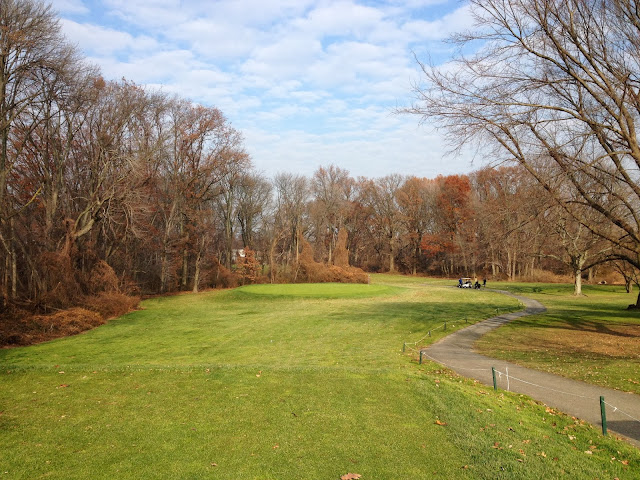 The most interesting, and possibly off-putting feature of the course is it's par of 64, and 4665-yard length from the back tees. 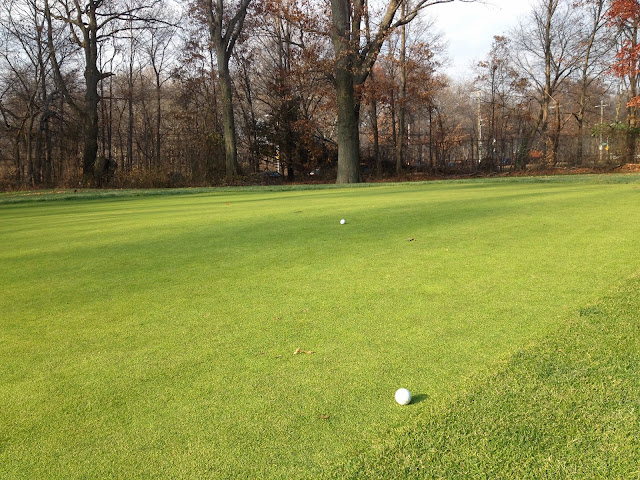 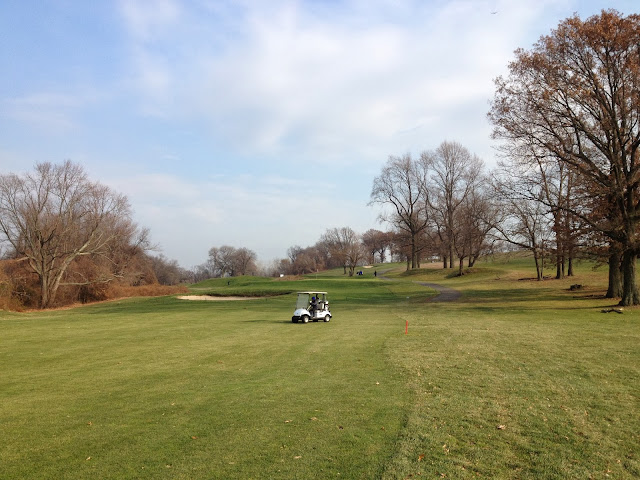 The numbers are misleading, because it is by no means a short course or an executive course. The holes here are all about of average length, some fairly long even. The distinguishing feature here is the lack of par 5's. So the best way I can think of to describe Kissena Park is it's as if you took a fairly typical, short-ish par 72 and replaced all the par 5's with par 3's. There are 8 par 3 holes, some of which are pretty long and brutal. 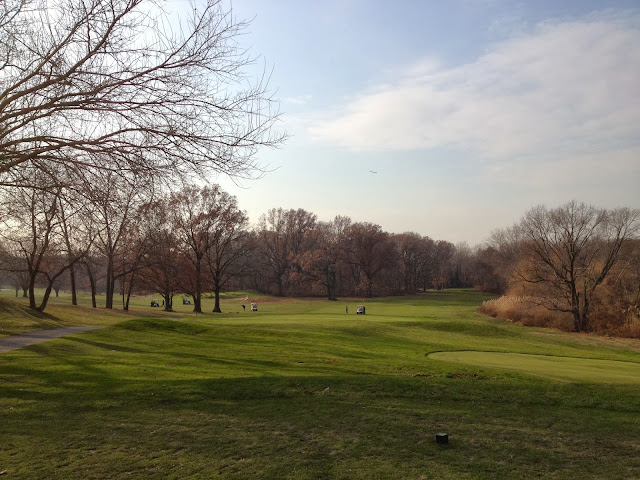 And when you think about it, this might just make the course play harder. A long par 3 is way harder to score on than your typical par 5. 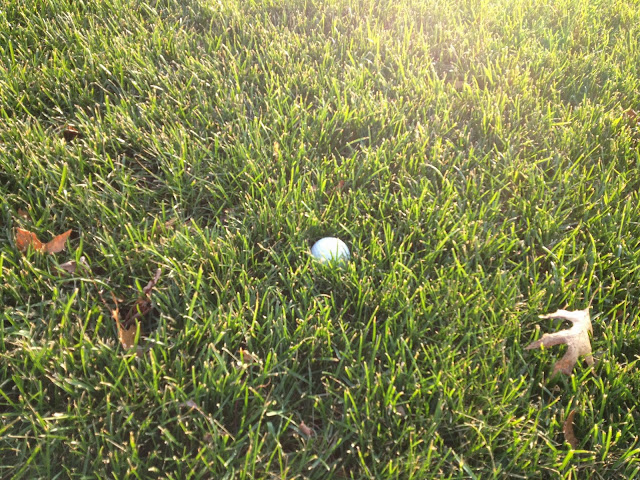 The air feels wintery, but you wouldn't know it from the juicy thickness of the rough. 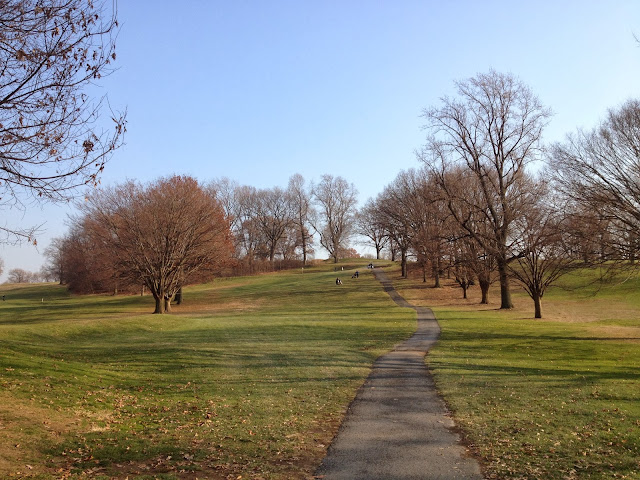 The course was built on top of one big hill, and the holes wind all around it, presenting you with uphill holes... 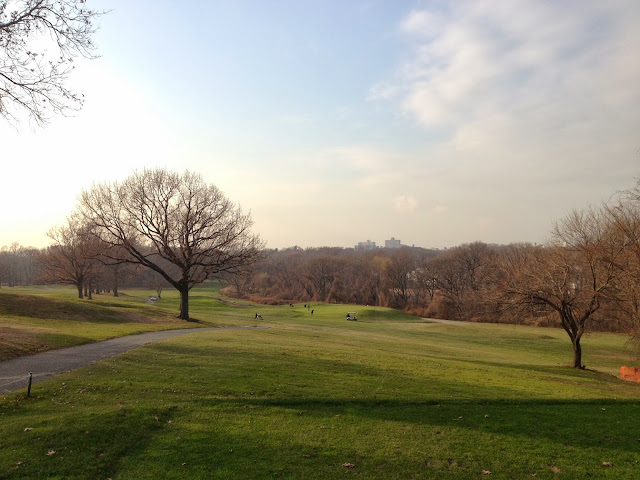 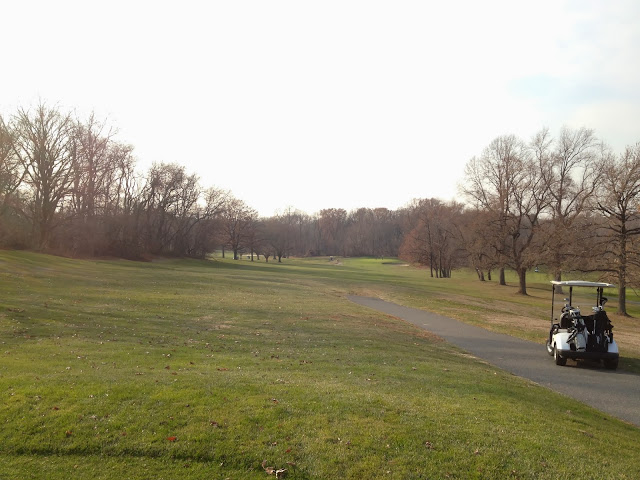 ...sidehillers and just about every combination thereof. 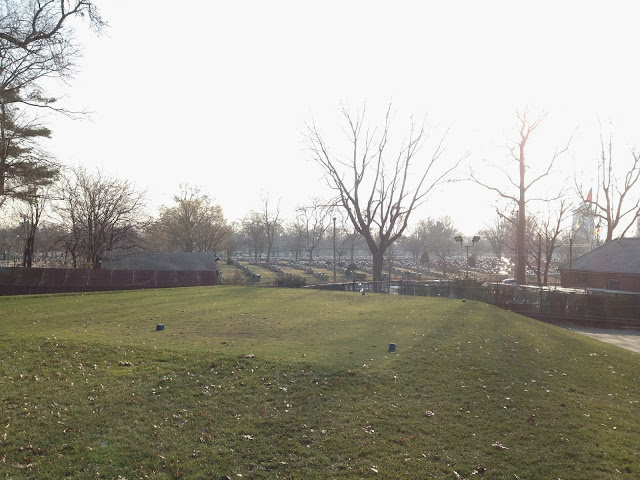 #10 tee offers a view of the cemetery. 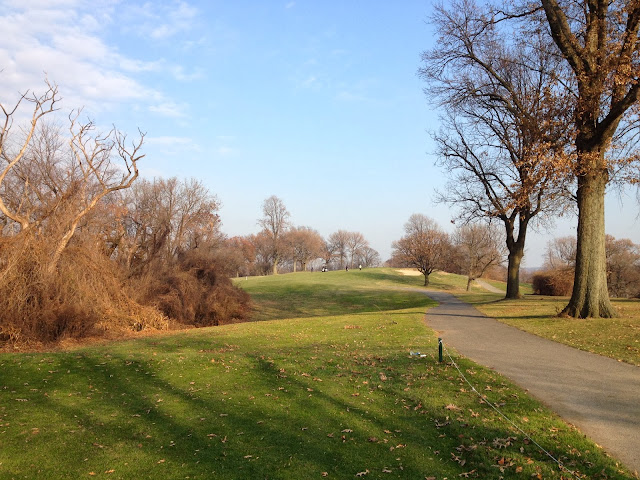 #11, a narrow drive par 4 that sits atop the ridge of the big hill. 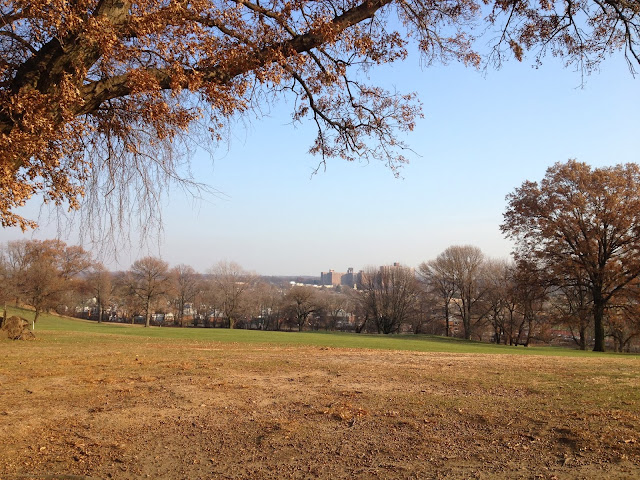 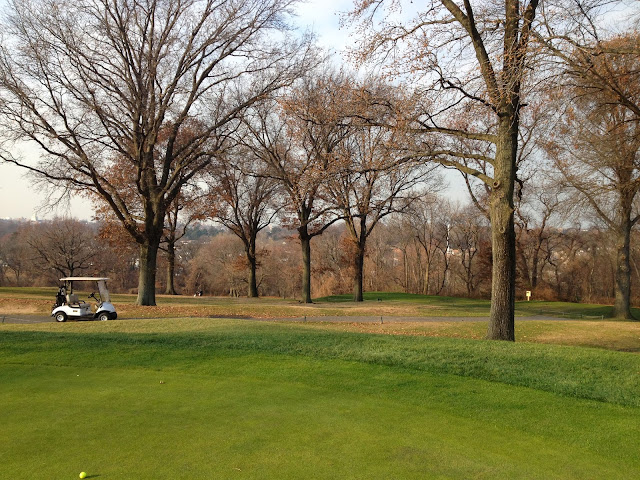 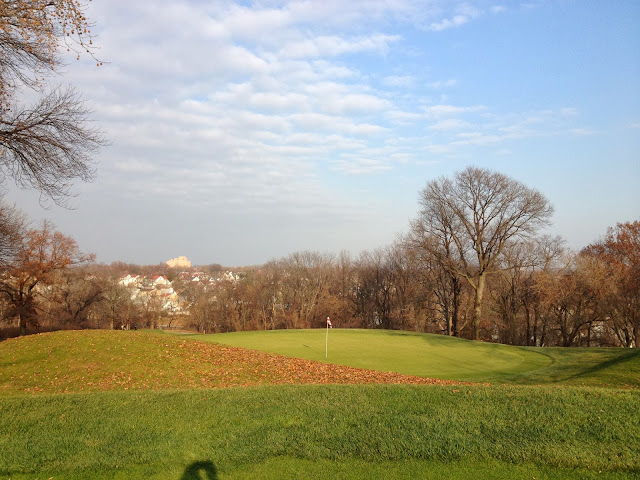 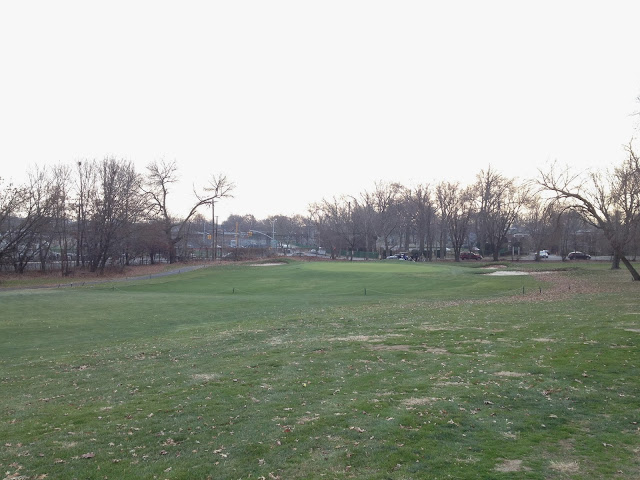 #15, at the corner of Booth Memorial Avenue and Fresh Meadow Lane. 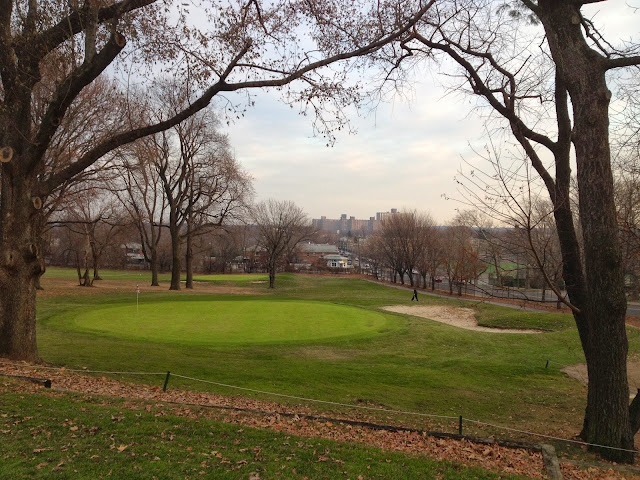 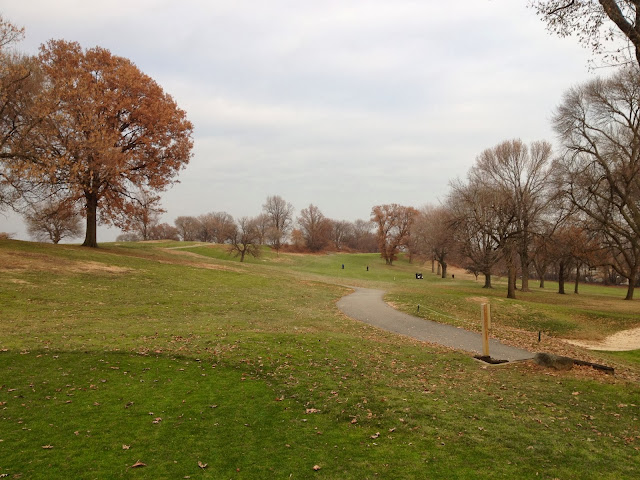 #17, a fairly impressive look to this uphill, sidehill par 4. 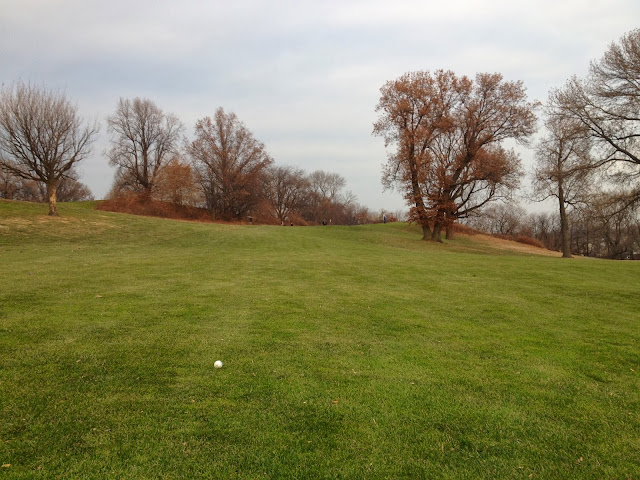 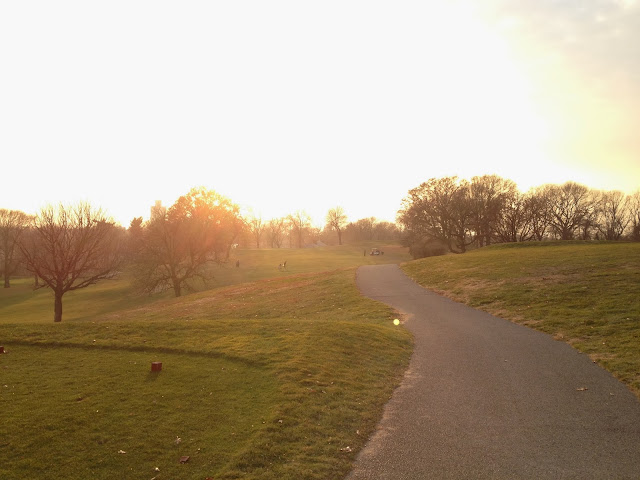 One last tee shot into the sun. 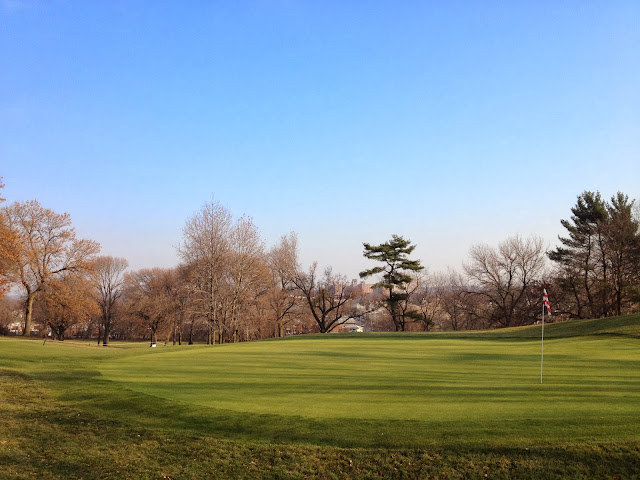 The 18th green, top of the hill overlooking Queens.

Kissena is plenty challenging for better players while being accessible to hackers. It challenges almost every club in the bag except driver. Tricky greens to hit into, with lots of elevation changes. Decent conditioning (if a little bit slow on the greens).

The most damning thing about this place is always going to be the par situation. Most serious golfers probably want at least 70 par strokes for their money.

There's a decent variety to the par 3's and all, and most of them are fairly substantial holes, but by around the sixth one it gets to be a bit much. Par 5's are definitely missed. Plus the abundance of par 3's seems to clog up the pace no matter how brisk people are playing.

It is a fine course, it just seems to lack that certain something special that keeps you coming back. There's not enough charm to make up for the short length and deficient par, perhaps.

I had nothing. Nothing! It was cold, I didn't really take it too serious at the start, and failed to get into a groove at any point during the round. I came here with Ms. Legit and while it was a good course for her newbie skills (short from the front tees and not many forced carry shenanigans), the difficulty from the back tees caught me off guard. I enjoyed it okay though. Good test of irons.
Posted by Legitimate Golf at 8:50 PM