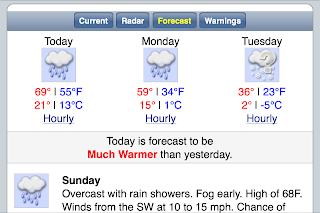 Yes, the 2013 New York City golf season lives on. Yes, my worst-case scenarios, various doomsday prep plans and 'Season End Watch' broodings were all way off-base, so what. Cut me some slack Jack.

Early in the week our high temperatures peaked in the low 30s; wind made it feel like low 20s. Our earth was encased in an ugly semi-permafrost consisting of layers of snow, frozen rain, sleet and wet rain that had all melted together and re-frozen over a couple times. It was starting to take on a glassy appearance. Things were looking bleak. Honestly I had even begun to move on mentally. With no golf balls to hit, I tried hitting the gym harder. With no low scores to shoot for, I took to the pavement instead and actually worked on lowering my 3.5-mile times.

Then the weekend came and the whole world changed. Temps in the upper 60s made quick work of all the snowcover and suddenly it was time again to scramble for the good tee-times and grumble about slow play.


Saturday was all mild temperatures, calm winds and brilliant sunlight. The urge to play was strong, but I tied myself to the mast. I had to. As much as I wanted, nay--needed to get out there I knew better than to be on the course while the floodgates opened and all the you-know-what gushed out. Patience--now that the snow cover has melted, there would be opportunities beyond this weekend.

Sunday was even warmer. Of course since I am a kind of freak I would've preferred it about thirty degrees colder. Still, it was overcast, and there was a threat of some rain, plus the Jets were playing early--it just might work. 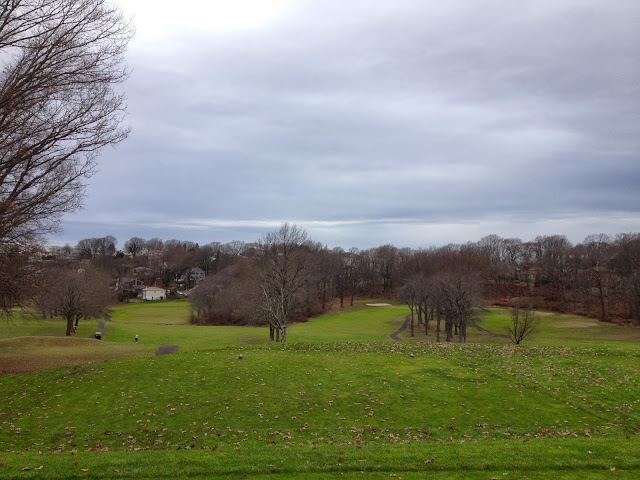 I snagged a choice tee-time deal at Silver Lake. When I got there though, it was strangely quiet, and soon I found out why. I went to the restroom and as I passed through Silver Lake's bar and restaurant, I overheard just about everyone talking about it. A couple hours earlier a man was playing with his adult son, suffered a stroke and checked out on the 2nd tee.

In the wake of something like this, how can you not feel anything but callous by carrying on with business as usual. But what else can you do? There is nothing. I comforted myself with the fact that at the very least the man had his son by his side. 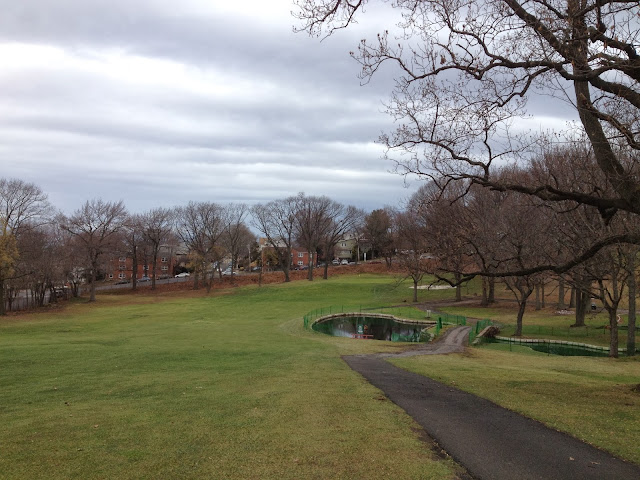 Once the round got rolling, it wasn't hard to enjoy myself. It was positively balmy; a few holes in and I was swinging free in my short sleeve polo. To my wonderment the ball was flying off the clubface. Unfortunately some of the chips and putts were launching off the face, too.

On a surprise winter reprieve like this though, and in light of what had happened earlier it was hard to be anything but grateful for all of it. 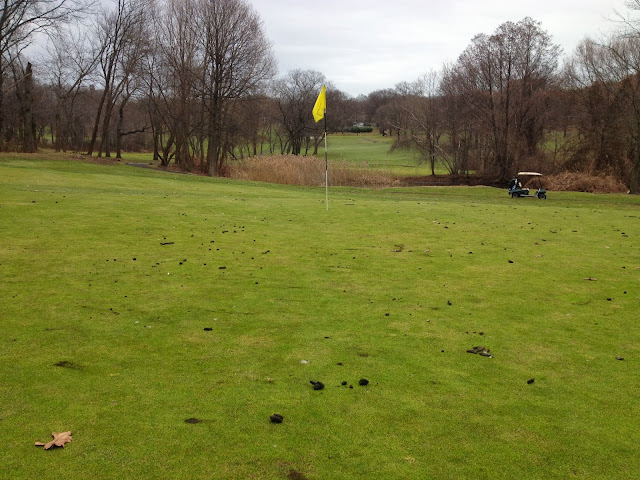 The greens looked pretty beat up, but when they weren't plastered with goose filth, they rolled surprisingly fast which is to say lots of three, four, five foot putts for par and bogey were faced. And missed obviously.

Somehow it's okay that I only shot 85, or that I only hit six greens. Because I felt like I swung it well, and launched some sweet-ass shots, and let's face it for the average hacker, that's what it's all about right? Bro?

Well, there is more to it than that, much more. Yeah so I got a little carried away. It's still about the numbers on the scorecard dammit. Aesthetic pleasures are what we cling to when our scores don't live up to expectations. You know it and I know it. 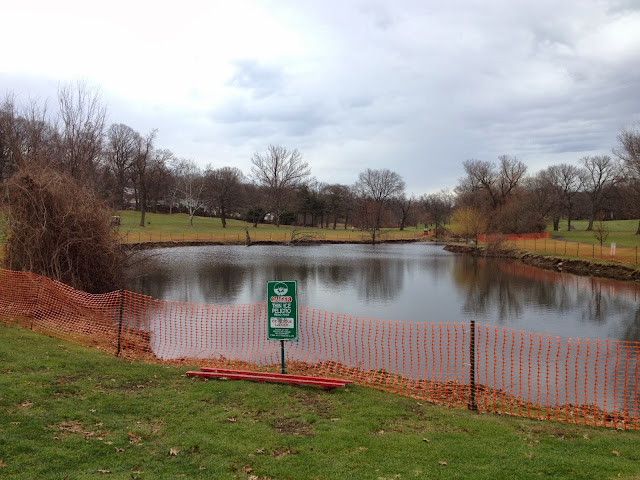 In any case it was eminently enjoyable. I mean think about it. One week ago I was fighting off seasonal affective disorder and chapped lips, and now look at me. I think my arms might've even picked up some suntan for God's sake.

A part of me's a little disappointed about not getting to play out my winter golf eleventh-hour doomsday scenario-slash-fantasy. I had even started practicing making golf swings in my big goose-down parka.

You know what, it'll probably end up happening at some point anyways.
Posted by Legitimate Golf at 9:37 PM