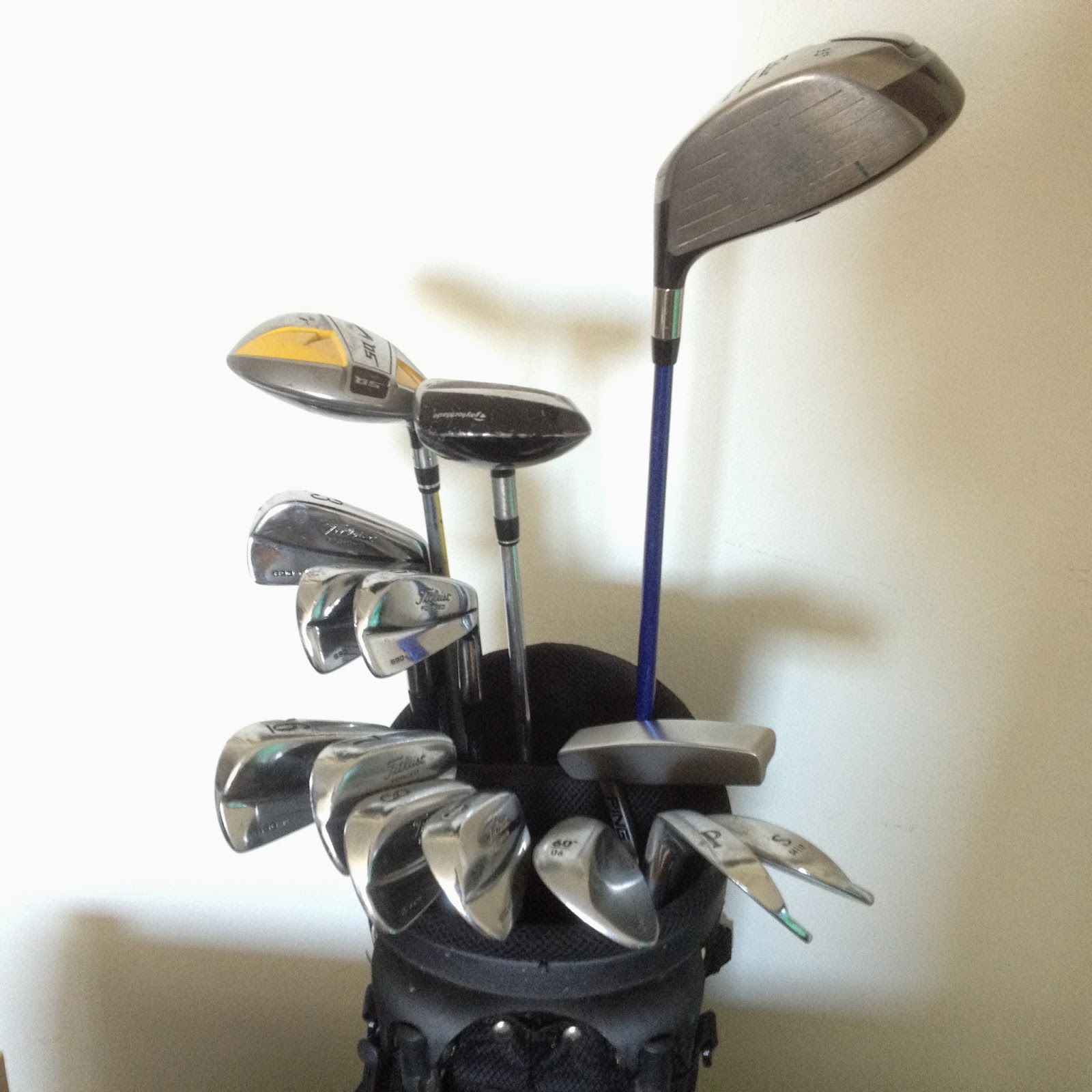 Here's what'll be in my bag for tomorrow's tournament:

Blah, blah, blah, it's all the same junk I play with every day basically. However I am making two humungous changes. My usual putter for the past couple years, a Ping Karsten Anser 2, hasn't been putting particularly well all of this year. I might have switched it out earlier had this year's United States Open not been won using the same model. 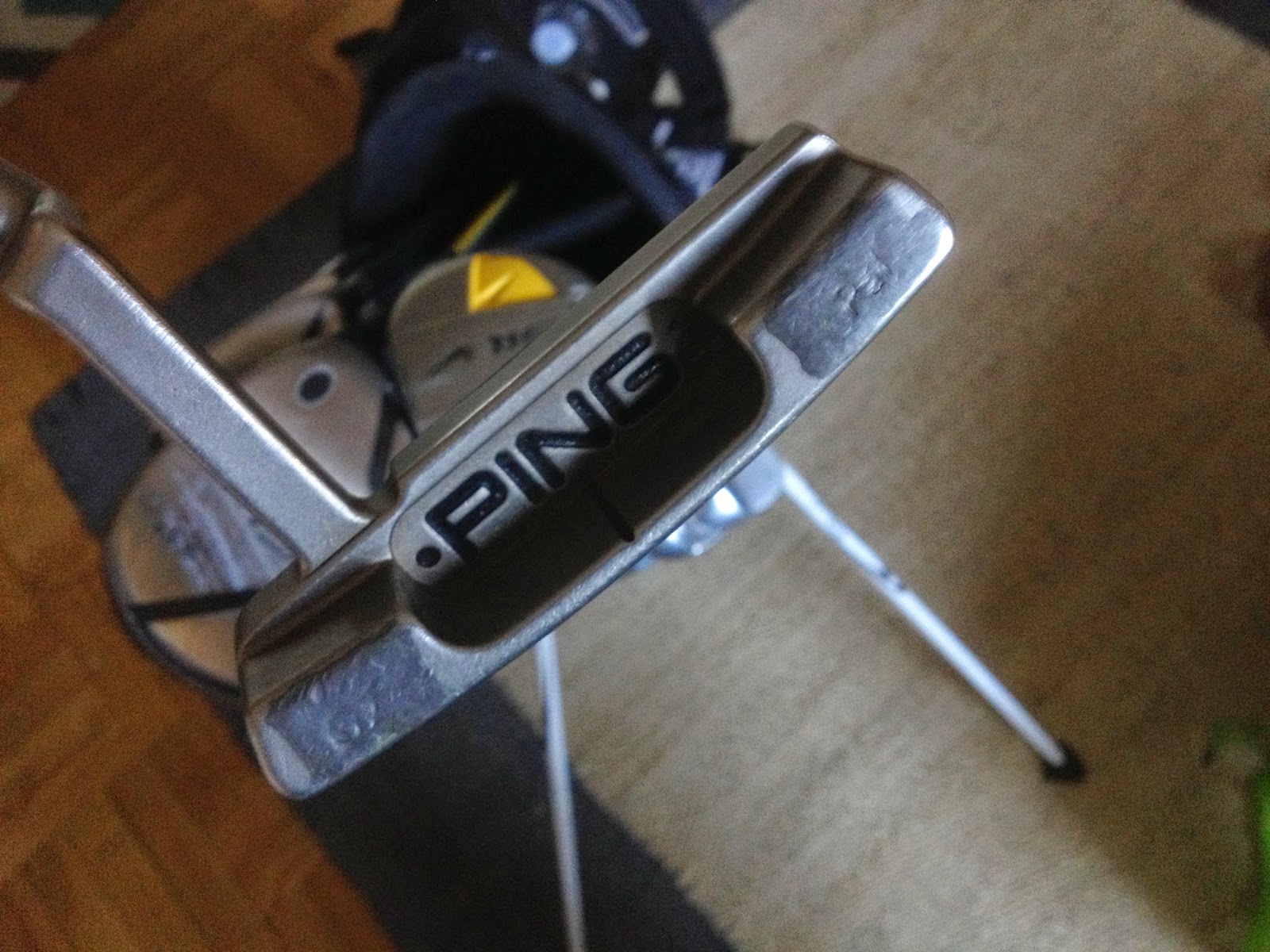 Of course to blame a club for poor performance would violate my whole belief system. There is obviously a mechanical/technique issue, i.e. I been sucking. But sometimes a gear change feels nice and can distract us from our own neuroses, and that can be the difference. So I've been messing around with my old Ping G2 Pal, which is a smaller variation on the classic perimeter-weighted Anser design. I used it for pitch and putt at Cedar Beach a few weeks ago, and again at Robert Moses, both times it felt good. I brought it to the big boy course last time out and it still felt good.

But, I have also been feverishly working on my setup and stroke on the hardwood floor of my breakfast nook so if I end up putting well tomorrow, I'll chalk it up mostly to that. Still, using that old putter reassures me. We have such a history together. Crazy putts were holed with it. Come to think of it, most of my lowest-ever rounds were shot with it. (Come to think of it, why did I even change in the first place?) 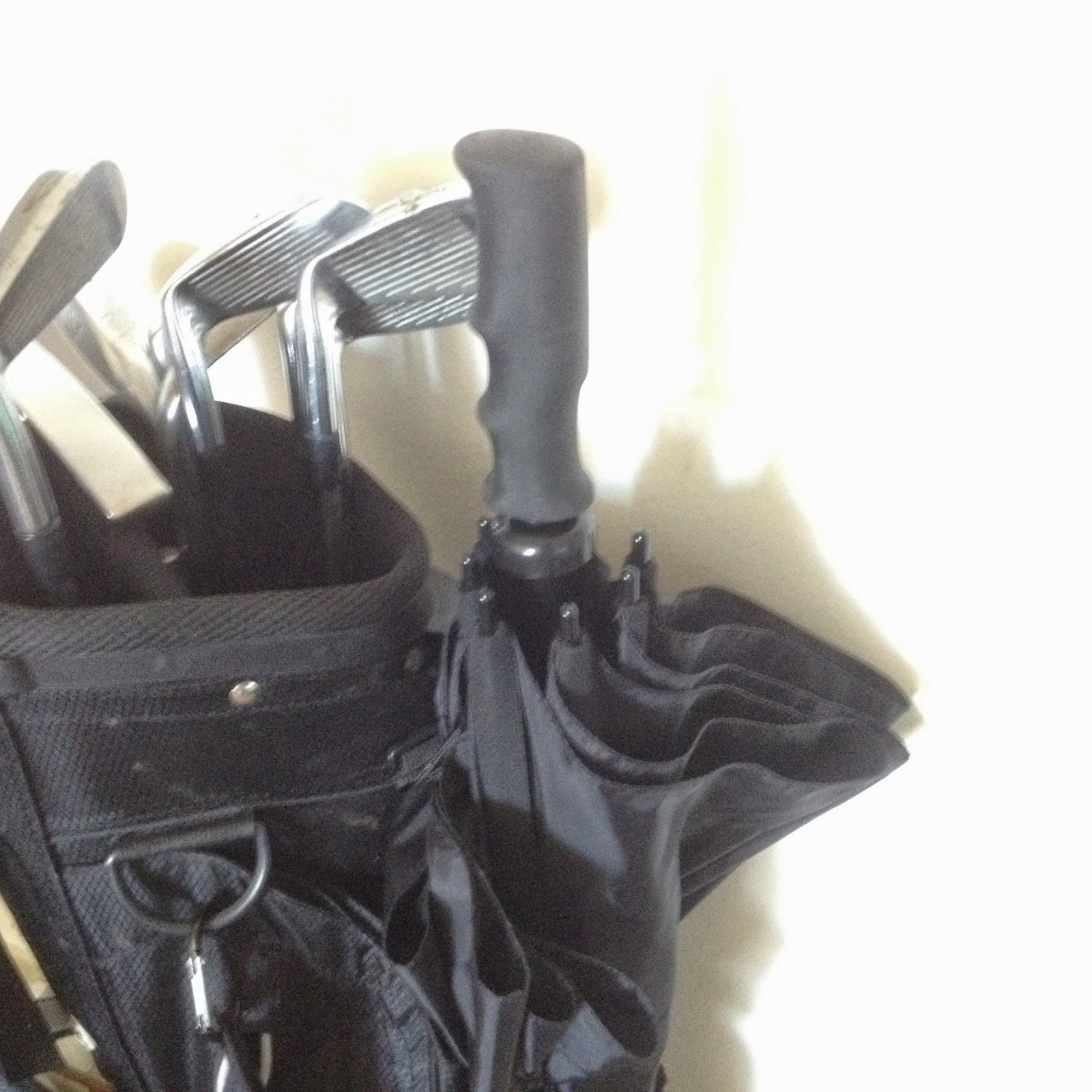 This is the other massive change in my bag setup. At last year's tournament, most rounds took six hours to complete and if anything I am expecting worse this year due to tougher conditions and more general misery on the greens. Have I mentioned it's going to be hot, or that there is practically no shade on this course? I am taking a cue from the sun-hating Asian lady golfers of the world and carrying my own shade. Everyone else will be sitting around getting cooked by UV rays, waiting for the fairway or the green to clear, whereas I will have it made in the shade. Suckas.
Posted by Legitimate Golf at 11:35 AM

Email ThisBlogThis!Share to TwitterShare to FacebookShare to Pinterest
Labels: 2014 Brooklyn Open, delirium has set in, gear talk, putters, what's in the bag