I have no interest whatsoever in any of the pre-Ryder Cup hype or the weeks-long buildup, but when the event actually begins I can't help but to watch with some interest.


It's hard for me to attach any kind of patriotic zeal to sporting events--I tend to watch with the disinterest of an extraterrestrial, coldly observing human behavior. Let's face it, the guys on the US team have more in common with the guys on the Europe team than they do with you, or me. But still, US vs. Europe is an interesting golf rivalry in that a clear pattern has emerged lately, in which the tormentor has become the tormented. Comeuppance, in a sporting context, is all in good fun.
Golf, it's essentially a European game, so there's no shame in losing to the originators. (Some American golf fan I am, right?) The Cup itself is starting to feel like a distinctly European event, for whatever reason and for the Americans, trying to ramp up enthusiasm for it seems like an uphill battle in 2014. 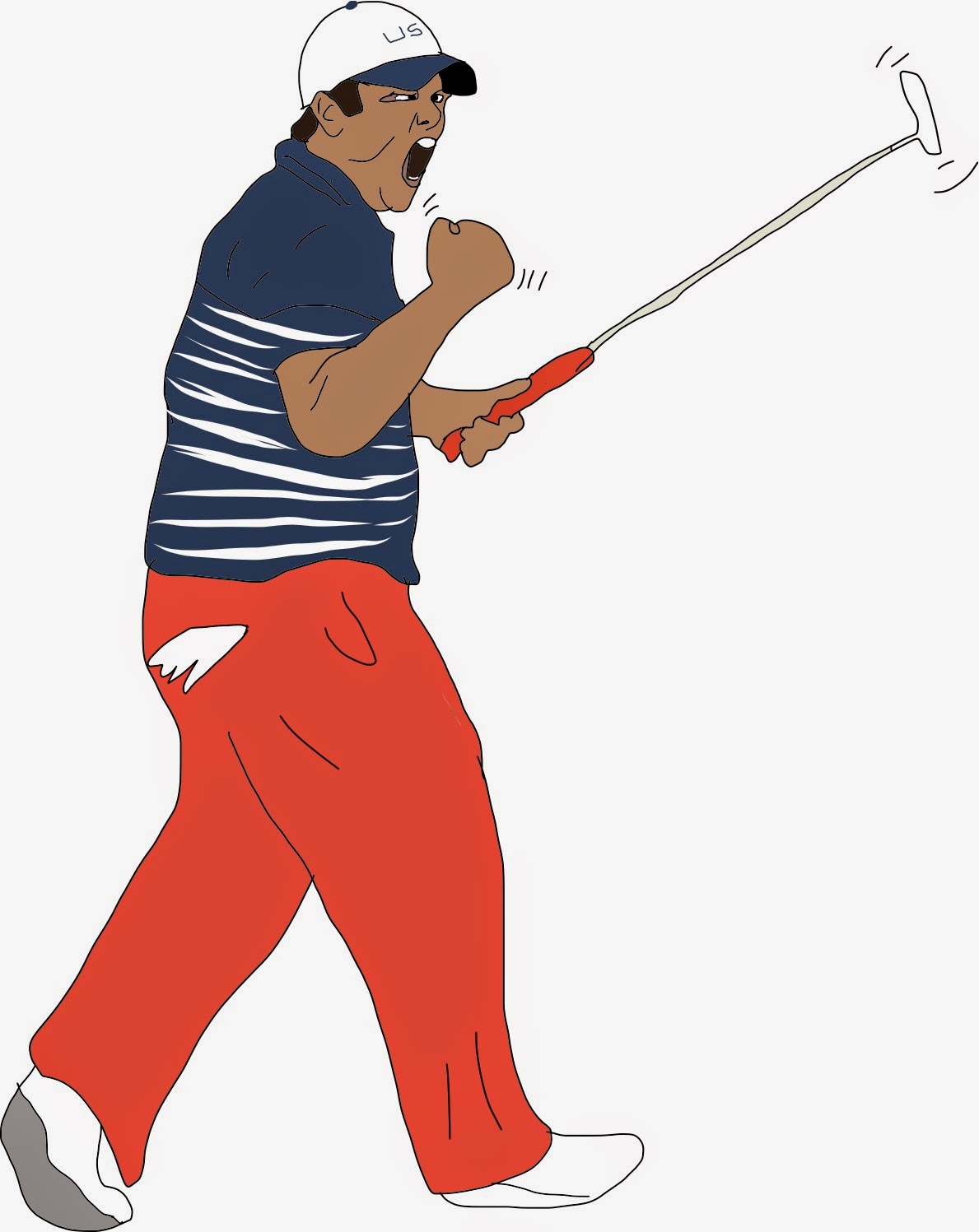 Reed was truly the one and only American to emerge from the event with reputation actually enhanced. From a team-leading 3-0-1 record to some spirited taunting of the home crowd, he seemed to stand alone in this event. I even think his crowd-baiting antics were received in good sporting fun by the Euro fans, especially considering that it was backed by solid play, and of course because Europe won. His play also had to win over some of the American fans who might have found him previously irritating, proving that rampant egomania and unseemly posturing, given the right receptacle, can produce winning results, and that despite the JV-looking physique, he is actually varsity material.

Neither winner nor loser

Spieth was the lone American to emerge from this with reputation neither hurt nor helped, on balance. He compiled a winning record, but to a golfing public already very familiar with him and his twenty-year-old potential by now, going 2-1-1 will probably be viewed as a minimally acceptable effort.

Watson. The poor old guy will probably be remembered as the captain who screwed it all up before the event even started, by failing to pick the one player who blazed across the PGA Tour finish line, winning the last two tournaments and the big global shipping corporation Cup--over the last few weeks,  clearly the best golfer in the world with American passport. And then as the captain who, during the Ryder Cup sat the two players who turned out to be the team's strongest and most up for the challenge.

Personally I wouldn't blame Tom Watson. First because who cares, and second, trying to predict the outcome of any golf matchup between top pro's is always--always--a gamble and sometimes a person rolls snake eyes, more than once. It happens. Boo hoo, the man still has million dollar endorsement deals, multiple major trophies and Hall of Fame membership. He will find a way to pick up the pieces of his life and move on I am guessing. 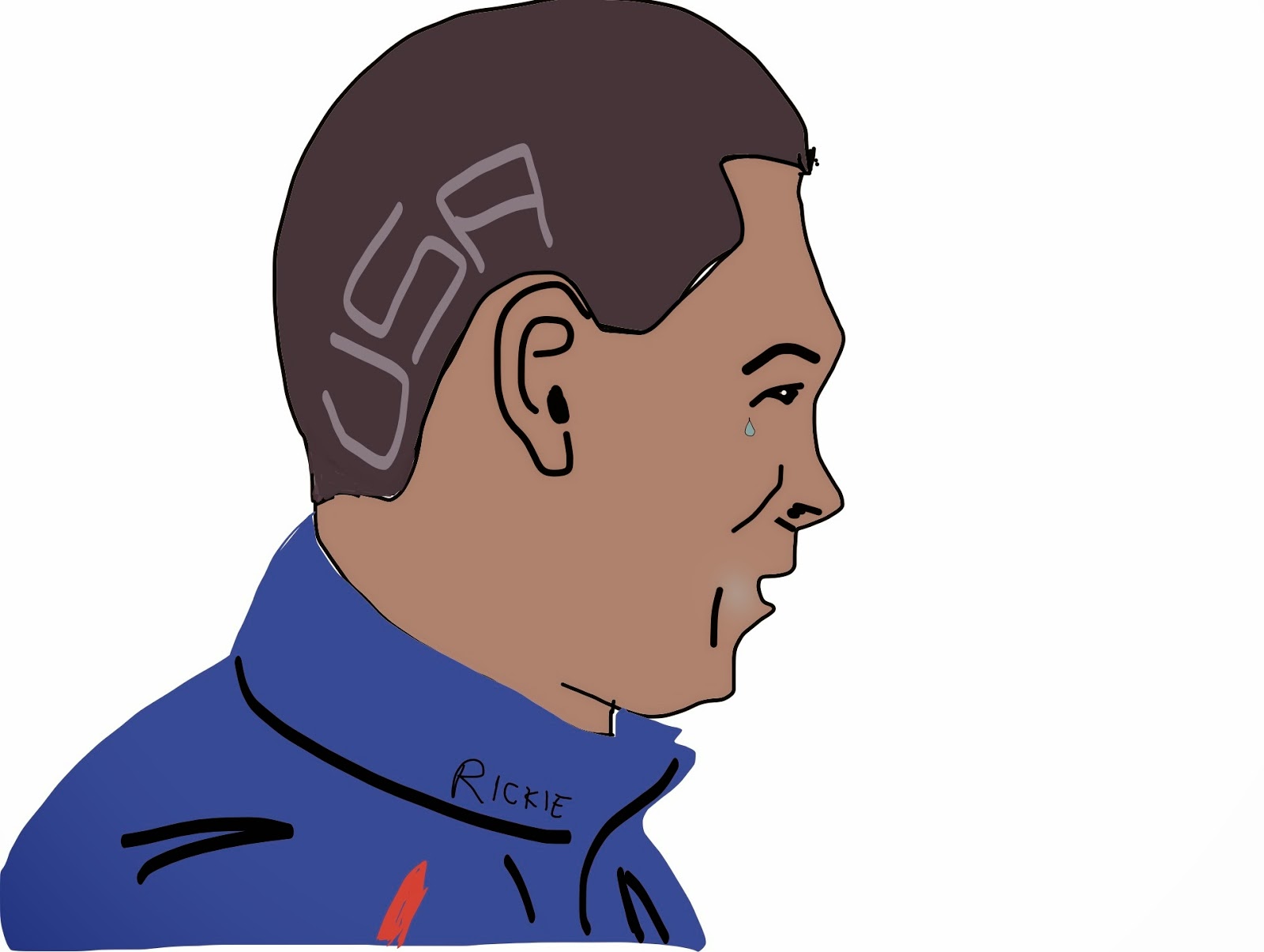 A full 75% of the US squad's reputations got roughed up this weekend. Whether this is fair or not is unclear--as they're professional golfers and lovers of competition, you have to assume they are just as interested in winning as Europeans and gave their all in the attempt--they're just somehow overmatched in this event. But Rickie, now having competed in eight Ryder Cup matches, still has not won a single one despite a noble attempt to shave his enthusiasm into the side of his head. While the guy operates under vastly different expectations than the other 99.9% of golf pros, this one is going to sting a little. Mahan, already known as the crying, chip-chunking Ryder Cup goat of 2010, surrendered the last hole of his singles match with an indifferent, unconfident attempt at a greenside up-and-down, then reflected afterwards that "it is what it is" and that he was "happy with the way [he] played." Jim Furyk took an unimpressive career Cup record and made it even bigger and more unimpressive. And so on.

Philly Boy, despite some strong play and being the only other American with a decent record over the long weekend, also suffered a reputation hit as a result of what he said in the pressroom afterwards. If this was a few years ago I would've probably wanted to join in the lynch mob on account of those poor sport, prima donna recriminations. But I am older and wiser now and I think I understand people better--these are merely the snipings of a jet-lagged traveler, in need of rest and crabby at the end of a long week of glad-handing and acting patriotic and full of teen spirit. Once he's had a hot meal from his personal chef and a good night's rest back in his own bed, the dude will probably look back those post-round comments with some regret, I am guessing. Even the class act-iest of class acts has off-days.

Perhaps the European domination of this event in this millennium reflects an elusive, not-wholly-explainable aspect of playing good golf. Somehow they are better at hanging out and tapping into good collective vibes, and this seems to have a positive effect on their motor skills. They do seem much more comfortable with each other than our guys do--you don't hear about them ever bellyaching over partnerships and who's willing to play with who and what not. They are comfortable touching one other's butts in an affectionate, non-ironic way. (Actually I don't remember seeing any of that on the American side--symptom or cause, you decide.)

But speaking about losing, we can't feel bad for the U.S. team. We just can't. Let's not get stupid here. They got a free expenses-paid trip to Europe, were treated better than visiting dignitaries, got to play a bunch of golf on a world-class course, given comp'ed meals (don't know this for sure, only guessing here) and most likely an assload of really cool official Ryder Cup shwag. Meanwhile we sat on our couches watching a mind-numbing, painfully golf-unsavvy NBC broadcast that consisted mostly of commercials. So shoddy a broadcast, it felt like the network was actually daring you to tune out. Looking back I truly wish I had. I could've just checked out the highlights of this stupid thing and been just as well off. So I ask you, who were the real losers here?
Posted by Legitimate Golf at 7:56 AM