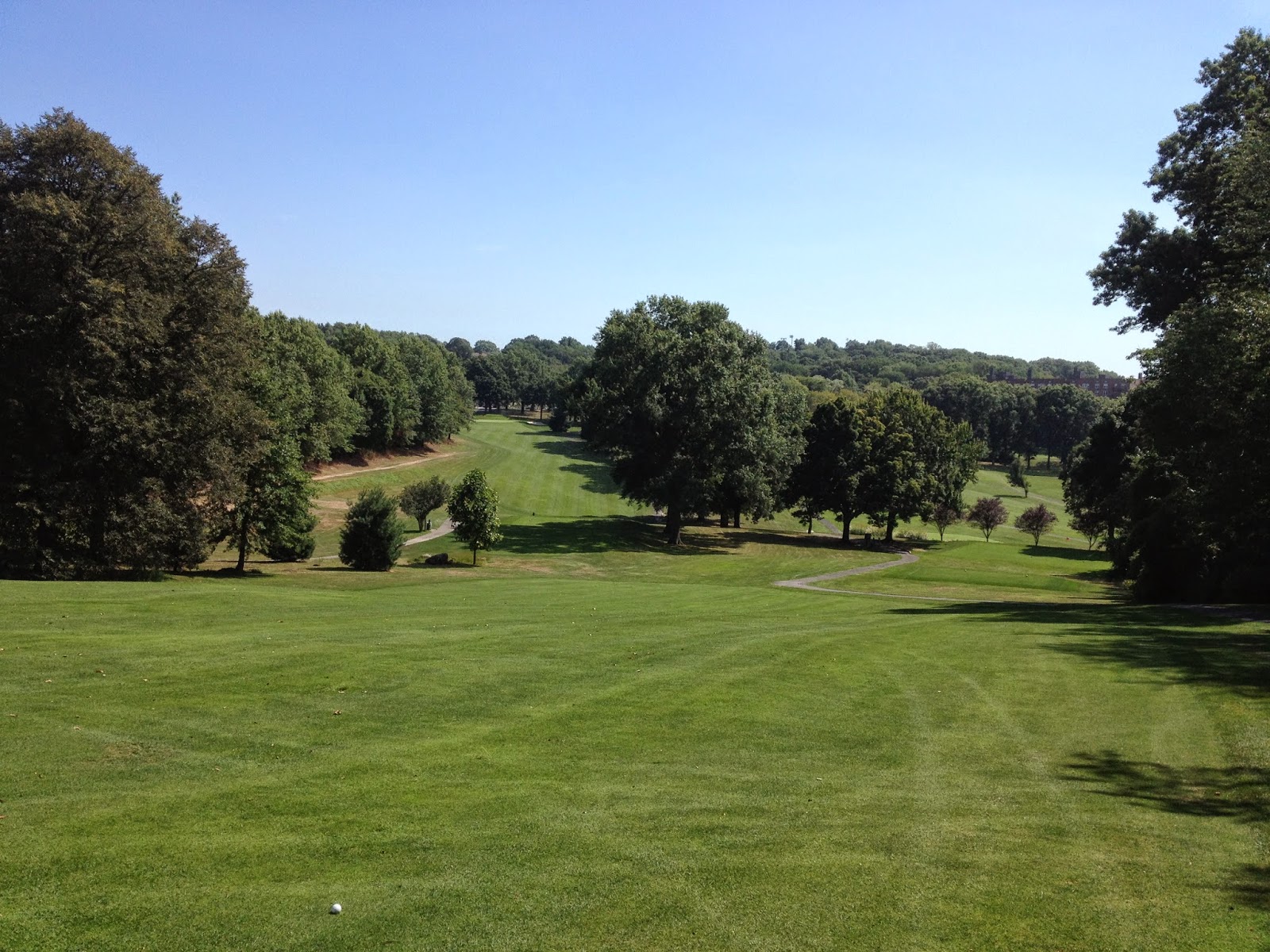 I am now in full longing for cooler weather and all the goodness it brings to golf courses everywhere. I now daydream about beanie hats and long sleeves; about saying "F off" to the sunscreen, bermuda shorts, all the thrice-a-year golfers that gum up the works during peak season.

Still, we are talking about clinical addiction here. As much I'd like to blow the whole thing off until around October, needs must be met. So it's back to Silver Lake. 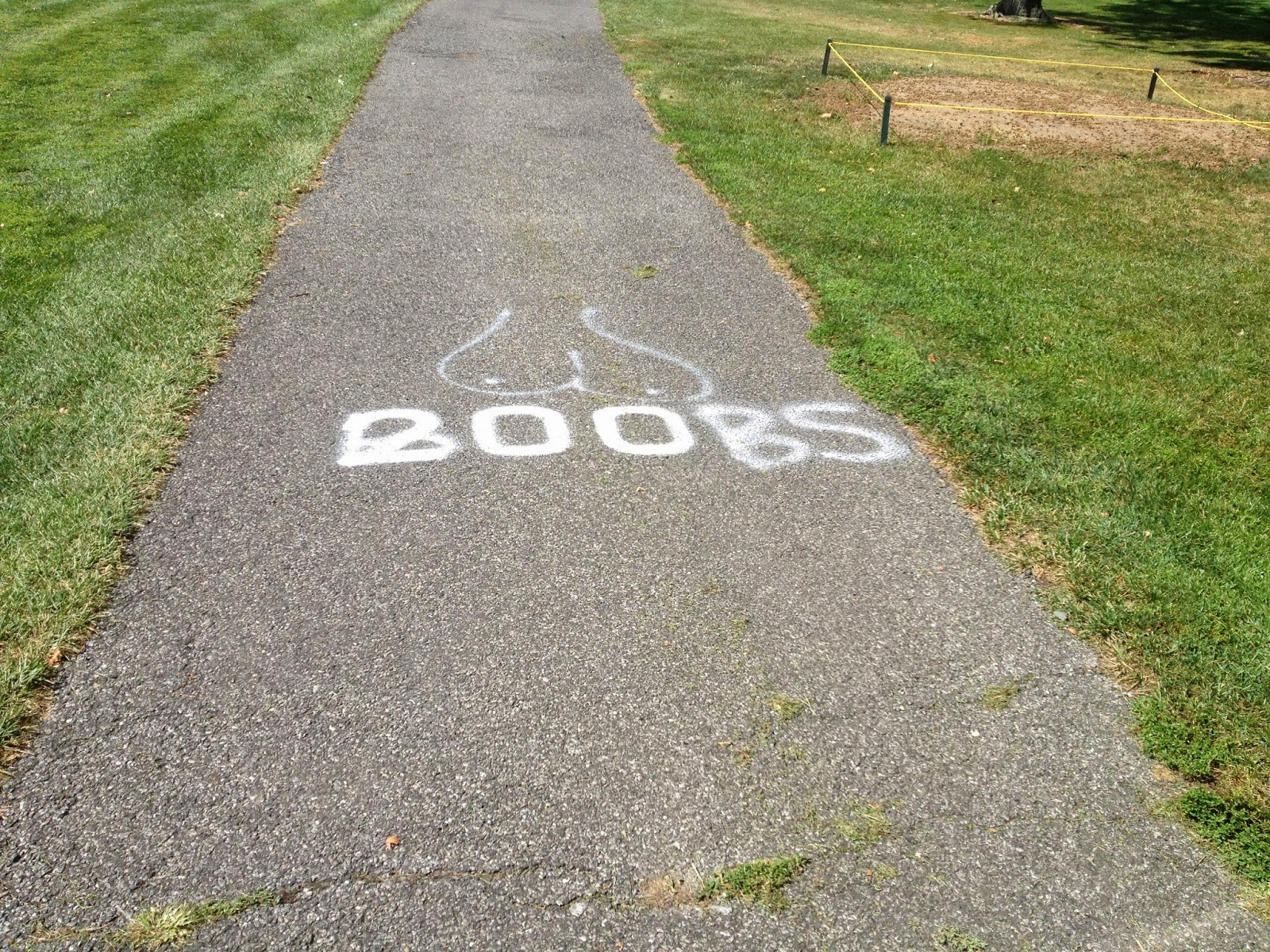 If you read this blog on the regular it's probably pretty obvious--this course is growing on me. It is challenging enough (more on that later). The greens roll fairly true. It is operated by some local people who genuinely care. Silver Lake's head honcho can regularly be seen out on the course doing heavy lifting, moving dirt around. And unlike at Dyker Beach which at it's worst feels kind of like Times Square with people of all colors streaming in from all over the globe, there is a more neighborhoody feel here.


On the front nine, for the first time in a long time I got to play in solitude and it was everything I hoped it could be. No matter that I was behind an elderly four-ball, it was such a joy to be able to play in complete silence for a change. To keep pace I took my time over everything, dawdling whenever possible. I sat in the cart between shots and browsed internet. It was magnificent. On the ninth tee while I waited a marshall drove up, said Hi and sort of apologized for the pace. "No complaints here!" I actually said that--believe it.

On the back nine, things got a bit backed up and I was joined by the single who was playing behind me. This guy, I had seen him hit a shot back on the 7th hole, which at about 15 yards deep perched on a hilltop, blind to the fairway, with false front, false back, false sides, etc. is one of the diciest approaches you will find anywhere. Effectively you have about eight yards worth of green depth to work with, and the lone shot I see this guy hit, he flips a little wedge to the center of the green like nothing. 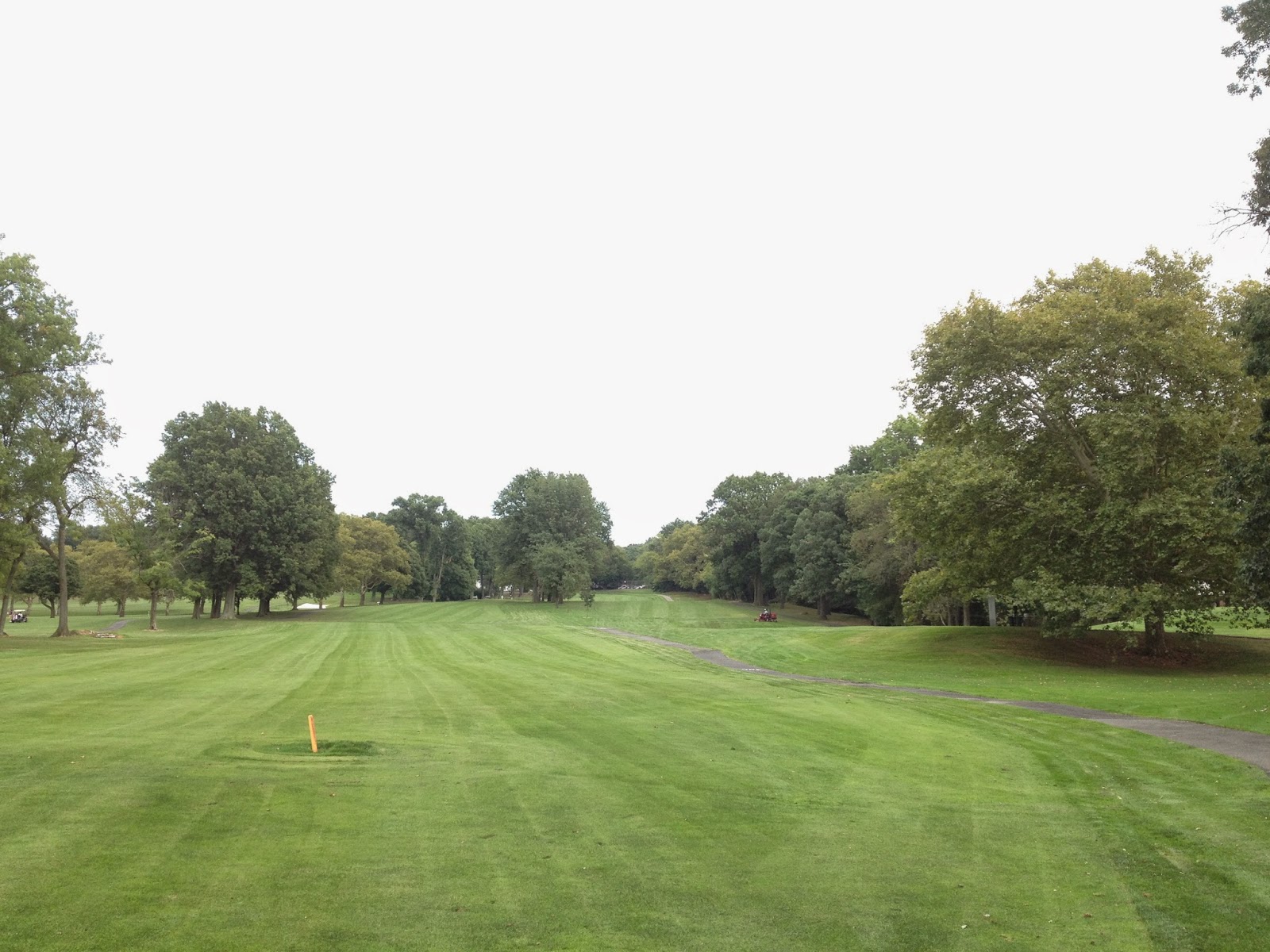 When he joined me on the tenth tee I was like, "Oh great now I have to play with this dude who's going to make me feel lousy about my game." But then I lashed a drawing 3-wood to a perfect spot on the left fairway. He went on to make a huge mess of the hole. Apparently he was the one who got rattled by this pairing. It took a couple of holes for me to fully realize that he was actually pretty hacky at golf. I happened to see him hit that one perfect approach back on the 7th, and based on that I decided that he was awesome at it. Just goes to show. I wonder how often this sort of nonsense happens. 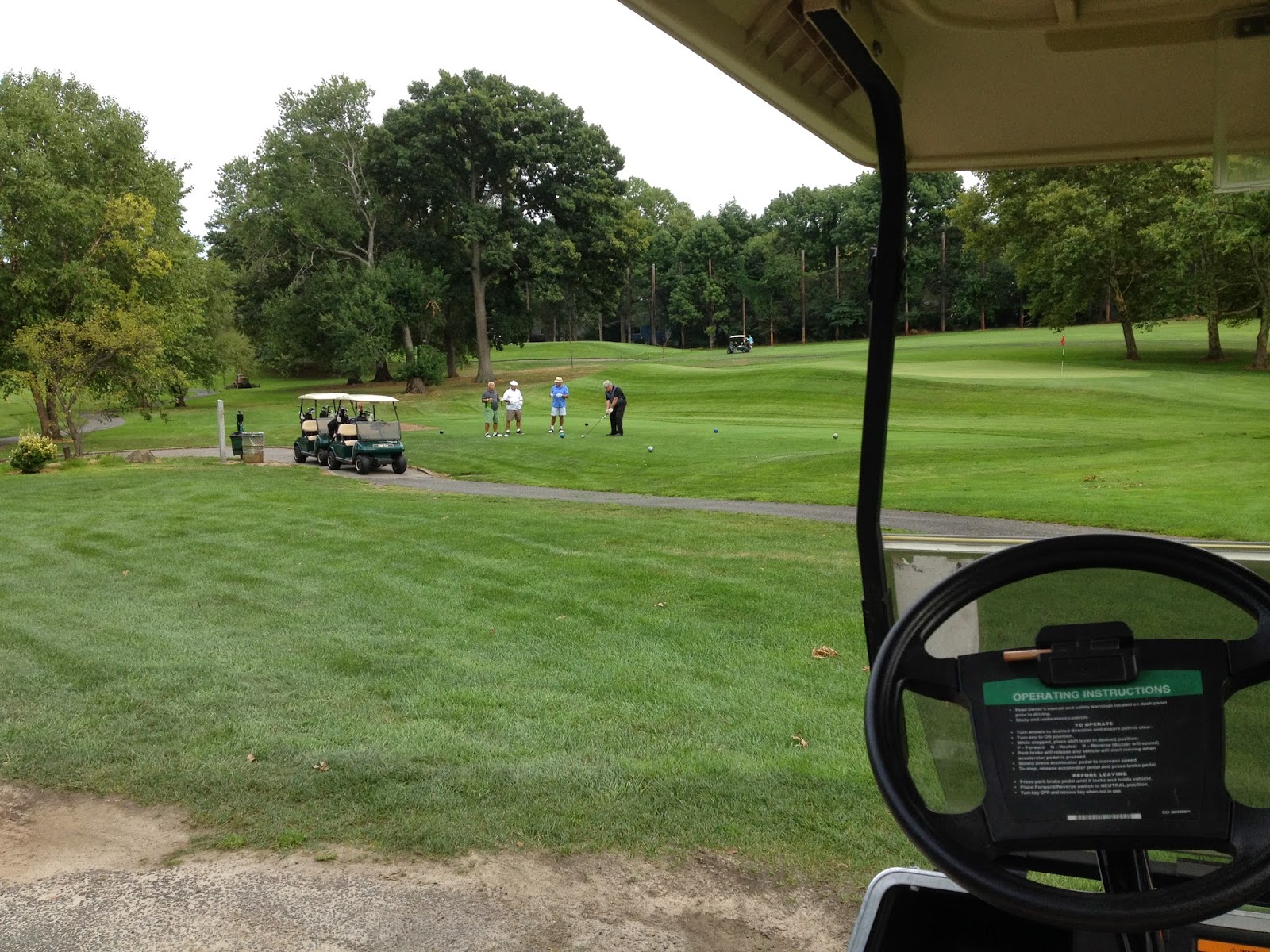 I shot 39 on the front in spite of a triple bogey on #9. This was a good chance for me to break 80 for the first time at Silver Lake. But as I said before, this course is not without its challenges, especially down the stretch. The last few holes are both challenging and perilous. Needing two closing pars for a 79, I went OB off the tee on 17, then took four strokes to hole out from the greenside rough on 18. Six strokes over par on two holes to finish at 84. Dammit. I believe I can pull this off eventually, but most likely it will not come without a fight.
Posted by Legitimate Golf at 2:32 PM