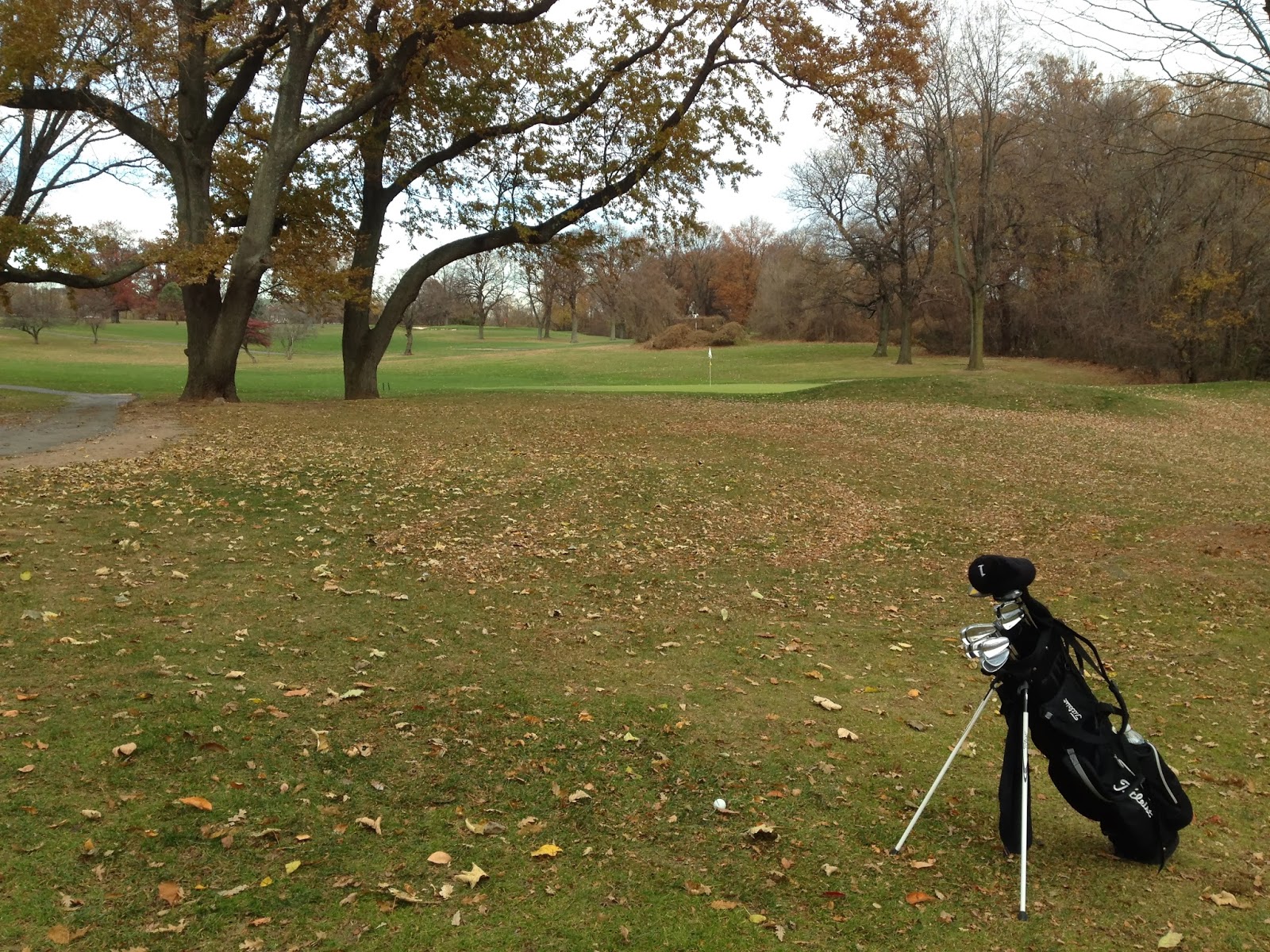 It's time now to look back on the year that was 2013. The popular or media-savvy thing might be to get retrospective in the last weeks of December, but my thing is, why not let the year play out entirely, then make our piddling assessments of what went down, through the clarifying lens of hindsight? is what I say. Also I was just busy. 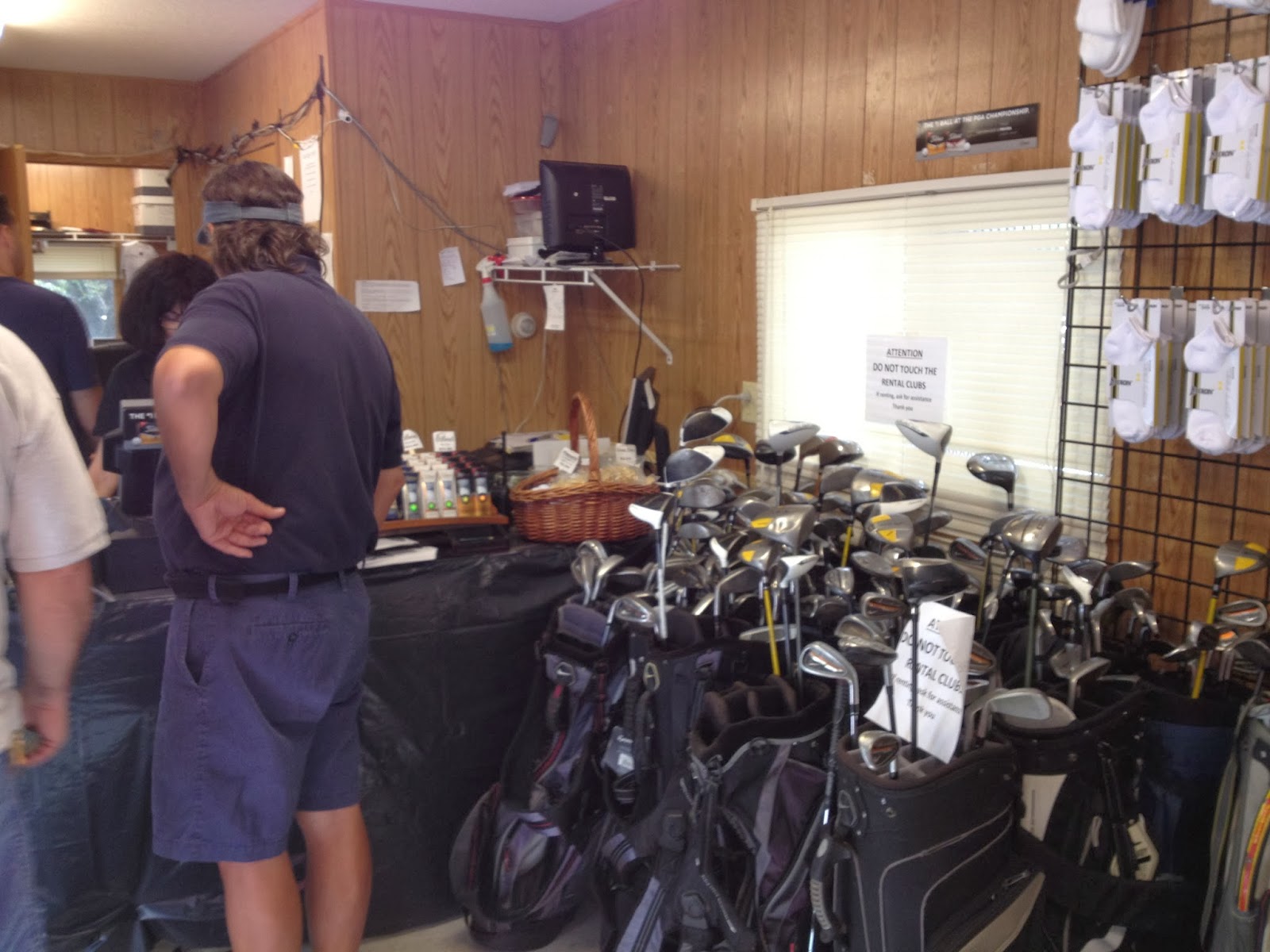 Creep(s) of the Year: There were lots of creeps in places high and low, but I'm going local with this one-- the two middle-aged weed-toking doormats from that one time I went up to Van Cortlandt in the Bronx. Looking back I can see the amusement in it all, but I can also remember those two causing me quite a bit of stress that day. 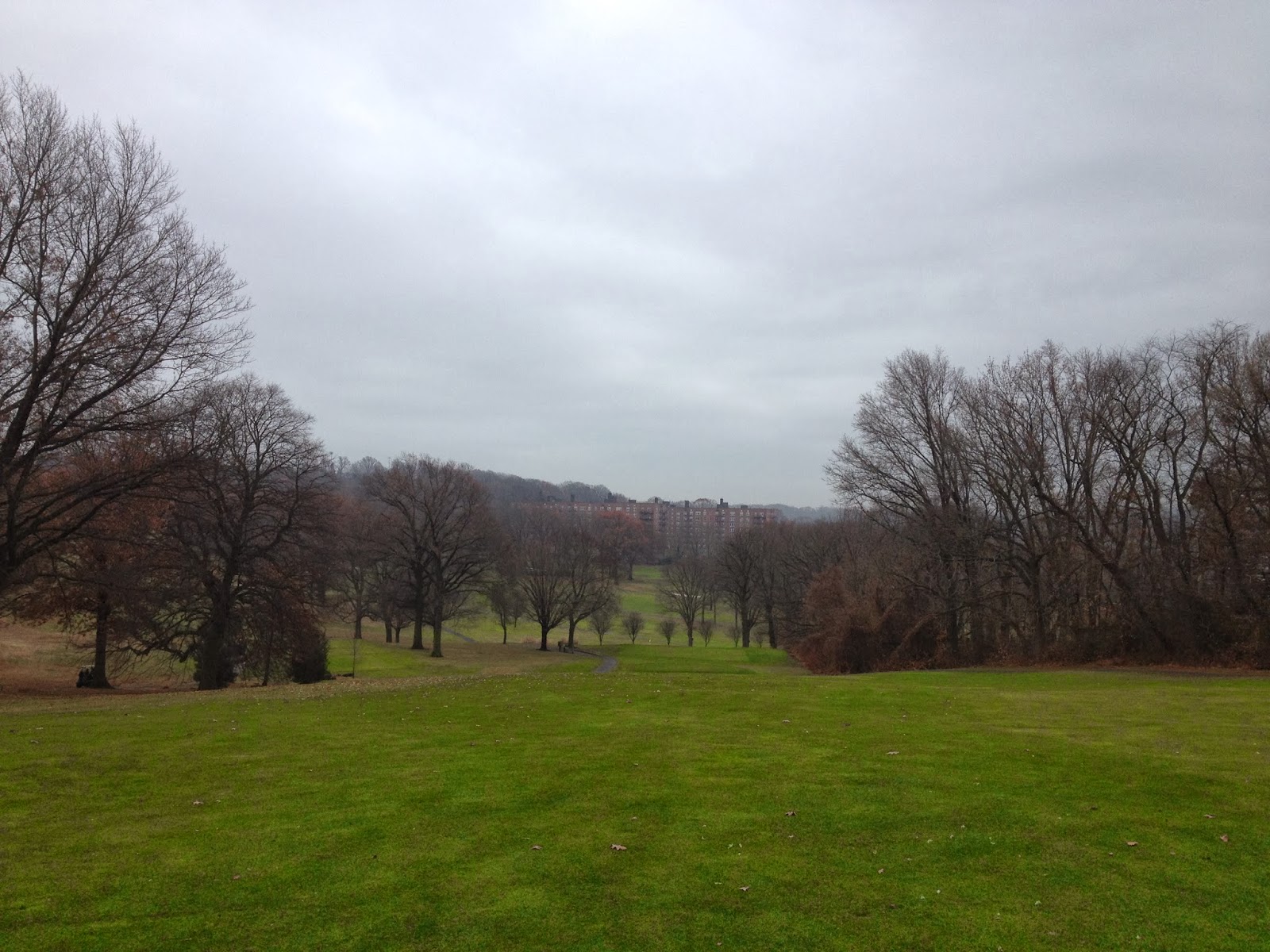 Favorite Legitimate Golf New York City Golf Tour Stop: Silver Lake Golf Course, "the workingman's country club". A random conversation with some stranger at a bus stop across from Marine Park gave me the idea to take the ferry ride over to play golf here--according to him it was a really quick and easy trip from Manhattan. Being the super-selective person that I am, I took this complete stranger's word for it.

After years of trying to pretend like Staten Island didn't exist I tried it finally and you know what, the guy was more or less right. The trip was not too bad; the ferry ride was an unexpected bonus. The course itself was short yet full-bodied and satisfying enough. So I went back. I found some insane tee-time deals, and went back some more. Like every other NYC course, it's not without some goofs-there's a shortage of greenside bunkers here which is kind of noticeable. But it's got a lot else going for it--a nice variety of looks from the tee and into greens, some truly challenging holes, scheduled pin placing, and good conditioning tee to green. Let's not get all carried away however--this is hardly the solution to all my golf problems. I'll be back, at least. I know, some award this turned out to be. 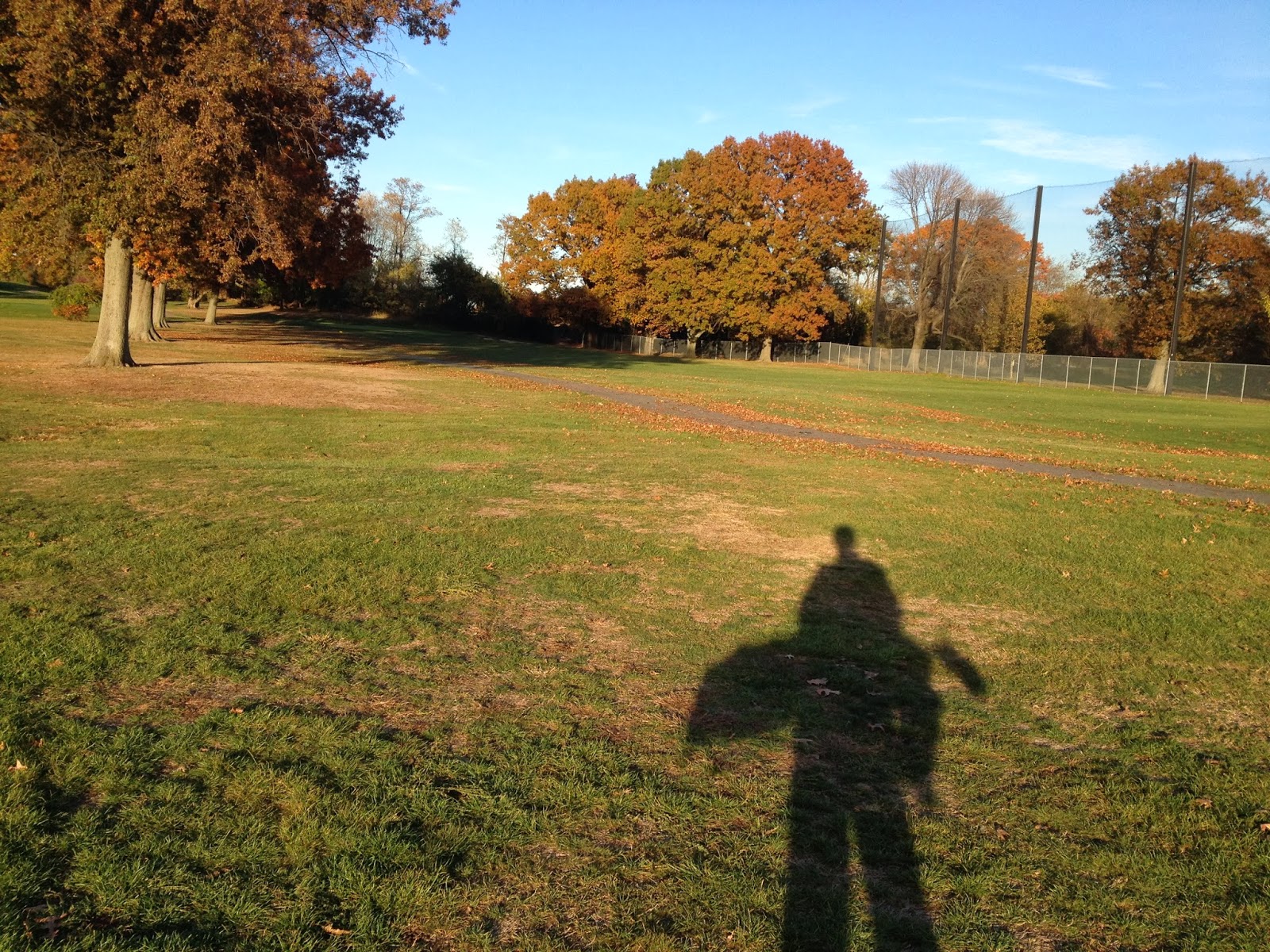 Golfer of the Year: Myself. I'm giving myself this award not in the name of self-aggrandizement, not to commend whatever feats I might have pulled off this year. (What feats anyway? My handicap blew (up) in 2013.) But rather consider this one of those bullshit politically-motivated awards, in this case one that makes the statement that whoever you are, if you play this on the regular, your favorite golfer ought to be, wait for it... yourself. It's great to watch pro golfers do their thing, but ultimately to us what they do amounts to little more than an entertaining diversion. All the stuff happens in between our first tee shot and last putt on 18, that is our golf life, the meat of our golf existence, the only thing in this golf universe that we can rightly call our own. Thank you. 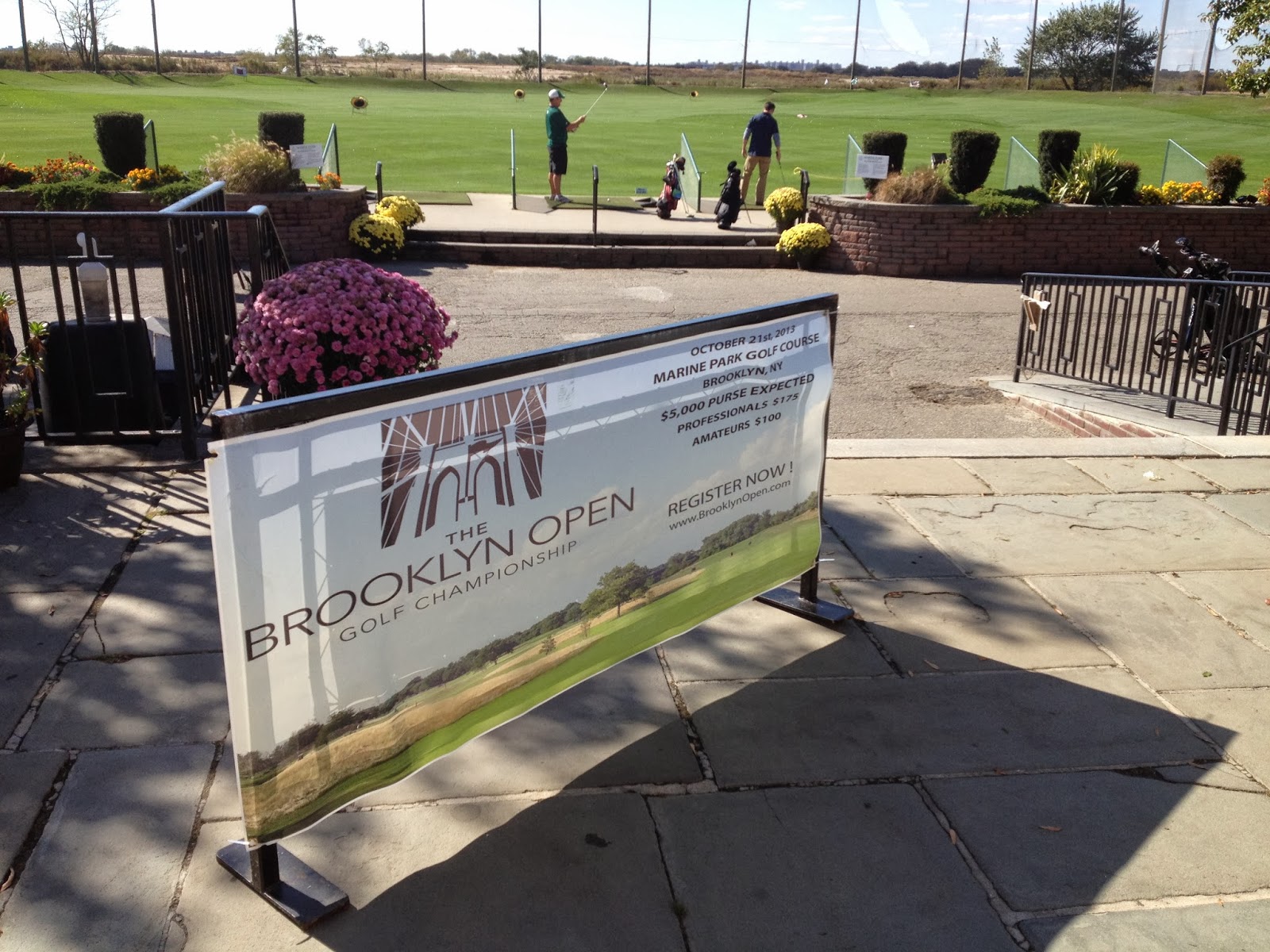 Tournament of the Year: The inaugural Brooklyn Open held at Marine Park GC. Again, some personal bias at play here as I participated in it. But even I hadn't, even just as someone who plays a lot of golf in Brooklyn I'm glad to see this lousy borough, or any borough finally get its own namesake golf tournament. In our provincial little golf world up here where nothing much exciting happens, this was a pretty big deal.

For my part, it was pretty fun. My intro to straight-up stroke-play tournament golf might not have been as life-changing as I had been led to believe, but I enjoyed the whole thing and despite some slow play problems, tourney director Rich McDonough and his staff did a really nice job managing it all. Looking forward to next year's.

Pro Tournament of the Year: I'm giving a lukewarm nod to the Players Championship, if only because it was this event that gave birth to an ugly, protracted saga that culminated in Sergio Garcia blurting out an offhand racial remark, which then sent the media into a frenzy, which then touched off an uncomfortable and ultimately pointless public debate. I guess I am just sadistic like that. Sorry. Again, some award, huh. 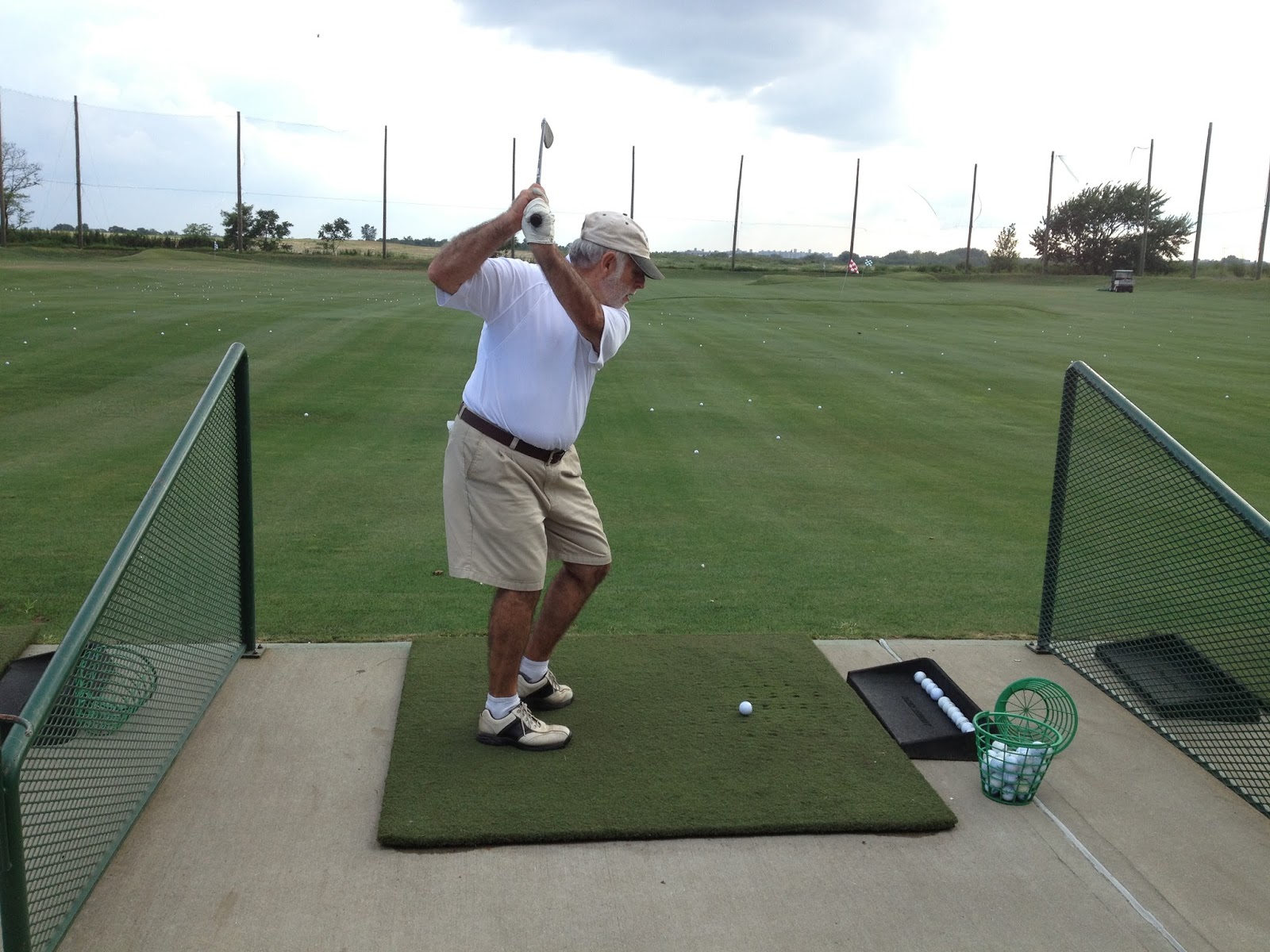 Best Celebrity Endorsement of Legitimategolf.com: (tie) Frankly it was slim pickings in this category, so we're going go ahead and recognize two mildly enthusiastic acknowledgements of what we're doing here. The first came from smoked fish kingpin, New York Times bestselling author and Brooklyn golf regular Mark Russ Federman, who graciously wrote "Nice blog! You can write[.]" He may not be a household name out there in broad 'Merica, but he and his family's hundred-year old "Russ & Daughters" shop are part of the culinary elite of the city and therefore, the world.

More recently I was thrilled to hear from Ric Parnell, drummer and pivotal cast member in one of the greatest comedies in the history of cinema, This Is Spinal Tap. Ric, or "Mick Shrimpton" as he's known to millions of Tap fans described the site as "very kewl" and was nice enough to answer some of my dopey questions pertaining to golf, life, rock and roll. Most people probably wouldn't know between a Ric Parnell and say, a Ricky Fataar, but to those do, hey, it's a pretty big deal. 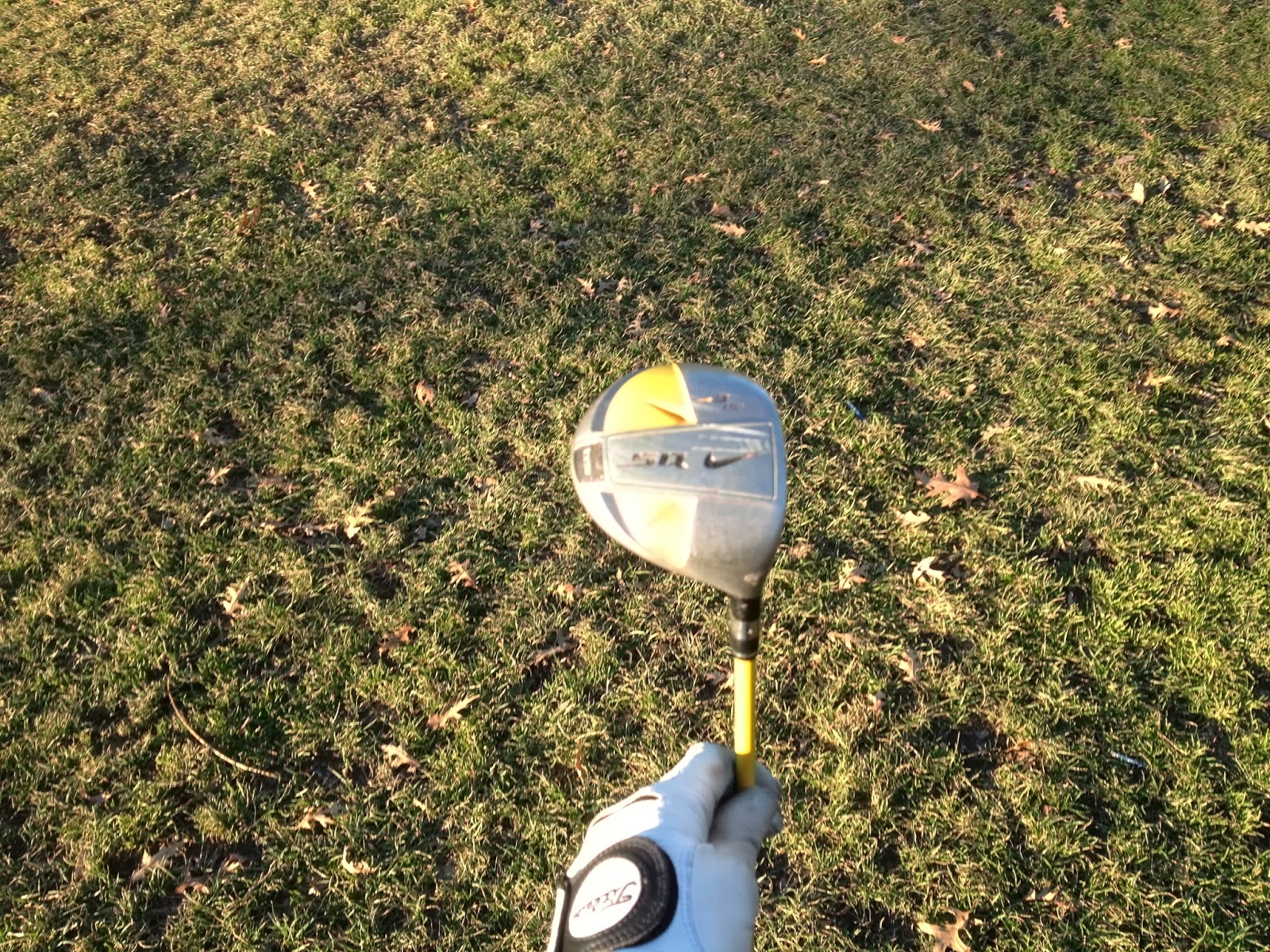 Golf Club of the Year: This wasn't even close--it's my Nike SQ II 15° 3-wood with stock shaft. It's fair to call it a piece of crap. The crown's all messed up with scratches and scuffs from thousands of mishits; any gloss from the original paint finish is long gone; it was cast in a whole different age, back when Tiger Woods was generally regarded as a model of virtue and not vice, when a "moveable weight" probably meant your club was broken. Thus it now has a resale value of about seven bucks. I don't even treat it very nice. Disclosure: it hasn't seen the inside of a headcover for most of its lifetime.

Yet it is one of the most trusted clubs in my bag. What do looks matter if a club can deliver the goods? Actually, the club that looks like hell and plays great is kind of cooler, let's face it. Any dweeb can carry around clubs with off-the-rack good looks. But a beat-up stick that's racked up countless great shots has something even better--mojo. Suck it. 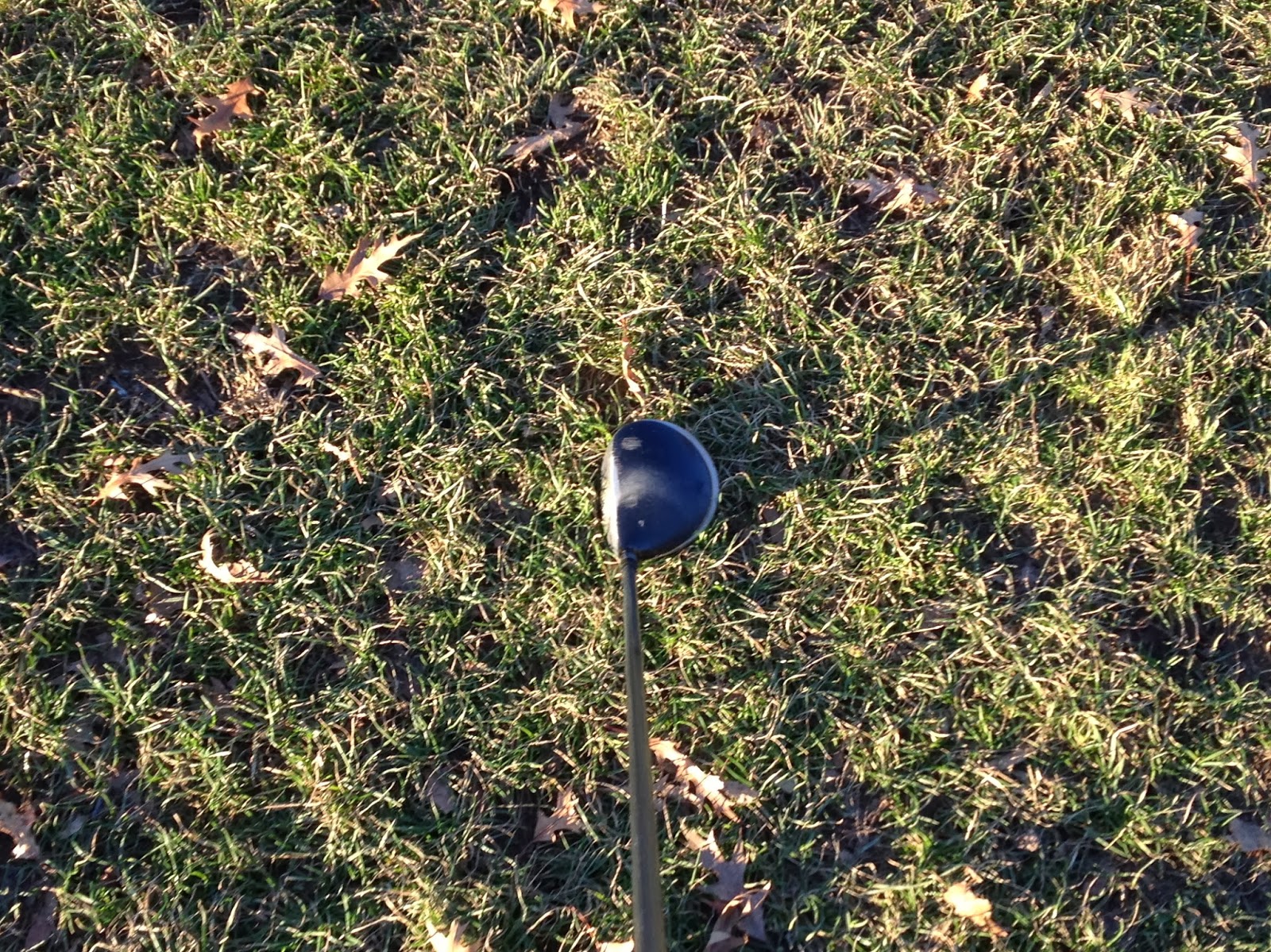 Seriously, whenever I find myself at some weird unfamiliar course, maybe my swing's not working so well, I like to lean on this 3-wood. It's seen me through lots of tight troublesome holes and I generally don't miss off the planet with it. Long as I make some kind of face contact, this club will produce a serviceable shot. (I like the slightly thin hits the best.) When I catch one flush, it produces a big bountiful hit. I know there's lots of cool new idiot-proof fairway woods out there, which come in a variety of gay, sporty finishes, but why shouldn't I just keep on playing this old spoon until the face caves in?

Best New Golf-related Website of 2013: For me the most interesting new site of the year was without a doubt Legitimategolf.com. It's unfortunate that this award will inevitably be met with suspicions of bias and favoritism but hey, whatever. If there's one thing this site's all about, it's being frank or else not saying anything at all and I can frankly say that this website has been really interesting to me, more so than any other in 2013. I like the photos--so colorful. Gritty, at times. The urban ghetto golf experience, shot from street level... where else can you get that? The answer is nowhere. I like reading the comments, which are occasionally amusing, and insightful. Most of all it's good to know there's places on the internet for the people who are hardcore about the playing of golf. All at a handy, easy to remember URL.

There you have it. The year in Legitimategolf. Even though it was only a half year, some memorable moments packed in there, I think.
Posted by Legitimate Golf at 10:21 PM