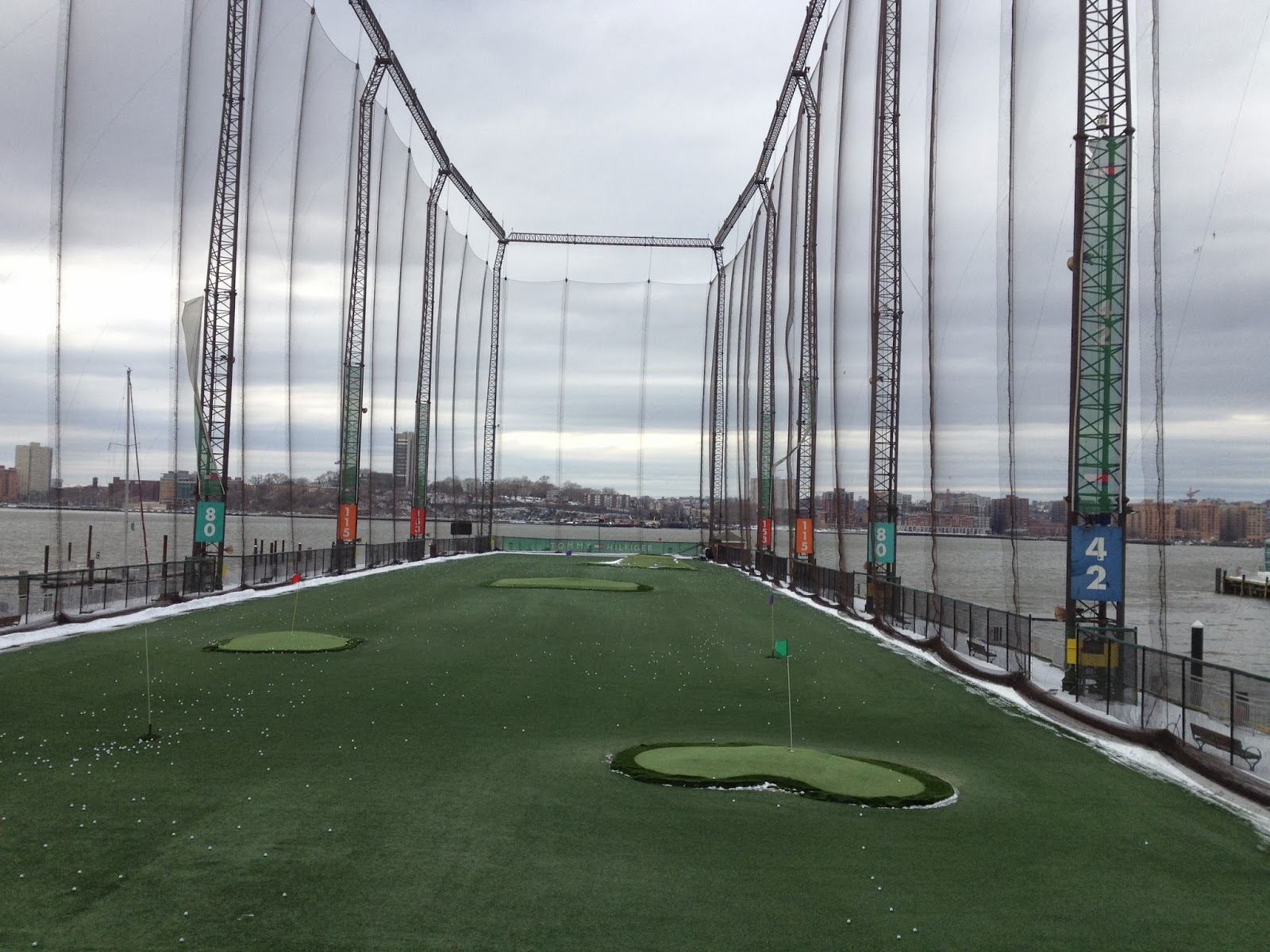 In normal circumstances the practice range is somewhere I go only when I feel it's truly necessary, like if I'm trying to make some sort of revolutionary swing change, have to re-learn to hit a ball and need the repetition. Not a fun, recreation activity. Some people might enjoy it; to me the driving range has about as much to do with actual golf as a drive-thru carwash does to actual driving.


It'd been about a week since I last putted out on an 18th hole. Measured in days, it shouldn't seem that long. It's a normal layoff. Doesn't matter. With so much of the world now encased in ice and set upon by Arctic temperatures, golf feels like something out of a past era.

Finally the obvious occurred to me. Why not just go to the range, bash some balls? Let it out. Rev up some more good swings like you'd been doing before the deep freeze set in. Bang some drivers out into the back net, you'll feel better.

I hadn't set foot here since prior to playing the Brooklyn Open back in October. Looking back, I guess I had righted the swing enough to where I started to feel good out on the course, and after that put enough winter golf on my plate that I pretty much forgot this place existed.

Even with the free heat, it still can get mighty cold out here, exposed on the bank of the Hudson river and all. It was kind of hard to feel the arms, the hands, the clubface. But I made some nice hits into the wind. Experimented a little with ball position, worked a little on this and that. 8-iron, 5-iron, 1-wood. It felt good, whacking stuff in the face, or trying at least.

Shot of the day was the one ball I attempted driver off the deck. I can only recall ever hitting one good ball like this; today I hit the second. It drilled into the back (200 yards) net on a rope, with some height.

About halfway into it a guy arrived and set up a few stalls over, struttin his stuff, his Rocketballz and what not. Insecure of course, spying what I'm doing and everything. I could feel it, the 'tude was palpable. But whatevs. In between clubs I went and sat and watched him hit a couple. Pffft. Somehow it relieved me when I saw that he had nothing. Now look who's the insecure one. That's right--me. 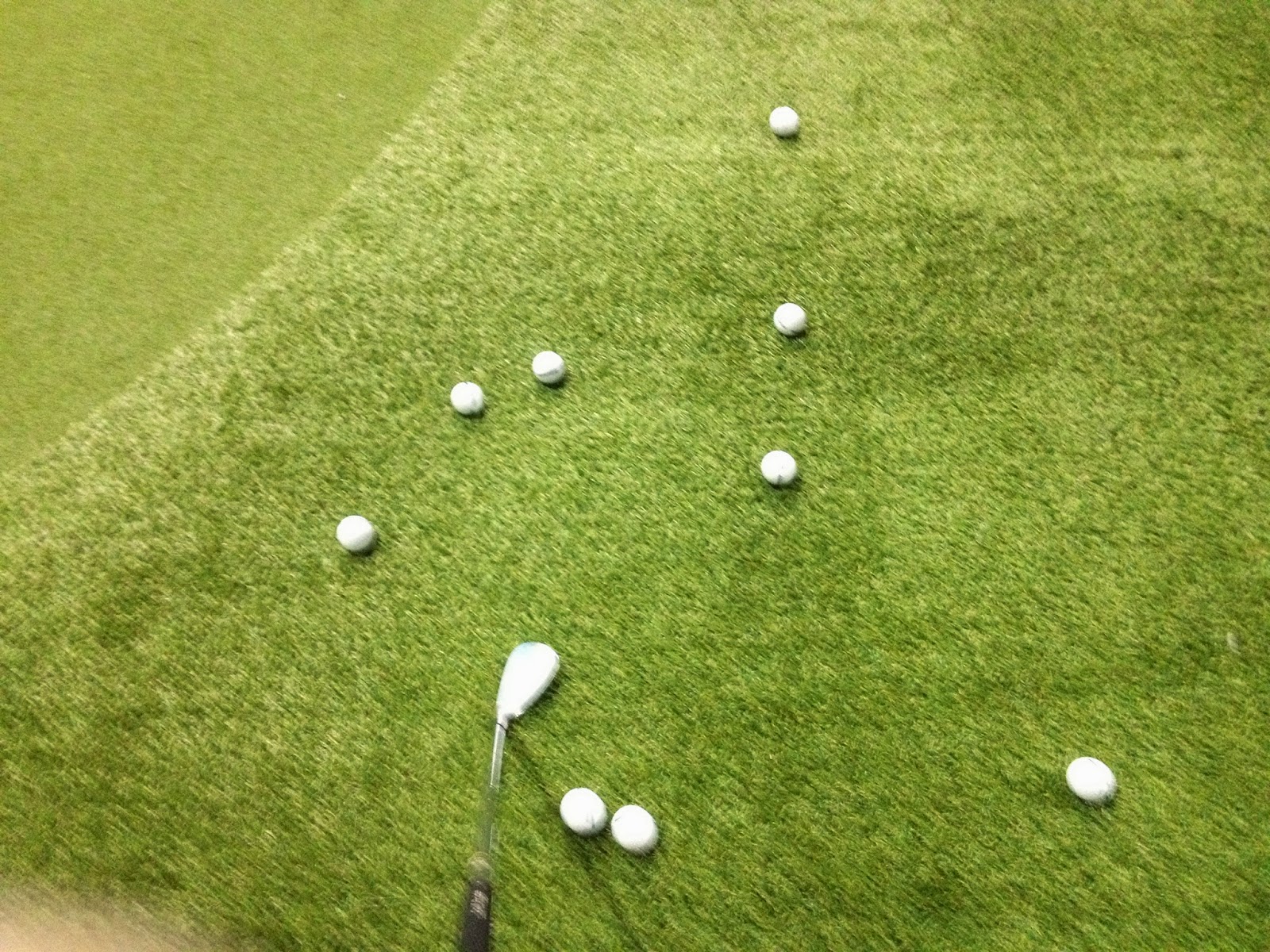 Back in the parking garage on the practice green I corralled nine range balls, settled in for a fairly long bout of a sort of OCD-inspired chipping game that's popular amongst myself. Take an odd number of balls, such as nine. Chipping to the farthest hole across the green, try to get the majority of the balls--five in this case--up and in, then repeat it from the opposite end. Get at least five balls up and down in both directions, there and back and that's a "win". I must not leave the premises without having "won" at least once. 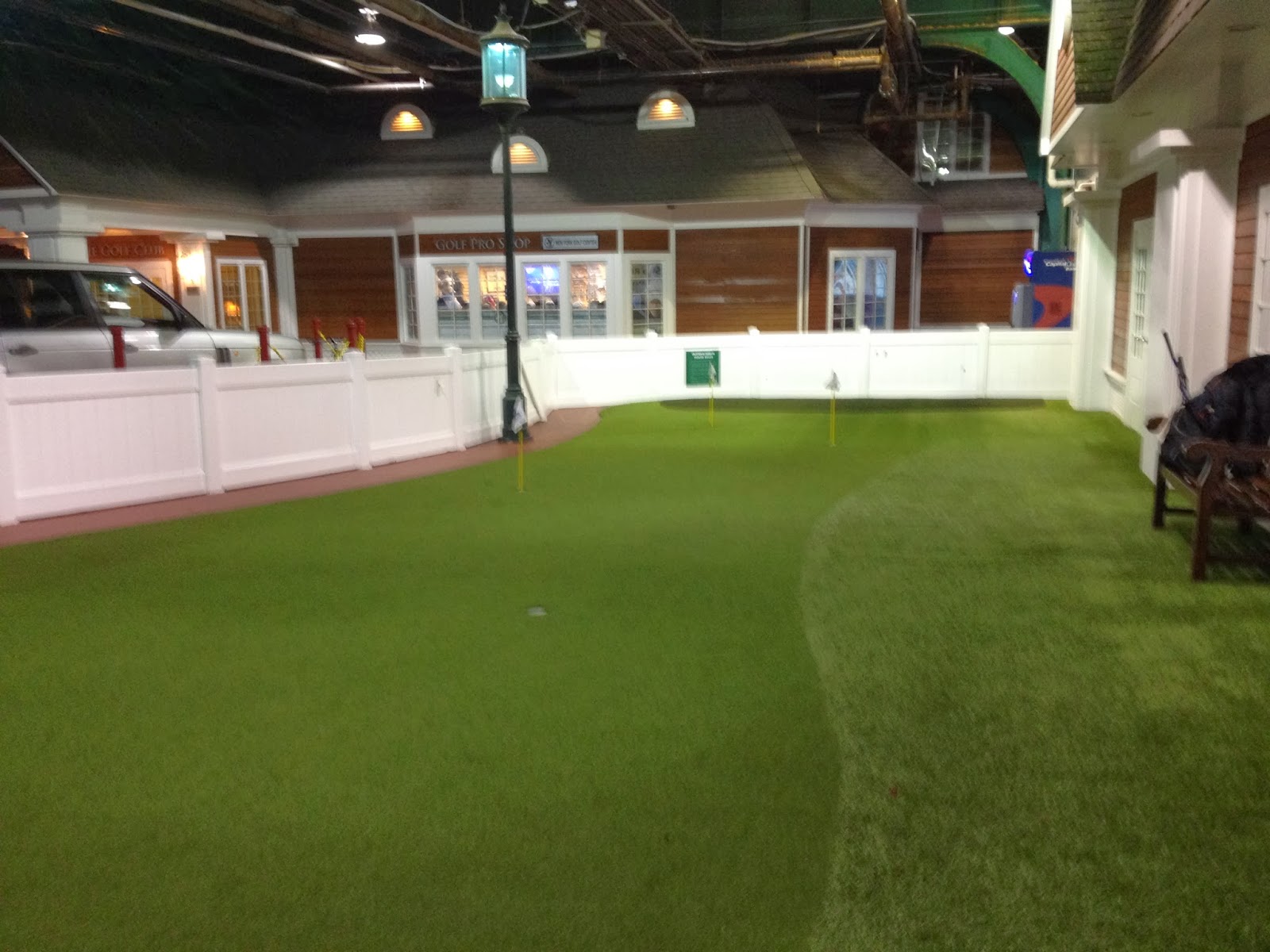 This is quite possibly the most depressing practice green in America, yet I was glad to be here, more or less sheltered from the cold, working on my chip-and-putting, that wonderful game-within-the-game. Glad to see my chip stroke was in solid form. Hands ahead, no flip. Rapping putts with the blade of the sand-wedge like no big deal.

A good time was had long and short. If I can bring some of these shots out on to the course--whenever the golf-forsaken season finally revives itself--it's gonna be swell. I can feel it.
Posted by Legitimate Golf at 6:43 PM