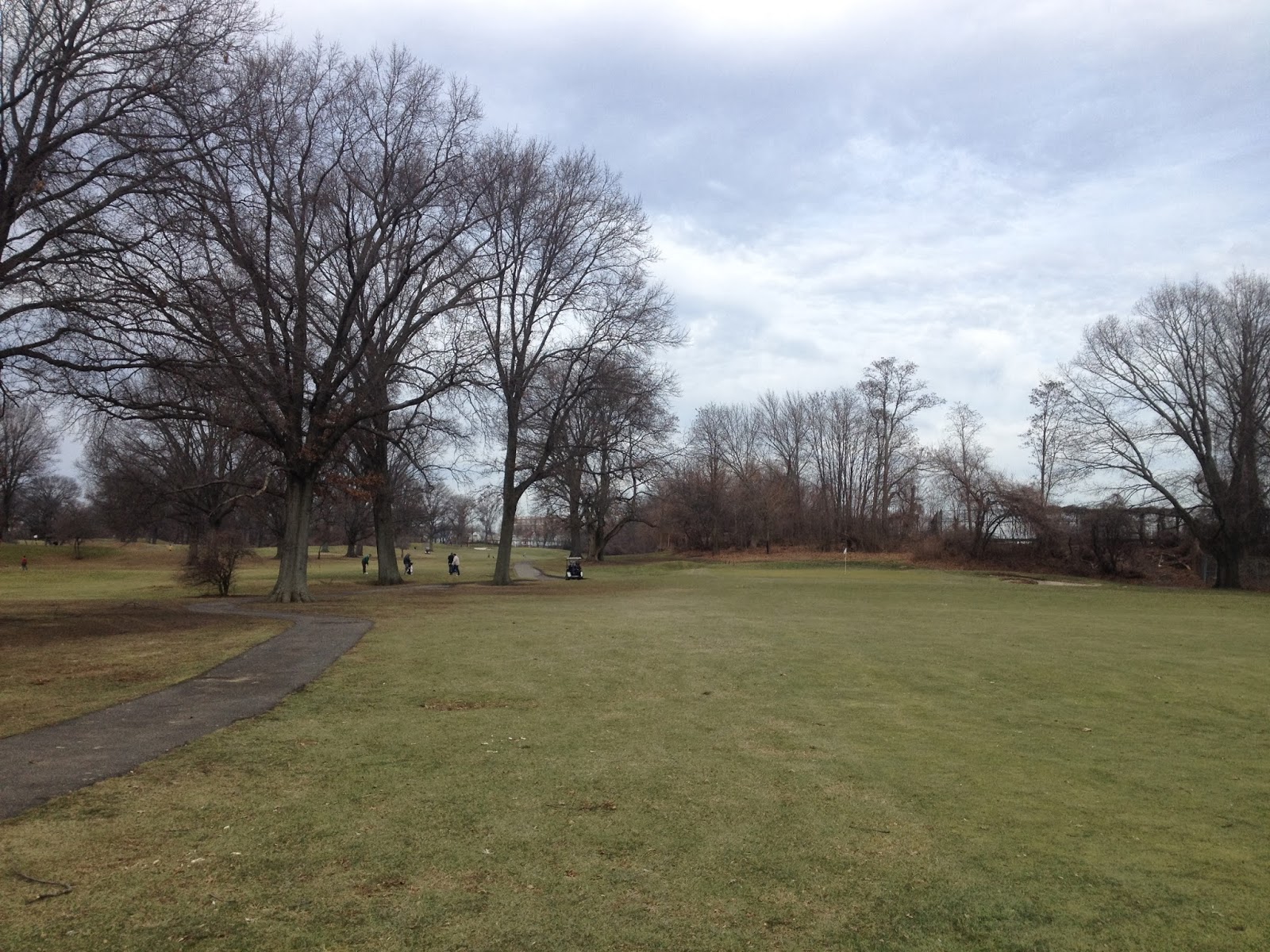 We've been so lucky with the weather lately. Praise the golf gods. I used to joke around about the winter being my peak season. Well by now I don't think it qualifies as a joke anymore. No, it's reality. The numbers bear it out--I'm playing more lately than at any time last year, and as of the last few rounds actually seeing some positive trend in my scores. Train keeps on rolling; why the hell not.

First a quick stop at DBGC, only maybe not so quick. Place was packed when I got there, on account of a long frost delay, plus general crowding. Temps barely scraped 50°, but it was busy like a summer weekend out there. Seeing it all I felt like turning around and going home.

No, I stuck it out (of course) paid the fee and got grouped with a pair of really old guys, both push-carting bags and clubs they had probably acquired as young men. It seemed like weeks since I last had to play golf in a group, with strangers, so I had to cast aside my wild ways and be civilized again. 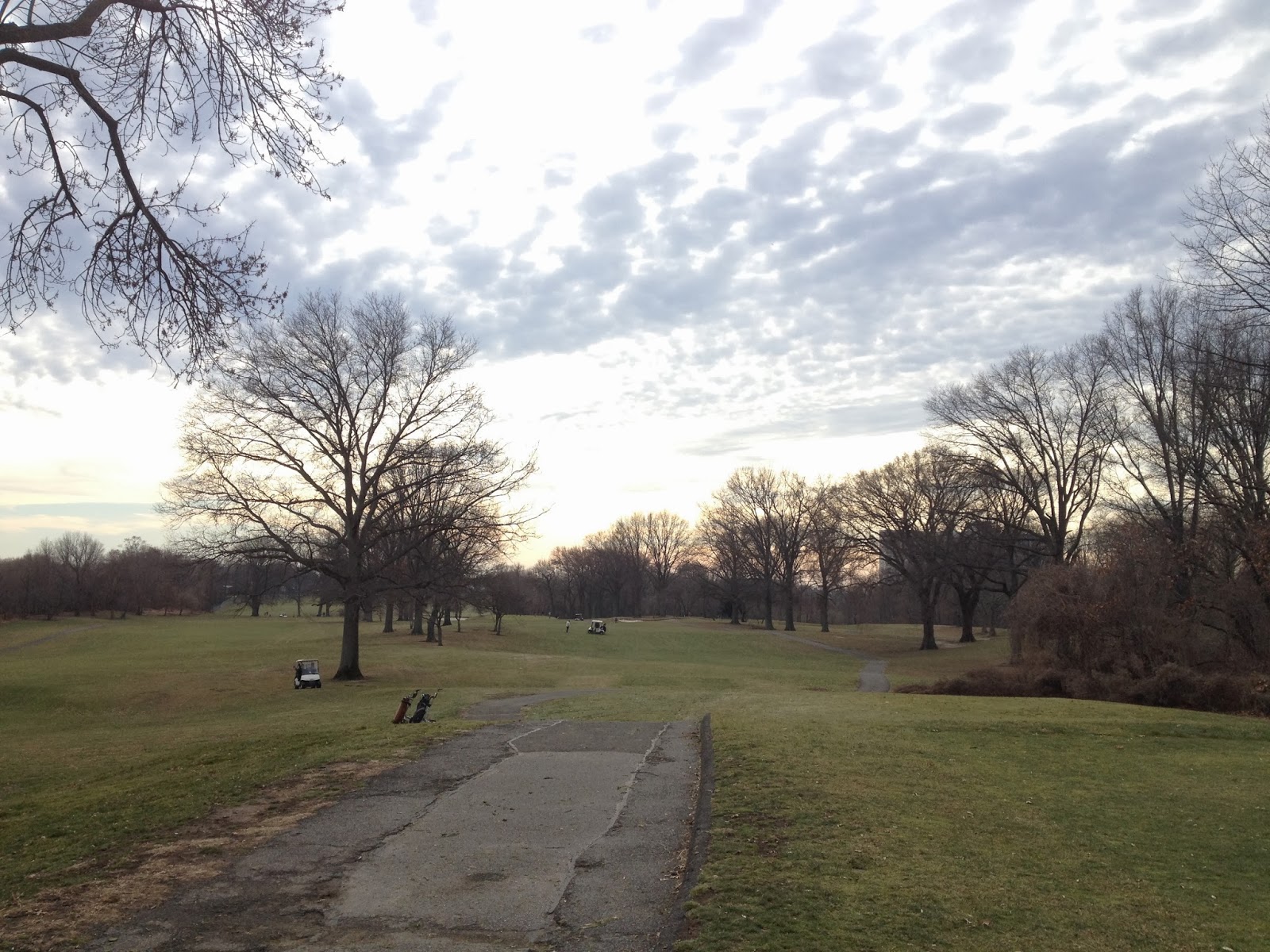 Those guys' bags didn't lie--they were terrible at golf. Not that they minded, or kept score. Just a couple of old dudes hanging out, catching up. None of it bothered me. They were agreeable and didn't dawdle--they executed their bad golf with a workmanlike efficiency that I could definitely appreciate.

It was nice to be reminded that in spite of all my 'tude I'm no elitist out there. Okay, maybe I take what I am doing kind of serious but hey, I have tolerance for lots of different kinds of golfers, long as they act cool and/or don't get all up in my face.

The pace of play was an abomination, naturally, but at least there was some order on the course, at least I felt safe against any Korean golf mafia shenanigans. The course was damp and long and the greens kind of rough, but I chipped and putted nice and gave myself a decent chance to break 80 with two holes to go. 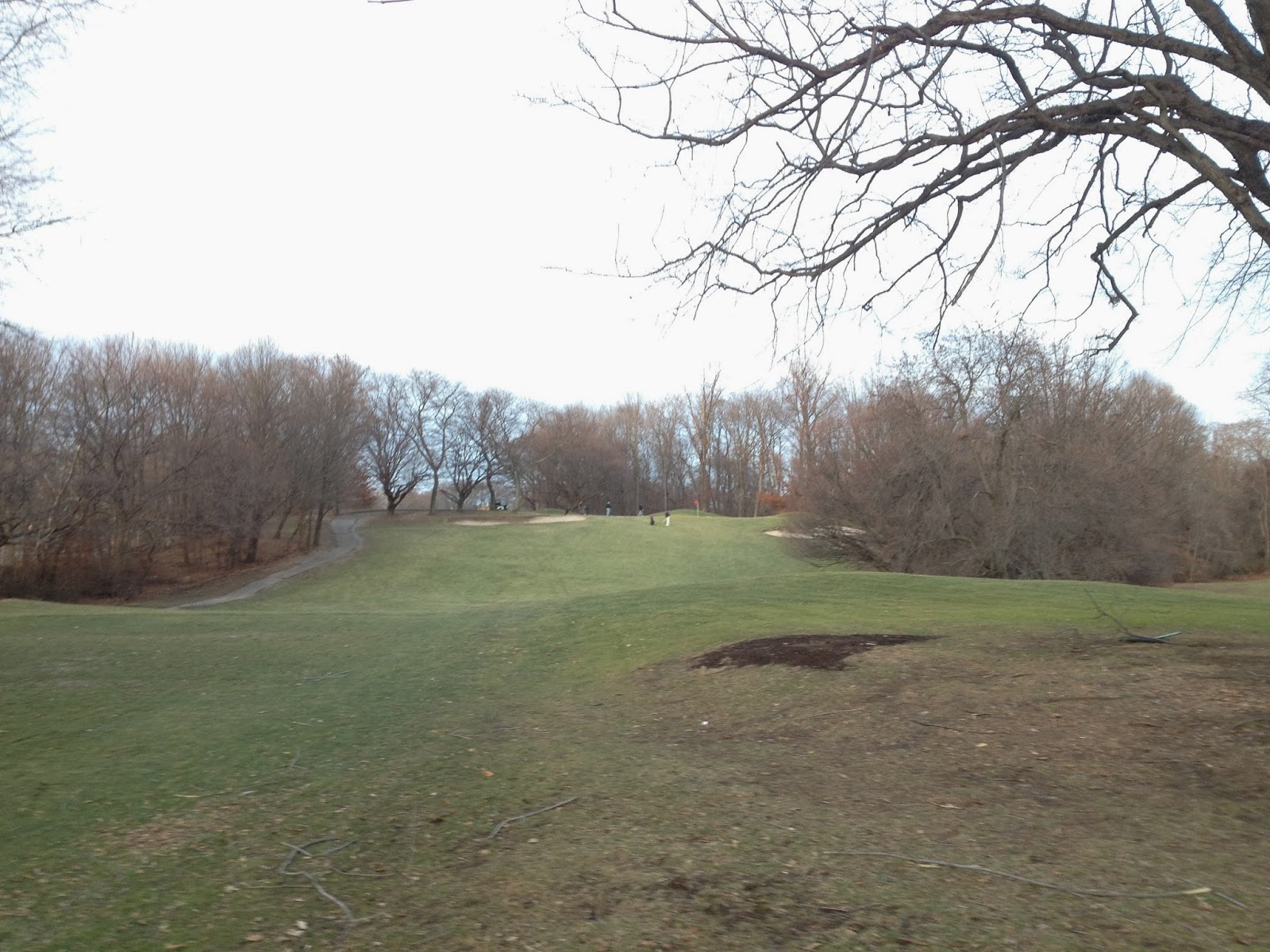 The group in front of us grinded the pace down, slower and slower, all the way to the bitter end. Winter golf as you probably know, is all about constant movement; that's how you stay warm, even in the coldest of conditions. Once slow play is brought into the situation though the cold starts to penetrate you.

The sun was almost gone by this point, the winds picking up and that foursome just kept inching along. If they moved any slower they would've fallen over. Those of us behind had no choice but to freeze and moan. When it was finally our turn to tee off, all I could manage was a clenched three-putt double bogey on that second-to-last hole. So I finished at 81--under the circumstances, not a terrible effort. 29 putts was good to see.
-------------------------- 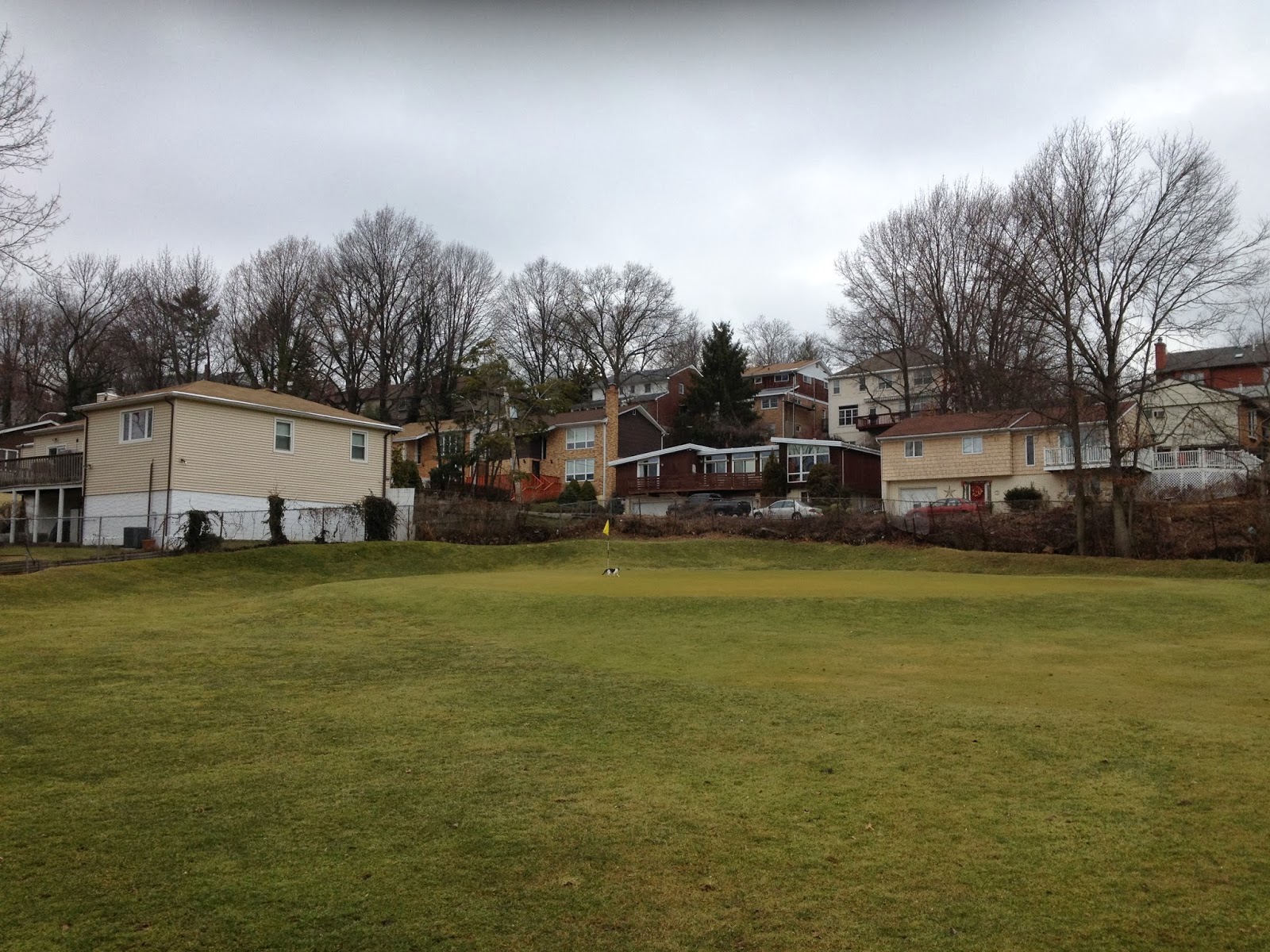 Next stop, a few days later at Silver Lake. Barely 40°. A little more rain made the ground ever soggier. No hope of any roll. Mud balls all over the place. Everything except chips and putts would have to be played in the air. 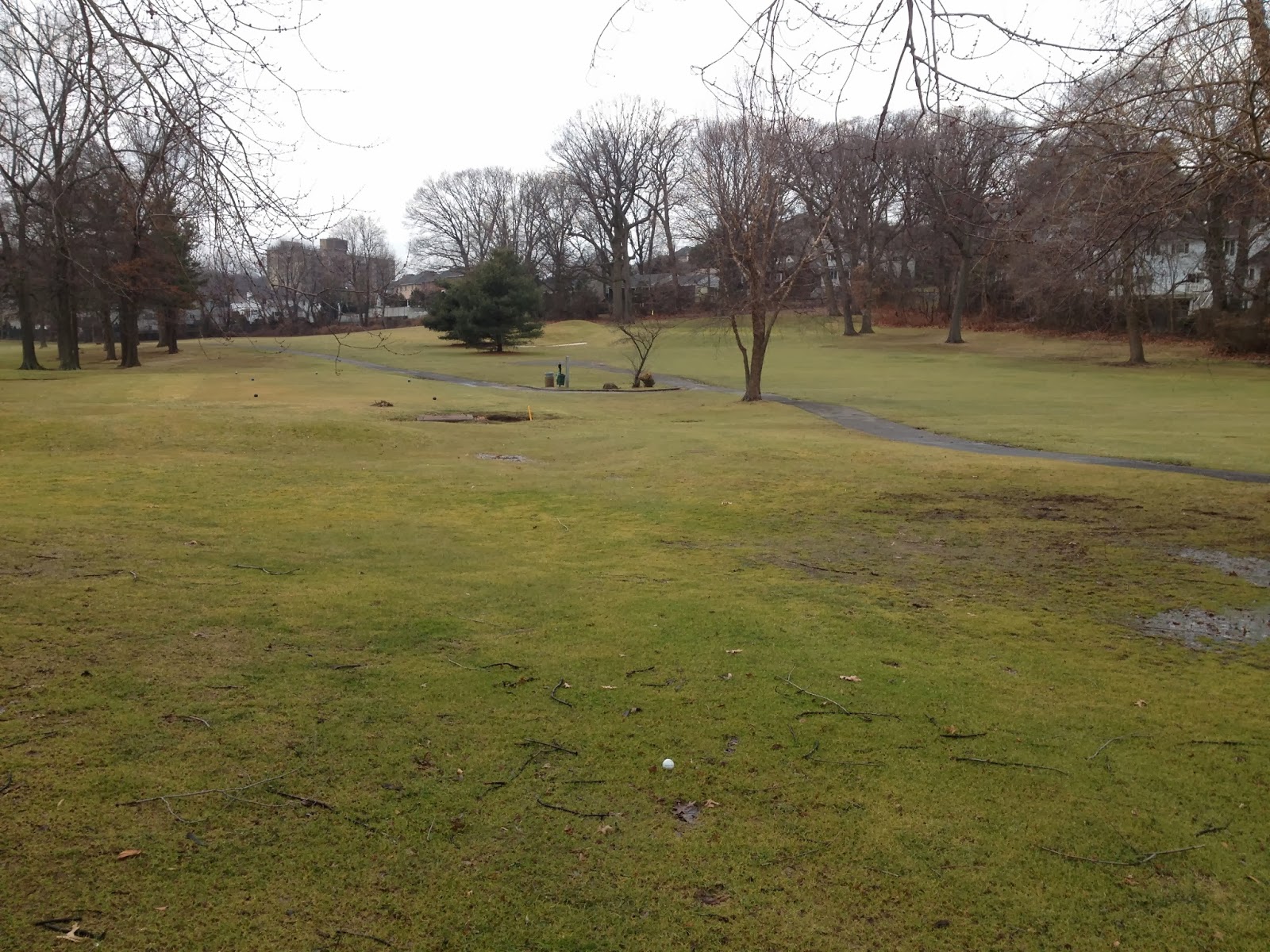 About a third of the way through, after yet another bogey a wave of futility washed over me. Everything seemed too hard. Whatever it took to make pars on this course right now, I lacked it. The course seemed too long, the air too fickle, the pins too tricky to chip or putt to. Looking ahead all I could envision for the rest of the round was more bogeys and doubles. 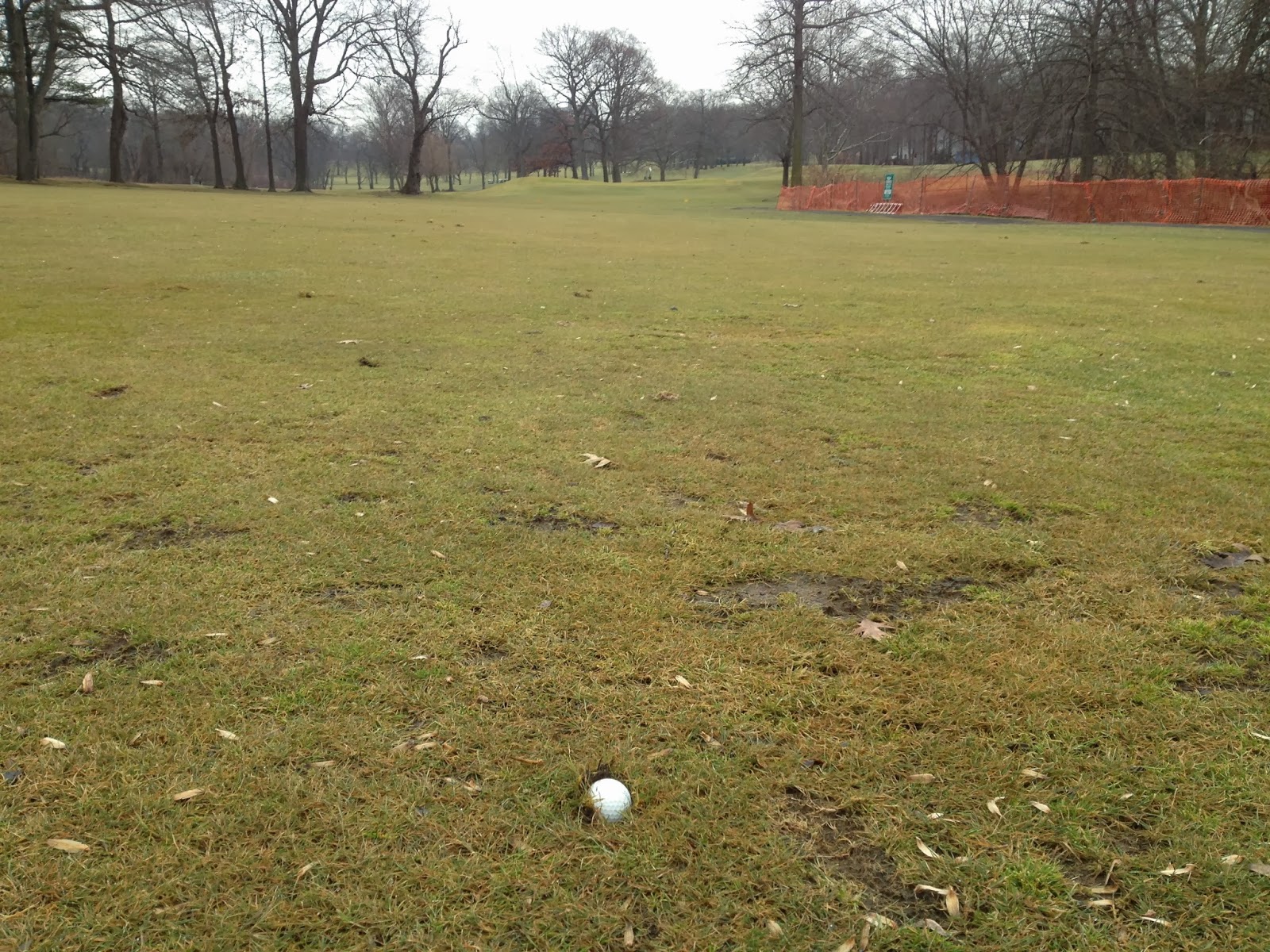 I hate to give up on a round though. I kept on swinging, kept on envisioning good shots and what do you know, the game started to come to me. I started to understand how far the ball would fly. I began the second nine by parring the immense third hole for the first time ever, gathered some momentum and shot 39 coming in, closing it out with six straight pars and five GIRs. 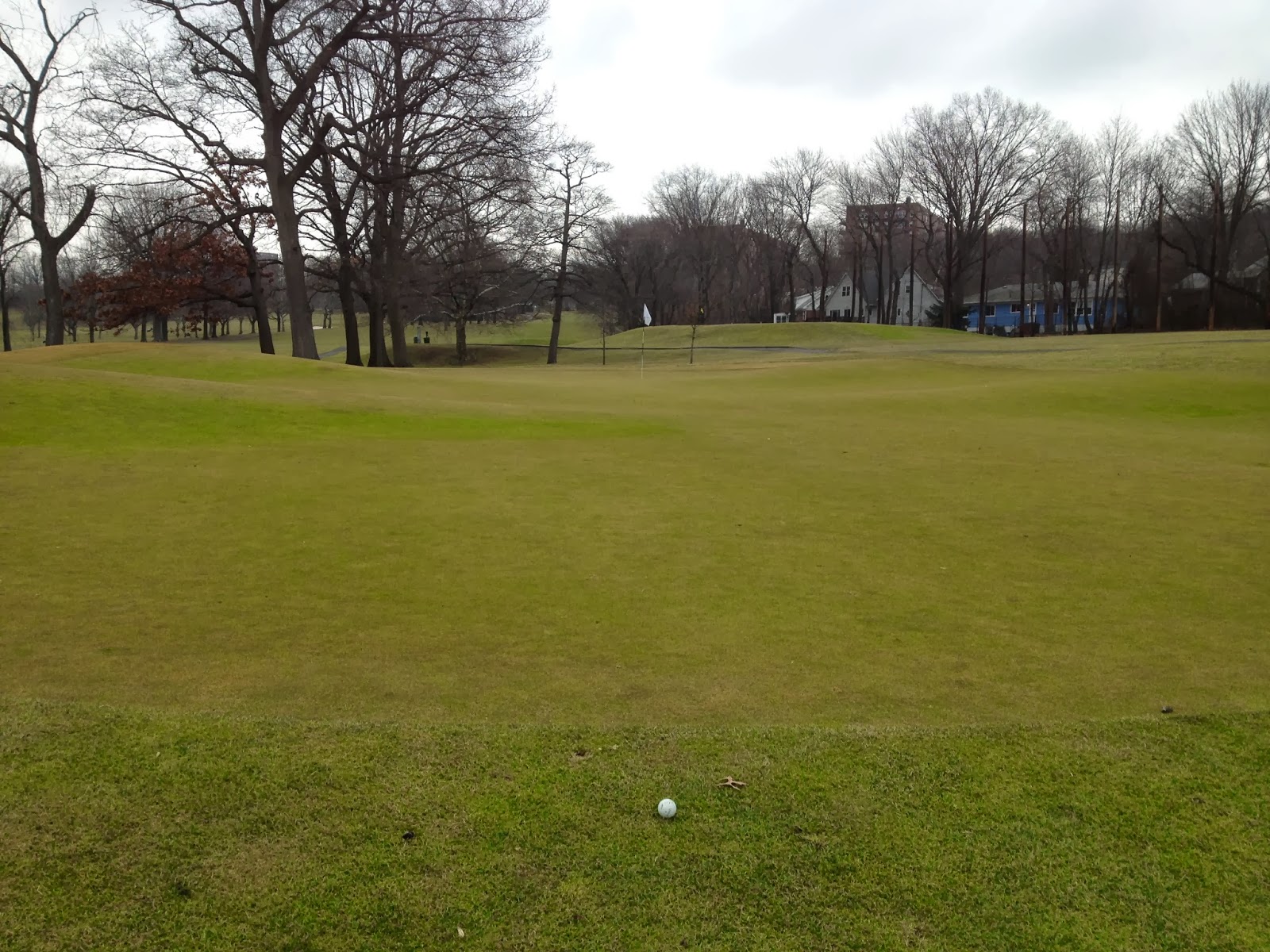 It all added up to 83, which--surprise--beat my previous low score on this course by two, in probably the toughest conditions I've seen. Hate to get all philosophical, but I guess it's why you don't ever give up on a round. I kept the blind faith after the blahs tried to overtake me and in the end I got a memorable reward. Come to think of it it's rare that I ever completely quit on a round mentally, and it's also rare that I leave the course without getting some kind of validation from it. Sorry, it's kind of true though.
Posted by Legitimate Golf at 8:18 PM