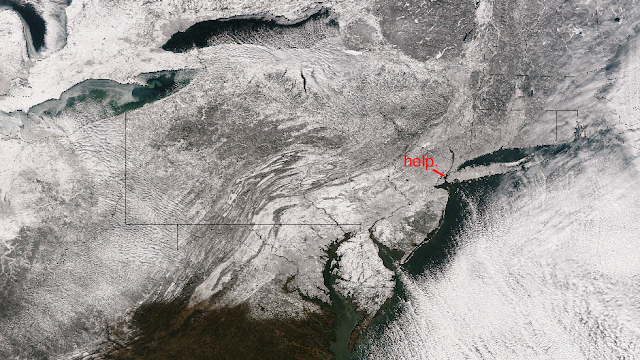 Some of you have expressed concern for all of us up here in the Northeast in the aftermath of the latest snowstorm. Judging by the satellite photo, the situation looks very bad. 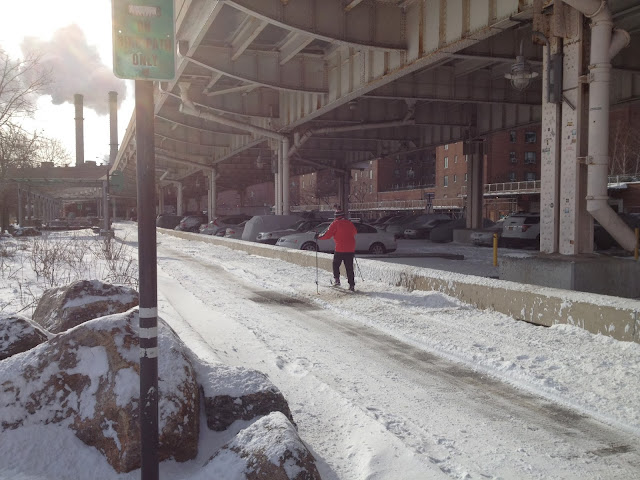 And judging by this sporting fellow I came across out by the East River, you might assume that we've now descended into desperate times. I remain unmoved however. I got a good fill of ghetto golf (and attendant douchebaggery) in the last days of 2013, and that's probably what's been keeping me going. Withdrawal will set in soon of course but no reason to worry just yet--there's a sliver of hope on the horizon. 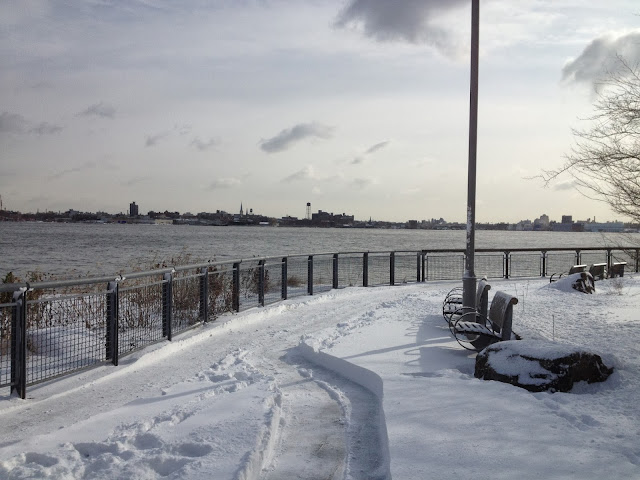 This storm might've covered a big area, but things aren't as bad as they seem--the mess it left behind wasn't so bad as to squash all hope of playing golf in the near future. Temperatures, which had dive-bombed into the negative digits a few days ago, are about to swing wildly into the upper 40s. As I write this, I can look out the window and laugh cruelly as the drizzling rain eats away at the snow cover. Rain--our unlikely ally in these frozen, perilous times. 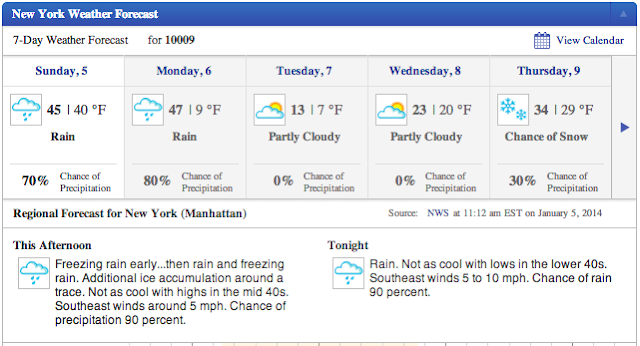 Hopefully the rain will macht schnell and clean this place up. Time is of the essence since on Tuesday we'll be hit with some more, potentially problematic arctic cold. But looking over the extendo forecast, there might appear a window of opportunity sometime around next weekend. Stay tuned!
Posted by Legitimate Golf at 10:06 AM