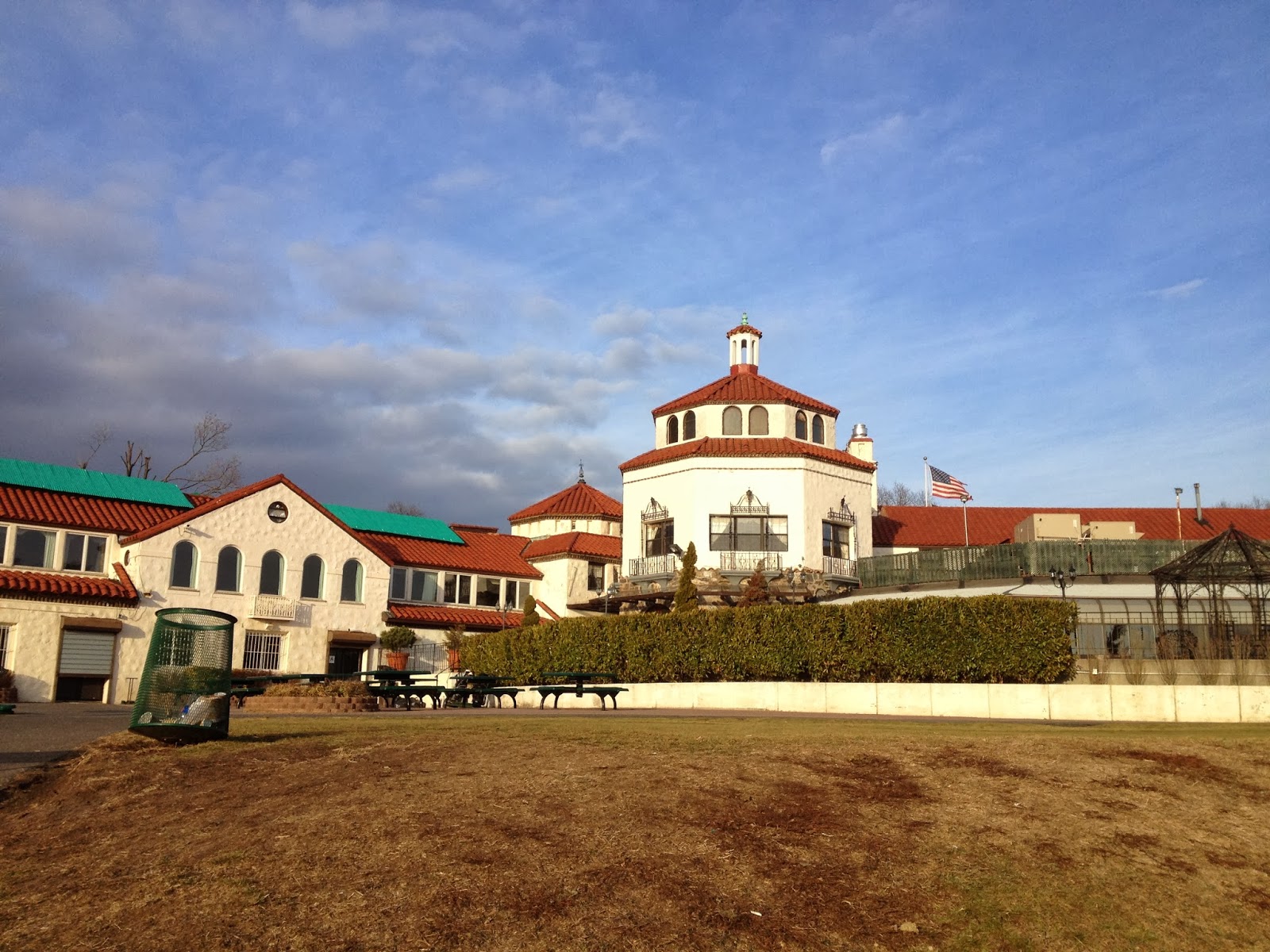 [This edition of Ghetto Golf was plucked out of the earth a couple weeks ago and stored on a shelf so that it could be enjoyed during these barren times.]

The latest stop on the Legitimategolf New York City Golf Tour takes us out near city limits once again, way out to the neighborhood of Douglaston, Queens. I was hereabouts not that long ago, whacking balls and checking out the instant noodle selection at the Alley Pond practice range. Douglaston Park GC is like Alley Pond in that the Korean flag has been pretty much planted here--this is K-town golf territory now. 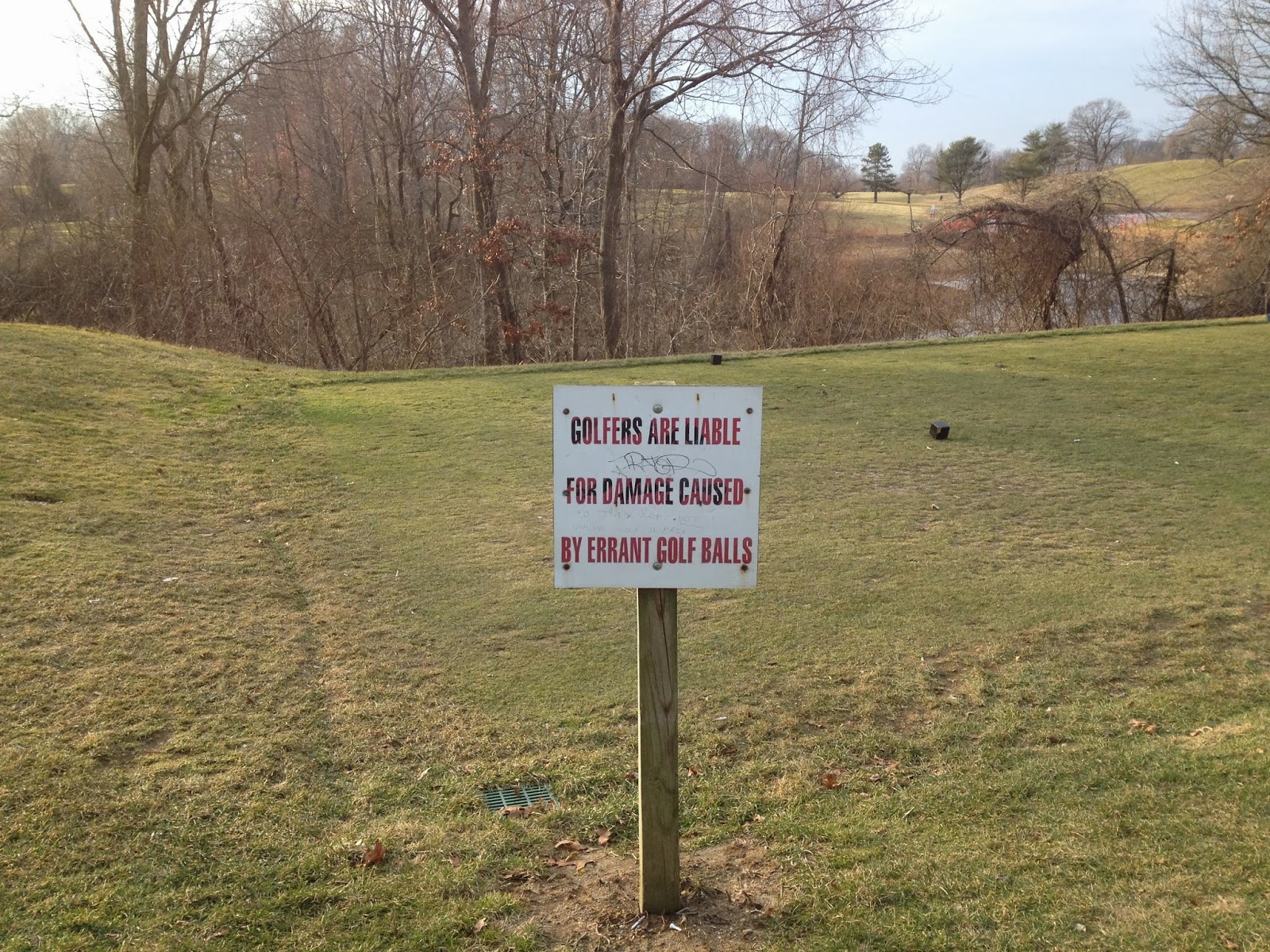 Douglaston the neighborhood was New York City's attempt at an upper class suburbia with Tudor houses and manors and big gardens and everything, and the existence of this golf course reflects some of those original snobbish ideals. Today it's a modest muni, but it began life as the "North Hills Country Club" back in the 1920's--the kind of place the Great Gatsby and his prick friends would have played probably. 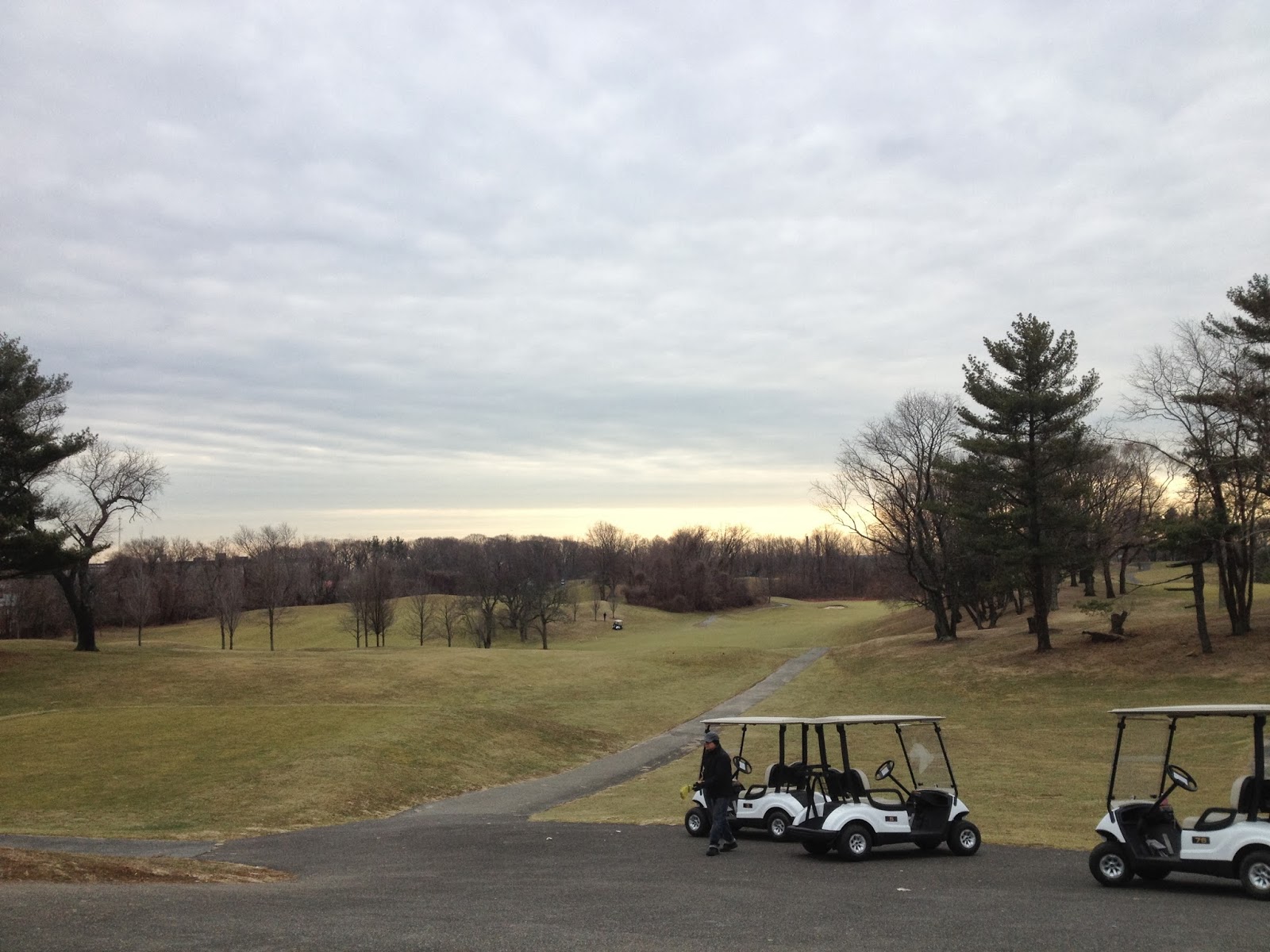 In the '60s the members of North Hills packed up and relocated to the much nicer town of Manhassett, just outside city limits. So the city bought their old course from them and made it part of the NYC Parks system. The grand old Spanish-style clubhouse, which sits imperiously atop the highest point on the course might fool some into thinking this is some swanky upscale place, which it is most certainly not. (Nowadays it's just rented out for weddings and such, completely unaffiliated with the golf.) 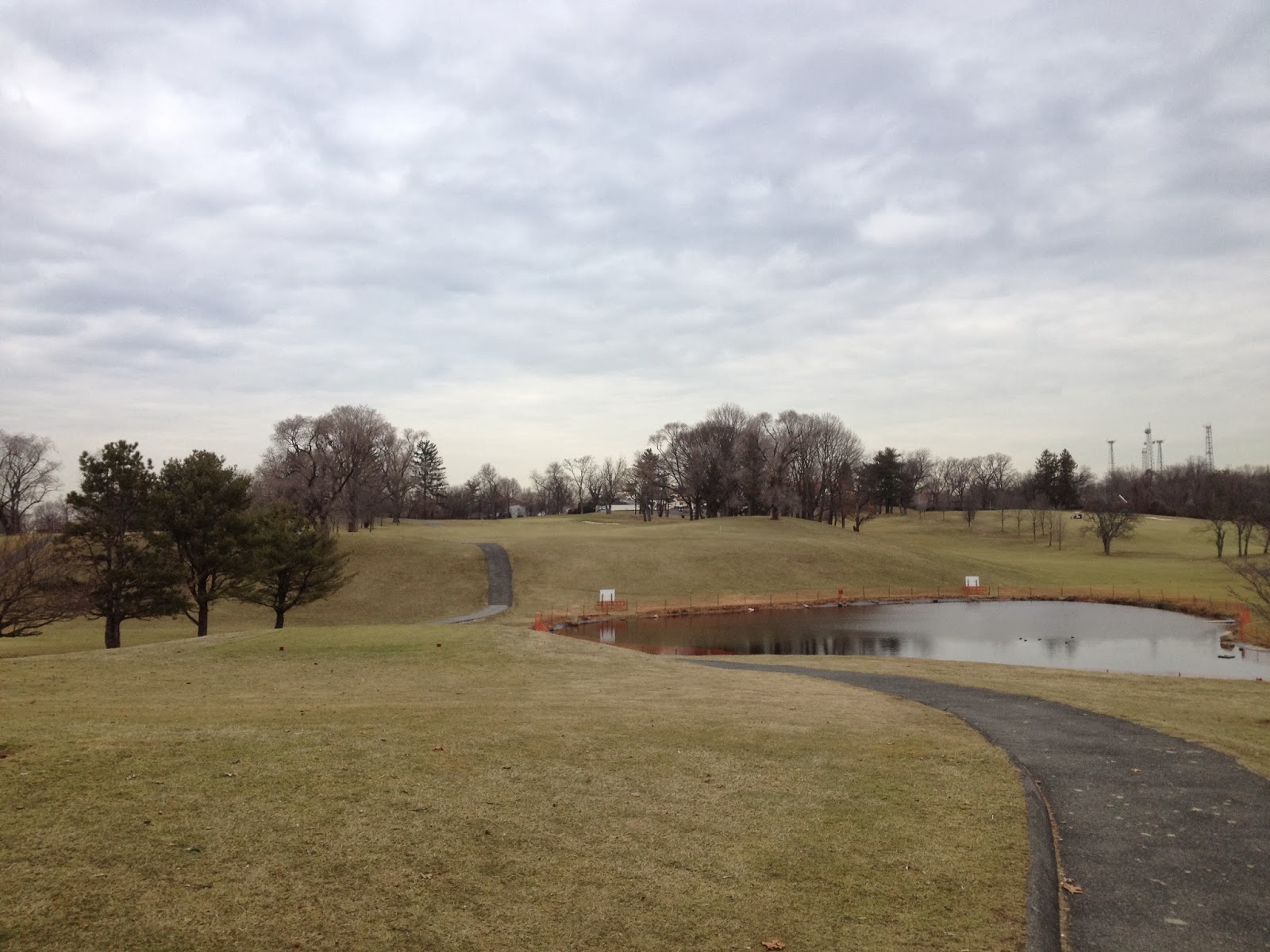 The holes are mostly narrow and tree-lined, and they're tightly packed together in a space-saving fashion, kind of like how you'd expect a New York City golf course to feel. But thanks to a lot of elevation changes, rolling topography and superior course design, it avoids the uninspiring bowling-alley feel of Forest Park. 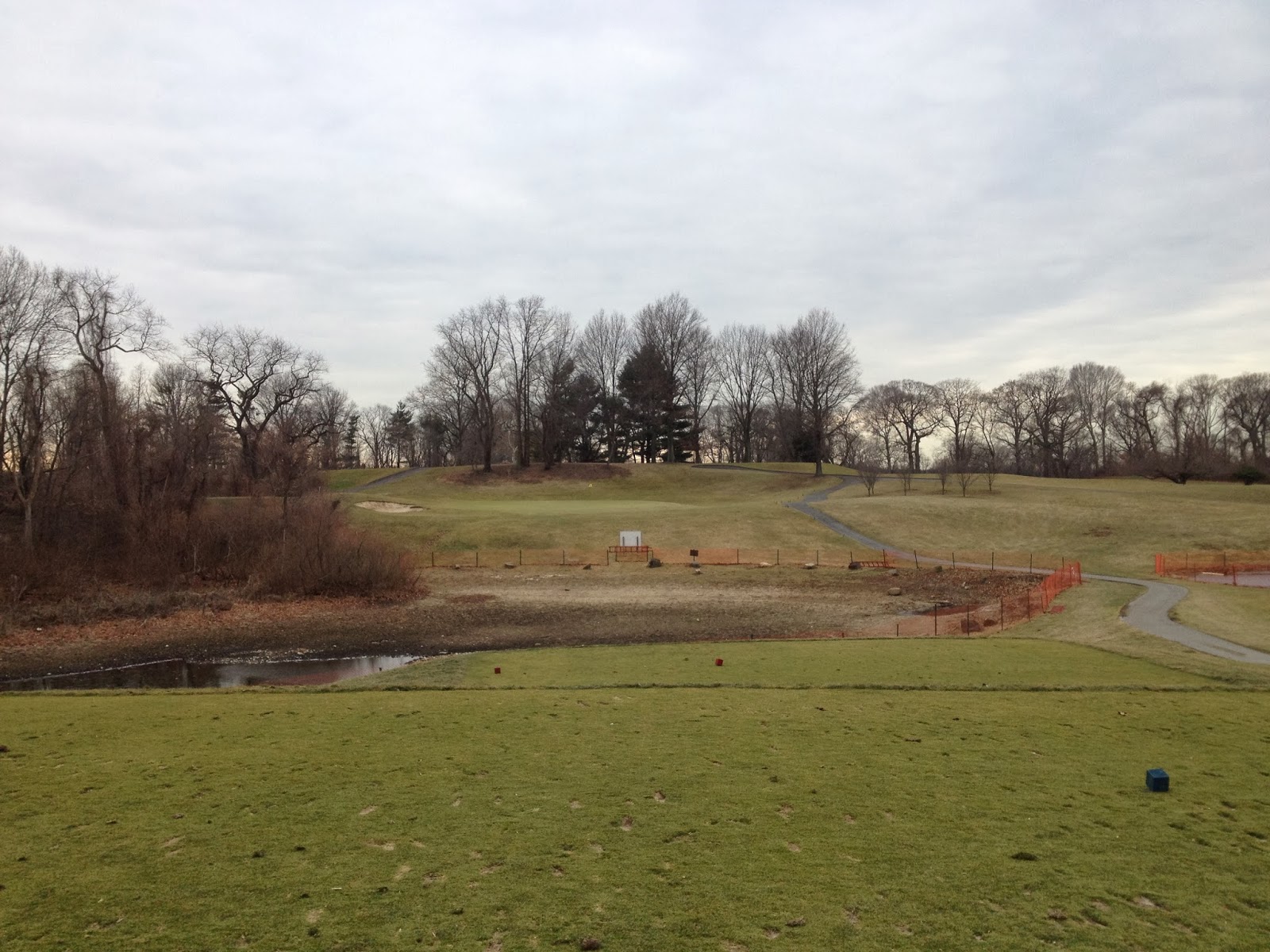 It's a classic-style course, with a noticeable quirk: a par of 67, which is reminiscent of nearby Kissena Park GC (par 66). Douglaston's a lot less emasculated than that course though; it at least offers a little bit of par 5 action--one on each nine--and this makes it feel more like a conventional length course. 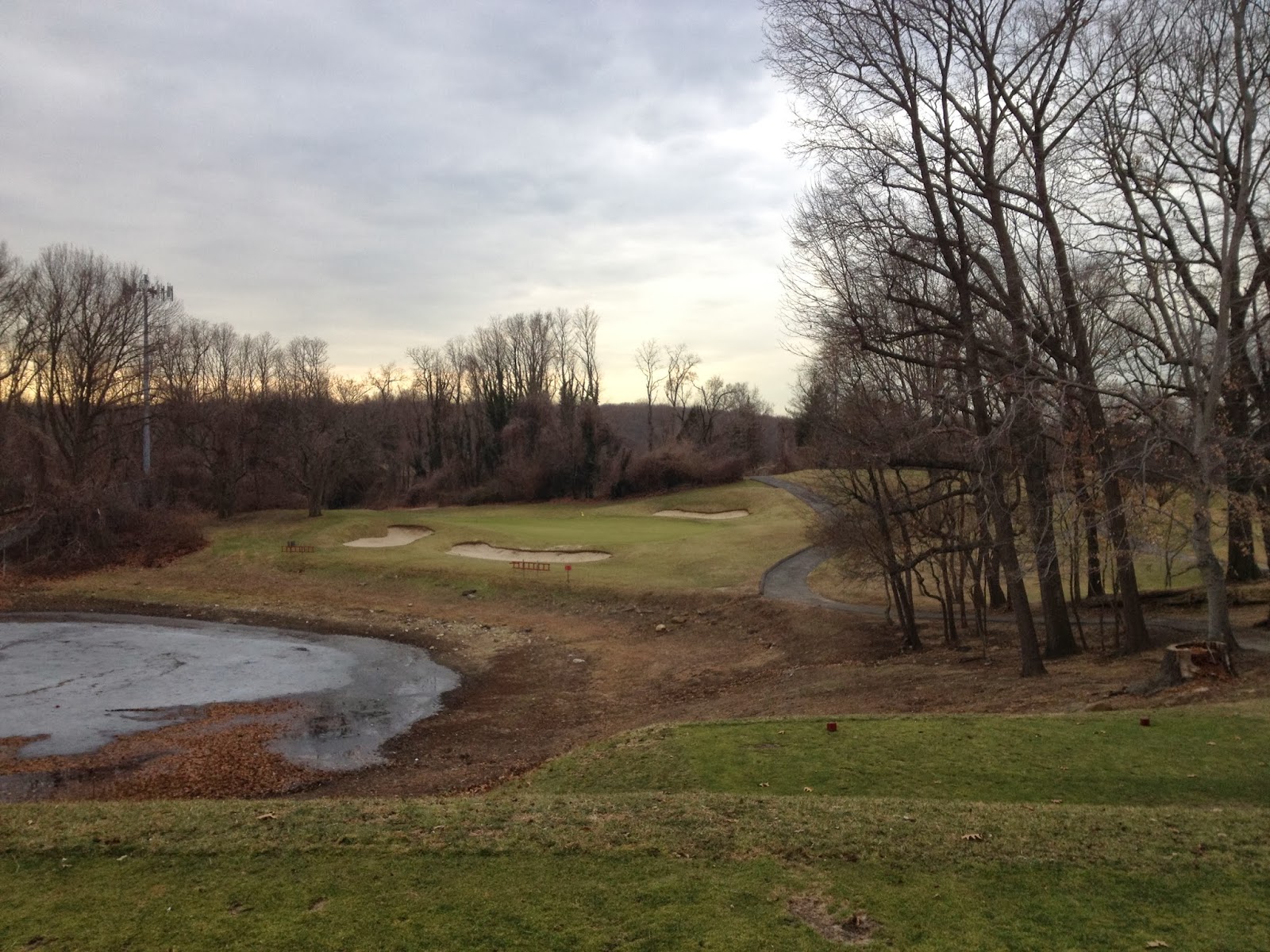 Douglaston might have the best goddang turf and greens in the city. I don't know any particulars about what kind of grass they use but it seems a little different from the other ghetto muni's, a little fluffier and more playable. The design of the course is pretty cool too--visually interesting and a challenge to almost every club in the bag. The holes might be kind of narrow, and there are a few blind shots, but none of it feels gimmicky. The course looks very much like a golf course, which I know sounds stupid, but hey--it can't be said about every course in the city.

Lots of elevation changes and an old school vibe--it reminds me of this ancient Donald Ross 9-holer I played up in the Berkshires last year. 5,439 yards seems a little short on the card but while you're playing, the course doesn't feel too dinky. There's two definite driver holes, and only one par 4 shorter than 300 yards. Somehow it all just adds up. It's a charming layout, I guess you might say.

There's a pretty nice practice green which sits right next to the first tee--something so darn practical about that.

Typically this is a busy course (supposedly the second busiest in the city), so obviously slow play and scofflaw shenanigans are going to pop up during most rounds here. Pace was good on this winter day, but I was still wronged at the turn by a couple of Koreans who cut in front of me, quite fragrantly, and then lied to my face, saying they were only going play that one hole. Like at most city courses this sort of stuff seems to happen with impunity.

Of course there's the short length and par 67. As I said, it feels like a conventional length course, but the truncated par is always going to count against it. Too bad, because were it a par 71 or 72, I'd call it a contender for best course in the city.

Three of the last four holes are par 3's--an odd way to finish a round.

It's a ghetto golf operation through and through. There is little to no on-course marshalling. The pro-shop, bar and grill are meager and they're jammed together into one catchall facility. Beware--they charge for parking here which is a dishonest, money-grubbing scam practice that goes on at some NYC courses, probably because green fees are capped by the city and this is a simple way to force a few extra bucks out of customers. 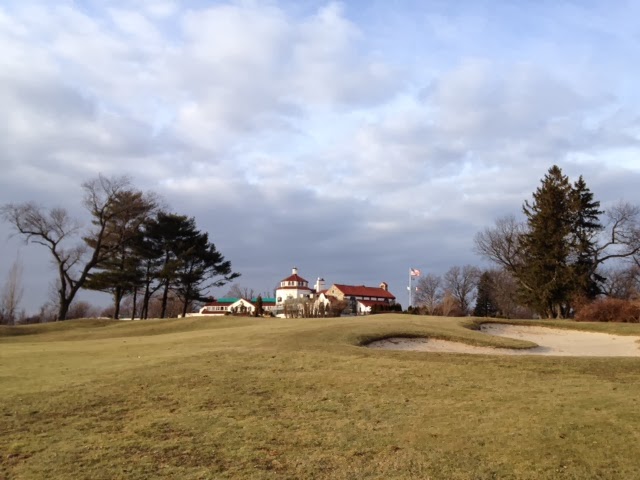 To date this was the last golf I played anywhere, so it remains my least distant memory of the game and believe me I'm clinging to it dearly. It was cold, about 40° with breezes, so the round was played in brisk no-nonsense fashion. No time for taking in scenery or atmosphere, which is why this write-up is a little thin probably. But turf conditions were surprisingly good and I swung it alright, only missing two fairways. The slow greens tricked me into hitting 34 putts and I ended up with kind of a bloated 16-over 83, but it was a really, really good time nonetheless.
Posted by Legitimate Golf at 11:28 AM