Sucking in the 80s 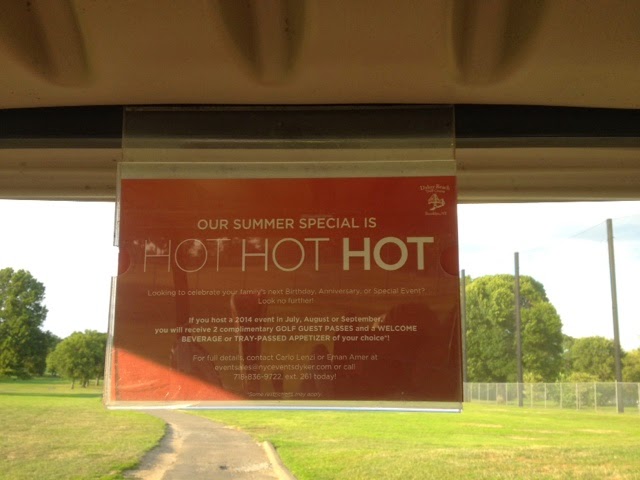 I found a rare tee time deal at DBGC, and then actually looked forward to seeing the old haunt again. Maybe I could rediscover some old positive vibes, maybe even some of my vintage scoring.


When I walked in the pro shop one of the local men's club toughs was pressuring the manager to give him the twilight rate--even though it was an hour early--along with a cut-rate cart fee for him and his friend. Somehow the tough guy had some sort of pull because the manager didn't just comply--he seemed a little nervous and intimidated about it.

I had a hunch that this guy was a bad person--some people you just know as soon as you walk in the door and get a load of their face. Typical old-school Brooklyn lousy personality. A few minutes later on the first tee, to my disappointment I was shaking hands with him and his friend. Judging a book by the cover is supposedly wrong and everything but you know what, you do it all the time, and sometimes your judgment happens to be right on. I know that it is taboo nowadays to defy smarmy moralizing platitudes such as these but I stand by it. Why should I bother trying to be all polite here. Fuckall. I paid for this domain name, I have no sponsors to speak of and nothing to lose--I'm going to speak freely. If you don't like it, beat it!


Oh, you're still here? Okay, so yeah, it turns out I was spot-on about the guy. He kept whistling some retarded tune through the whole front nine, one of the worst offenses imaginable. Whistling is one of those things--even if you are great at it, it's still annoying as fuck. I'm sure it was annoying and stupid by design--it was obvious he did not care for either me or the other single in the group for whatever reason; he did not seem to have a kind bone in his body. Eventually he gave it a rest, but probably only because it failed to get a rise out of either of us.

Both him and his friend chewed tobacco and spit everywhere, making no effort to secrete the filth off to the side or in any kind of semi-discreet way. Between the two of them it was every fifteen seconds: psssst. psssst. All over the tee box, all eighteen greens. It is hard to think of a loud-and-clearer way to broadcast one's vileness to the world than to spit all over the place. There's douchebaggery but when it crosses the line into the unclean, unsanitary, the law needs to get involved. To make matters even more frustrating he resembled an angry, fat Phil Mickelson, if Phil was from Brooklyn and had gotten his face punched in too many times. That really twisted the knife and annoyed me to the core of my soul for some reason. 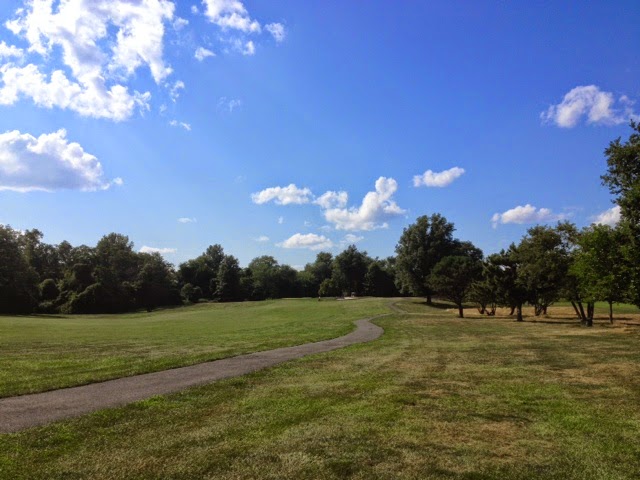 I tried hard to block it all out and play some good golf, but a bigger more insistent problem was my legs feeling weak and rubbery from the start. With feeble leg-drive, swinging with hardly any width, I came in too steep all day, smothering it, flip hooking, popping it up... this is why I'm still a double-digit handicap. My swing is not reliable.


I managed to scrape some fun out of it. Accepting that my swing was crummy I put emotions aside and tried hard to work around it, play ugly utilitarian golf and be stingy as possible with strokes. What do you know, it was narrowly satisfying to salvage my 86. Unlike some recent 80s scores where I faded down the stretch, this was a case of making chicken salad out of chicken poop. So it was not a complete catastrophe, where it easily could've. 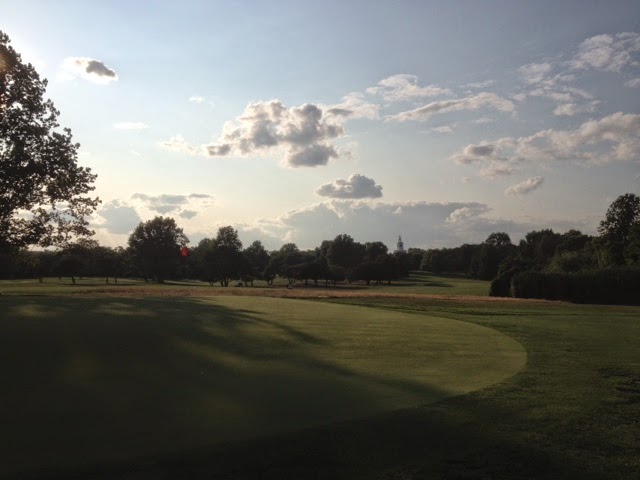 Still I am frustrated again. I am putting unnaturally well, but now the striking is as erratic as it was when I was crying about my game back at the start of summer. Just great. After a period of some brisk improvement I now seem to be smashing my nose up against the boundary of my abilities and it sucks ass. Sorry. Hence the title of the post. (Cool points to whoever can ID that reference.)

I continue on through this bitter, protracted divorcing of myself and the ghetto golf scene. It is such a miserable place for me these days. I seem to arrive at the course with teeth already gritted, and everything and everyone feels sinister. Reminds me of that Doors' song--people are strange, when you're a single. I find myself fighting hard to have a good time. And it's not just me and my own warped perspective--at a place like DBGC I feel like almost everyone despises almost everyone else. Whatever. Must remember: summer is the offseason.

Still this all makes up a weak excuse for me and my dull bogey golf. So let's just say I got complacent about my swing and let up practicing. Don't cry for me. If I am going to suck, it's at least comforting to believe there is a pragmatic explanation for it.
Posted by Legitimate Golf at 9:45 PM