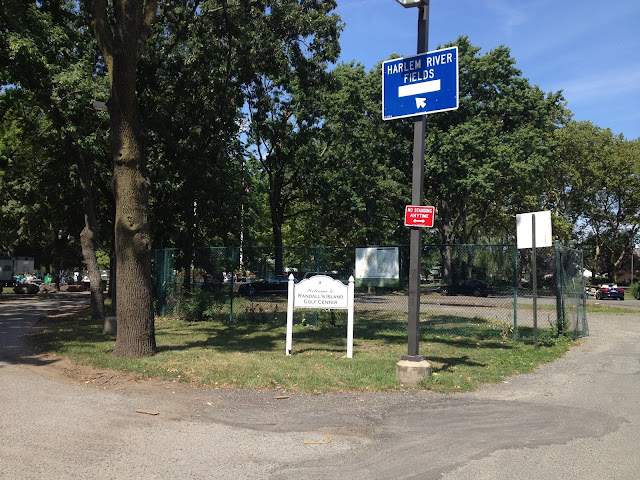 In the last edition of Ghetto Golf we took a look at Manhattan's "one and only open air golf facility". 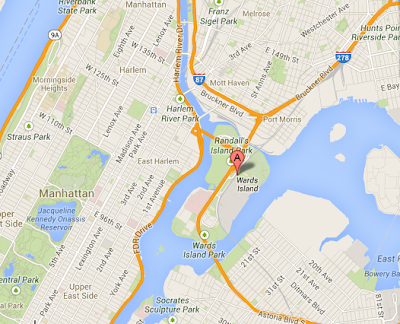 Randall, in my overactive imagination, is the sullen Korean guy I encountered working behind the counter selling ball tokens back when I first came here. His parents, I conjured, had bought the golf center a long time ago, and then had a son, whom they named after the island so that he could one day take over the place and feel some sense of ownership. Trouble is, stuck on that lonely range on those dark, creepy nights, nothing but the company of a few cranky New York golf junkies whacking ball after ball into the cold winter night--the place became Randall's Misery.

Unfortunately none of that's remotely true (except the part about the creepy nights). The original Randall was an Englishman who bought the island from the Dutch in the 18th century. The city bought it from his estate in the 19th century and in the years since they've been using it for a variety of dirty work applications. According to Wikipedia:


In the 19th century, Randall's Island became home to an orphanage, poor house, burial ground for the poor, idiot asylum, homeopathic hospital and rest home for Civil War veterans. It was also site of the New York House of Refuge, a reform school completed in 1854 for juvenile delinquents or juveniles adjudicated as vagrants.

Whew talk about rough past. More recently, the city realized Hey, maybe we could use this dump to play some sports, and started developing tennis courts, tracks, baseball, football and soccer fields, and by some merciful concession, a driving range.

So let's head out there already why don't we. 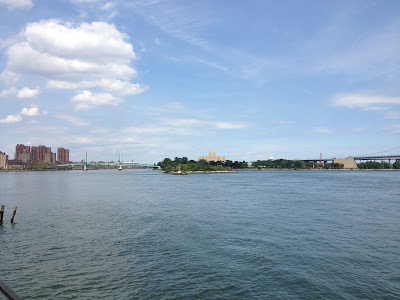 Here's the island as seen from the FDR expressway on the Upper East Side. By car, it's accessible via the RFK Bridge, but it'll cost you--an unfortunate $7.50 toll charge. 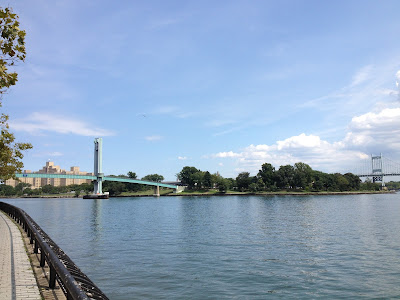 However, if you're on foot or bicycle, you can take the Ward's Island Bridge free of charge. 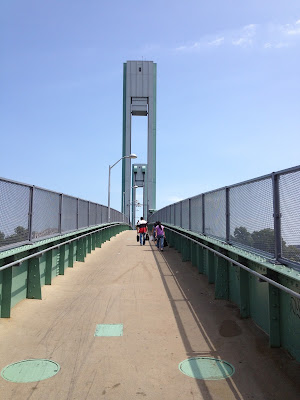 It's a pretty steep grade though--it'll cost you some calories. 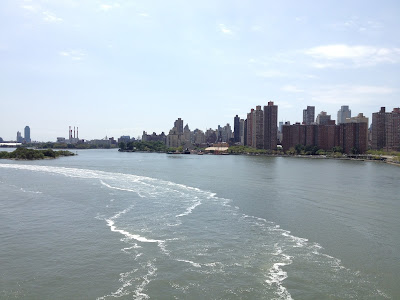 Looking back from the bridge towards the city. 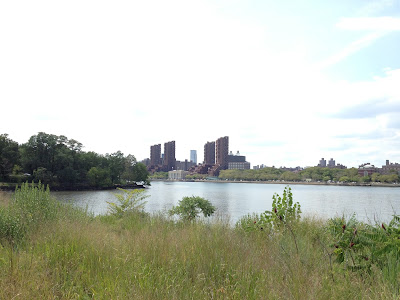 To get to the golf center from the footbridge, it's about 3/4 miles through a wetland preserve. 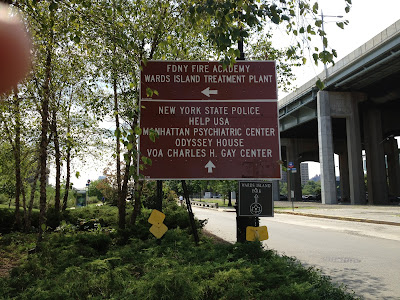 Quite a bit of the city's dirty work still goes on here. 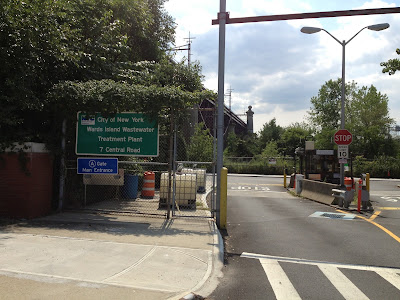 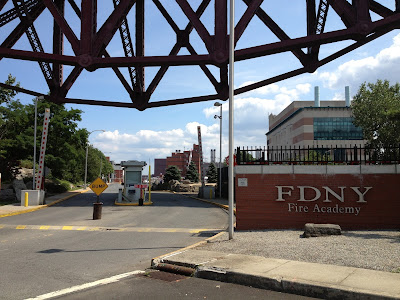 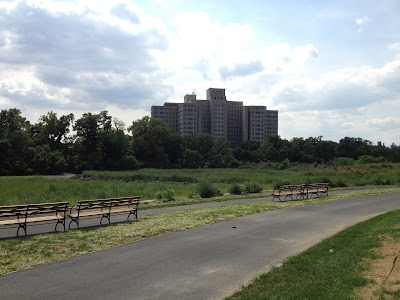 The mental hospital in the distance. I'm only snooping around here because it's broad daylight, otherwise I'd probably be a little too creeped out. 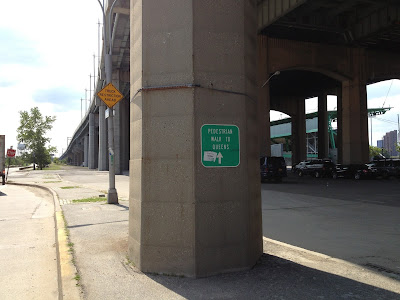 That's crazy, you can walk to Queens from here. This whole island is really a weird little corner of the city. 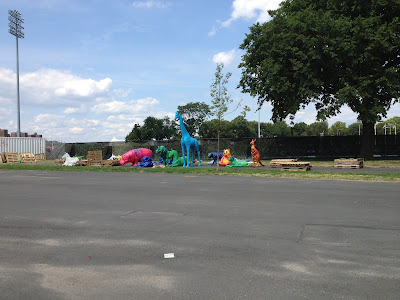 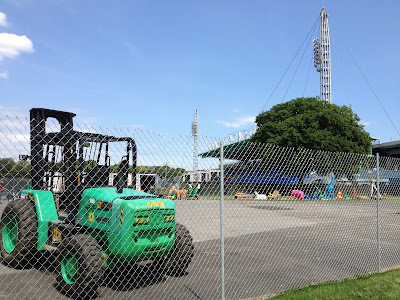 This is a terrible shot but that's Icahn Stadium, a top notch track venue actually. Usain Bolt set a world record here in 2008. 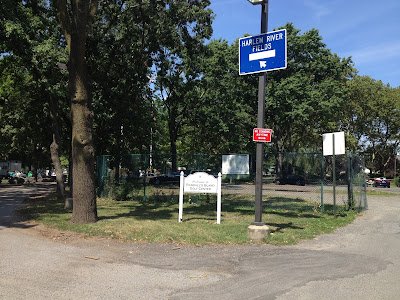 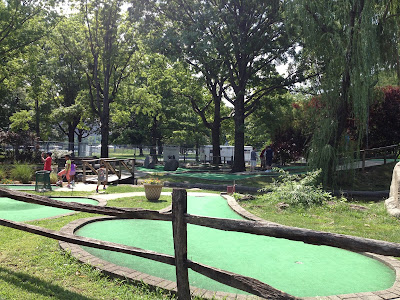 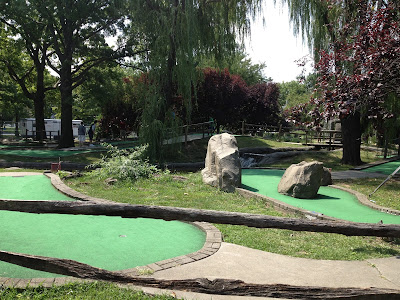 When they say golf center, they are not messing around. 18-holes, mini golf, Jack. I played it once years ago though; it kind of sucked. C-plus at best. 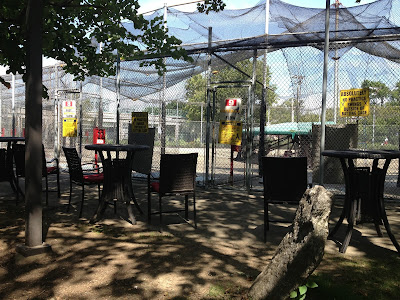 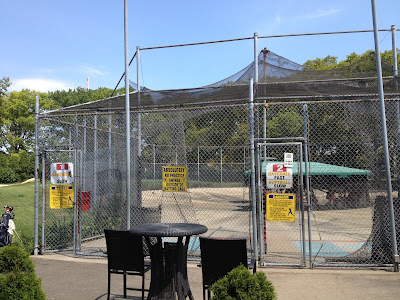 Besides golf there's some other fun stuff going on here like batting cages, and a beer garden. I think you can also order up some wings n shit here too. 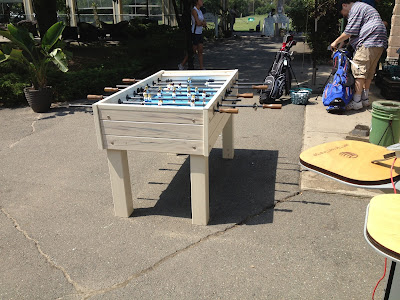 Foos-ball for bored kids--they thought of everything here at the RIGC. 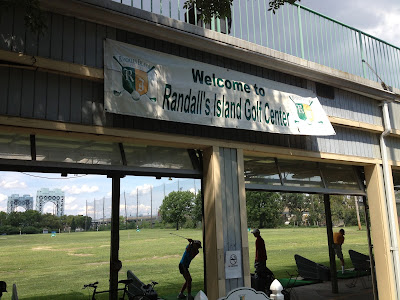 But at last, the meat and potato of our little visit. 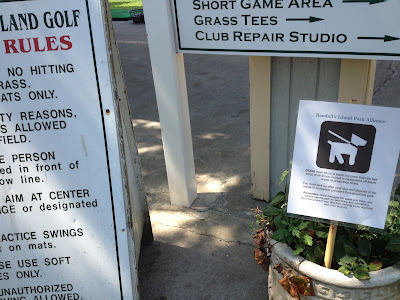 Good news, dog lovers--keep 'em on a leash and they're welcome here, apparently. 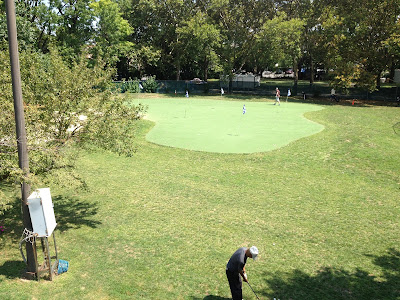 The only place in Manhattan where you can chip balls on grass, legally. 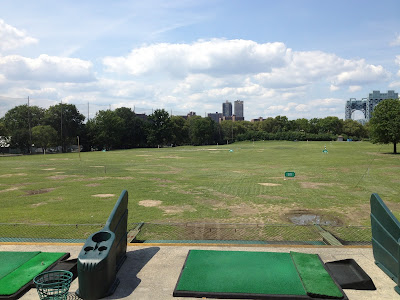 Eureka. The range, as seen from the upper tier. 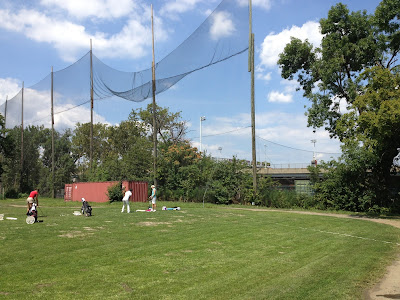 Another minor miracle: pay a little extra for your bucket and you take take full-on divots from this here grass. 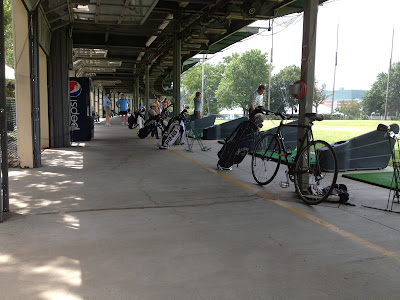 The sun's blazing today so everyone's on the ground floor. 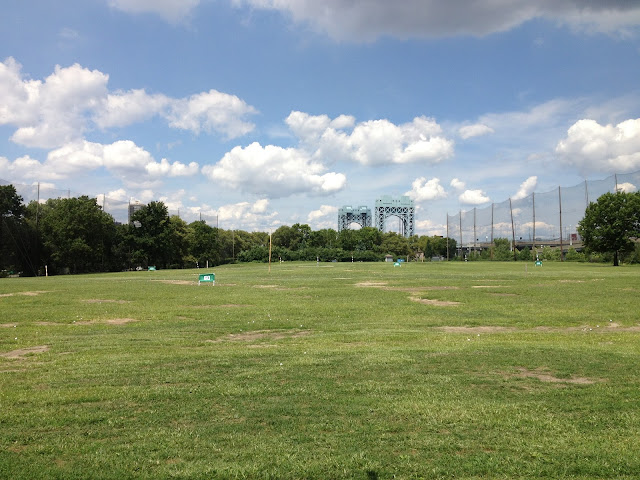 At last, here you are, here's what Randall's Island really has to offer the golfer--a big wide open range to lose yourself in. As far as ranges go it's pretty decent. No mock greens, or even flags stuck in the ground, but there's plenty of yardage signs and striped poles to serve as targets; a person could easily hit a huge bucket of balls here without getting too burnt out.

For me personally it's kind of a long trip getting here. But when I do I usually have a good session. Compared to the rat-cage that is Chelsea Piers, they do a yeoman's job of serving the NYC golf junkie's needs here.
Posted by Legitimate Golf at 9:43 PM