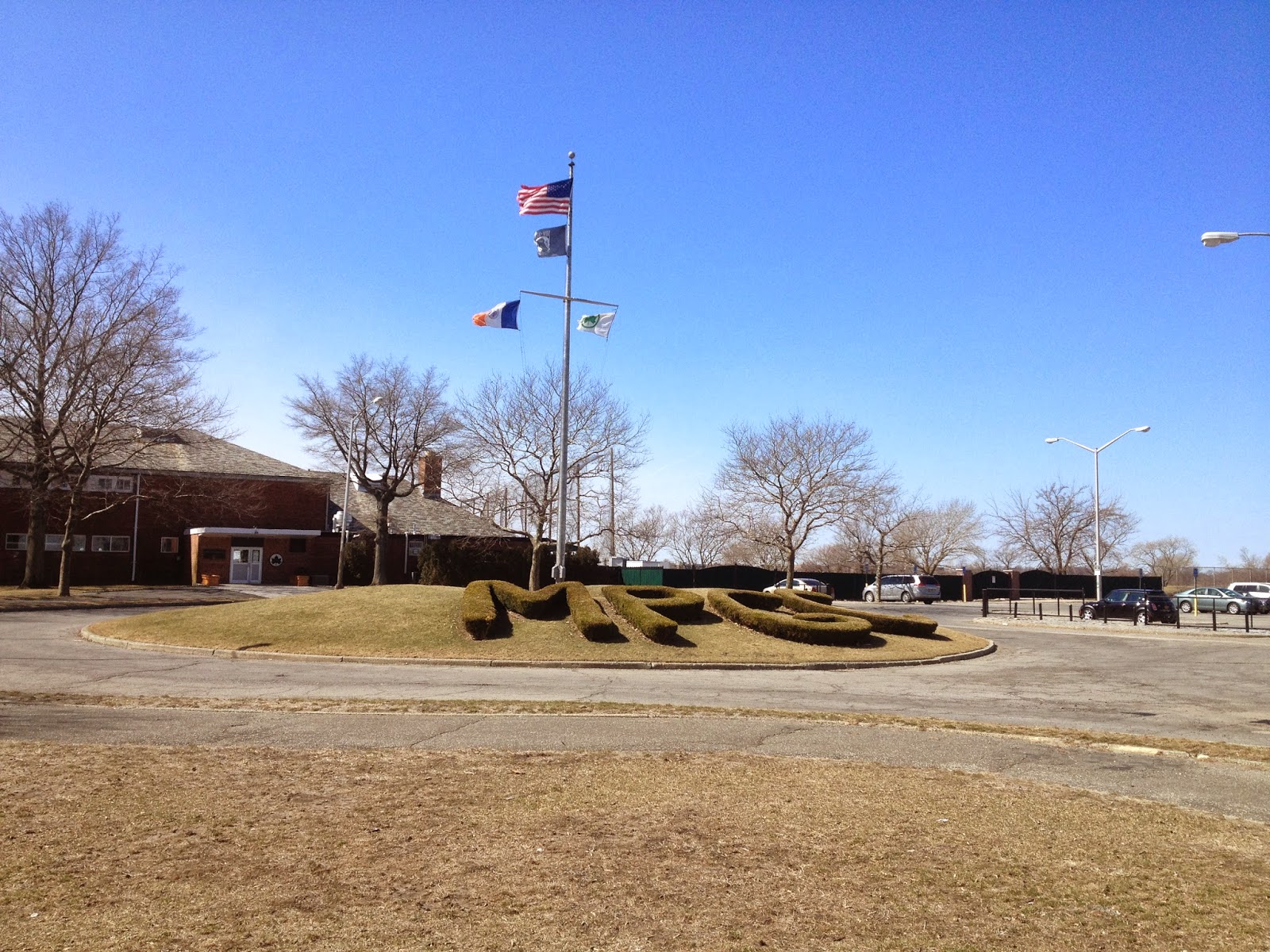 It feels like we're still in the Little Ice Age of 2014, but at least the snow's gone now which means everywhere's open. However it's still a play-at-your-own-risk situation as I found out over the weekend.


I hadn't been to Marine Park in a few months, since the Brooklyn Open in back in October. It'll be nice to go back there, I figured. 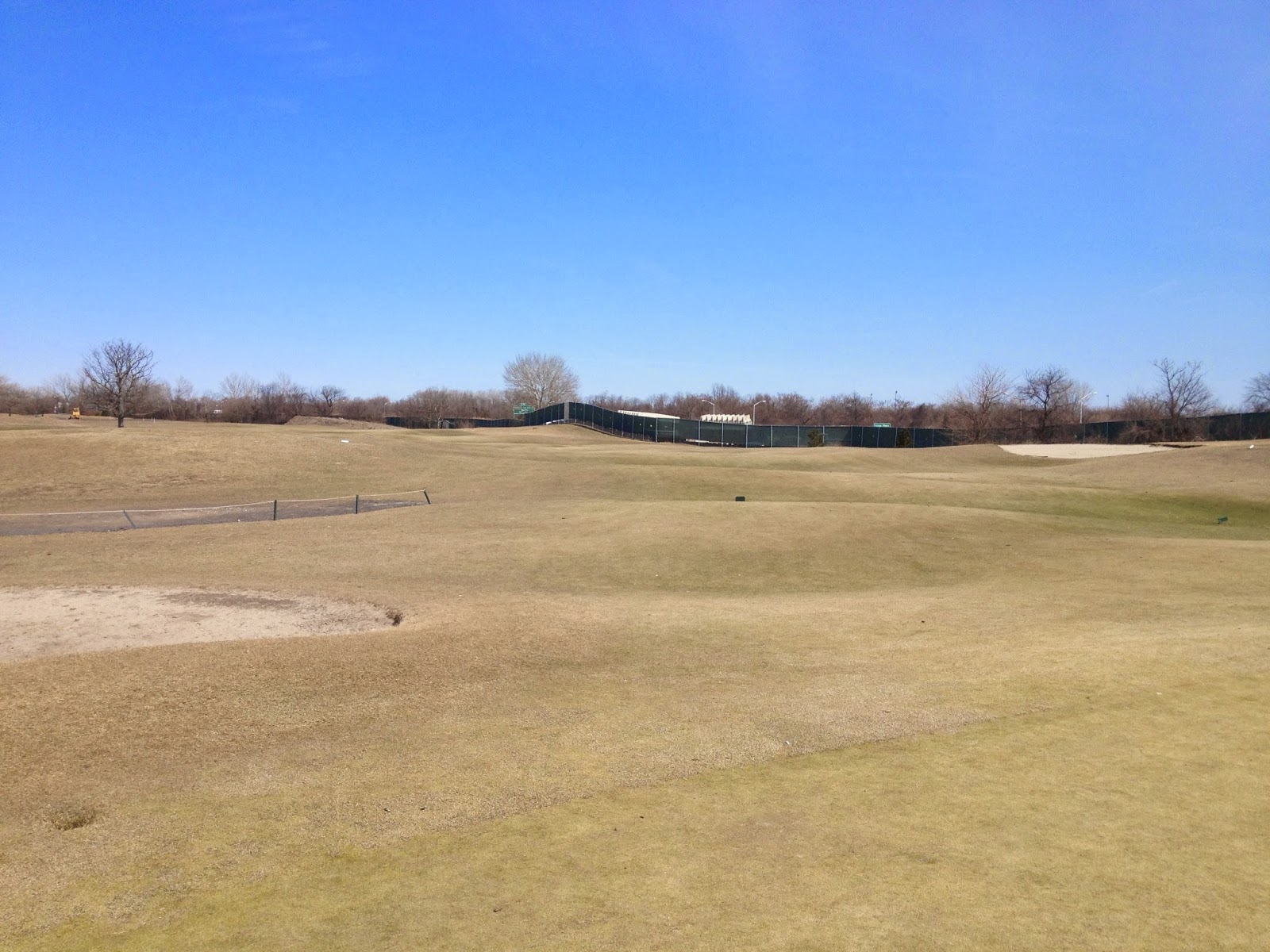 Initially, it was good to see the course after all this time away. The straw-colored dormant grass on the rolling fairways gave a kind of mid-summer British links appearance, which was pretty cool actually. 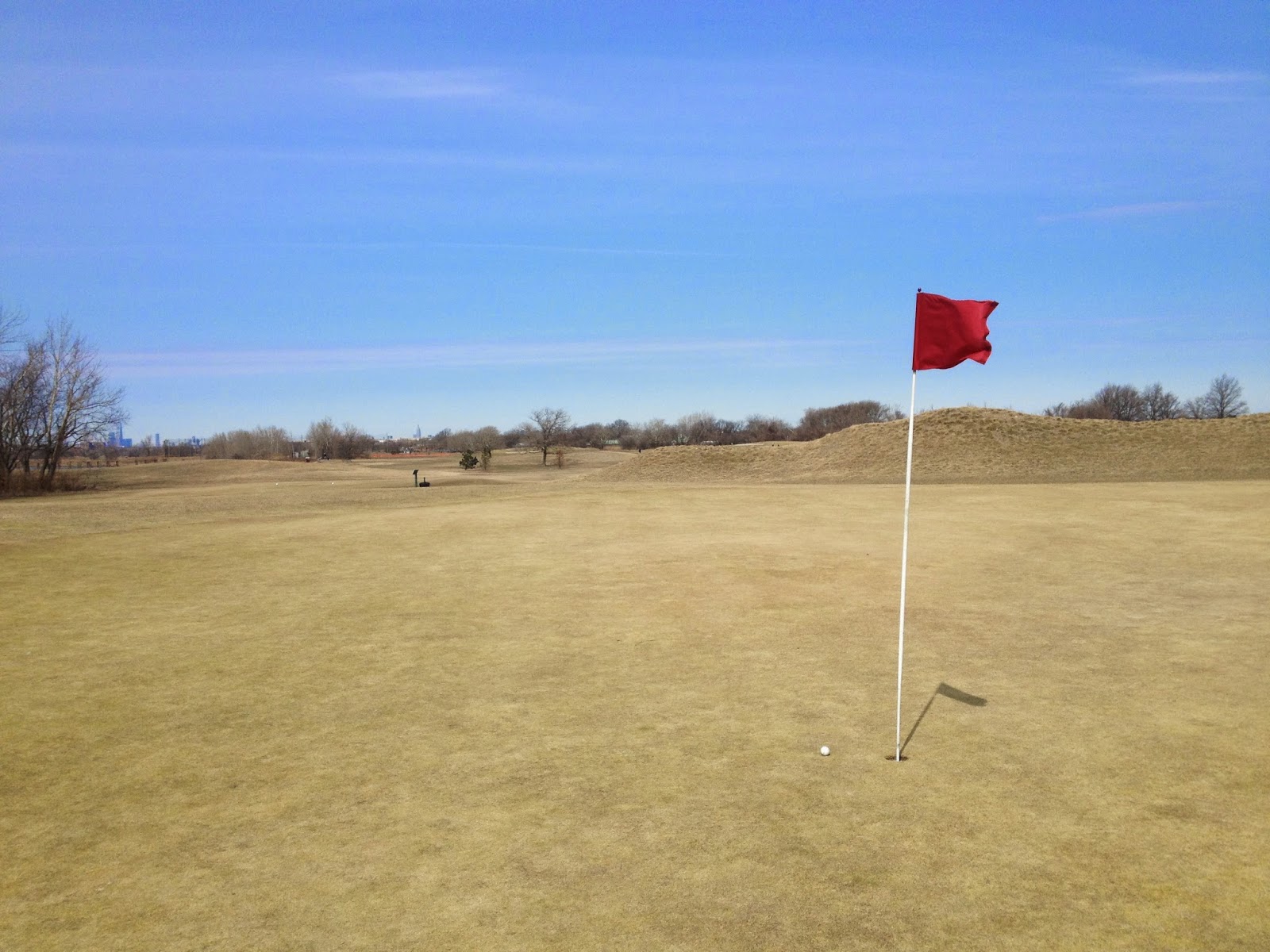 After two holes though, I remembered exactly why I hadn't been here this winter, the last winter, or any winter ever. The cold hits this place something awful. Situated right off Atlantic waters and with no large trees to buffer it, it's completely exposed. The greens are elevated and thus even more exposed; on top of that they're severely sloped, and God help you if you get yourself in a downhill, downwind putt situation.

I got a deal that included cart, but at this point I'm wondering how much of a perk that really is. If I have to pay extra, I'm rarely going for the cart, but if it's included in the deal, why pass it up. (When you ride a bike everywhere you know all too well the hard work that goes into creating locomotion.) 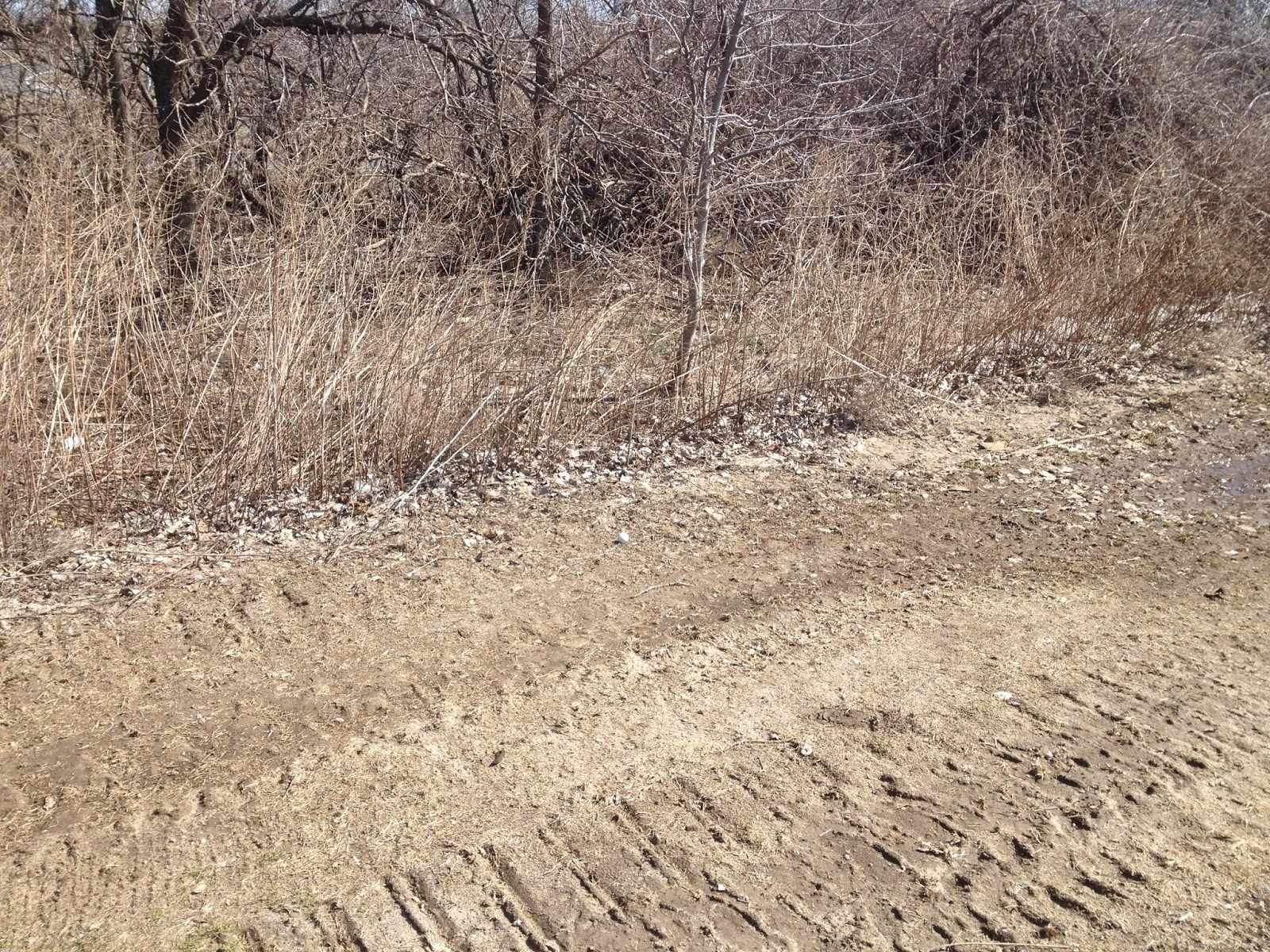 Terrain is rough and cart paths in bad shape everywhere in NYC, but Marine Park is probably the most offroad of them all. There are sparse few lengths of actual paved paths, and surface of the moon features mean you really have to watch where you are driving. Even if you drive slow and careful it's a rough ride, all freaking day. The club chatter was almost unbearable. I winced and died a little with every bump and violent rattle of clubheads being mashed together--soft, forged metal clubheads. 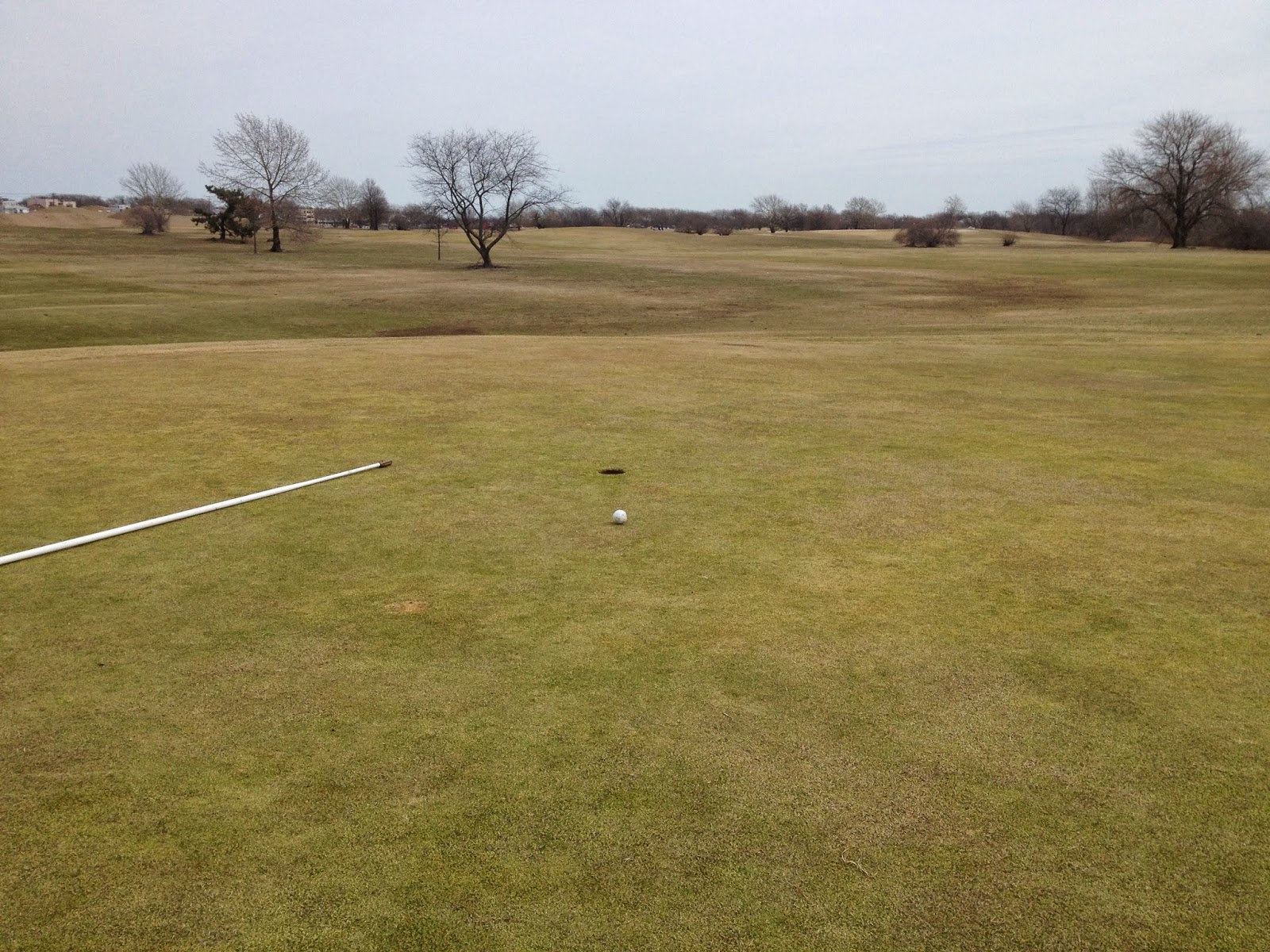 Playwise things were pretty bad from the start and stayed that way the whole round. The wind was steady all day, gusting up to 30 mph or so. The turf was soft from a bunch of rain a couple days before, making the course play very long. Even chip shots would die on impact. Really confusing conditions. Putts into the wind would come up short, downwind putts would keep going and going.

Which is all just to say that I shot a 97, with a terrifying 40 putts. I didn't play great but not that bad either. What can I say, I got roughed up. Did I mention it was cold? Low 20s with windchill. I guess I got too comfortable with winter golf. I made the mistake of thinking winter golf was my friend. No, winter golf is a wild animal, and today it was in a foul mood, I got too close and ended up getting bit in the face. 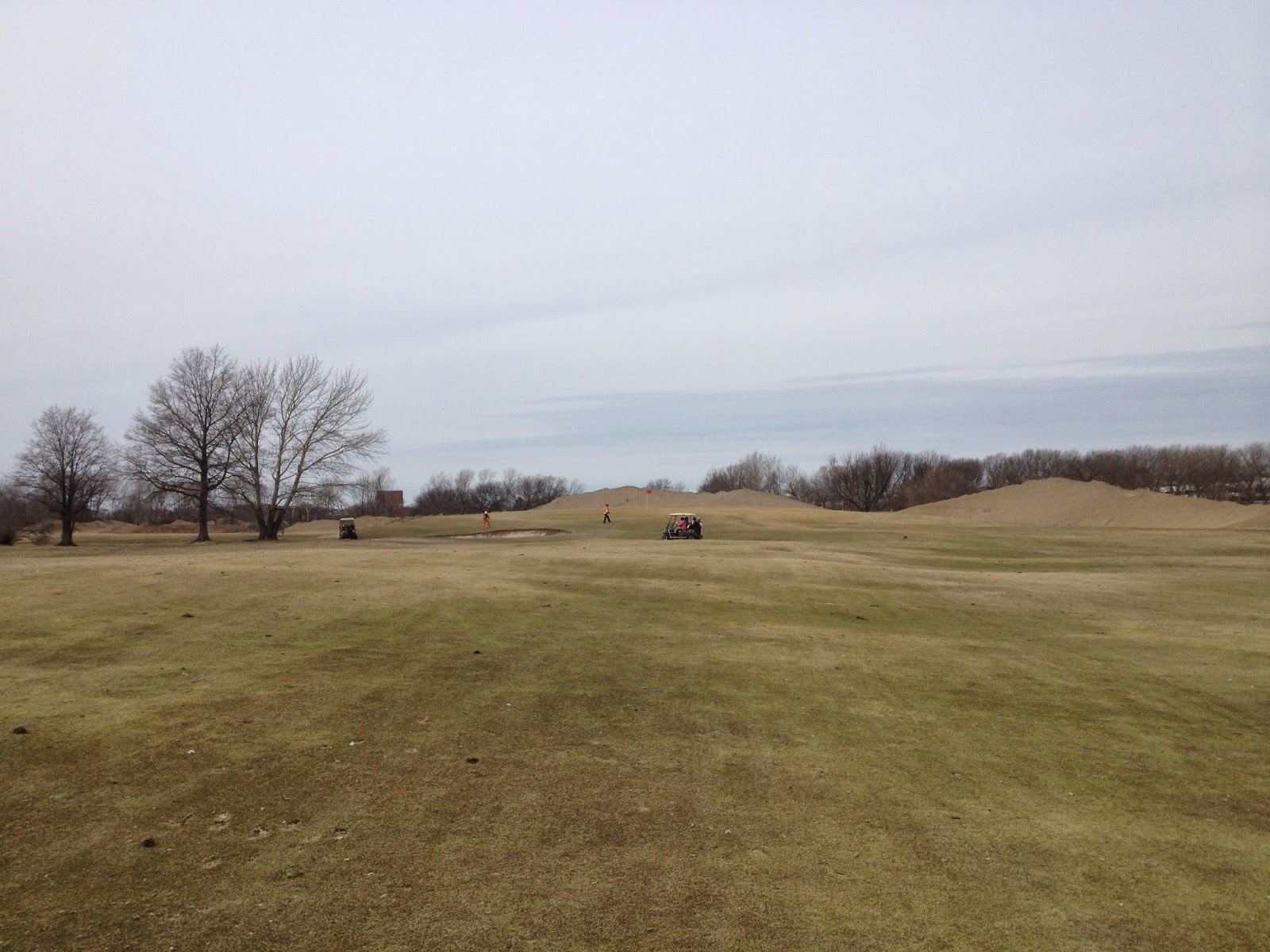 To make things a little harsher even, it was kind of busy out there. I was able to use the cart to skip around most of the trouble, but on my second to last hole I ran up against a foursome of short Korean women in two carts. It was on the par-5 10th hole, which is about a mile long, and today straight into steady 25-30 mph wind. They inched their way down the fairway while I just sat behind in my cart shaking my head, amazed at this remarkable display. One at a time they would step off the cart, grab a fairway wood, remove the headcover, drop it on the ground, practice swing, punch the ball 50-60 yards forward, pick the headcover up off the ground and put it back on, get back in the cart. Among the four of them they must have taken about thirty shots just to get to the green, where each of them four or five-putted. The existential limits of how slow people can play golf were stretched, I'm sure. The thing that made me mental was the headcovers. If not for the headcovers, I wouldn't have mentioned any of this. 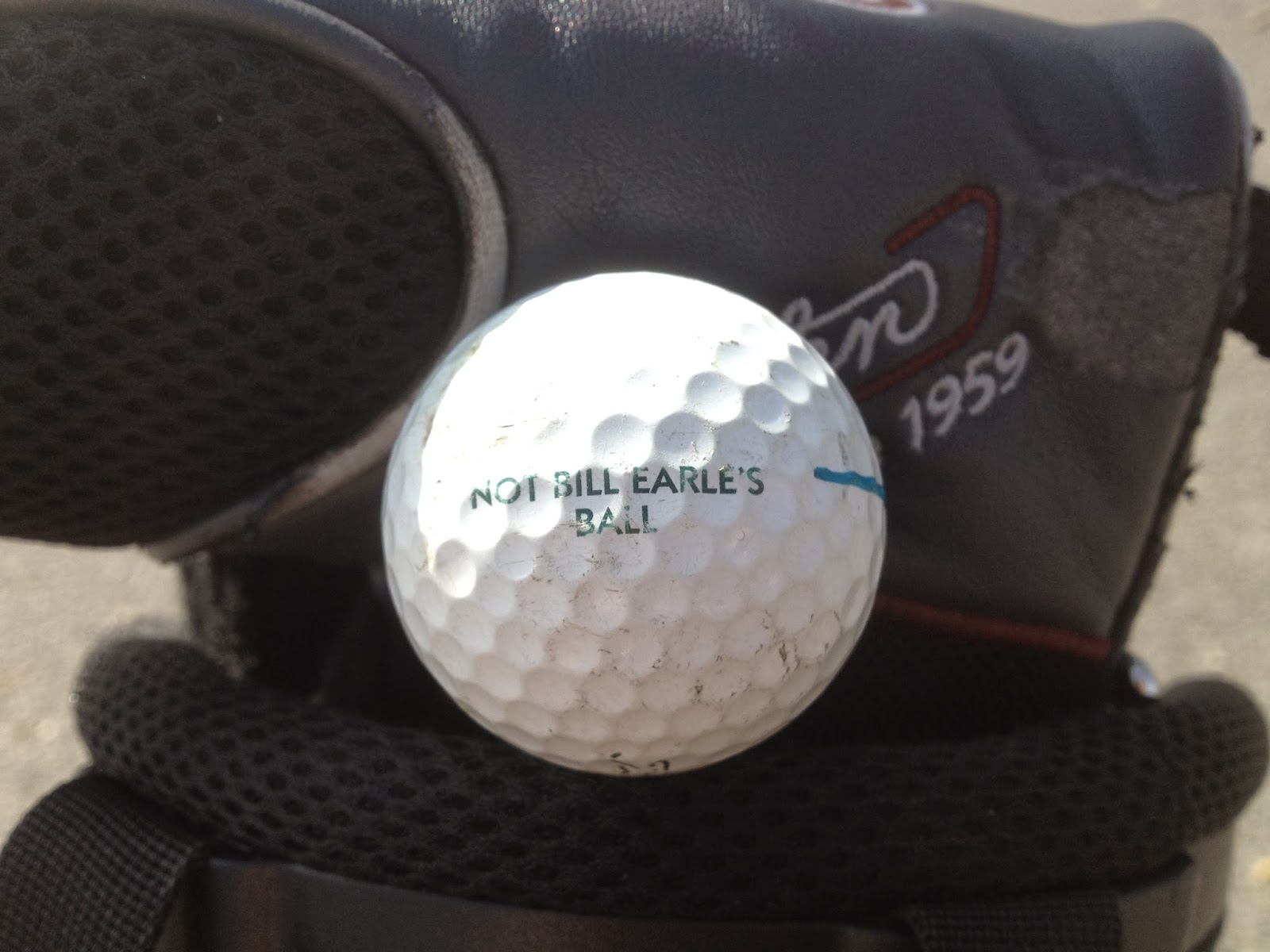 Also sorry to say that I lost Not Bill Earle's Ball after six holes, after a yanked drive. Well, it was an exceptional run. We made it to 85 consecutive holes together. I was hoping to make it to a hundred just for a goof, but the thing was on its last legs anyways. The finish was worn off and there were some bad scuffs. Even if we'd made it to a hundred and the ball lived to see retirement, what would I have done with it, put it in a display case on a shelf? I don't think so. No, it had a good life. It saw a variety of courses, made a bunch of birdies (7!) and generated way more good times than a typical urethane-covered ball gets to in one lifetime. Plus it was immortalized in its own blog post, what more do you want, move on.
Posted by Legitimate Golf at 8:17 PM